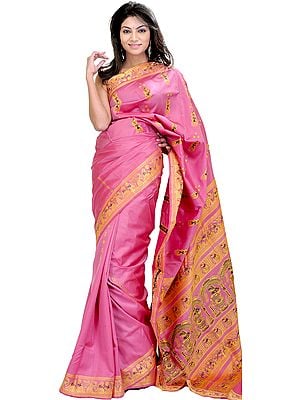 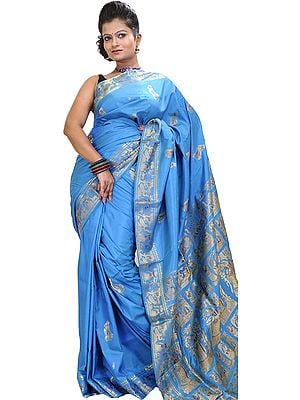 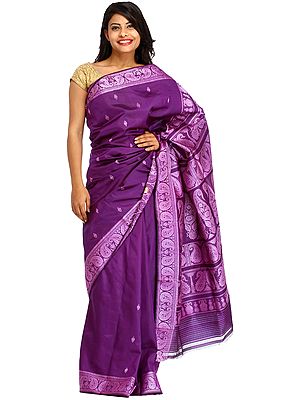 Petunia-Purple Baluchari Sari from Kolkata with Woven Bootis and Paisleys on Aanchal
Blouse/Underskirt Tailormade to Size
$243.75 $325.00  [ 25% off ] 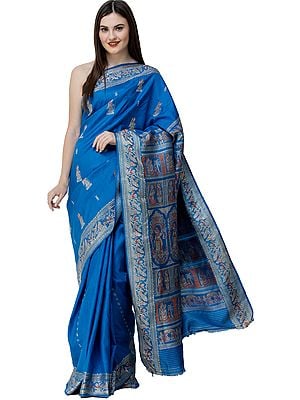 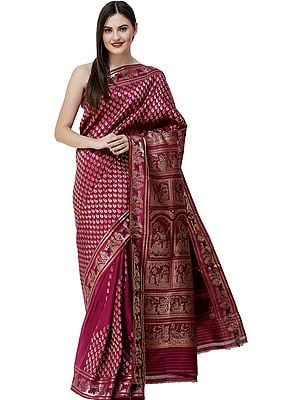 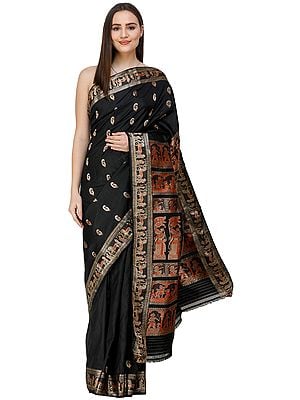 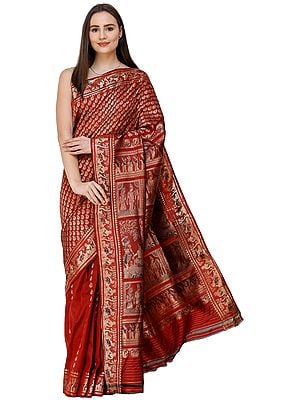 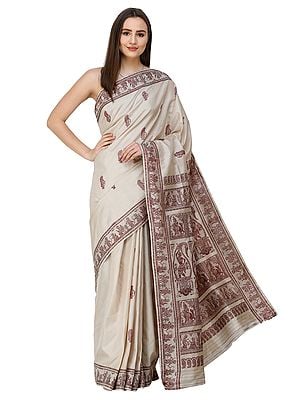 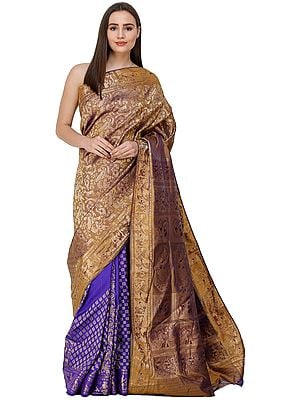 Baluchari sarees are being created from the time of Nawabs. The weave often features certain scenes from Ramayana as well as Mahabharata and it adds a special touch to this masterpiece. The lifestyle of Nawabs is often reflected in these beautiful sarees and different shades of women are portrayed. The sarees also document the cultural changes and remarkable discoveries that changed the live of the people.

Baluchari saris were initially produced from Murshidabad, but Bishnupur came into the scene later. The saris got geographical indication and it is prepared in approximately seven days. These sarees have a rich history and the first baluchari was prepared 200 years back. Murshidul Khan was Bengal’s ruler at that time and he introduced this art in Bengal. The art came from Dhaka and it influenced a tiny village called Baluchar in Murshidabad. The world baluchari is made up of two small words – ‘balu’ and ‘char’. Balu means sand while char means river bank. Baluchari sarees passed many eras and a specific theme was used in each era.

The art was indigenous to Baluchar, but the fast-flowing river Bhagirathi kept on changing its course. The villagers had to change their dwelling spot and eventually they shifted the trade to Bishnupur. The trade flourished here and the weavers earned a good livelihood. In the middle of the 20th century, Baluchari weaving was revived, when the threat of the British passed away. A specific weaving was introduced and the process was greatly simplified. This brought down the production time and a new era started. In this period, the sarees featured religious texts, featured motifs, etc. Weavers from Bishnupur still continue this practice and they have taken the craft to a whole new level.

The manufacturing process involves five major steps. The first step is cultivation of silkworms to create a durable fabric. Raw silk is generated from this process and the yarn is prepared after that. The processing begins after this step and the raw silk is softened with the help of a chemical solution. The third step is extremely important as the motifs are created here. Artisans draw the design on graph paper and then the colouring happens. Weavers take charge after that and a time span of 5-6 days is generally taken, after the introduction on the jacquard loom. Quality checks are done at every step and this is done till the end.

Baluchari sarees are mainly of three broad varieties and the differentiation is done on the basis of threads used. Baluchari (resham) is the first variety and 1-2 colours are used to form the body pattern. The second variety is Baluchari (meenakari) and in this saree, a bright coloured meenakari work is featured, which brightens the entire pattern. The third variety is called – “Swarnachuri”, which features threads of golden colour. Moreover, baluchari sarees are made from environment-friendly materials. The demand of Baluchari sarees has increased hugely, as people never stop making fashion experiments. 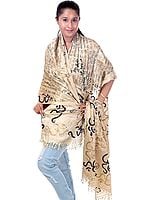 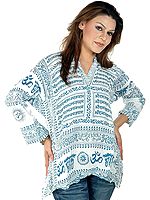 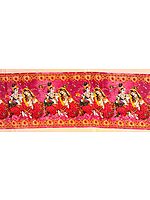 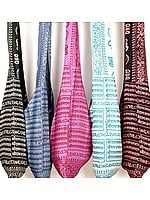 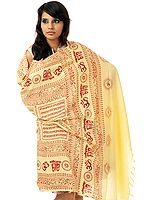 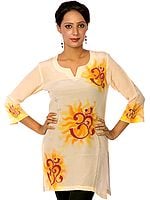 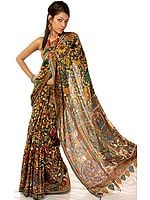 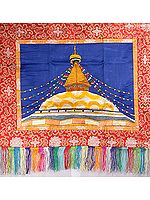 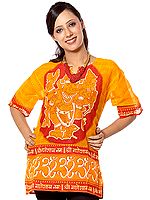 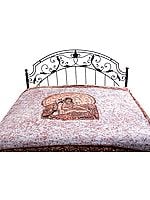