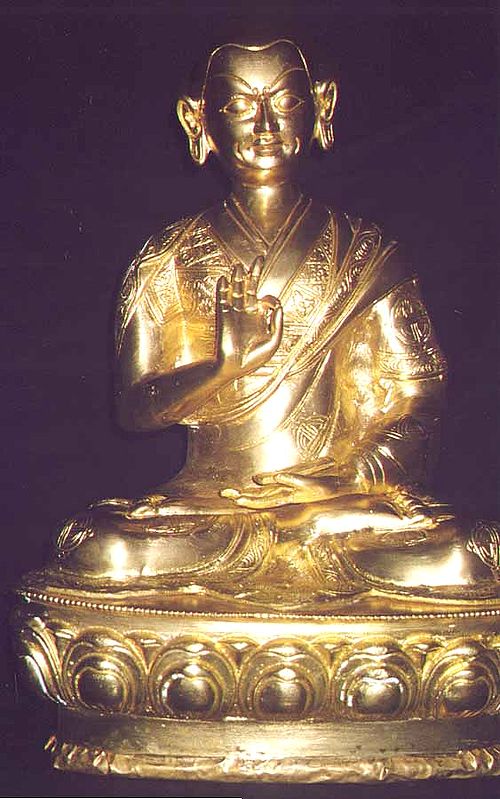 $155.00
Notify me when this item is available
Save to Wishlist Send as E-card Share by Email
Lama Gyaltsab Je was born in Tsang province of central Tibet in 1361/1364. He became a Buddhist monk of the Sakyapa sect and received the highest degree, Kachu, for which he was tested in ten subjects. Subsequently he became the favorite disciple of Tsong Khapa and transmitter of his teachings. After the demise of Tsong Khapa in 1419, he became the first Ganden Tripa, the throne holder of Tsong Khapa at Ganden monastery. Ganden Tripa is much revered in Tibet and is often considered a substitute of Tsong Khapa.

This description by Dr. Shailendra Kumar Verma, Ph.D. His doctorate thesis being on the "Emergence and Evolution of the Buddha Image (from its inception to 8th century A.D).