KUBERA - The Lord of Wealth 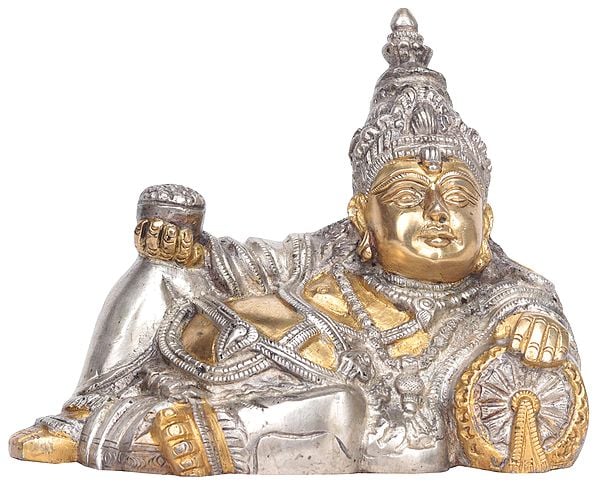 $158.00
Kubera (Sanskrit: कुबेर) also known as Kuvera, Kuber or Kuberan, is the Lord of Wealth and the god-king of the semi-divine Yakshas in Hindu culture. Kubera is described as the embodiment of both Artha ("wealth, prosperity, glory") and Arthashastras, the treatises related to it—and his iconography mirrors it. Some other Hindu epics describe him as the God of riches and the wealthiest Deva (Hindu God). Kubera is often worshipped with Lakshmi for wealth and success, especially during Diwali, in houses as well as business establishments.

The captivating statue of Kubera in brass is portrayed as a dwarf-like, plump man, with a large paunch and a complexion of lotus leaves. Attired with a pleasing Dhoti and is adorned with various heavy jewellery all over the body including the necklaces kissing his large belly and carrying a money-bag or pot (which symbolises his wealth) full of gold coins and a sheaf of jewels in his hands & sporting a gorgeous extended conical coronet on the head.

He is described as having three legs( here the third leg could be seen between his left leg & the side of the masand), only eight teeth (might be – here his mouth is locked). On his eyes, it is said that he has only one eye and the second eye is yellowish, (but here we see two normal eyes instead of one ). Here Kubera is sitting in such a luxury manner besides a beautiful MASAND as if watching the grand salsa-dance of the nymphs( apsaras). It is believed that Kubera grants gold and other precious metals from his treasury to his devotees who chant his mantra ‘Oṃ Shaṃ Kuberāya Namaḥ’ 108 times. One should never miss this golden opportunity – rare to repeat.