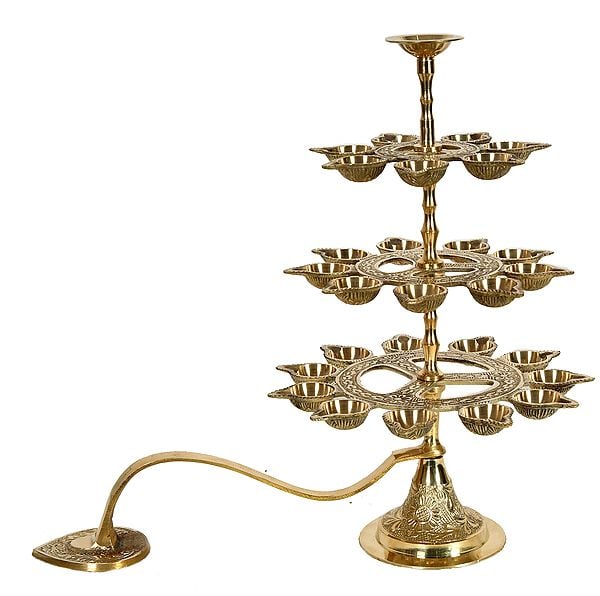 ¥21840
Lamps and aaratis are typical features of an Indian temple. They give off prakasha (light) and dhvani (sound), respectively, both of which are sattvaguna-predominant. They are integral aspects of ritual worship in Hinduism. The work of brass you see on this page is a handheld lamp, which doubles as an aarati implement. In obscurer temples of the South and the East, the priest is seen to be holding it in His hands and motioning it before the burning eyes of the deity. Each of the dias on this composite lamp have deep-seated bottoms (zooming in on the same would enable you to appreciate the depth as well as the uniformity of the handiwork). Their outer walls, miniscule as they are, are engraved with a bunch of angular curves, which testifies to the skill of the artisan. Once they are filled up with ghee and the resting cotton wicks all lit up, one may hold it up as a flaming offering to the devi or deva. This is the aarati of Indian culture, a highly composite image when it comes to the interpretation of the trigunas.

The shapely base of this lamp is engraved with petals and tendrils, which is best appreciated by zooming in. From the same rises a narrow, wavey-walled stem along which are three concentric trays of dias, their numbers descending upwards. A singular dia on the top and a distinctive handle for the priest complete the composition. 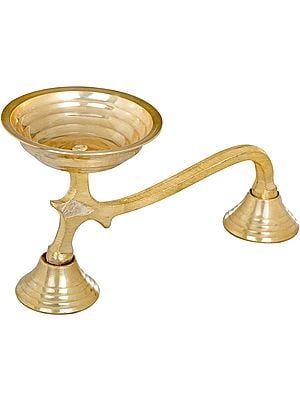 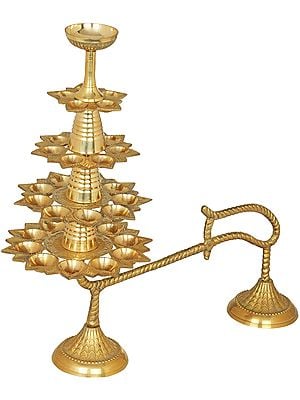 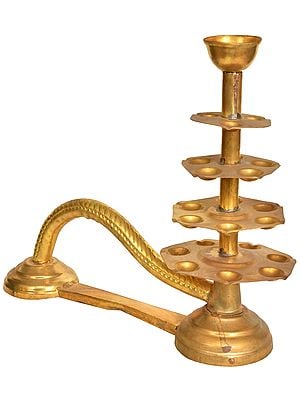 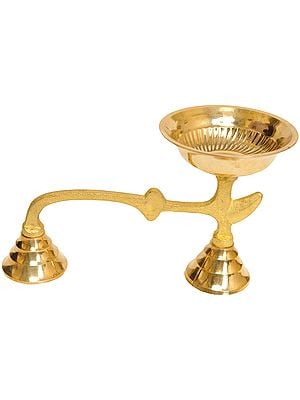 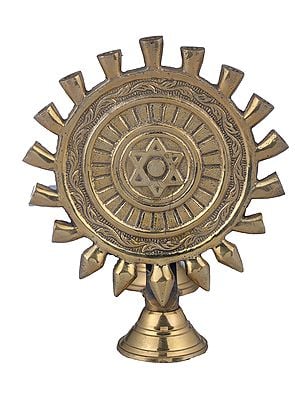 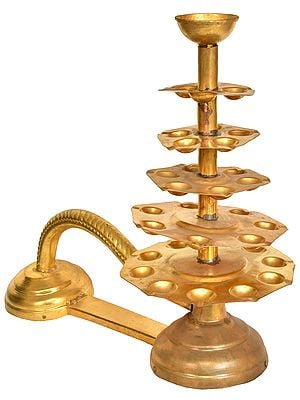 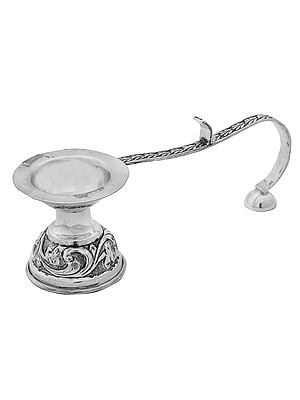 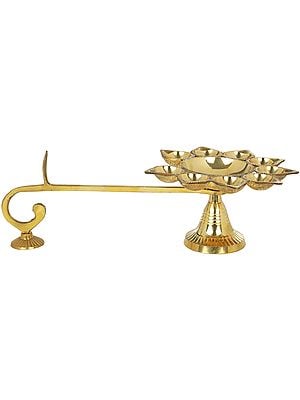 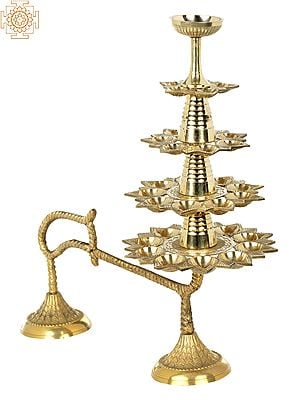 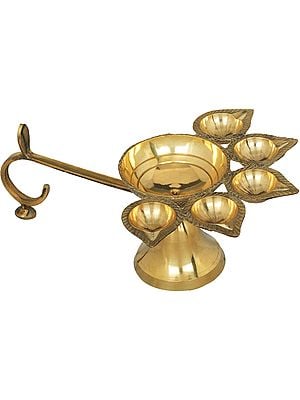