Elephant with a Lotus Flower for Offering (Tribal Statue) 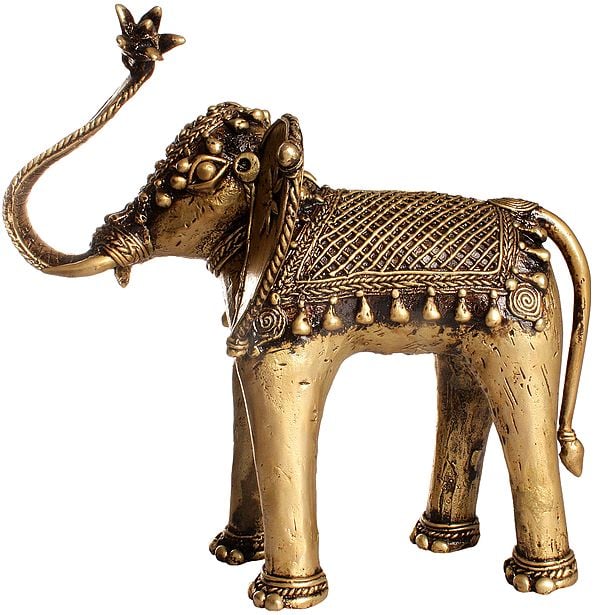 Elephants are an apparel to any tribe, symbolizing strength and power because of its huge structure. Tribal elephants have a unique pattern and style when moulded in any art form and represent a link to nature, dignity, longevity and patience. As the one moulded here is depicted with slight long legs and a comparatively thin torso with the flattened trunk that holds a lotus flower reaching the sky, proves to be a rigid source of good luck and happiness; adorned in a meshed cloth laid at his back with tassels that hang on both sides at equal distances.

Another striking feature is the extreme ornamentation on the elephant’s wide forehead along with the distinctively flower tattooed ears and large open eyes carved realistically. Elephant holding a lotus is revered worldwide because of its attributes of protection and arrival of new beginnings; this tribal elephant with an upraised trunk and a lotus represents its gesture of paying obeisance to its master by offerings flowers.