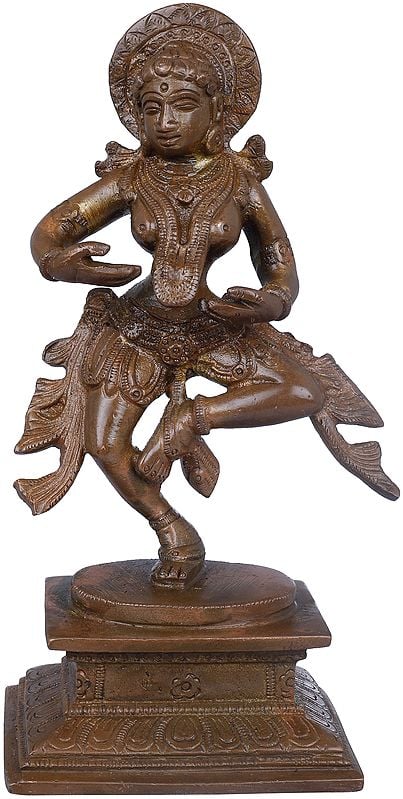 The classical Indian dancer is depicted as dancing Dakini. Her features expressed in lucid details, in a dancing position that saw her left foot bent at the knee rightwards and resting on her right leg, appearing as though she is swaying in a fluid-like dancing motion. She is adorned beautifully and elegantly in jewelry, radiating graciousness as though she was divine. She is wearing a single piece of ornate sash around her waist with an ample jewelry draping from her neck, passing in between her breasts.

The sheer beauty of this classical Indian dancer portrayed in this sculpture is traced to the divinity of the Devi, whose graceful dance is a manifestation of nature, fertility, cosmic force, and celestial nymphs like the apsaras. This is a very finely captured sculpture that reminds one of the feminine divinities and heavenly bodies like the Dancing Devi, Apsaras, the archetype goddesses, and other female deities.