Charged with Symbolic Meaning (Or How to Be Free From Fear) 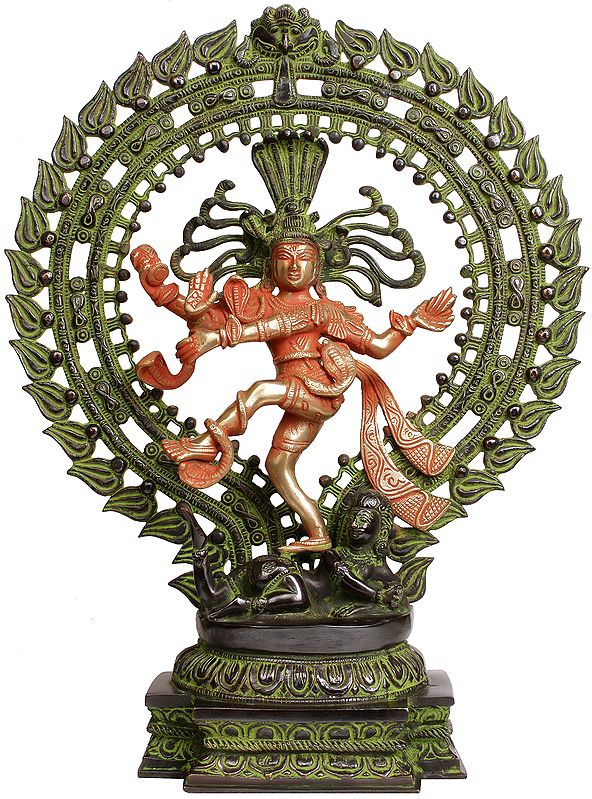 $575.00
Every detail of the splendid plastic creation that is Nataraja is charged with symbolic meaning. Let’s begin with the arch framing the figure. This is the arch of nature which Shiva Himself has created and which frames and reveals Him, as the sanctum of a shrine houses the icon. The arch is decorated with flames at intervals, all along its length. Each flame is really a cluster of three flames, and they represent 1). The cosmic energy that manifests itself as the sun in the depth of space, 2). As lightning in middle space and 3). As fire on earth. One foot crushes Apasmara, the demon of ignorance and fantasies. It is this demon who stands between us and the realization that the cosmos is the dance of the deity, not the mindless gyration of matter. The protective gesture of one hand, and the uplifted foot to which the other hand points, indicate that those who seek their sanctuary at the feet of Nataraja will will be free from fear, far from the existential angst that always springs from the feeling that the world and existence are governed by chance and necessity.
Notify me when this item is available
Save to Wishlist Send as E-card Share by Email

Free Shipping. Delivered by to all international destinations within 3 to 5 days, fully insured.