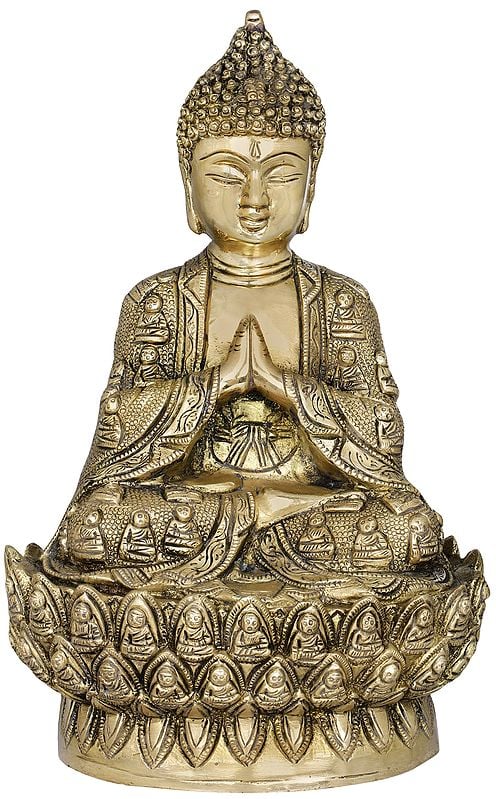 Buddhism is one of the primordial religions of Nepal, started by Siddhartha Gautama, the historical Buddha. His namaskar or Anjali Mudra is an action of prayer and adoration, and this padmasana posture, also called lotus posture is symbolic of him in his dhyana.

At the time of birth of Siddhartha Gautama, it was said that he was the last in this perpetual series of existences, but in the later forms of Buddhism, the theology grew and so did the number of Buddhas to a series of 8,9,24,32,35,52…..1000, with its symbolic value of infinity representing the ‘Thousand Buddha Wall’.

Here he sits on a blooming double lotus as a mark of purity, with the remarkable small Buddha postures engraved boldly on every single petal, forming a stupendous throne. He wears a long mind-boggling self motif robe with a thick spectacular border and the most enticing part is the sculpted images of small size Buddha on the robe scattered evenly back and front giving it a more assembled and charming look.

Buddha’s coiled hair represents the pointed neat cap of spiral shells formed by snails, while he was meditating in the scorching sun, to protect him from sun stroke. Slight mark on the forehead in the centre represents his third eye of wisdom and knowledge. The sight of this benign deity with a sharp complementing robe and structure of lotus illustrating the continuous increasing number of Buddhas in the later forms of Buddhism accentuates his stardust. 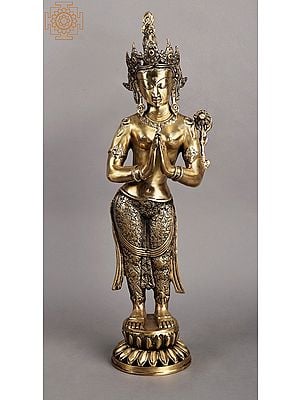 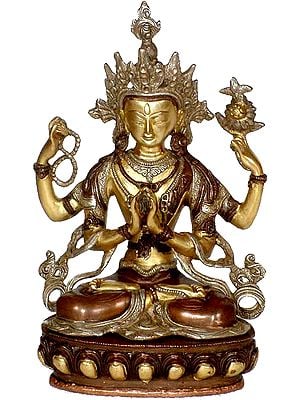 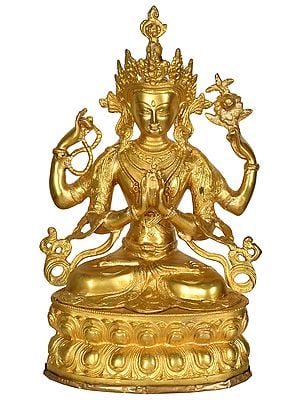 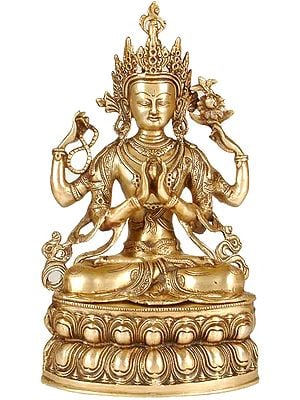 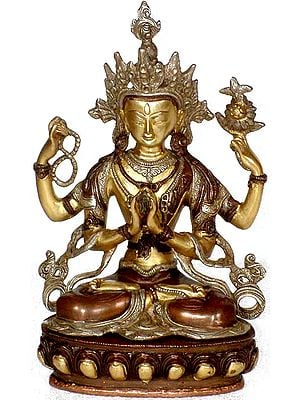