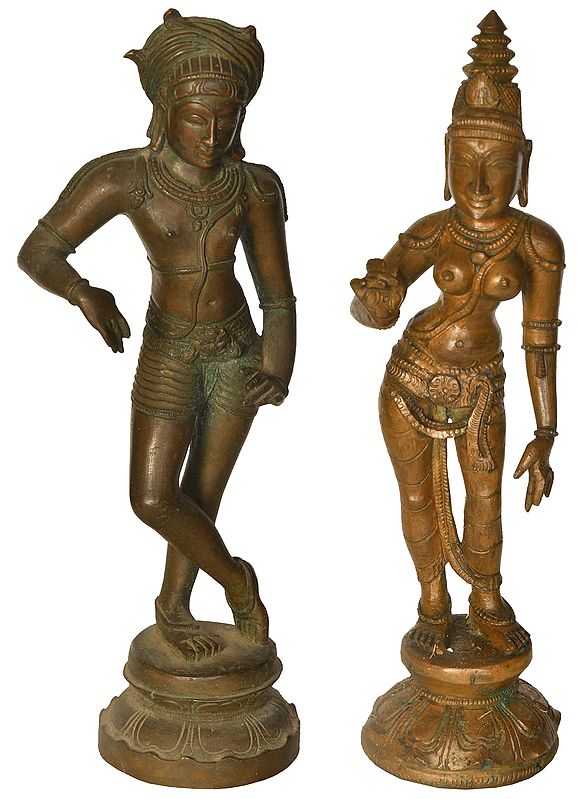 This is a Bronze figure of Shiva in the form of Vrishavahana (one whose mount is the bull). In this form, he is always accompanied by his bull and his consort Parvati or Uma. But often we can also see him, just in a posture suggestive of leaning on the bull when it is absent, as is the case with this sculpture. Some sculptures also have an absence of Parvati. This form of Shiv does not represent any particular myth. In the earliest lithic examples in Pallava art, he stands without Parvati in front of his bull in a relaxed posture with one of his right arms resting on the animal.

The aesthetic appeal of the bronzes is inexplicable. The sculptures are highly elegant and are strongly modelled with heroic proportions and majestic bearings. The Vrishavahana form of Shiva is highly different from the usual iconographic depictions of Shiva. Here, he looks like an ordinary human being without spiritual and supernatural elements. At the same time, Goddess Parvati is depicted almost the similar way she is normally seen, clad in grand costume and elaborate jewelry. This is an authentic original bronze Statue from Swamimalai.