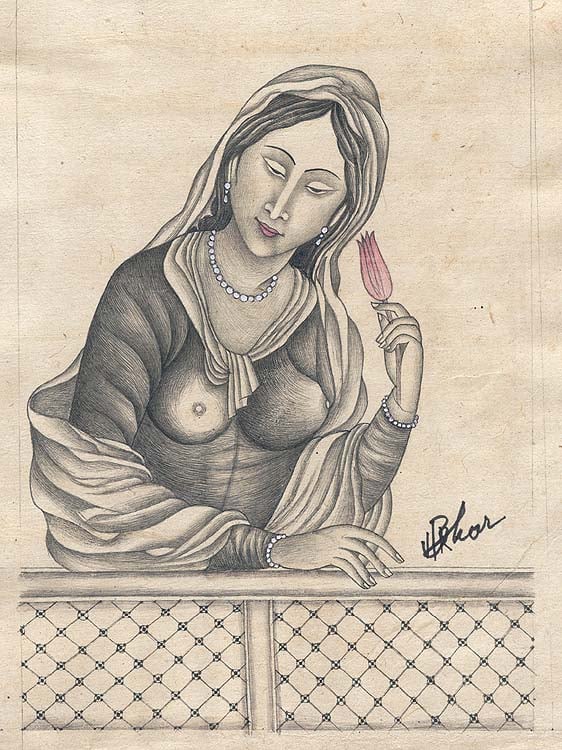 Our Lady of the Mughals

$155
Quantity
Notify me when this item is available

Fair trade
The later Mughals were deeply curious about the religious art of the Christians. The pictures and engravings brought by the Jesuits were carefully studied by the artists.

This monochromatic picture is loosely inspired by European models, the Mughal style having been modified as the radically different aesthetics and image of the West is absorbed. Standing next to the balustrade, holding a lotus is archetypal Mughal pose but the angle at which the head bends, the pointed chin, the downcast eyes are strongly reminiscent of the images of 'Our Lady'. Her attire is western; a shawl covers the head, falling behind the shoulders and brought in front over the forearms, exposure of the ample bosom is a surely Mughal characteristic; the fusion of the two styles blending in a manner to produce such a lyrical work.

The artist seems content with his monochrome palette. He, however, adds a touch of pink to the flower and the flower-like lips.