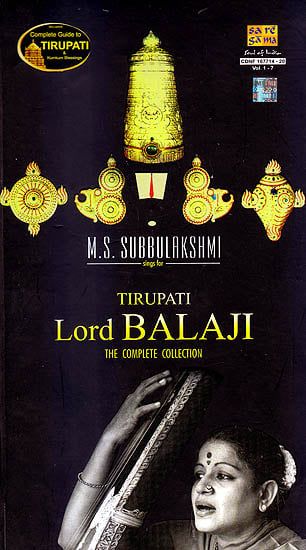 Lord Venkateswara the Lord of the seven hills Lord Balaji the names may be numerous but his influence is supreme. Millions of devotees flock to him the richest God on earth and his blessings are showered on each one unstintingly. The longing for just one glimpse of this mighty God drives the devout into hoppily climbing seven hills and queuing up for hours… That is the magical power of Lord Balaji.

The town of Tirupati is one of the most ancient and spectacular places of pilgrimage in India. It is situated in the Chittor district in southern Andhra Pradesh. The town owes its existence to the sacred temple of Lord Sri Venkateswara situated on the Tirumala Hill adjoining it with a history that dates back to over twelve centuries the temple is the jewel in the crown of ancient places of worship in southern India. The Seschachalam. The seven peaks are called Seshadri, Neeladri, Garudadri, Anjanadri, Vrishabhadri, Narayanadri and Venkatadri.

The sacred temple of Sri Venkateswara is located on the seventh peak, Venkatadri (Venkata hill) and lies on the southern banks of Sri Swami Pushkarini. There are several legends associated with the manifestation of the Lord in Tirumala. The name Tirupati meaning the ‘The Lord of Lakshmi’ has been assigned to the Municipal town at the foot of the hill while the village around the Hill near his temple is called Tirumala.

Direct flights to Tirupati are available from Hyderabad and Chennai Only.