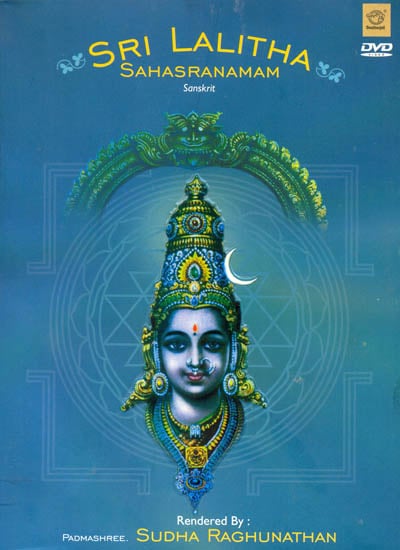 The Divine Mother of the Universe. Lalitha, once gave audience to all the gods. To worship her came crores of Brahmas (creators) and Brahminis (consorts of the creators), and crores of Narayanas with their Lakshmis and crores of Rudras with their Gauris. The different Shaktis who came to do Lalitha reverence were also innumerable, as were the Devas and Siddhas. When they had all worshipped Her, they took their seats, upon which, Sri Devi Lalitha, glanced meaningfully Vashini and others, the goddesses of speech. There upon they began to sing the thousand names of Lalitha, composed by themselves earlier, at her express command. While Devi Lalitha became glad upon hearing the hymn, all those who were assembled there were amazed at its exquisite beauty and puissance. “Declare these thousand names to my devotees. If a devotee recites it even once, I grant him all his desires,” Devi Lalitha told them. The above details are conveyed by Lord Hayagreeva, the horse-faced manifestation of Lord Vishnu worshipped as the embodiment of intelligence, to the Sage Agastya, one of the most revered figures in Hindu lord. The passage occurs in the preface to the Lalitha Sahasranama, a great masterpiece that finds pride of place in the second part of the Brahmananda Purana. (The Puranas are sacred texts which explain the Vedic doctrines, the fountain-head of Hindu philosophy, to lay minds).