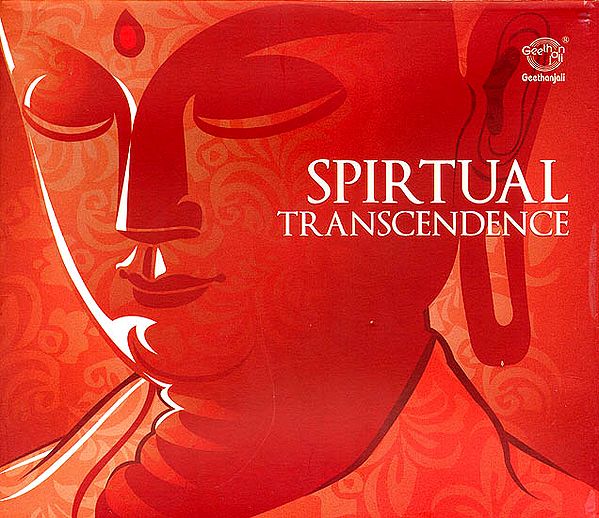 OM- The most basic mantra is OM or Aum, which in Hinduism is known as the "pranava mantra," the source of all mantras. As the creation began, the divine, all-encompassing consciousness took the form of the first and original vibration manifesting as sound "OM”Before creation began it was "Shunvakasha", the emptiness or the void. Shunvakasha is more Than nothingness, because everything existed in a latent state of potentiality, The vibration of “OM” symbolizes the manifestation of God in form. "OM" is the reflection of the absolute reality, it is said to be "Adi Anadi'', without beginning or the end and embracing all that exists. The mantra "OM" is the name of God, the vibration of the Supreme. When taken letter by letter”A-U-M" represents the divine energy (Shakti) united in its three elementary aspects: Bhrahma Shakti (creation), Vishnu Shakti (preservation) and Shin Shakti (liberation, and/or destruction). In Hinduism, Om corresponds to the crown chakra and diamond white light.

OM Namah Shivaya - This mantra is called Panchakshara, or "having five syllables" -(Nama Shivaya) preceeded with Om. Nama Sivaya has such power, the mere intonation of these syllables reaps its own reward in salvaging the soul from bondage of the treacherous instinctive mind and the steel bands of a perfected externalized intellect. Nama Sivaya quells the instinct, cuts through the steel bands and turns this intellect within and on itself, to face itself and see its ignorance. Sages declare that mantra is life, that mantra is action, that mantra is love and that the repetition of mantra, japa. bursts forth wisdom from within. Na is the Lord's conceal in!, grace, Ma is the world, Si stands for Siva, Va is His revealing grace, Ya is the soul. The fiveelements, too, are embodied in this ancient formula for invocation. Na is earth, Ma is water, Si is fire, Va is air, and Ya is ether, or Akasa. Manv an: its meanings.

Atma Shatakam - The great Adi Shankara (first Shankaracharva) of the eighth century '.summarized the entirety of Advaita Vedanta (non-dualistic philosophy) in six stanzas. When a young boy of eight, while wandering in the Himalayas, seeking to find his guru, he encountered a sage who asked him, who are you?" The boy answered with these stanzas, which are known as "Nirvana Shatakam" or "Atrna Shatakam." Nirvana" is complete equanimity, peace, tranquility, freedom and joy. "Atma" is the True Self. The sage the boy was talking to was Swami Govindapada Acharva, who was, indeed, the teacher he was looking for.

Shiva Manasa Pooja - Shiva Manasa Pooja, a prayer dedicated to Lord Shiva, is a unique composed bv Sri Adi Shankara, It is the worship of the Attribute less One (Lord Shiva) i mind I t is believed that Shiva manasa pooja is performed by devotees who offer their min heart to Lord Shiva. 1 t is one of the important srotras or prayers chanted d Shivaratri Puja,

Mahalakshmi Ashtakam - The Ashtakam is a hymn composed in eight stanzas in praise of Godess Mahalakshmi, the divine consort of Lord Vishnu. The Sri Mahalakshmi Ashtaka devotional sloka chanted By Lord Indra (King of the gods or Devas and Lord of Heal' Svargaloka in Hindu mvthologv) in worship and praise of Sri Mahalaksmi, as recorded i Padma Purana (Lotus Purana.) Sri Mahalakshrni is the upayam and the upayam, the mean the goal of liberation and union with the Absolute, She is the mediator betweenthe Jivatman (individual Self/Soul) and the Paramatrnan (Supreme Soul), as well the manifest taken by the Pararnarrnan.

Devi Suktam - In the Hindu Philosophy, Devi Suktam, which is in honor of Shakt primeval energy of life, tells that she stretches the bow of Rudra to kill the hater of Brahman (eternal, unchanging reality) and that she pervades the heaven and earth, She' original power ever at play, Vedanta asserts that the acts of creation, preservation destruction, the Universe itself and all its living beings are the manifestations of Shakti Divine Power known as Maya. The Supreme power and the mother of all Gods Goddesses, Maa Durga is the ultimate primordial being and the demon slaver, This Devi lush black hair, beautiful eyes and ten hands dawned on earth to establish the supn:ma goodness over evil.

Gayatri Mantra - The Giiyatrl Mantra is a highly revered mantra based on a Vedic Sanskrit verse from a hymn of the Rig-Veda attributed to the rishi Vishvarnirra. As the verse invokes the deva Savitr (Sun of God) it is also called Savitri. Its recitation is traditionally preceded by OM(the Cosmic sound) and followed bhur bhuva, known as the mahavyahti (“great utterance”) also reffereing to the three worlds

Mrytunjaya Mantra - The mantra is a prayer to Lord Shiva who is addressed as Sankara and Travambaka. Sankara is sana (blessings) and Kara (the Giver). Travambaka is the three eyed one (where the third eye signifies the giver of knowledge, which destroys ignorance and releases us from the cycle of death and rebirth), Constant chanting of this mantra purities the heart and awakens our perception (third eve or spiritual eye) so that we move into a deeper level of understanding. Simultaneous reflection on its meaning helps to awaken our intuitive faculties.

Shanthi Path - Lead me from the unreal to the real; from darkness (ignorance) to light (knowledge); and from death to imrnorralirv. May auspiciousness he unto all; May peace be unto all. May fullness be unto all; May prosperity be unto all .May the Lord bless the whole world with eternal peace and goodwill. Peace Peace Peace

This album aids to discover the true “Self” by rendering music for the soul. Many types of music influence our moods; but chants/ mantras help to stir the soul and achieve spiritual enlightenment. While music is widely accepted to be therapeutic, Saashwathi believes that spirituality can also result in a cathartic release of emotions and negatives, resulting in a lessening of burdens and achieving purity of mind and soul. By selecting specific hymns and prayers form Hindu religious texts and setting them to complementing melody, she has given the listener easy access to powerful mantras and slokas without undermining their inherent spirituality, yet enhancing their influence with unforgettable melody. Mantras connect the individual with the divine. In the Hindu philosophy, mantras, being sacred sound vibrations, are composed of sacred syllables representative of and containing within, great spiritual power of energy, which can awaken one’s true self. Chanting the mantras in a proper manner generates spiritual energy, facilitating the soul to transcend to higher levels and ultimately leading to liberation and god-union. Continuous chanting of the mantras purifies the consciousness and the mind, promotes harmony on all levels, and helps to dissolve the Karmas just as constant walking over weeds crushes them.

Saashwathi is a young musician cum composer who is the proud disciple of the renowned Violin Maestro, Shri. Lalgudi G. Jayaraman. In her tutelage under him for ten years, she was exposed to the depths of carnatic Music and his ability to create soul stirring renditions. Thought she began her career as a vocalist, her gnawing passion to create music urged her to produce and album at a very young age. She believes that composing/ creating music gives infinite scope for the expression of the soul within. In her experience, Saashwathi discovered that chanting mantras regularly has a profound effect on her inner self. She has released two fusion albums so far. Being a Psychologist, she has also successfully produced therapeutic music for relaxation.