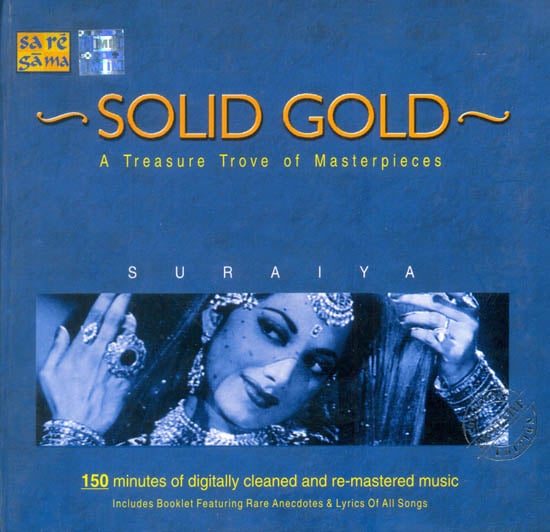 If Suraiya was a very accomplished singer she was also one of the most popular and acclaimed actresses of her time. Almost all her songs were self-sung on screen. That again made her unique. In a world where actresses soon came to project beauty on screen through predominantly one voice, the voice of Lata mangeshkar, Suraiya was her own person, Stately coy and compelling. If Suraiya remained untouched by the sweeping sonority of the Nightingale’s voice it was because she created her own idyllic world of spiritual synthesis between body and soul in one persona. And look at the breathtaking lineup of songs that Suraiya sang to ever-lasting fame? From Ek tu ho ek main hoon in Kanoon in 1943 to Yehkaisi ajab dastaan ho gayi in Rustom Sohrab in 1963? Suraiya Jamal Sheikhaka Kamal remains bemisal!
Says the Nightingale Lata Mangeshkar, “My eyes mist over when I remember Suraiyaji’s stardom. Oh-ho-ho ho ! Kya naam tha unka. I used to just gaze at her long sleek car. I remembered her car’s number by heart. Humlog sochte thay kitne bade artiste hain. I miss Suraiyaji as a singer and a co-artiste. But more than that I miss her laughter and warmth. We did’t meet that often? But whenever we did Suraiyaji was great fun. I remember she’d go home after her shootings and then come for recordings. How simply dressed she used to be, in a light-coloured salwar-kameez often with a blue dupatta? When I met her after a long gap in 1983 when Nurjehan visited India, I saw Suraiyaji in a dark – coloured sari with lots of ornaments? I suddenly remembered her simple appearances at our recordings? She would get down from her trademark car and join us. She had a very endearing habit. She would laugh ostensibly for no reason at all, sometimes in the middle of a take, God knows why. even I’d join her. Once when we were singing a chorus song a third singer got annoyed by this habit of Suraiyaji’s and said Jab dekho hansti rehti hai. Mera gana disturb kar diya. But I loved her laughter.”

Lataji pauses to recall the face that launched a dozens of successful ditties on screen. “Suraiyaji sang mostly her own songs on screen. She hardly did playback singing for others. In my opinion she was a very refined actress. Truly gifted? Her acting was subtle and sensitive. She always looked dignified and cultured. She was incapable of seeming faltu on screen. I remember seeing her singing a Iocomotive song during my childhood in a film called Station Master. All us kids had gone with our mother. For weeks and months after I’d do that train song at home with a toy train on a string. In our heydays she’d be busy with her shooting all day long? I’d be busy in the recording rooms whereas she was in and out of sets? I gave up acting during my childhood. Mujhe acting ke naam pe ghabrahat si hoti thi? Suraiya was slightly older than me? I think I met her for the first time when we had to sing a duet. After that whenever we’d run into each other she was affectionate. I remember meeting her once during her heydays as an actress. When she told she was cutting down on her acting assignments I told her not to doso. But she said she was tired of acting. ‘Man nahin karta hai.

Born in Lahore Suraiya made her debut as a child artiste in Taj Mahal. She was launched as a grownup singing-dancing star in 1944 in Hamari Baat? And the hits Pyar Ki Jeet in 1948 recalls those fragrant days of fun and friendship with the stunning singing-actress. “I called her Bano. She was a bundle of unforgettable qualities. A sublime voice, perfect diction, effortless rendering? But she still insisted she was no singer. She was a lonely heart till the end. During Pyar Ki Jeet we were like two children playing cinema.’ She insisted she was no great shakes as an actress. She had an immense regard for other peoples’ feelings. When I was to get married Suraiya bought saris for the bride. She apparently went shopping for my wedding in a burqa! In the later part of her life she chose solitude. I’d ask her how she could be an island in the vast sea of humanity. She replied,’ I’m never alone. He is with me.’ I’m sure she meant God.”

That godliness oozes out of Suraiya’s full-throated yet coy, voluptuous yet angelic, persuasive yet vulnerable singing in the twin Pyar Ki Jeet ditties provided for our listening pleasure in this tremendous collection of the beautiful and the never-dimmed. As she sings Tere nainon ne chori kiya and O door jane wale, she brings alive memories of an era when an aura of opulent emotions was created through the voice, and when a singer could’be’ many things? Daughter, wife, mother and an individual? Through the lyric of a song

In her songs Suraiya was all of these, and more. She could imbue a sense of pride and dignity into the most common words, and she did all of this without being the least aware of her power. Ravishingly reticent Suraiya represents an era when grace and grandeur could be expressed in song from without a trace of pomposity

The sense of passionate propriety in her renderings is amazing. As her super-hit songs from Mirza Ghalib, Afsar, Dastaan and of course Anmol Ghadi spil out in a cascade of advancing ecstacy, the album gives us the feeling of being in the center of a sublime and sensuous experience.

There was no one quite like Suraiya. There’s no one quite like her. Her performances on screen were perfectly matched by her singing. In Mehboob Khan’s 1946 blockbuster Anmol Ghadi Suraiya’s vocal and on-screen performance were pitched against the indmitable Nurjehan. Suraiya sailed through with numbers like Socha tha Kya ho gaya, Man leta hai angdai and Main dil mein dard basaa laai

She was indeed the diva of the ditty before the term ‘diva’ was invented. Recalls Lataji,” I think she felt like a misfit after a point. She was really fond of me. I can’t claim to have been close friends with her. But whenever we met she was really warm, though mischief makers tried to spoil our relationship. I remember they spread the rumour, ‘Suraiya gave Lata something to eat which has spoilt her voice.’ When press persons asked me about this I was aghast, ‘Suraiyaji Ke baarey mein aisa kaise soch sakte hain?’ She was a star in her own right. And because she was an actress she felt no sense of rivalry with me or I with her? Come to think of it even the full-fledged professional singers of those times treated me like their own child. I was really annoyed when people tried to spoil my relations with Suraiya. Thank God no one could spoil things between me and Suraiyaji. The last time we met was a few years ago at an awards function where I got the lifetime achievement award. Suraiyaji gave me the award. I felt twice rewarded.” So do we, as we re-visit these unfathomable gems that we grew up with. Watch these songs grow on you like exquisite scented creepers winding their way up to the sky. It isn’t just the singing that takes your breath away. The melodies are also done up in a way that suggests a deep-rooted connection between’ sigh’ and sound. The collection ranges from the playful Mere mundere na bol to the passionate Jab tum hi nahin apne, both from the film Parwana

It isn’t only about getting the sound right. It’s also about sounding right. The collection and Suraiya take care of both 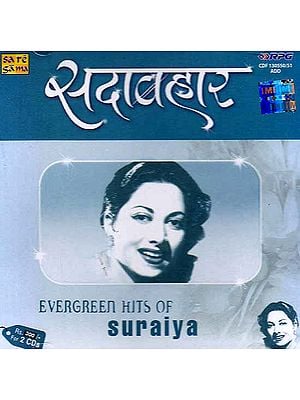 Evergreen Hits of Suraiya (Set of Two Audio CDs)
$27.50
Out of Stock

The History of Indian Film Music: A Showcase of The Very Best in Hindi Cinema (Set of 10 CDs)
$95
FREE Delivery 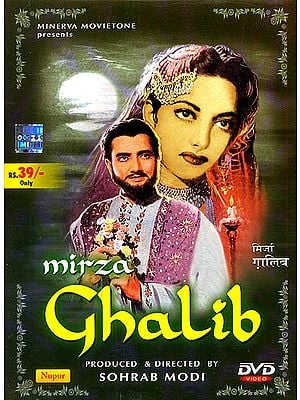 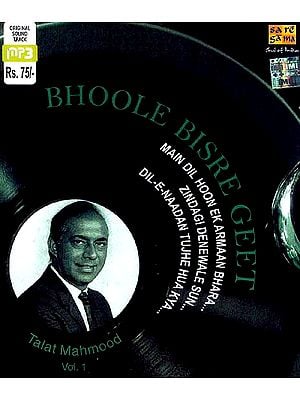 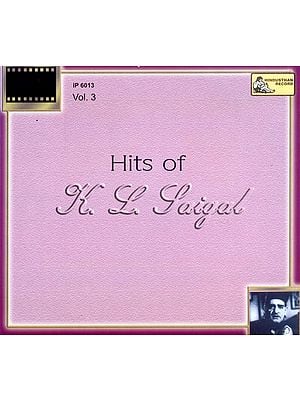 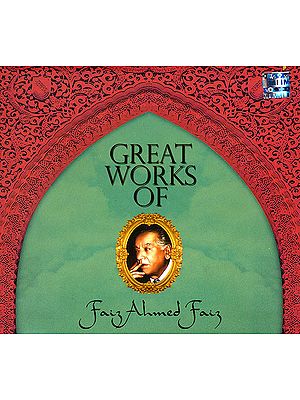 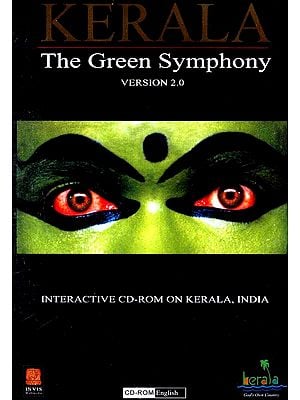 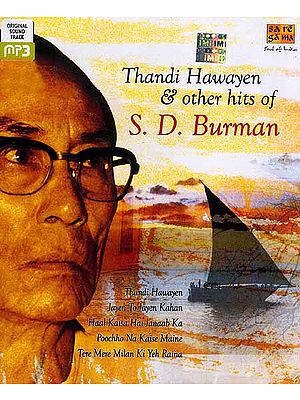 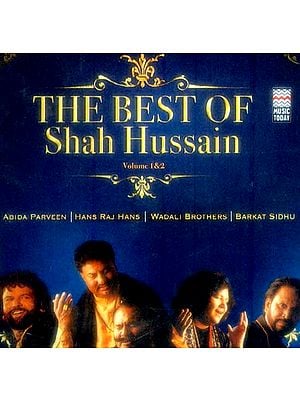