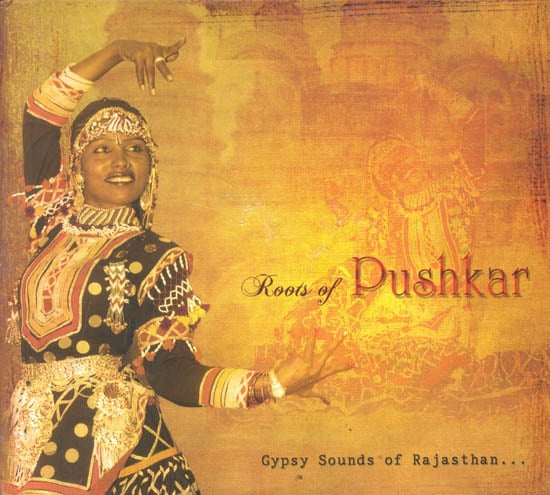 Kalbeliya Jogi: (Gypsy)
This ancient tribal Rajasthani cast was once one of the many different casts that were living a nomadic life , moving from one city to another through the sand dunes of the Thar desert ,The Kalbeliya jogi are of the Naath cast. They trace their ancestry from kannipav, the 12th disciple of Guru Gorakhnath.

Each of these nomadic tribes had its own specific role within the community and their arrival would bring specific services or duties that were missing in daily common life . The Kalbeliya Jogi is the cast of the "snake-charmers ".The men were expert in catching snakes and then trading the snake venom for medical use also they would show to the local population the holy cobras dancing under the influence of the plaintive notes of their Pungi -the wooden instrument of the charmers -in exchange for food or money.

They are also well known for curing snakebites, which are common in rural villages .their services are still required for ridding people's home of snakes and scorpions. Many years ago, they were also requested to rid the fields of the disastrous invasion of grasshoppers .

They are mostly of the Hindu religion and they have a huge respect for animals. They will rarely keep a cobra for more than 50 days before setting it free again the women used to dance their special traditional dance only on occasion of marriage in their community or at other important ceremonies .

During the last decade , their work with the snakes has been overtaken by the changes in society, and is now insufficient to provide an economic independent income for them . the governmental policy implemented to settle nomadic tribes in one place also contributes to a decrease in their revenue.

After some public shows at the Pushkar Camel fair , the kalbeliya tribe decided to promote their dance , music and songs in public situations outside of their community to their community, to help increase their income.

They now sell their traditional shows as part of the marriage celebrations of other casts , or to tourist guesthouse and hotels . they can also be called upon to perform at important Indian fairs and festivals by contacting ravi Kant. Sharma from Pushkar.

Today this respectful and proud cast is wrongly considered squatters and beggars and they often experience discrimination and still live apart on the outskirt of cities and towns . Only a very few of them have begun to settle within cities , as they are still strongly tied to the cultural habit of being able to move on at any time. It must be said that this change of proposing themselves as dancers and performers, is slowly starting to give them a new image and a slightly better status within society but they still struggle to survive and to preserve their culture and traditions .

The History Of their creation
In ancient times Guru Jalandharnath (an incarnation of Lord Shiva) had two disciples. He asked that they each fill a cup with their art and learned knowledge , Gorakhnath, a gentle scholar filled a cup with ambrosia while Kannipav , an audacious character , presented a cup filled with the venom of snakes and scorpions.

This Upset the guru and he set a curse upon Kannipav, declaring that he and his descendants would live forever outside the limits of towns and villages and earn a living as snake -catchers (Sapera).The Kalbeliya people believe that this legend is the source of their wandering lifestyle and accept living on the margins of society as their karma and fate .They worship Kannipav Nath Ji as their founder and guru and believe that wandering is their duty.

Kalbeliya Dance
The Kalbeliya dance is becoming more and more famous since it started to be shown outside of their community. It is known as the "dance of the snake".

In other wandering casts the women wear very colourful dresses, but the Kalbeliya women wear totally black long skirts and long sleeved black blouses embroidered with tiny mirrors, small beads and stitched patterns in white, red and yellow. They also wear jewellery made of silver and beads. This traditional black costume can change slightly, as it is handmade in different areas. All these black and shiny costumes obviously represent "the snake ".

From a young age, the Kalbeliya girls learn how to dance by imitating the adults, training nearly every day and as young women are incredible dancers. The older women usually sing the traditional desert songs accompanying the musicians during shows. The kalbeliya dance is quite sensuous ,as the women spin and dance in a circle ;their bodies sway acrobatically and sinuously. As the beat of the music increases in tempo and pace the spectator becomes completely enthralled by the complete spectacle.

During the performance, wearing their colourful" sapha"(turban),the men accompany the performance playing their traditional music instruments. They obviously play the pungi, which is the instrument used to charm the cobras .The "pungi is made of dried gourd and bamboo stick ;it is played like a flute. The other instruments used are "dufli", been", "khanjari "marching khuralio and "dholak. The Kalbeliya "dance of the snake " is the most serious dance of Rajasthan ;it can be described ,but the only way to be "bitten "by is by having the opportunity to see it performed in its natural desert setting.