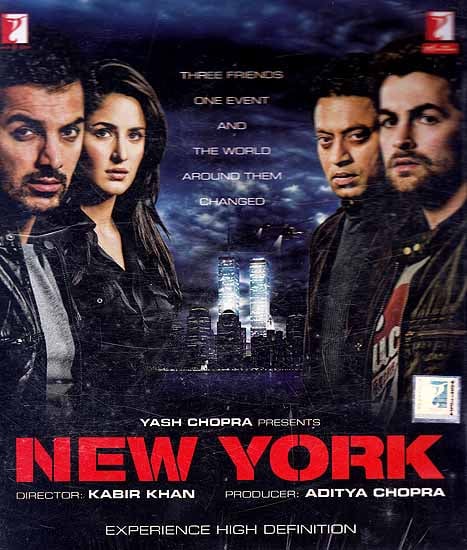 Three friends one event and the world around them changed

New York is a contemporary story of friendship set against the larger than life backdrop of a city often described as the centre of the world. Omar (Neil Nitin Mukesh) has gone abroad for the first time in his life and soon enough he begins to see and love America through the eyes of his American friends – Sam (John Abraham) and Maya (Katrina Kaif). It is the story of these three friends discovering a new world together. But one day the world around them changed…

For most of us, large events in the world are just headlines in the newspapers but these events can change our lives…forever. New York is one such story of 3 young friends whose beautiful lives are turned upside down by larger events beyond their control. At this point enters Agent Roshan (Irrfan), an FBI undercover agent who sets the ball rolling for a series of tumultuous events that turn the lives of these friends into a dangerous and thrilling roller coaster ride.

This Disc is playable only on Blu-Ray Players with bonus view capabilities and seamless menu navigation.