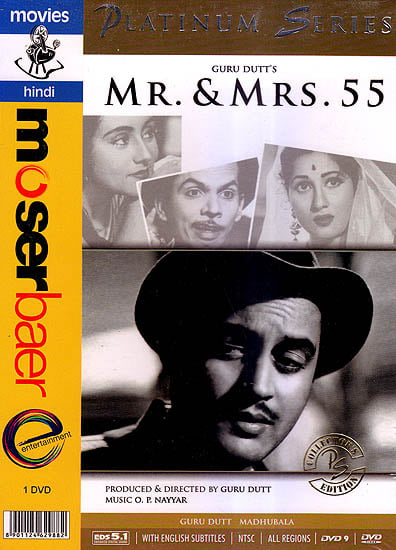 Preetam (Guru Dutt) a Struggling cartoonist meets Anita (Madhubala) at a tennis match where she is watching her favorite tennis star. Anita a wealthy and westernized heiress is controlled by her feminist aunt Sita Devi (lalita Pawar) Sita is suspicious of men and cultivates her attitudes in Anita. However to receive her fortune her father’s will decrees that Anita must marry within one month of turning 21 Sita Devi doesn’t agree with this and tries to set Anita up with a sham marriage which will soon lead to divorce thereby giving her both freedom and a fortune. Sita hires Preetam to marry Anita but doesn’t know that the pair have already met. Preetam is kept from Anita after their marriage but he kidnaps her and takes her to the traditional house of his brother. While at the house Anita befriends Preetam’s sister-in-law and begins to see the merit in becoming a traditional Indian wife. Preetam is worried that he has lost Anita and expedites their divorce by providing false incriminating evidence to the court preetam then leaves Bombay heartbroken anita now recognizes her feelings for preetam and rushes to meet him at the airport. In the end the couple is reuniled.

With English Subtitles
NTSC All Regions