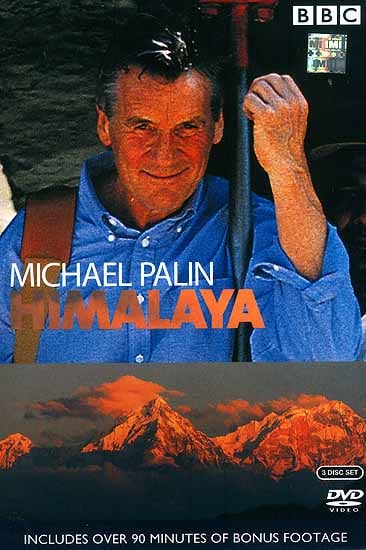 $39.50
Notify me when this item is available
Save to Wishlist Send as E-card Share by Email
About the CD

Michael Plain’s 2000-mile journey along a mountain range of mystery, adventure and challenge.

“It was a great adventure, in busy, lively cities, beautiful countryside, and amongst magnificent peaks, glaciers, snow-fields and isolated, spectacular villages. From the highest point of the journey, just over 18, 000 feet to the lowest, floating out into the sunset on the Bay of Bengal, the scenery is breathtaking, but, as usual, it’s the people we meet along the way - who really make the journey amazing.”

Michael Palin’s sixth televised international journey takes him to the Himalaya (Sanskrit for “The Abode of Snow”), a mighty and majestic region of Asia. His extraordinary journey takes him through Afghanistan, across India to the feared Death Zone near the base of Mount Everest and then onto the Bhutanese capital before arriving in the Bay of Bengal. Along the way, he encounters fascinating inhabitants of the mountain range - including the Dalai Lama, the Bhutanese Royal Family and the once feared head hunting tribe of the Konyak.