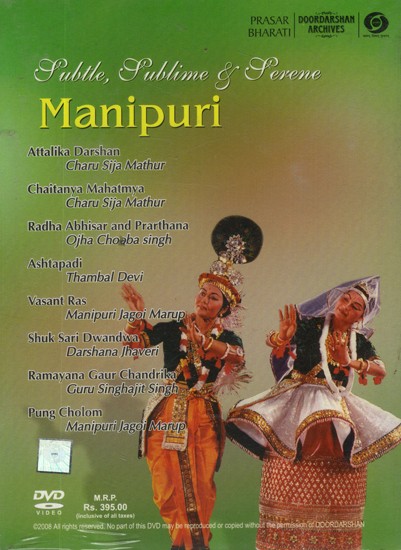 Charu Sija Mathur
Charu Sija Mathur is the senior most disciple Guru Singhajit Singh. She came to the dance form of Manipuri as mature decision, after being attracted by the philosophy aesthetics and kinetic of this form. She no only shares a dancing partnership with Guru Singhajit Singh, but also her life, Charu Sija Mathur has created a special niche for herself in this dance form. She has dedicated her whole life in the study and propagation of Manipuri Style of dance.
• Attalika Darshan
04 min 01 sec
Radha who standing On the Attalika (Balcony) has a glimpse of Krishna, as He moves to graze the cattle. She turns around and tells her friend, of her deep yearning to meet with Krishna. But she describe her condition as being akin to that of a doe, Which is caught between the advancing raging fire on one side and the trap of a hunter on the other, each Preventing her escape from the other. She says, “My love for Krishna is like the raging fire and the societal norms is the hunter’s trap. I find myself in the same situation as of the doe’.
• Chaitanya Mahatmya
04 min 01 sec
Shri Chaitanya Mahaprabhu journeys towards Brindavan after taking Sanyas from Keshava Bharati. In their eagerness to unite him with his broken hearted mother, his disciples show him the wrong way and Chaitanya Mahaprabhu begins Hari Sankeertan. He starts dancing in ecstasy. Bhaktas otter him chandana and the garland around the neck of Chaitanya Mahaprabhu starts swinging in rhythms of Bhakti and ecstasy.

Ojha Choaba Singh
• Radha Abhisar and Prarthana
03 min 35 sec
Sankeertan when performed by male performers in female attire, never has an attempt to imitate female movements, even if the character portrayed is that of a female, For Sankeertan artists, dance and music are a sort of a consecration it is not mere entertainment or. merely for knowledge, it is a Sadhana. Nata Sankeertan is a Mahayagya or a grand sacrifies. Even the spectators approach the performance only these lines. Ojha Choaba Singh performs Radha Abhisar, where Radha goes to meet Krishna, but in his performance, though he is playing the role of Radha, the masculine technique cannot be missed.

Thambai Devi
• Ashtapadi
10 min 55 sec
A very senior artiste of Manipuri dance, Thambai Devi has dedicated her art to Krishna. She has seldom traveled outside Manipur. Doordarshan presents a very rare recording of this grand old lady who lives through her performance, the essence of this dance form. Her performance evokes and suggests rather than interprets. Words are not danced but the mood is danced. She presents two popular Ashtapadis. Radha after a nightlong wait, sees Krishna and is distressed to see the telltale marks on Krishna’s body. She asks him to leave, as she cannot bear to hear the excuses given by Krishna for not keeping his promise. Krishna in turn tries to cajole Radha and requests her not to be annoyed with him. In his Love for her, he totally surrenders at the feet of Radhika.

Manipuri Jagoi Marup
• Vasanta Ras
08 min 04 sec
A dance depicting full moon night of the spring season. The ethereal beauty of the full moon night when the air is filled with the fragrance of springs flowers, Krishna comes with his flute to the appointed grove. The soft notes of his flute express his feeling of longing to be with Radha. Radha and Gopis succumb to the lure of his flute and dance together. They play Holi with abir (coloured powder) colouring with their love. Spring is welcomed by the feeling of joy and happiness, which fills the entire atmosphere.

Sarojinni Sija
• Gokul Nirgaman
06 min 08 sec
Sarijini Sija is an important Sankeertan artiste, who combines Vachika (Words) and Angika (Body Language) beautifully in her presentation. The content and the mood is reflected through general body movement and intonation of voice, resulting in the communication of the abstraction of the thought. Sarojini Devi enacts the sequence of Radha (Chariot) of Krishna from going away to Mathura.

Darshana Jhaveri
Shuka Sari Dwandwa
06 min 24 sec
Darshana Jhaveri is one of the leading dancers of Manipuri. She started her career as one of the Jhaveri Sisters and has emerged as an important soloist of this style. She presents a unique compositions in which the parrot and mynah are quarreling over the greatness of Krishna and praises his leelas. But the mynah stresses that the greatness of Krishna is only because of the love of Radha. Shuka then narrates the wonderful story of Kaliyamardana and Sarika or the Mynah again argues that because he invoked Radha he was able to vanquish Kaliya. This dwandwa ends on a cordial note when both accept the greatness of the divine couple.

He has acquired his own heritage by winning both National and International laurels. Manipuri usually centres around the Krishna Legends. However, on certain occasions compositions based on Other deities are also performed. This presentation is based on the epic of Ramayana. It commences with Gaur Chandrika where the mystic saint Sri Chaitanya Mahaprabhu imagines himself as the reincarnation of lord Ram.

Manipuri Jagoi Marup
Pung Cholom
06min 44 sec
Sankeertan is a form of congregational worship amongst the Metheis of Manipur in which devotion is expressed through song and dance. An indispensable part of Sankeertan are the choloms, which are dances with musical instruments in which the dancer becomes the musician as well. Probably the most rigorous of all the choloms is the pung cholom, in which the dancer plays intricate rhythms on the pung while executing the same rhythmic patterns with his body. The leaps and twirls, which he makes while never missing a beat, leave the viewers breathless.

Originating in Manipur in the north eastern classical corner of India, Manipuri is one of the major classical dance forms. Surrounded by various mountain ranges, Manipur developed a distinct civilization of its own that gave birth to this art form. However, it is almost totally different from the other Indian dance styles.

The origin of Manipuri dance goes back to antiquity and beyond recorded history. The inhabitants of this land always used dance as a form of worship and it has remained so to this day. The art went through various evolutions down the ages to become one sophisticated and elegant classical dance form with Bhakti (devotion) as its prevailing mood.

Performed as an indispensable part of Manipuri worship, these dances are inextricably woven into the religious fabric of the land with unquestioned social patronage. The temple tradition maintains a very high artistic standard where top class professional vie with each a very competitive scenario. The actively involved society acts as watchdog, keeping a strict vigil on quality, purity sanctity of the art.

As a dance form it is more introverted and restrained compared to the other dances, thus the dancer never establishes eye contact with the audience. Movements are always rounded and continuous, one, seamlessly merging into another, and frozen postures are rarely used. Mudras or hand gestures if used, get subtly wrapped in the general flow of the movement. Facial expressions are subdued and never exaggerated They are kept within a limit to be in tune with the rest of the body movement. Even in the more vigorous masculine dances, there is always a rounded ease. Total harmony of body movement is given a great deal of importance and there is no exaggerated attention to any part. Ranging from the extremely graceful feminine to the most vigorous masculine aspects, Manipuri dance has two main parts - Jagoi and Cholom. Both are independent disciplines needing a lifetime of training and an artist specialises only in one.

Jagoi found in Ras and many such Leelas has both feminine and masculine counterparts. Here the knees are kept close together and never parted too far. A kind of regulated knee provides the style a soft landing and floating swing to most of the movements. The feet land softly on the floor. Harsh and audible footwork is almost never employed. Manifestation of rhythm is not dependent on actual foot tapping on the ground because the feet need not necessarily hit the ground at the precise rhythm it is clearly stated by the subtle and suggested footwork. In fact the rhythmic point may lie at the ankle, knee, thigh or elsewhere. Thus ankle bells commonly found in the other Indian dance styles are dot used in Manipuri.

Cholom, like the Pung Cholom and Kartal Cholom found in the Sankeertan, is other variety of dance traditionally performed by male dancers. Here the dancer plays a musical instrument like a drum or a pair of cymbals, the bent nee position is used much more and the feet lifted much higher. In this. one finds masculine movements ranging from very slow dignified steps to extremely vigorous ones. While the temple tradition is still continuing strong as ever, presentations on the modern concert platform with new works have shown refreshing results. 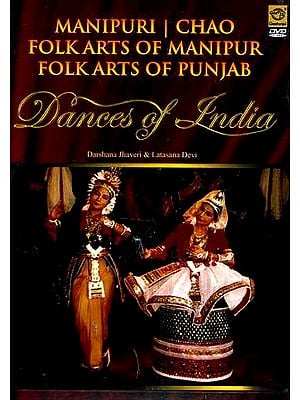 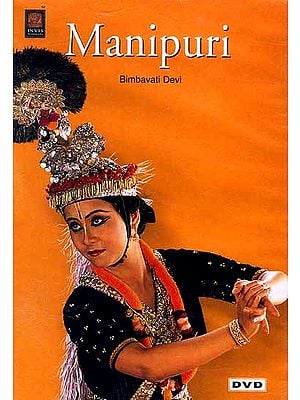 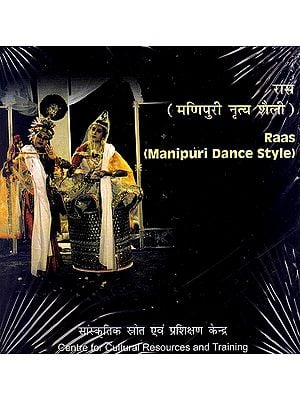