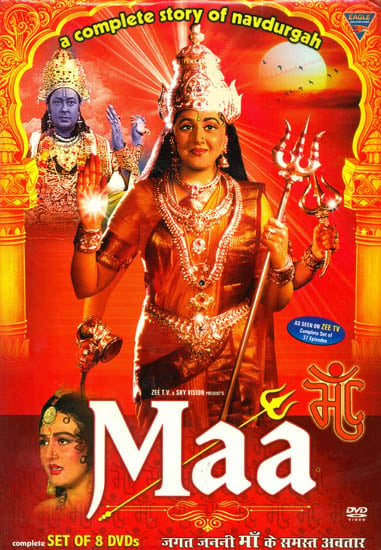 Maa: A Complete Story of Navdurga (Set of 8 DVDs)

2. Vishwamitra invents gayatri mantra by worshipping the Sun. Sage Gautam and Ahilya provide relief from famine with Akshayapatra Mother (Maa) Gayatri Destroys the pride of Vayudev and Agnidev in the court of Indra.

3. Vishnu is sleeping besides his bow. Shiva gets its edges bitten by Vamri insect. Lord Vishnu's head gets injured. Placing the head of a horse he gets a Rakshasa named Hegriva Killed by Vishnu. All this happened due to the curse of goddess Lakshmi.

4. Shiv attains Samadhi on mount Kailash. Daksha is inspired to do tapa. Rati and Kamadeva impress lord Shiva with their dance. Maa Bhuvaneshwari appears and promises to incarnate as the daughter of Daksha.

Disc: 2
5. Inspired By Narada. Sati Keeps the Nanda Vrata when she becomes young. Shiva Marries Sati. Nandi and Bhrangi dance after drinking Bhanga in the celebrations.

6. Those husbands who inflict atrocities on their wives are advised. The importance of Trayodashi virata is explained. Brahmaji explains the importance along with other gods.

7. Shiva returns after being insulted in the Yagya of Daksha. Sati jumps into the Yagya' fire to destroy it. Shiva orders Virbhadra to cut Daksha's head. Then he replace it with a goats head and revives him.

8. Gods consult king Bali and plan to churn the ocean. Shukracharya prevents them doing it. Meru Mountain is brought lord Vishnu takes the avatar of a Tortoise and supports the mountain on his back. Snake Vasuki is used as the rope for churning. Poison appears which is consumed by Shiva and the world is saved.

9. Germs appear from the ocean. Goddess Lakshmi also appears who weds Lord Vishnu. Amrit ( Nectar) also appears. The gods sit in a row and drink it . Rahu also sits in the same row and drinks it. Mohini cuts the Rahu's head with Sudarshan charka.

Disc: 3
10. A girl is born from the womb of Maina in the house of Himalaya. Brahma and Vishnu come to bless Parvati. On growing up an argument occurs between Ganga and Parvati regarding a branch of mango tree. Both go to a sage, But Ganga rejecting the justice of Sage egoistically declares" I am Ganga. Who will come before me"?

11. Narad Inspired Parvati to pray to get Lord Shiva. She prays very hard. Saptarishis try to educate her. Kamadeva and Rati dance to make lord Shiva happy. The atrocities of Tarkasur are increasing day by day.

12. Rati and kamadeva are dancing. Shiva destroys Kamadeva with his third eye. Rati grieves the event. Parvati is also depressed. A Rakshasi comes to Parvati after changing her appearance. Parvati destroys her. Brahma and Vishnu put the proposal of marriage before Shiva Saptarishis are called.

13. Parvati doesn't even comply with Saptarishis. Shiva tests Parvati in the garb of a Brahmin. Shiva shows his 'Naraleela'.

Disc: 4
15. Saptarishi , Arundhati and Himraja try to appease maina . Both agree for the marriage Shiva takes his marriage procession (Barat) to their home. Maina loses her consciousness on seeing ghosts and demons in the procession.

16. Maina regains her consciousness. The Barat arrives at the door. Finding nobody there Shiva is enraged. Himalaya beg forgiveness. Parvati puts garland in Shivas neck. Rati puts the ashes of her husband Kamadeva at the feet of Shiva. Shiva revives him.

17. King Sagar released the Horse of Ashvamedha Yagya . Indra indra abducts that horse and gets it tied in Saga Kapila's ashram.60,000 sons of Sagar insult Kapila by calling him thief. Sage Kapila destroys them all.

18. Vashishta asks Sagar to bring Ganga down from the heaven. Sagar goes to the mountain to pray. But he dies there. Then Anshuman goes he is also consumed in the process .Indra and Narada view all this.

19. Bhagirath goes to pray. Ganga it is happy and agrees to descend from the Swarga. But she tells of difficulty."Who will stop my powerful currents on earth? I will pierce the earth and descend into the Patel. Bhagirath appeases Shiva. Shiva is enraged on the pride of Ganga Ganga descends. Shiva spreads his tresses. Ganga sits on his head. There are arguments between Ganga and Shiva. Ganga descends on the earth peacefully.

Disc: 5
20. The atrocities of Tarkasur are increasing. Distressed by it Brahma Visnu and Indra transform Agnideva in to a pigeon and send him to Kailash Bhavan. on seeing the pigeon Shiva thinks of Punishing it.

21. The energy of Shiva is dropped which is accepted by the pigeon, but he is unable to bear it. Six sage wives along with Arundhati come after having a bath. They get pregnant due to that energy. Kartikeya is born. Agnideva blesses him with weapons.

22. Taking the weapons as a toy Kartikeya Destroys a mountains. Enraged by this Indra fights with kartikeya, but is defeated. Indra sees Shiva in Kartikeya. Paravati caresses his son. Vishnu nominates Kartikeya as the commander of God’s forces.

23. Kartikeya asks shiva whwther he will not get any blame for killing Tarkasur. Shiva appeases him. Messenger of Narada comes to Kartikeya to met him in the grab of a Brahmin. Vishnu Destroys him. Kartikeya goes for the battle.

24. Sage Dadhichi comes to king Renu and forecasts his death because of a snake bite. Both the king and queen become fearful. Sage Dadhichi advices both to take the shelter of Maa. Maa explains the secreat of birth and death to the queen.

Disc: 6
25. The queen Rajashree prays Maa Bhuvaneshvari. Maa becomes happy and appears before her. Then Rajashree donates her age age to his husband. Yamaraj comes in the garb of a snake. Mother pacifies him and asks him to return gets blessings by Maa of the complete life of his wife.

26. Because of his blessing given to king Bali Vishnuji becomes his Doorkeeper. Lakshmi becomes unhappy because of this. She shows her anger on lndra. Brahma, Vishnu and Shiva all are worried. They agree to send Narada to the doorkeeper.

27. Naradji explains to Vishnu that this is happening according to the wishes of Maa. Lakshmi worships Maa. Maa blesses her and and asks to tie rakhi to king bali Lakshmi gets Vishnu released after tying rakhi to Bali. The festival of rakhi starts from here.

28. The King of Sindhu fighting gives his life on reaching Padam's Palace. Getting impressed by the cries of queen Leela. Maa Saraswanti keeps the corpse in flowers takes the astral body of Leela and shows her other words.

29. While travelling Maa Saraswati tells Leela about the concepts of Micro, Macro. Dead. Alive. Maya. Nature. Human and Supreme. Maa brings leela to her place of previous birth and explains the secrets. Then due to the blessings of Maa Saraswati King Padam the husband of Leela is revived.

Disc: 7
30. Being defeated by Indra, Bali spends his like hiding in the forest along with his wife. Here he meets Shukracharya. Shukracharya conducts a yagya to gets his kingdom back. Attacking the Swarga Bali capture it.

31. King Indra wanders in the forests along with his wife. Shukracharya asks Bali to conduct Vishvajita Yagya. Vishnu takes Vamanavtara and asks three feets of land from Bali. By this he makes Bali a pauper. Because of keeping his feet on the head of Bali he gets blessings from Vishnu and makes him his doorkeeper.

32. Maa Parvati takes bath in Kailash Bhavan. Defeating Nandi Shiva enters into the room. Parvati Creates Ganesha with her grime. She kisses her. Gives her a baton and makes him doorkeeper. She takes a pledge from him that no one should enter the room while she bathes.

34. Brahma, Vishnu all try to explain Ganesha. But he turns them out. Then Shiva cuts the head of Ganesha with his Trishula. Parvati gets angry on this. To pacify her Ganesha is revived by placing the head of a Elephant on his body. And he is blessed of the privilege of being worshipped first at any ceremony.

35. Shiva and Parvati try to test Ganesha and Kartikeya by asking them to eat Laddoo's Ganesha wins by eating. The Moon of Shiva's foreheads stolen. On being told by Nandi the Ganesha is thought of as stealing it .

36. Thinking Ganesh as the culprit of strealing moon Shiva talks with Parvati . Parvati takes the side of her son. Nandi is asked to tie up and brings ganesha. Ganesha thrashes Nandi. On returning, Nandi an Ganas see Ganesha sitting in the lap of Shiva and the moon is again on Shiva's Forehead. 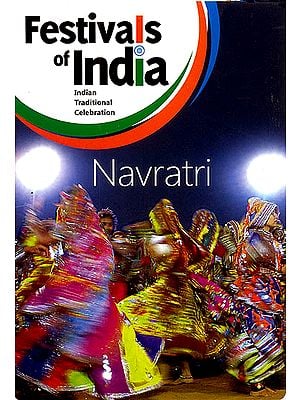 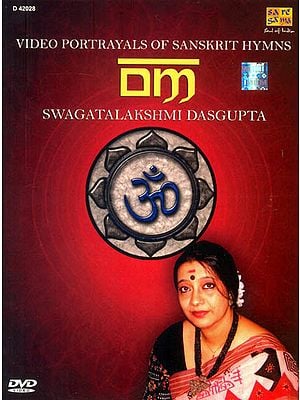 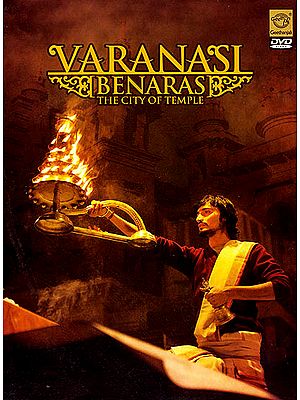 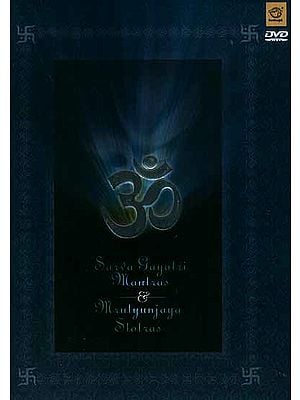 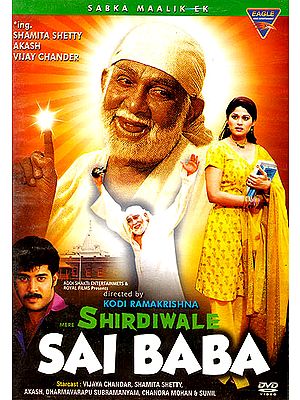 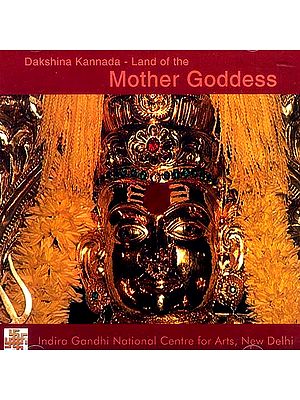 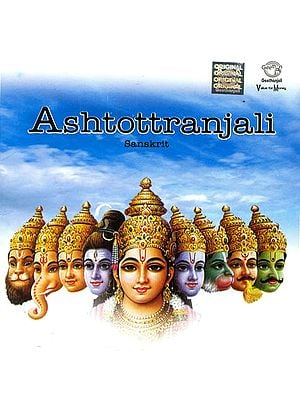