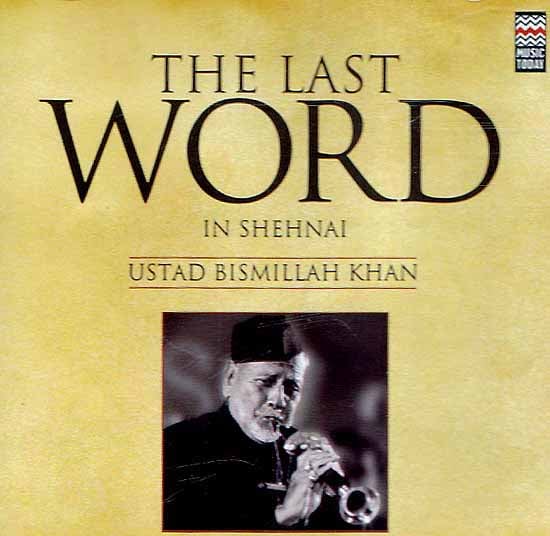 The Shehnai is one of the most ancient instruments used in India. Its sound is considered particularly auspicious; hence it is played at weddings and in temples, like its South Indian cousin, the nadaswaram. In the past, the shehnai was also part of the naubat i.e. traditional ensemble of nine instruments found at royal courts. It is only in the 20th century that the Shehnai made it to the classical arena, for which the credit goes to Ustad Bismillah Khan, its greatest exponent.

Although the shehnai is often referred to as a double-reeded instrument, it is actually quadruple-reeded. The body consists of a 1½ to 2-feet tube made of dark, close-grained black wood, which gradually widens towards the lower end. It has seven to nine holes. The reed, made of pala grass, is attached to a brass tube that is wrapped in string and connects to the main tube at the narrow blowing end. The other end of the cylinder has a metallic bell-like structure, which gives out the sound.

A player holds the shehnai vertically. He blows into the reed, which creates the sound by vibrating and closes and releases the holes with his fingers to change the notes. Komal or tivra swaras (accidentals) are produced by partially closing the holes as well as by adjusting the blowing pressure. The shehnai is a most sensitive instrument; it calls for great breath control, training, practice and dexterity. It is actually the way the lips and tongue play upon the reed mouthpiece that render the shruti-s (microtones) very effectively and attractively.

A typical shehnai recital features a shruti peti, which serves the purpose of a tanpura by giving put just one or two notes. On the percussion side, the shehnai is traditionally accompanied by a nakkara, a north Indian instrument. In modern times, it is accompanied by the tabla, Generally, a leading shehnai player will sit for a recital accompanied by two or three other shehnai players.

The incomparable Shehnai maestro Ustad Bismillah Khan was one of the greatest legends of Indian classical music.

With his artistic virtuosity, Bismillah Khan brought the instrument out of the confines of wedding music and elevated it to the global stage as a concert instrument.

Ustad Bismillah Khan was born on 21 March, 1916 in a family whose ancestors were court musicians of the princely state of Dumrao in Bihar. He was given training by his uncle Ali Bux, a well-known Shehnai player at the Vishwanath temple in Varanasi. An extremely promising shishya (student) of the Shehnai, the young Bismillah mastered a variety of forms of classical music such as the thumri, chaiti and kajri Later, he also incorporated the khayal gayaki in his instrument and style of playing.

Ustad Bismillah Khan brought rare vibrancy and resplendence to Indian classical music. He had further enriched the heritage of Indian music. The legend had been honoured with numerous awards and honours, which include the national awards Padma Shri, Padma Bhushan, Padma Vibhushan and the Bharat Ratna - the highest civilian honour of the country.

His honorary doctorate from the Benares Hindu University and Shantiniketan bespeaks of his fame. He had also been bequeathed with the coveted Sangeet Natak Academy Award and the Tansen Award by the Madhya Pradesh government.

Ustad Bismillah Khan’s name is synonymous with the instrument, shehnai. This special album brings out the magical music of the legend, the maestro, and the Ustad, who is truly the ‘Last World’ in shehnai.

‘The Last Word’ is an exclusive series of 6 CDs, which signify ‘6 stalwarts whose names are synonymous with the respective instruments they play or they are known as the ultimate names in their respective arena of vocal music. Each album showcases & salutes the magnitude of musical treasure of the grandest maestros of Indian classical music, by presenting them in all their splendour. Each of these musical greats has done more than just create sublime music. They have created history with every stroke on their instrument, with every chord in their voice. Every album in this series brings out some melodic marvels of the most popular and celebrated classical stalwarts from India’s musical treasure.

This album features Ustad Bismillah Khan, who is undoubtedly the ‘Last World’ in Shehnai.