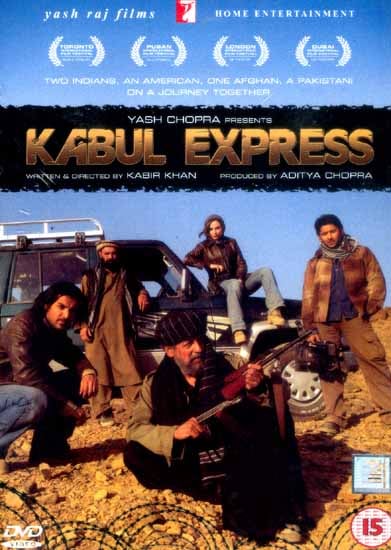 FREE Delivery
$22
Quantity
Ships in 1-3 days
Notify me when this item is available
About The DVD
Suhel (John Abraham) and Jai (Arshad Warsi) - TV journalists from India in search of the ultimate news scope: meeting the Taliban.

Imran Khan Afridi (Salman Shahid) - a soldier of the hated Taliban who needs to escape the wrath of the Afghns and run to his country, Pakistan. Khyber (Hanif Hum Ghum) - an Afghan who is as old as the war in his country. Jessica Beckham (Linda Arsenio) - an American photojournalist ready to risk her life to photograph the Taliban. Five people from different worlds, their paths are destined to cross in a ruthless country devastated by war - Afghanistan.

This is a thrilling story. Spanning 48 hours, of five individuals linked by hate and fear, but brought by fate to finally recognize each other.

Set in post 9/11 war-torn Afghanistan, Kabul Express is a kidnap drama that is alternately funny and horrifying. Narrated in a light-hearted manner, this is the story of a unique reluctant bond that develops between people who are otherwise hostile towards each other but are compelled to understand one another in the time that they are forced to share together.