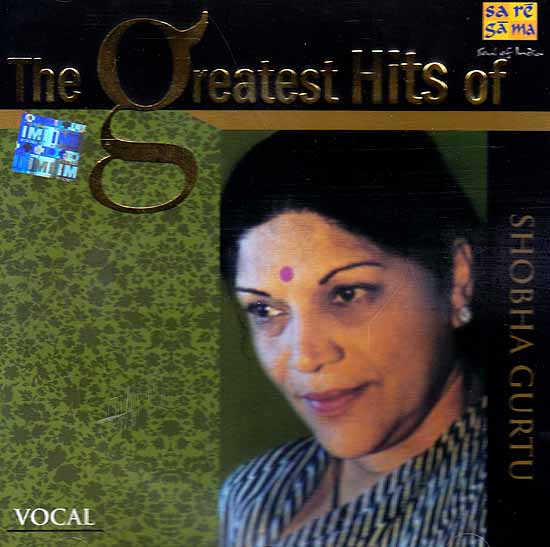 The Greatest Hits of SHOBHA GURTU
The performances of legends are eternal. Some of these make an indelible mark and become timeless. These masterpieces are then recognized as ‘Hits’. And we at Saregama have been extremely fortunate to be their custodians. All these artistes have been associated with us since the inception of their careers. We have recorded them during the peak of their careers and have preserved their art form from evanescence and have been releasing them over time to meet the demand from true connoisseurs of music. The great works of these maestros continue to be a source of inspiration to the future generations.

Shobha Gurtu has been considered one of the most able exponents of Thumri. Her gift lay in her voice. Not just in its rare timbre - rich, sonorous, dark and intensely musical. It lay in the ease with which the voice could execute the bols of thumri - in a manner that combined the depth of khayal with the friskiness of kajri. The voice was strong without appearing overbearing. It was completely at her command. And the lady was one of the most endearing human beings that ever ruled the heights of classical music. Child like yet intelligent and wise. Soft yet sensual. Pious yet mischievous. And with an appetite for the best things in life. This personality seeped through her performances. With the rich background of the khayal of Jaipur gharana inherited from her celebrated mother Menakabai, and with the revered thumri repertoire of Ustad Gamman Khan, Shobha Gurtu’s arsenal was lethal. Not surprisingly, she ruled with ease, without effort, as the Queen of Thumri.