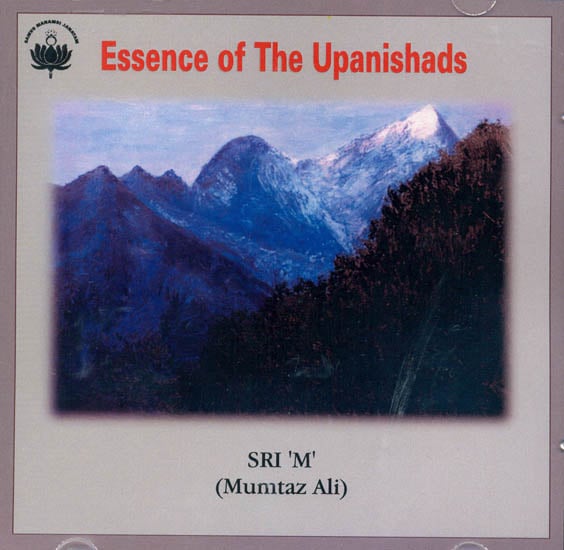 Essence of The Upanishads: Discourses by 'M' (Audio CD)

Nearly 2000 years ago, in the forest academies of ancient India the search for the ultimate meaning of life, the ‘Truth’ behind the phantasmagoria of sorrow and suffering, that marks the human beings’ fleeting existence, had reached its Himalayan summit.The non-denominational, non sectarian, investigation-oriented Upanishads were the cream of this enquiry into the essence of life and search for peace, bliss and tranquillity. Even today as one pursues the study of the Upanishads, this ancient teaching is as relevant as it was in antiquity. Sri ‘M’ tries to sum up the essence of the Upanishads in this talk.