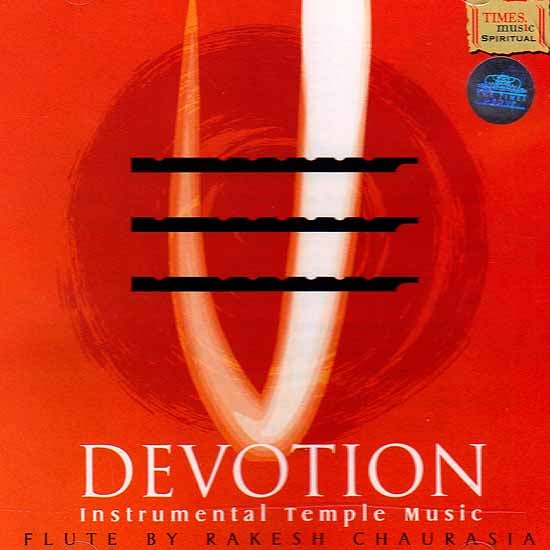 In Hinduism, devotion and worship to the almighty is not confined only to grandiose temples but allows one free reign to connect with the Aatma (the Soul), anywhere, at any time of the day; be it at home, a holy site or simply outdoors.

Rakesh Chaurasia - Continuing the Chaurasia tradition. Rakesh, child prodigy and nephew of the flute maestro Pt. Hariprasad Chaurasia, is his most accomplished disciple. Rakesh shows all the promise to carry the Chaurasia legacy to new heights. Just like his legendary uncle, he possesses the right balance of strength and serenity, very critical for an exceptional flautist. His diligent blowing technique coupled with intensive training of ‘swar’ and ‘taal’ enables him to exude his emotions through the hollow piece of bamboo. Rakesh has enthralled audiences at classical and semi - classical concerts in Japan, Australia, Europe, South Africa and USA.

His growing maturity and status has brought him invitations for solo performances at major events within India and abroad. He is destined to carve a niche for himself in the realm of Indian Classical Music with the simple yet extremely difficult to play instrument, the Bansuri.

Bhavani Shankar was born into a musical family of Jaipur Gharana and was trained by his father, Pandit Babulalji, a maestro of Kathak, tabla and Pakhawaj. His first public performance was at the age of 16 along with the superstars of their generation, Sitara Devi and Kishan Maharaj. Since then, his incredible versatility has led him to accompany legends from the Indian film industry such as Lata Mangeshkar, Asha Bhosle, the late Kishore Kumar and Mohammad Rafi. He is equally at ease with every world renowned classical musician and vocalist of our time such as Pt. Hariprasad, Pt. Shivkumar Sharma, Pt. Bhimsen Joshi, Pt. Jasraj, Ustad Allarakha Khan and Ustad Zakir Hussain. His genius does not end there! Bhavani is equally famed for his music direction and compositions for many successful movies and has produced landmark audio – recordings in various Indian regional languages, ranging from devotional, folk to popular Bhavani Shankar is a truly versatile artist whose unassuming modesty endears him to all.