60 Years of Indian Cinema: Trace The Journey of Legends and Legend Makers (Set of 2 DVDs) 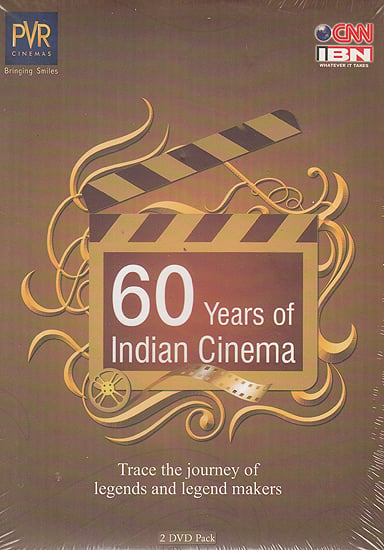 Cinema in India has been a subject of Charm and Change. From the black and white melodrama of Devdas to the Colorful flamboyance of its remake. Lose yourself in reels of entertainment and art as the stalwarts of Indian cinema chronicle the journey of six decades of celluloid history.

Get up close and personal with the master of takes the Big B. from his debut film Saat Hindustani to the emotionally charged Anand to the angry young man of Zanjeer. Join eminent film personalities like Farhan Akhtar Raju Hirani and Karan Johar as they coverse about their favorite films. Explore uncharted domains with novel scripts like Dil Chahta Hai, Guru and Lage Raho Munnabhai. All this and many more interesting insights into the Indian film industry and its many works. A must have for every film buff.