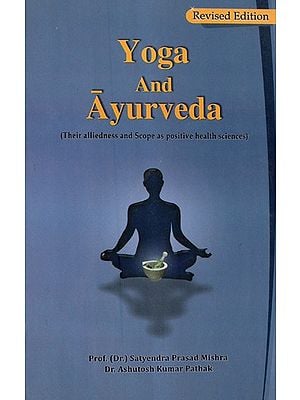 Yoga and Ayurveda: Their Alliedness and Scope as Positive Health Sciences

FREE Delivery
$23
Quantity
Ships in 1-3 days
Notify me when this item is available
Foreword
I am happy to write foreword to the Monograph "Yoga and Ayurveda-their alliedness and scope as positive health sciences" authored by Dr. S. P. Mishra. This monograph is based on the Doctoral thesis of the author submitted under my direct guidance and supervision for the Ph.D. degree of Banaras Hindu University. The adjudicators of this doctoral thesis had highly appreciated this work and had unanimously recommended this work for publication.

This monograph discusses in detail the classical concepts of the science of Yoga, its ideology and practical aspects. It brings out specifically the health and therapeutic potential of yoga and deliberates on future scope of yoga as a health science and therapy. It puts powerful arguments to suggest yoga as a branch of Ayurveda, the ancient science of life. For the purpose of comparison the monograph adds few chapters on the fundamental principles of Ayurveda highlighting the basic and applied similarities and alliedness of the two great oriental sciences, Yoga and Ayurveda.

Yoga and Ayurveda, both deal with the Sada Dhatvatmaka Purusa as described by Caraka in relation to the Brahma; the individual vs the universe of the self vs non-self. It is in this context that Ayurveda propounds two broad streams of Cikitsa viz.-1), Naisthiki Cikitsa, 2) Laukiki Cikitsa. The Naisthiki Cikitsa is the branch of Ayurveda which deals with spiritual aspects of life and helps man in getting absolute freedom from pain and suffering of the world through absolute reality. The Laukiki Cikitsa deals with the gross ill health and its care through drugs, diet, exercise etc. The present day science of yoga essentially falls into the realm of, Naisthiki Cikitsa, although Yoga also contributes a lot in Laukiki Cikitsa.

Although, in practice Yoga and Ayurveda are very much separated, conceptually they are very much allied. One finds elaborate description of the concept of Yoga and yogic state in Ayurvedic texts like Caraka Samhita; though technical details are not seen. It is interesting to see the concept of Satya Buddhi in Caraka Samhita which strikingly simulates the concept of Rtambhara Prajna of Patanjali or Sthitprjna of Bhagvadgita. Caraka also describes in certain details the Astaisvaryas or special attainments, a Yogi may afford to get. Interestingly Susruta Samhita proclaims that such a state adorned by Astaisvaryas can also be achieved by using the divine drugs `Soma’. Besides, there are elaborate descriptions of the ethical practices of Yoga like Yama, Niyama in the context of Sadvrtta and Acara Rasayana in Ayurveda.

On the other hand several Yogic texts including the classic of Patanjali and later writings on Hathayoga describe the problems of health and disease as also their care and cure by use of Asanas, Pranayama, Kriya, Mudra, Bandha etc. They also refer to the Ayurvedic doctorine of Pancamhabhuta and Tridosa or more elaborately the concept of Prana and Nadis. As a matter of fact the basic approach and the fundamentals of both the sciences, Yoga and Ayurveda, are the same, with variance or emphasis one certain aspects.

Both these sciences are equally ancient and are Indian in origin. Certain scholars believe that both these sciences and third one Vyakarana-Mahabhasya were developed by the same seer Patanjali-Yoga, Sastra for purification of Manas or mind; Vyakarana sastra for correction Vani or speech and Ayurveda for preservation of Kaya or body. Thus these three sister sciences were developed simultaneously for the care of mind, body and speech and hence they are allied to each other and they derive extensively from each other. Cakrapani, the principal commentator on Caraka Samhita, quotes this possibility in the very first chapter of his commentary.

Preface
"Yoga and Ayurveda" is one of the oldest reference book which emphasises the alliedness of Yoga & Ayurveda and encompasses the description of all dimensions of both sciences which are in coherence. I used to refer this book whenever I encountered any topic related both to Yoga and Ayurveda.

Asanas is the most acknowledged part of yoga worldwide rather it is more appropriate to say that asanas became the second name of yoga. It was like 'God given gift' when the author of the book offered me to contribute a chapter on asana and to do some minor corrections in the book for upcoming edition, which I accepted with great gratitude. Author of the book wished to make the upcoming edition more student friendly and consistent to the current trend, so that the reader could find this book more useful and get acquainted to the practical aspects of the yoga.

I am thankful to the author for giving me this opportunity to be a part of this manuscript.

Introduction
A healthful long life of hundred years has been the cherished wish of human race from antiquity. This has been considered essential to achieve the four principal instincts of life namely Dharma, Artha, Kama and Moksa. For preservation of health in all its dimensions, the stalwarts in Hindu traditions have evolved comprehensive methods of positive health. Health, as also defined today, is not only the absence of ill health. It is a comprehensive state of wellbeing which refers to a physical, mental, spiritual and intellectual wellbeing of an individual. Such a concept of total health has relevance to the unique multidimensional concept of human life as conceived in Indian traditions. Life or living being has been conceived as a composite entity consisting of a physical body superadded with highly sensitive sense apparatus, mind and the soul. This multidimensional concept of Ayu i. e. life is still an advancement over the existing Western thought. The Westernl Medical Sciences have been considering the living being only as the physical body which of course is attributed with many vital functions. They do not provide that status to the sense apparatus which is given to the Indriyas in Indian Medicine. According to Ayurveda the Pancendriyas are not the simple parts of the body but are considered specialised units which function under the control of the Manas and through which the higher perceptual functions are performed. The western thought has recently started recognising the role of 'psyche' but they even now do not grant adequate attributes to the role of mind whereas the Indian Medicine conceives the mind as the essential dimension of the living being and no consideration of life is possible without the understanding of the role of mind. 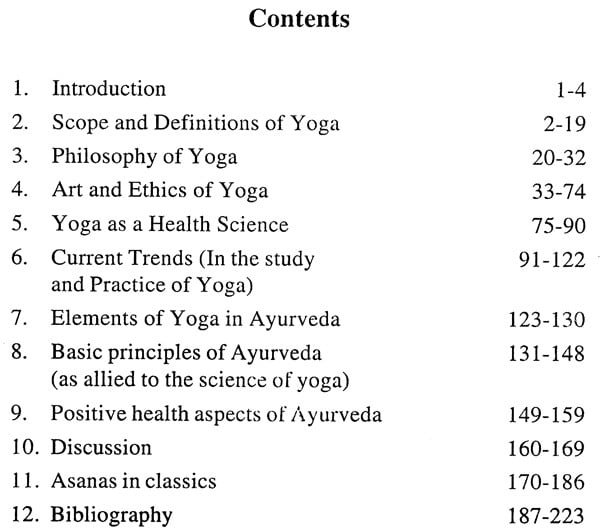 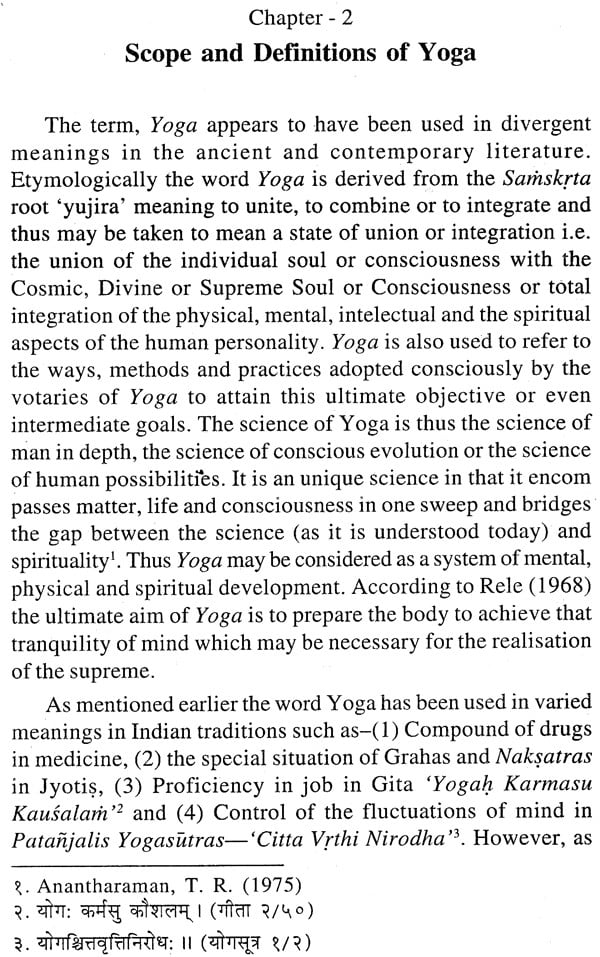 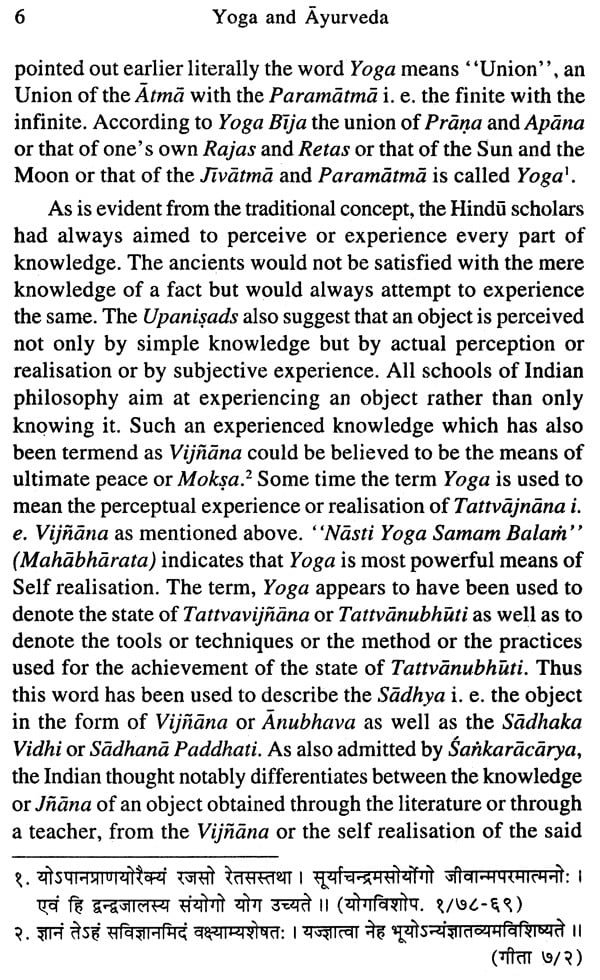 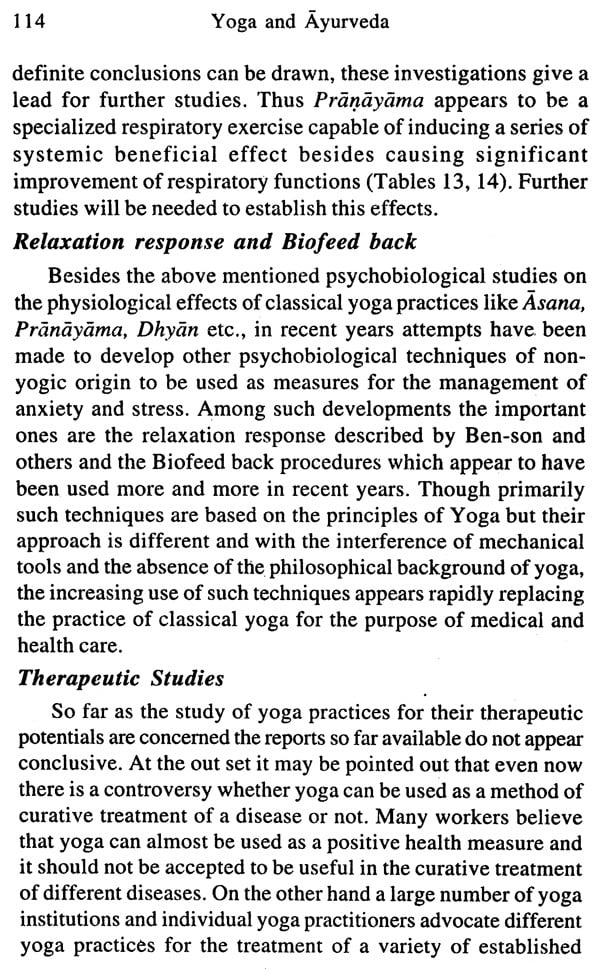 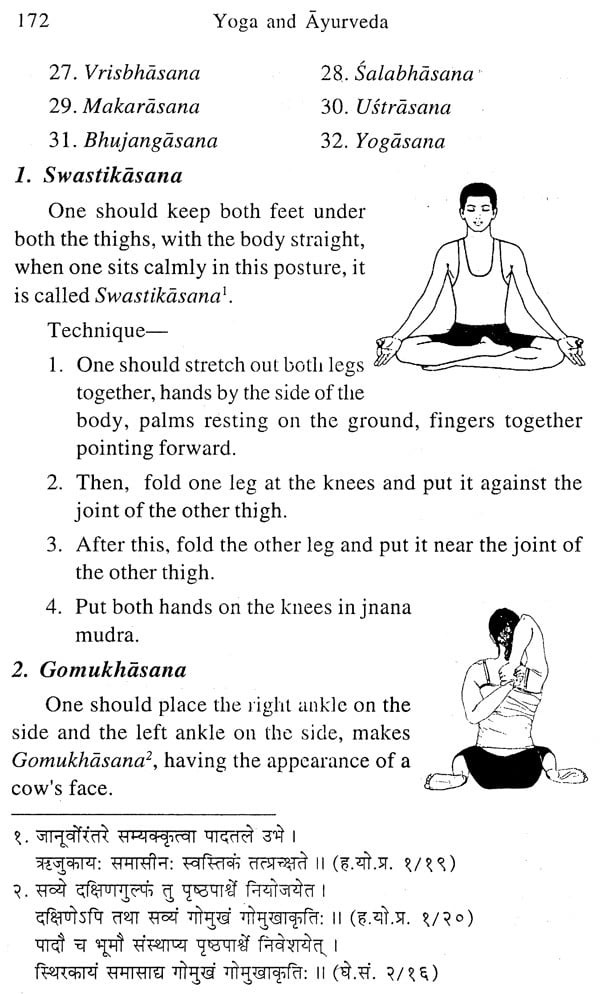 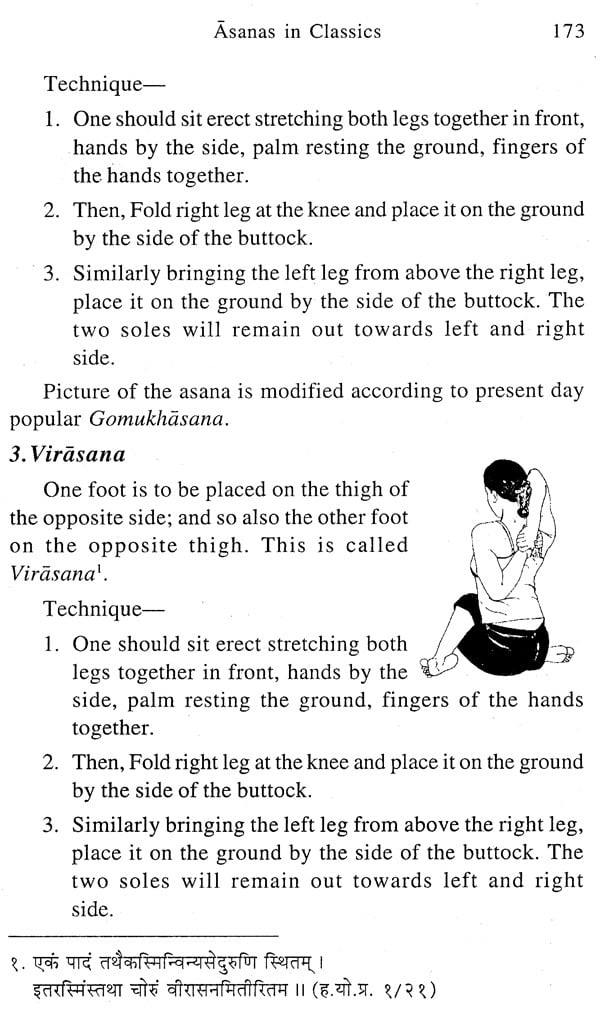 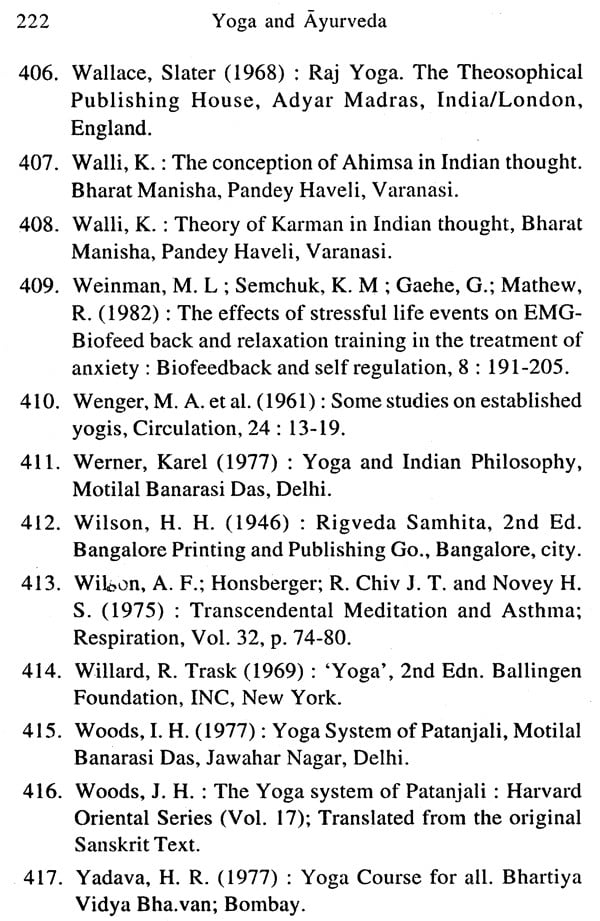 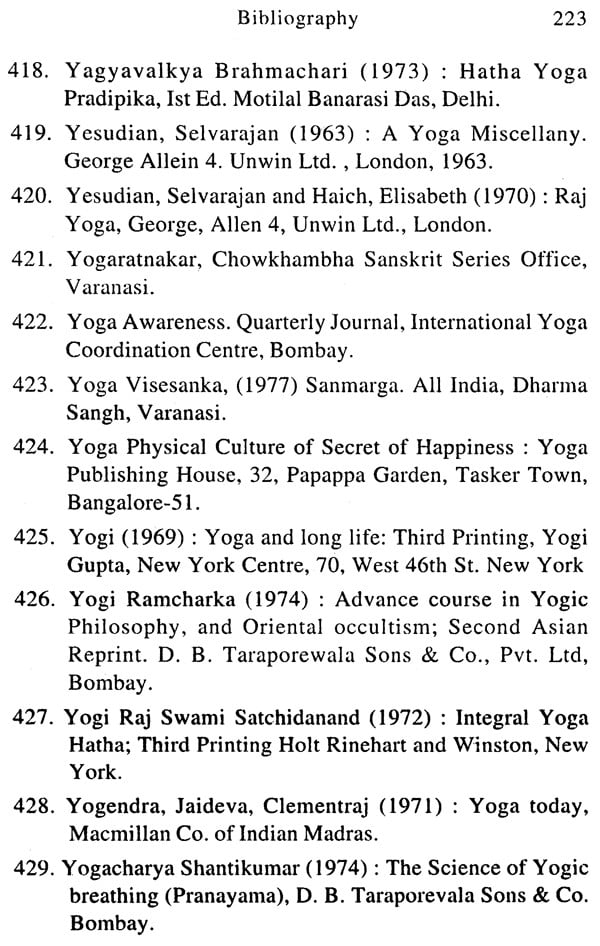