Yajnayudhani: An Album of Implements Used in Vedic Rituals, With Descriptive Notes 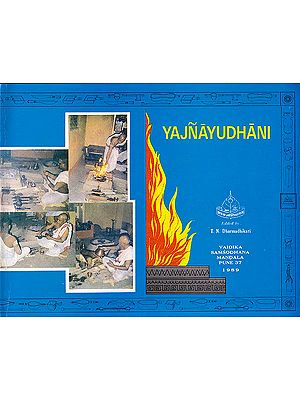 This book yanayudhani proves very much useful to the students, researchers and those having interest and curiosity about the srauta ritual. The book reflects our museum with scholarly information by the renowned scholar Dr. T. N. Dharmadhikari. Dr. T. N. Dharmadhikari was first Director of Vaidika Samshodhana Mandala (Adarsh Sanskrit Shodha Samstha) Pune: He has contributed a lot towards the collection of the utensils and converting it into a well arranged museum. The first edition of yanayudhani was published in 1989 and over the period of 20-22 years the copies exhausted. We are extremely thankful to Prof. V. K. Nulkar (Hon Trustee of Akkalkot Swami Maharaj Sansthan, Pune) and Shriman Kisanlalji Sarada) (Hon. Trustee of Shriman Kisanlalji Sarada, Pratishthan, Nasik) for their generous donations to bring out this second edition. When we decided to bring out the second edition, we were short of funds. We approached these philanthropic souls and within no time they sanctioned and disbursed the amount. This second edition of the yaiuiyudhiini could not have been possible without their support.

I take this opportunity to express my deep sense of gratitude towards the members of the Managing Committee of Vaidika Samshodhana Mandala - Prof. Dr. Saroja Bhate, Prof.

Dr. Pramod Lalye, Prof. Dr. Madhukar Dhavalikar and Dr. Ratnakar Chandekar who have been a constant source of inspiration. Their co-operation and guidance always enables me to undertake new projects and complete it.

I also acknowledge the efforts taken by Mr. Rahul Marulkar of Mandar Printers, Pune, for doing the printing perfectly and speedily.

We have great pleasure in presenting to the world of scholars interested in the ancient Indian Culture, this volume of an Album of Sacrificial Utensils utilised in the time-old tradition of the Vedic Sacrifices.

By the side of photographs, We have also furnished the information of the utensils, in respect of their material, shape and utility in Vedic Sacrifices_ This information is based on the relevant passages culled and cited from the Vedic Samhitas, Brahmanas, Aranyakas, Srauta and Grhya Sutras, Commentaries, Parisistas, Prayogas and Paddhatis etc-, either published or still hidden in manuscripts.

From the photographs of the utensils and their information, one may realise as to how the Vedic designers combined the utility of the utensils with their deep sense of aesthetics. This is more apparent when the distinctive marks have been invented in the designs for constituting difference between the utensils belonging to the same group.

Thus one finds a beak of Sruc similar to that of swan or to lips of elephant. Akarsa—phalaka is fashioned in the shape of serpant’s hood. Prasitra-harana assumes the form of cow’s ear; and Sphya appears like sword.

Rightly therefore the Rgvedic verse (VI.11.5) has referred to the Sruc as Suvrkti- i, e. well—fashioned.

We have therefore tried to point out both the characters of the sacrificial utensils- viz- form and utility; along with their material.

The utensils are traditionally used in the Vedic sacrifices from the hoary past, and are described in the time•0ld vedic literature. We therefore hope that this Album will help the students and admirers of the Ancient Indian Culture, and also the students of archaeology to some extent, in comprehending the nature of ancient designs. 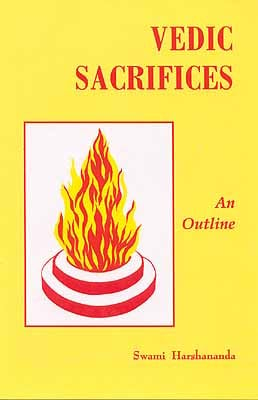 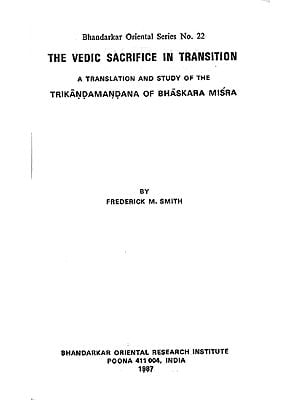 The Vedic Sacrifice In Transition (A Translation and Study of The Trikandamandana of Bhaskara Misra) - A Rare Book
10 inch X 6.5 inch
$52.00 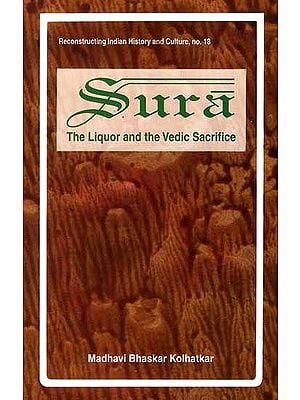 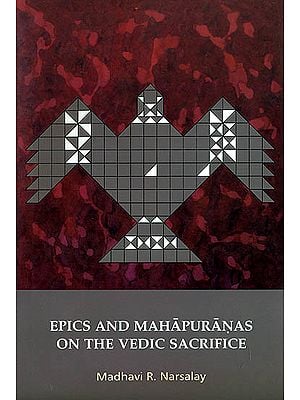 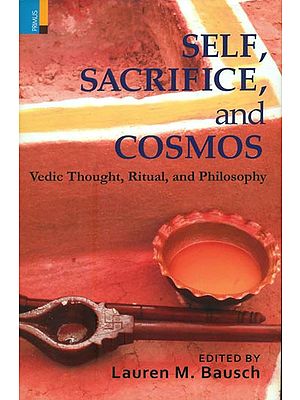 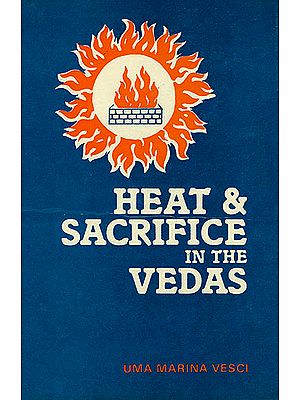 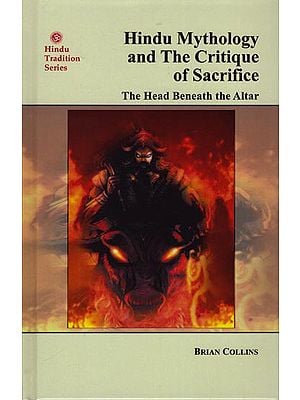 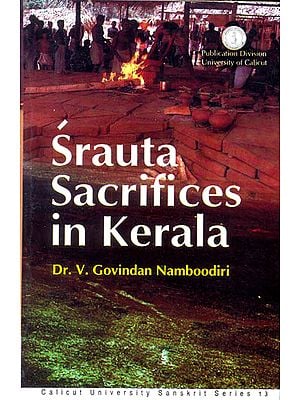 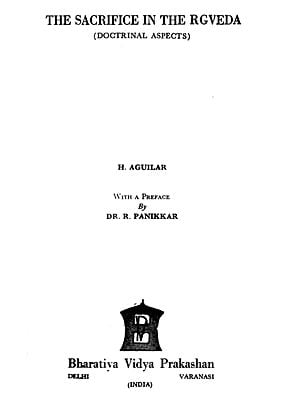 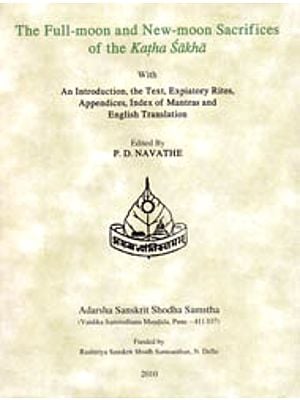 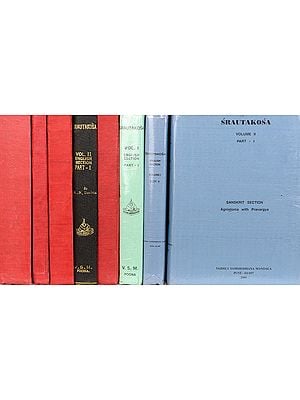