The World of the Tamil Merchants (Pioneers of International Trade)

How did the Tamil merchant become India's first link to the outside world?

The tale of the Tamil merchant is a fascinating story of the adventure of commove in the ancient and early medieval periods in India. The early period saw an economic structure dominated by the rise of powerful Tamil empires under the Pollard and Chola dynasties. This book marks the nay significant ways in which the Tamil merchants impacted the political and economic development of south India.

`Mukund creates a fascinating picture of busy polls. throbbing bazaar, artisan guilds and temple banks.... I The book highlights! the central rule played by commerce in the evolution of Indian civilization' Telegraph

'Kanakalatha Mukund weaves for us [al complex any... with a command over all the available historical sources of information' Book Review

Kanakalatha Mukund holds a doctorate in economics and was on the faculty of the University of Bombay, Bhopal University and the Centre for Economic and Social Studies, Hyderabad. An economist with a keen interest in history and a passion for textiles, she is the author of The Trading World of the Tamil Merchant, The View from Below and Traditional Industry in the New Market Economy. She lives in Coonoor in the Nilgiris.

Gurcharan das is a world-renowned author, commentator and public intellectual. His bestselling books include India Unbound, The Difficulty of Being Good and India Grows at Night. His other literary works consist of a novel, A Fine Family, a book of essays, The Elephant Paradigm, and an anthology, Three Plays. A graduate of Harvard University, Das was CEO of Procter & Gamble, India, before he took early retirement to become a full-time writer. He lives in Delhi.

This Book Is about Tamilakam, the land of the Tamil people. I have retained this in preference to Tamil Nadu throughout the book. Though both words mean the same, Tamil Nadu is now a political entity in a modern nation state, whereas Tamilakam refers to the linguistic and cultural identity of a people, dating back to ancient times.

This work is based on published Tamil literary works and inscriptions. All the material in Tamil cited in the book has been translated by me. Tamil words are transliterated as they are pronounced, rather than the more orthographically correct mode. Thus, I have used hard and soft consonants-1' and `g', 't' and 'd', `p' and t'-though there is only one letter for both sounds in Tamil, and also `j', 'h' and 's' which do not exist in the Tamil alphabet. For ease of reading, since Tamil does not have aspirated consonants, I have used Chola and Chera, rather than the more correct forms of Cola and Cera. I have not used diacritical marks in the interests of better readability.

I would like to thank Gurcharan Das and Penguin India for asking me to undertake this work, which has given me a great opportunity to revisit my roots. I would like to express my gratitude to various friends who have helped me in this effort. Dr R. Champakalakshmi was helpful with suggestions, which have been of great value. I would like to add a special word of thanks to Dr P. Shanmugam for generously sharing with me many rare publications which I would not have been able to access otherwise. My daughter, Janaki Mukund, and Chandra Chari of The Book Review, New Delhi, were most forthcoming in their readiness to help with references. I owe a great debt to my son-in-law, Srikumar Natarajan, for all his help with the illustrations.

I would also like to thank Dr Lakshmi Subramanian and Gurcharan Das for their suggestions and comments which have been very useful in revising the work.

In [Puhar] lived many merchants who brought in wonderful and expensive goods from other countries across the seas on large ships and overland on carts and carried on their trade here.

The story of Indian business M

The south has always had this advantage over the north. South India has a coastline, which means access to high seas and world trade via rich ports. Kanakalatha Mukund's masterly study of commerce in the Tamil country proves the value of a coast and the veracity of the old saying that nations that engage in trade will be more prosperous. Her ambitious study covers a period of more than a thousand years, from the Sangam age (first to third century CE), with its rich storehouse of epics like Silappadikaram and Manimekalai, to the end of the Chola Empire in the thirteenth century. Like other books in Penguin's multi-volume story of Indian business, it is based on a close examination of texts and inscriptions, seeking to mine great ideas in business and economics that have shaped commerce on the Indian subcontinent.

In this series leading contemporary scholars interpret texts and ideas in a lively, sharp and authoritative manner for the intelligent reader with no prior background in the field. Each slender volume recounts the romance and adventure of business enterprise in the bazaar or on the high seas. Each author offers an enduring perspective on business and economic enterprise in the past, avoiding the pitfall of simplistically cataloguing a set of lessons for today. The value of the exercise, if we are successful, will be to promote in the reader a longer-term sensibility, which can help to understand the material bases for our present human condition and to think sensibly about the future. Taken together, the series as a whole celebrates the ideal captured in the Sanskrit word artha, `material well-being', which was one of the aims of the classical Indian life.

The books in this series range over a vast territory, beginning more than 2000 years ago with the renowned

Tom Trautman's book on the ancient art of wealth, Arthashastra, and ending with the Bombay Plan, drawn by eminent industrialists in 1944-45 who wrestled with the proper roles of the public and private sectors--all their debates are brought alive by Medha Kudaisiya. In between there is a veritable feast. In addition to the Arthashastra and this volume, three sparkling books cover the ancient and early medieval periods-Gregory Schopen presents the Business Model of Early Buddhist Monasticism based on the Mulasarvastivada-vinaya; Himanshu Prabha Ray transfers us to the maritime trading world of the western Indian Ocean, along the Kanara and Gujarat coasts, using the Sanskrit Lekhapaddhati written in Gujarati; and Arshia Sattar recounts the brilliant adventures of The Mouse Merchant and other tales based on Kathasaritsagara and other sources.

Scott Levi takes off from the early modem period with the saga of Multani traders in caravans through central Asia over 500 years, rooted in the work of Zia al-Din Barani's Tarikh-i Firuz Shahi and Jean-Baptiste Tavernier. The celebrated Sanjay Subrahmanyam and Muzaffar Alam transport us into the world of sultans, shopkeepers and portfolio capitalists in Mughal India. Ishan Chakrabarti traces the ethically individualistic world of Banarsidas, a Jain merchant in Mughal times, his diary, Ardhakathanak. Tirthankar Roy's elegant volume on the East India Company is our passage into the modem world, where the distinguished Lakshmi Subramanian recounts the ups and downs in the adventurous lives of three great merchants of Bombay-Tarwady Arjunjee Nathjee, Jamsetjee Jeejeebhoy and Premchand Raychand.

Anuradha Kumar adds to this a narrative on the building of railways in nineteenth-century India through the eyes of those who built them. Chhaya Goswami dives deep into the Indian Ocean to recount the tale of Kachchhi enterprise in the triangle between Zanzibar, Muscat and Mandvi. Tom Timberg revisits the bold, risk-taking world of the Marwaris and Raman Mahadevan describes the Nattukottai Chettiars' search for fortune. Vikramjit Banerjee rounds up the series with competing visions of prosperity among men who fought for India's freedom in the early twentieth century through the works of Gandhi, Vivekenanda, Nehru, Ambedkar, and others. The privilege of reading these rich and diverse volumes has left me-one reader-with a sense of wonder at the vivid, dynamic and illustrious role played by trade and economic enterprise in advancing Indian civilization. 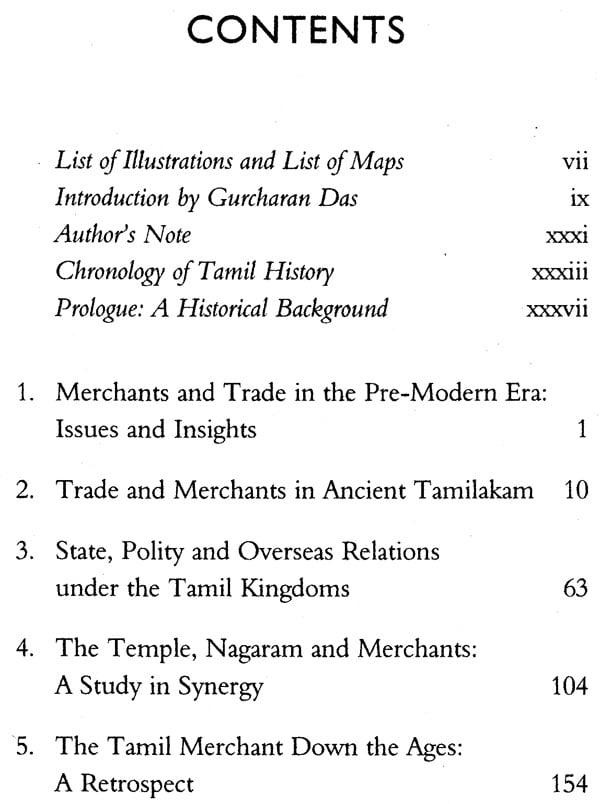 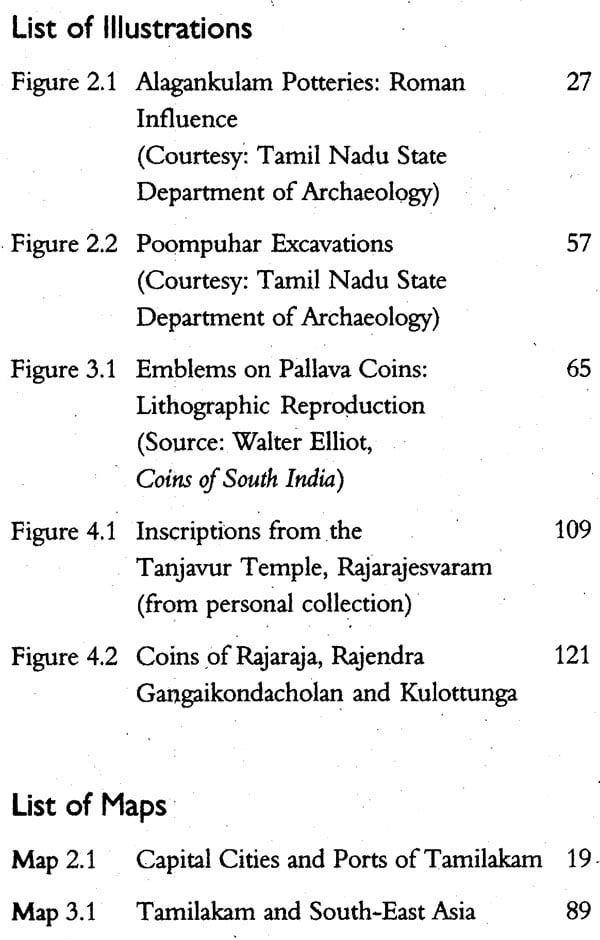 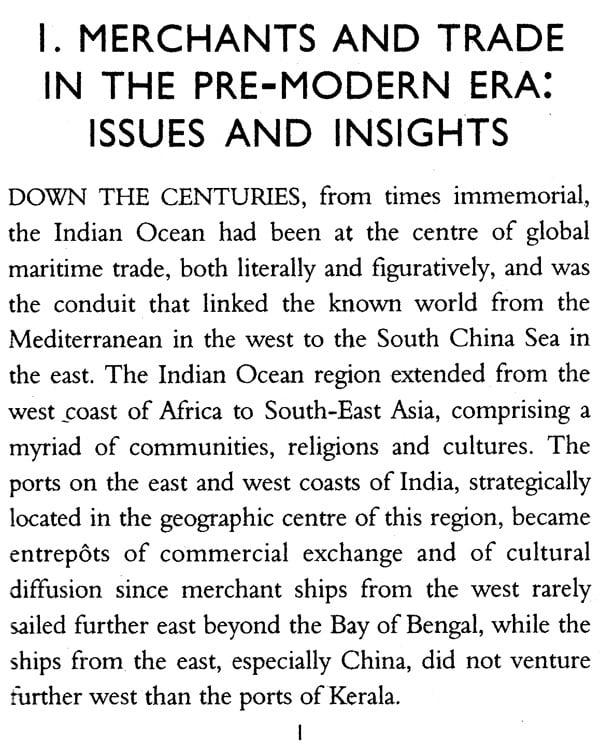 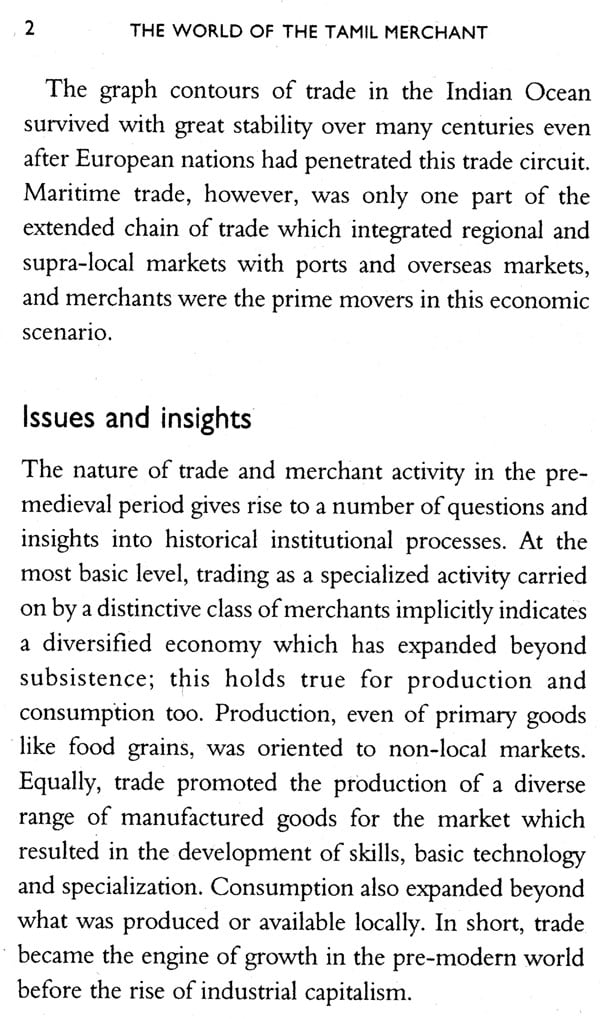 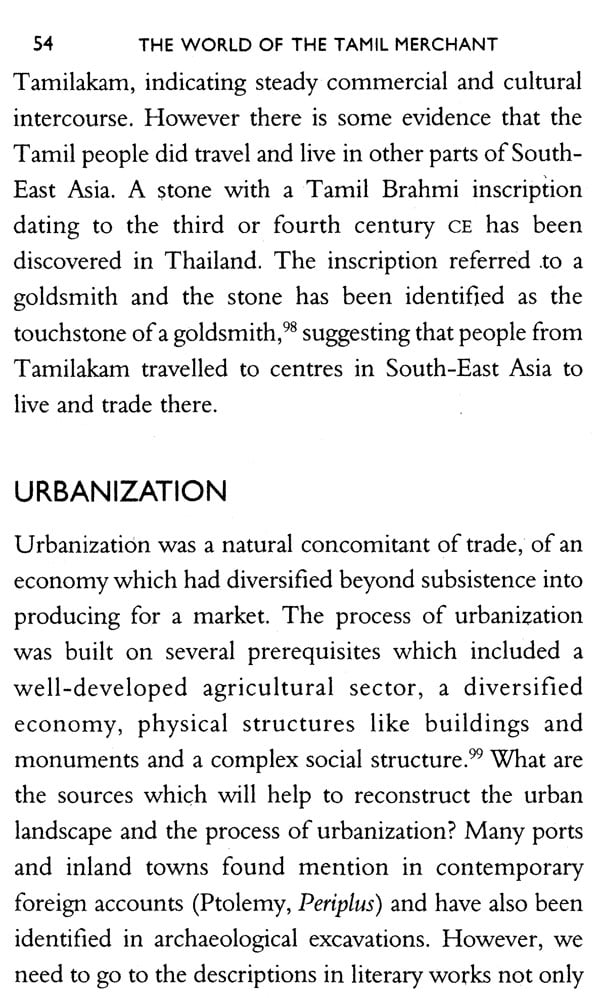 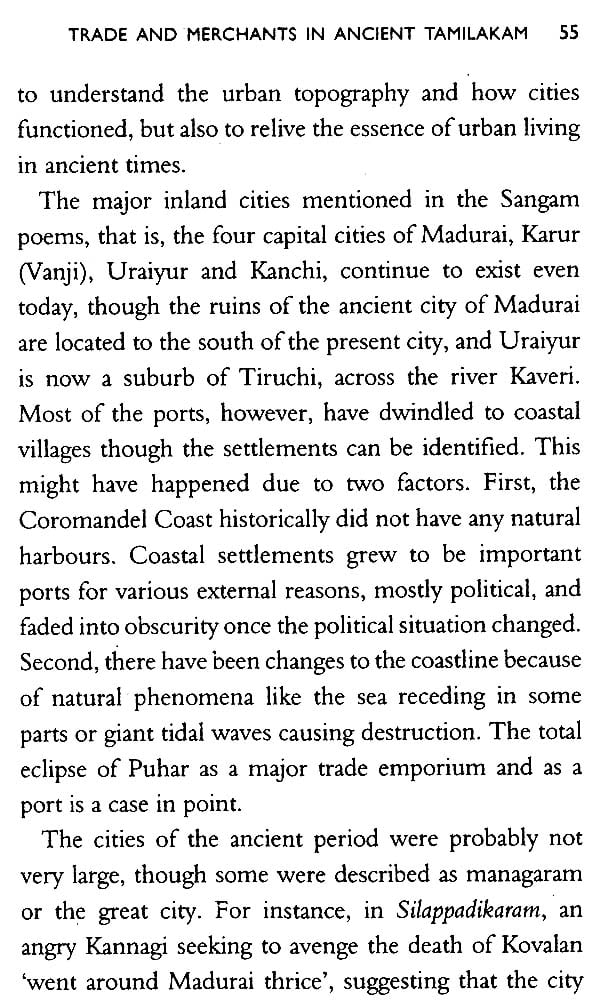 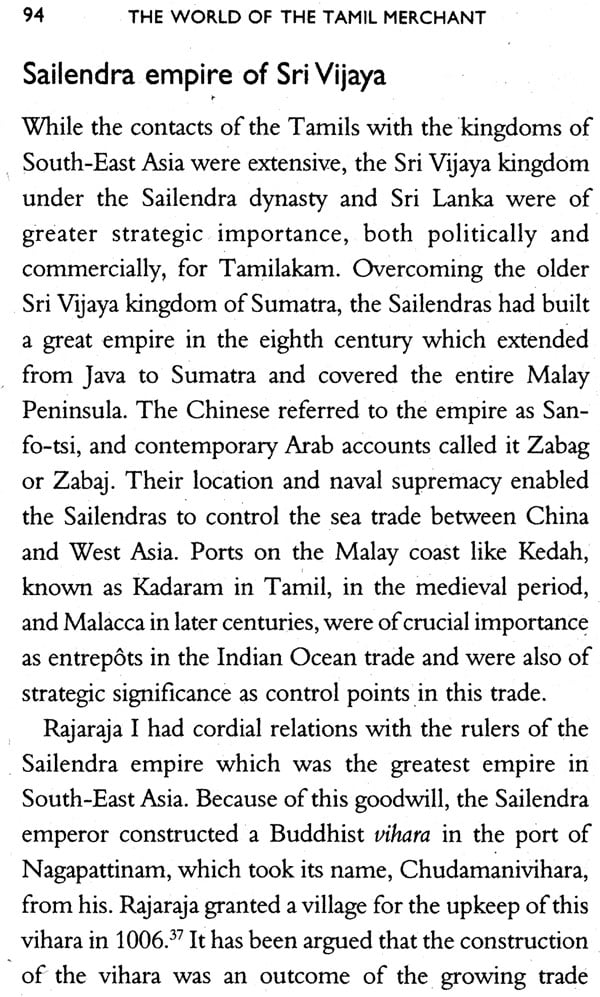 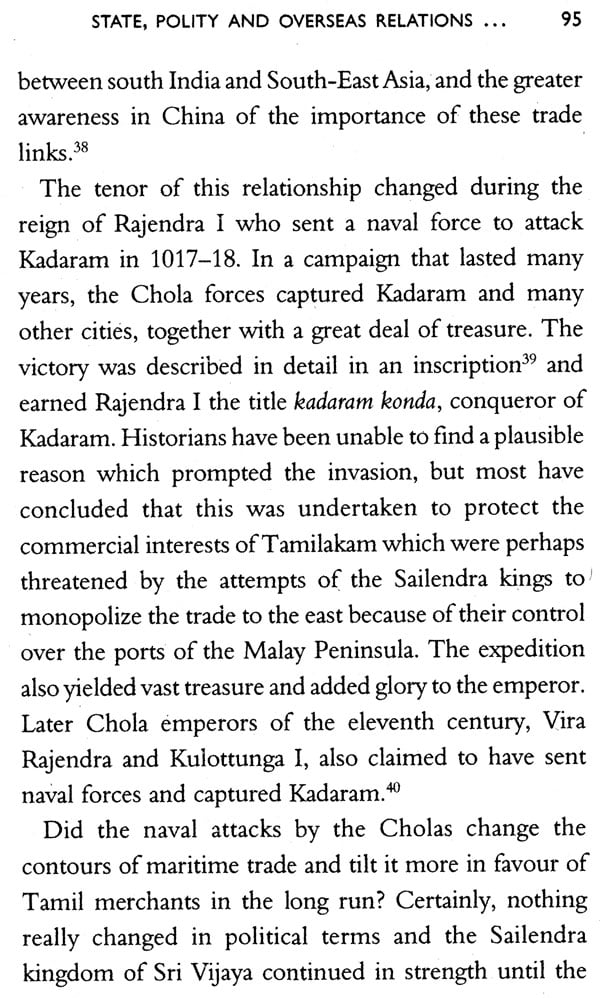 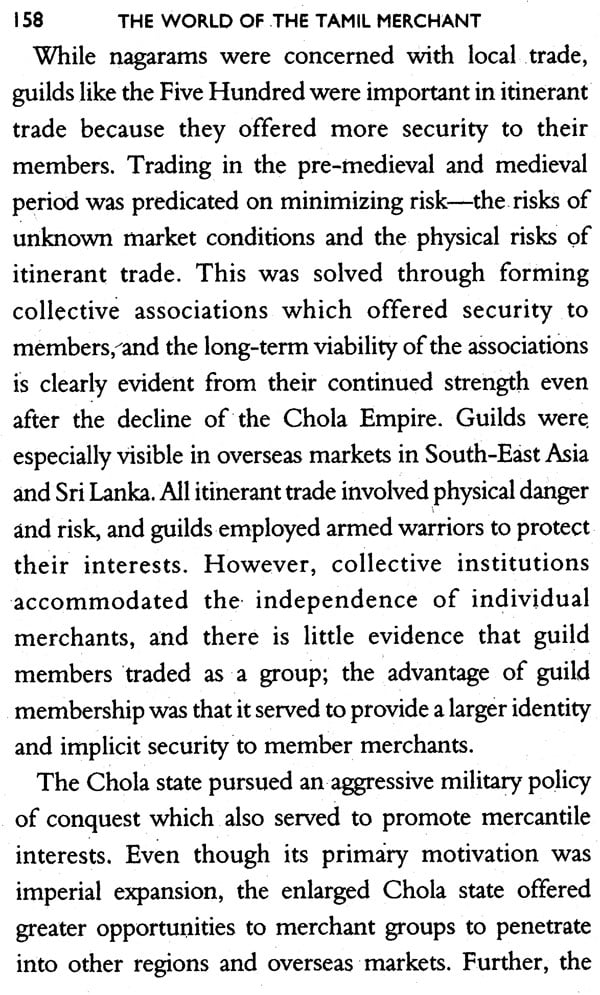 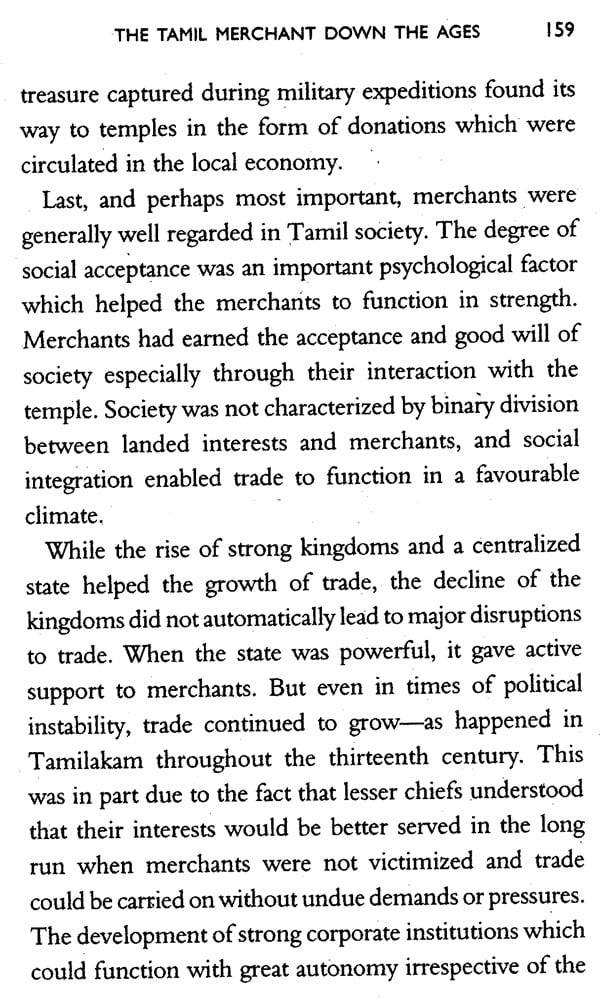 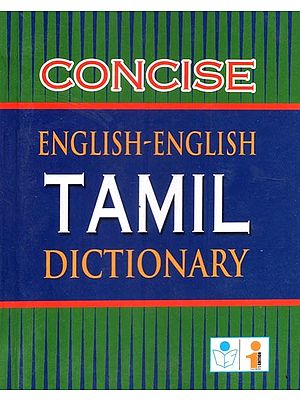 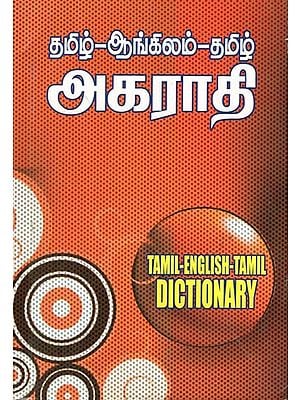 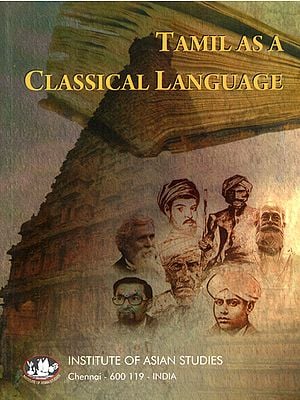 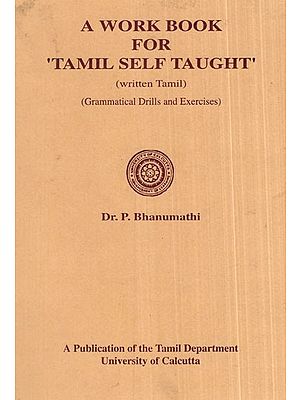 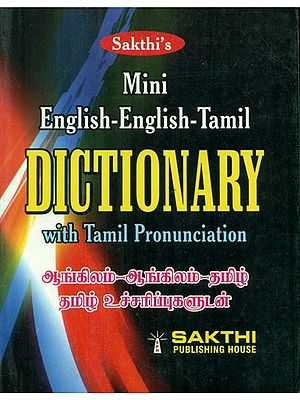 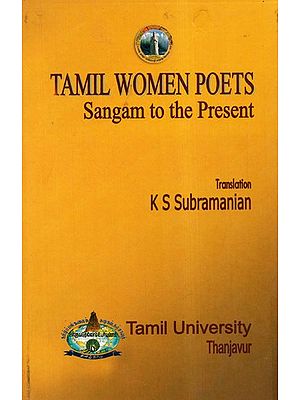 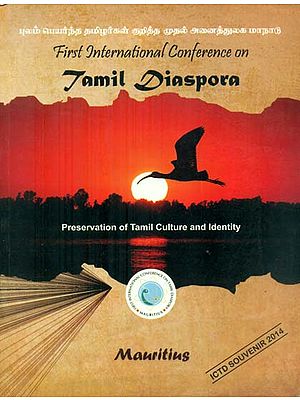 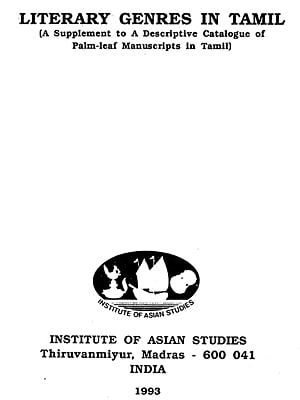