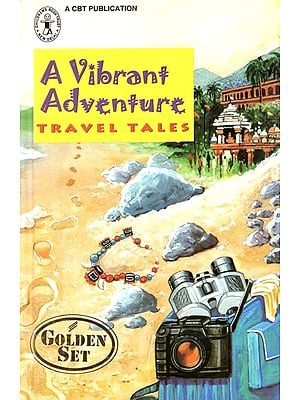 A compilation of five prize winning travelogues, the book takes you across five vibrant regions of India. Malana, set in a sleepy, ancient village by the same name in Himachal Pradesh is where Jack arrives from England in search of his mother. Will the all powerful Jamlu God allow the reunion between the two?

Take a trip to the centre of India with Mahesh and Malavika in Malwa on my Mind and visit Indore, Ujjain, Omkareshwar, Mandu and Bhopal where the unique sights and smells beckon everybody.

The third book, Hunt for the jewels, takes you from Gwalior to the dusty town of Bhind, to the grand palace of Bir Singh Dev in Datia, and then to the palace of Rai Parveen in Orchha in the quest for a half-a-century old treasure. Who gets to keep the treasure finally? Footloose on the West Coast is a journey from Chennai to Mangalore, Kollur and Udupi. Enjoy the smell of the rain-soaked earth, the dense vegetation and the various cultural treats that the State offers.

Finally, board a ship which will take you to Andaman and Nicobar Islands in Kalapani and enjoy the myriad interesting things the various islands have to offer including the beautiful rainforests and the historic Cellular Jail.

"May the sun never set on your empire, General," declared Philippos, raising his right fist in salute. He stood rigid as a spear, then saying no more.

Slowly, the man on the camp cot turned, to gaze at his officer. Philippos looked unflinchingly back at his commander, taking in the young, lined features and the broad, prominent nose. The deep-set eyes bored into his own, trying to read everything that lay beneath the stoic Grecian countenance.

Over the General's shoulders was thrown a purple cloak, the only concession the warrior made to the emperor. The rest of his garb was a little different from his soldiers —the short tunic, armour, weathered leggings and sturdy, heavy-soled slippers. The short, heavy, broad sword lay not far from the General's right hand, as workmanlike in its oiled scabbard as the soldier king's attire.

"The Sun and the elements have their own inscrutable ways, Philippos!" replied the commander, rising and acknowledging his officer's salute with a wave of Macedon balked at effort!"

He shrugged, as if dismissing the thought, then again began to pace up and down the length of his tent.

"But tell me, Philippos, what have you to report? Is everything in readiness for your journey?"

"Whenever you give the word, General!" said the officer, clicking his heels. "The men are at call, ready to ride at a moment’s notice."

"How many are you on this mission?"

"Good! You have a week to go and return," said the king as a frown creased the broad forehead. "We shall not wait here a day longer than that. At sunrise on the eighth day we leave this place. The men will not be patient much longer, Philippos. They have already been away from their homes for God knows how long! And I have not the heart to drive them further. These brave Greeks have conquered everything that came their way!"

None knew better than this stocky soldier about the working of his great General’s mind. He had been with the king in every campaign since the Macedon, Philip, left his small Greek kingdom and dreams of an empire to the young Alexander. They had fought shoulder to shoulder in many an eventful battle from distant Persia to the lands of the brave Indians.

A few days’ ride from where the Emperor's army was now encamped, had been fought the bitter war with King Porus. Tired by incessant campaigns and the never-ending marches, the brave Greeks had begun to murmur, some threatening even to desert if the army did not turn back towards home. Alexander himself, Philippos knew, was close to exhaustion, although the haughty Macedon would give up breath rather than exhibit any sign of weakness before his comrades-in-arms.

"If you do not return on the morning of the eighth day, you shall be left behind!" emphasized the king. Then he stepped forward and laid both hands on his companion’s broad shoulders. Looking the solid, impassive Greek up and down, Alexander suddenly pulled him to his breast. The two embraced in silence, Emperor and soldier. Without a word, then, Philippos turned and left his commander's tent.

Leaving the tents of the Greek army, the handful of men struck out eastwards. Philippos, commanding the platoon, set a brisk pace. He knew how little time there was at their disposal. They had barely time enough to reach the great cut in the mountain range that sprawled across the eastern frontiers of Ind. Any time now, these mountain passes would be lost in sheets of ice, marking the onset of a terrible winter. Once that happened, the Greeks would have to wait months before the ice melted and the passes became negotiable again.

The platoon rode hard through the day and late into the evening, pushing their horses to the limit. When they stopped, it was only to water or feed the animals. As for themselves, these hardy Greek adventurers ate, and often slept, on their saddles.

But, hard as they rode, it was two days before the small contingent arrived at a cleft in the vast mountain range. It took them all of the next day to traverse the rocky defiles of what was little more than a dried mountain gorge.

When the first faint tremor reached the men, they did not even rein in their mounts. In Philippos’s mind was the all-consuming fear that they might not make the return in time and be left behind on the hostile plains where his Emperor's army was bivouacked.

The second rumble, when it came, was louder. Philippos noticed this and paused for a brief back- ward glance at his men. But the platoon plodded uncomplainingly along with that stoic courage which had seen the Greeks overwhelm the mighty Persians and quell the brave Indians.

Their horses were the first to react, the instincts of the beast getting the better of iron discipline. No sooner did the third tremor hit, than several of the animals halted in midstride. Up they went. rearing wildly on their hind legs, frightened neighs shocking their riders out of the evening calm.

"The horses! The horses!" shouted one of the men.

"What is the matter with our horses?"

"The sound! The earth trembles!" screamed another as the contingent lost all semblance of order. The scared beasts started milling around, seeking escape from the unknown terror.

Philippos sensed the danger. If their mounts panicked, they were lost. The platoon could still ride out of this place within a few minutes, he realized. They were almost at journey’s end. In another three days his company could be back with the army of Alexander, mission accomplished. 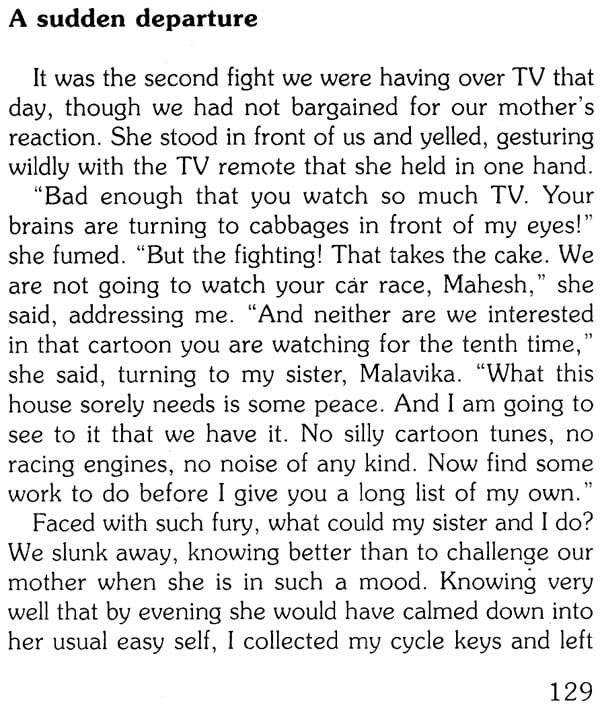 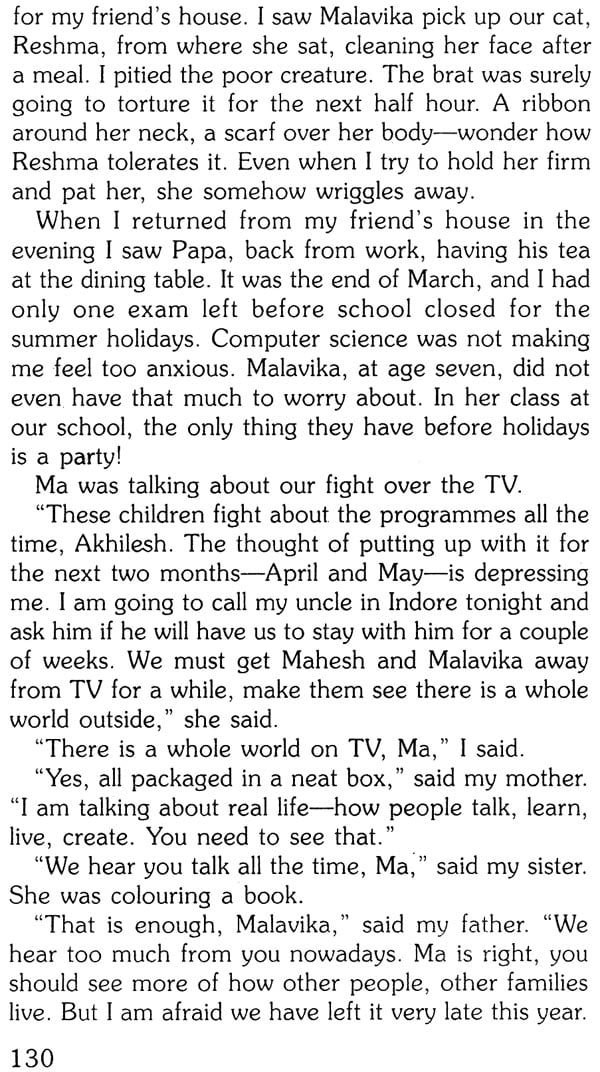 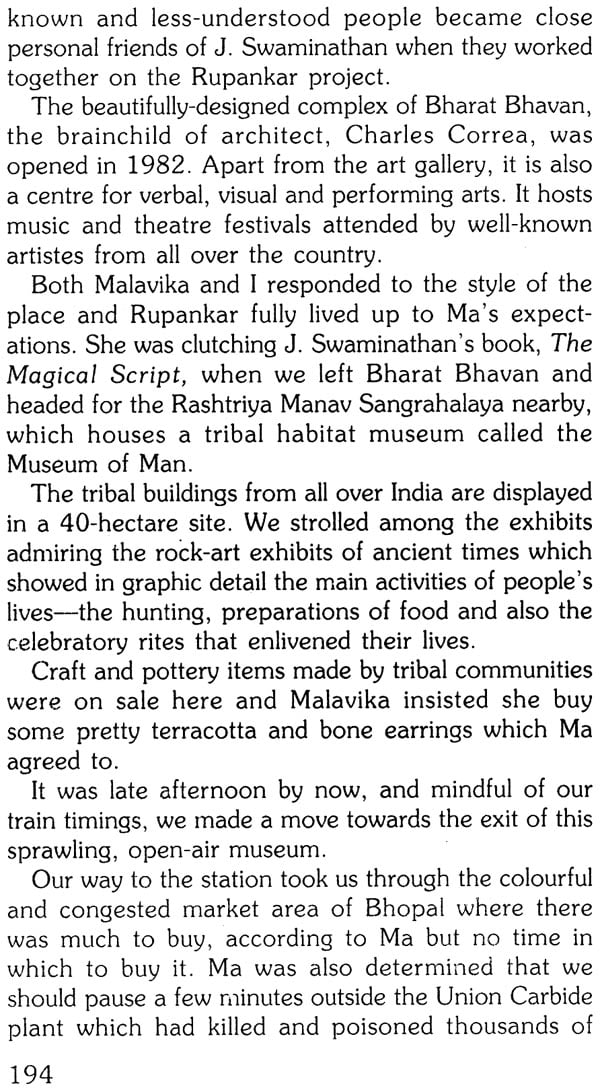 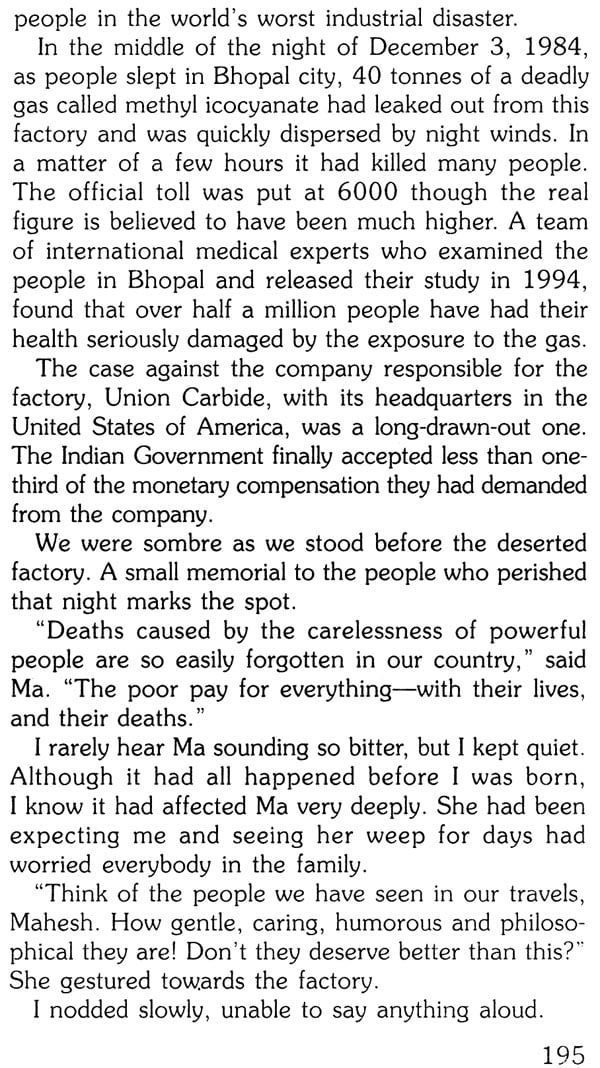 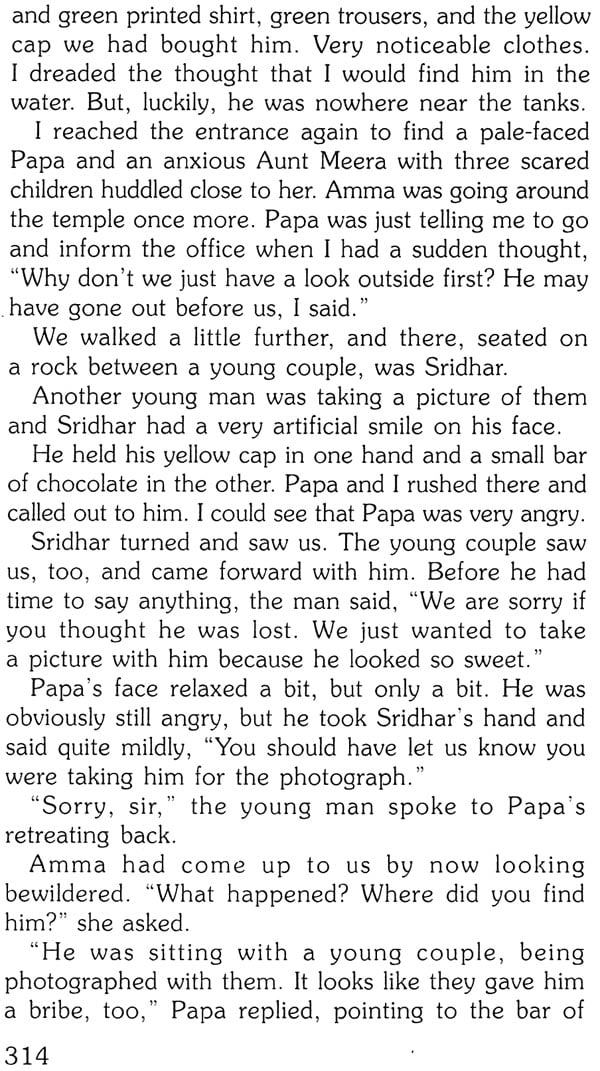 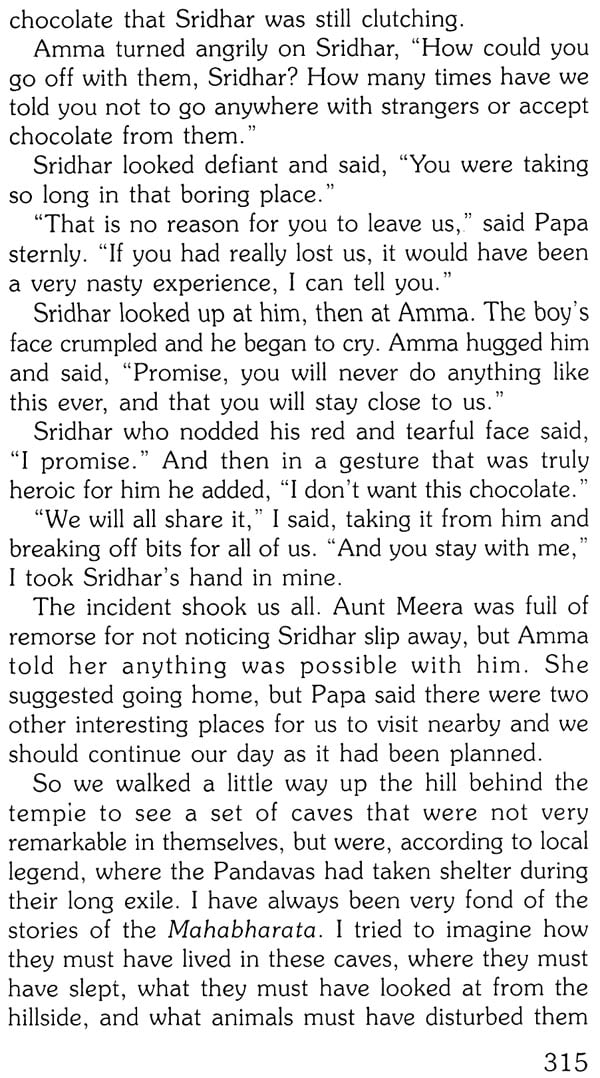 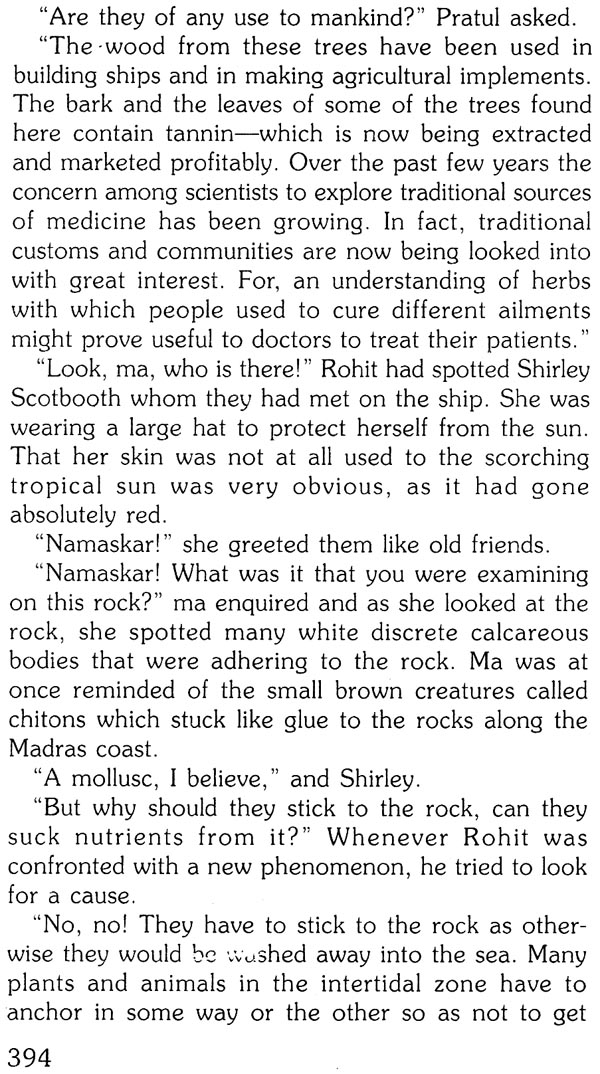 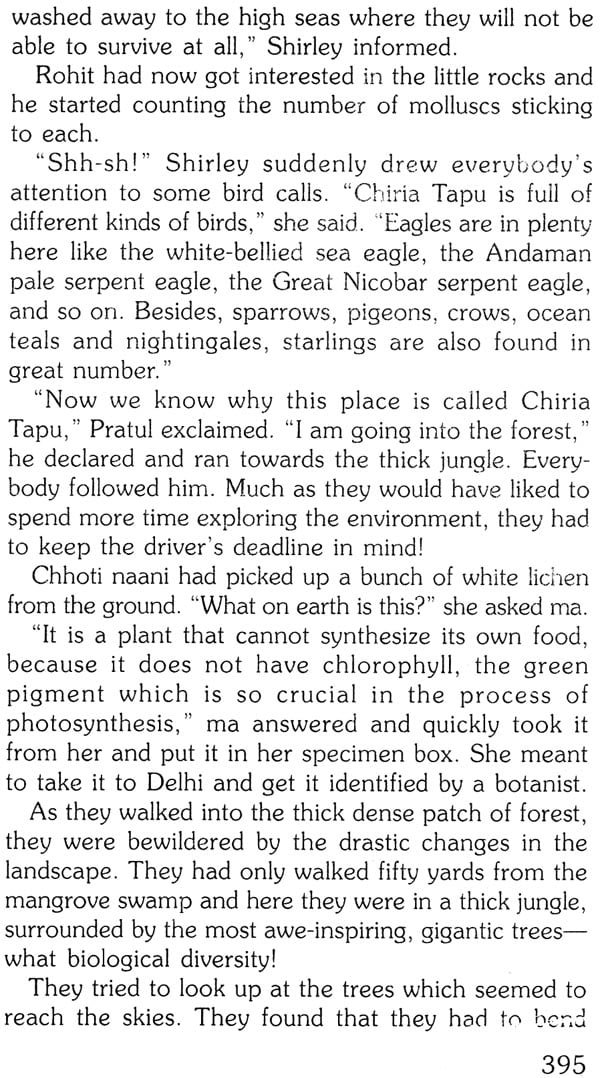 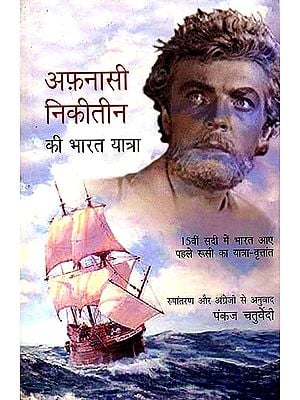 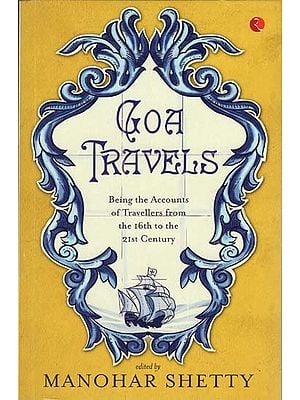 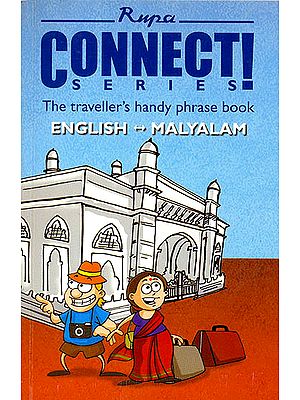 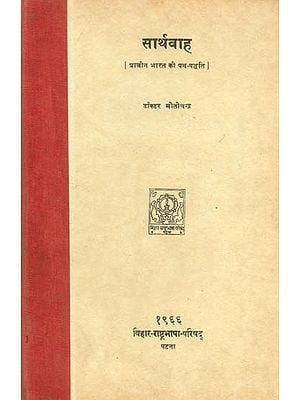 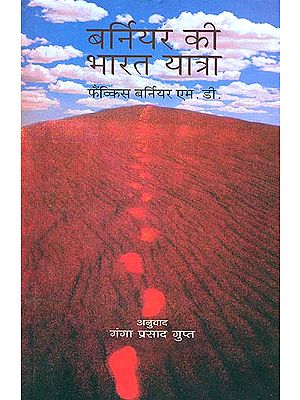 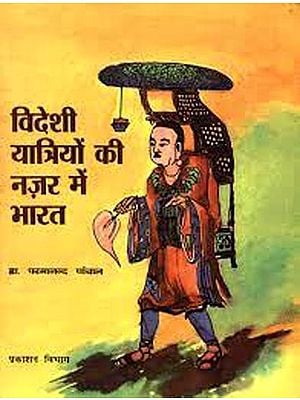 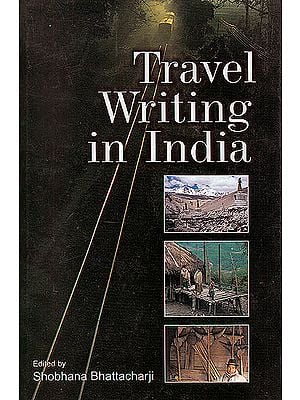 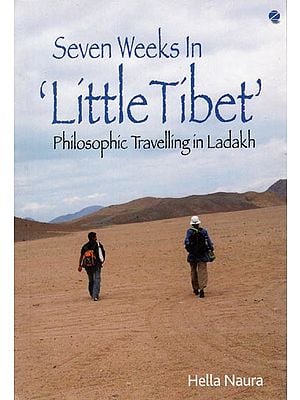