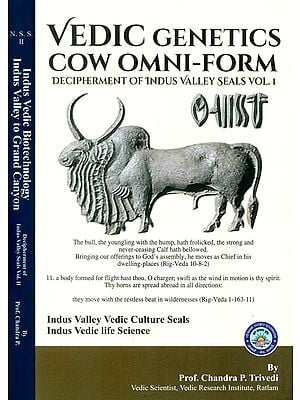 $65.00
Notify me when this item is available
Save to Wishlist Send as E-card Share by Email
About the Book
The book explores the scientific Vedic cultural heritage of India. Once in History, Vedic culture was all over the world and Sanskrit was an International language. The decipherment of Indus Valley Vedic culture seals and Petro glyphs in Pyramids of Egypt and I Grand Canyon explore the same. Prof. Trivedi with The interdisciplinary approach has deciphered the Indus Valley Vedic culture seals. His outstanding research in the field of Indology made books very important for the students, researchers, and also common curious society to understand the scientific Vedic cultural heritage of India. As also for the Scientists related to Physics, Biology, and Genetics to have a new theory on Higgs field and origin of life consciousness. The book is useful for Archaeologists, Historians, and Sanskrit and Vedic scholars as well. The seals and tablets excavated at Indus Valley were prepared for demonstration and teaching, to teach the Origin and evolution of creation and life, with its text in Vedas. The symbols on the seals is not a script of any language, these are microscopic cytological models of DNA and chromosome to demonstrate stages of cell division, where Chromosome divide from chromosome to chromosome. The fundamental energy is working with its dualistic forces Photon and Phonon. The Phonon stimulates the event to happen and the photon undergoes synthesis and disintegration. DNA is an instrument of life and Phonon beholds the life consciousness.
About the Author
Prof. Chandra P Trivedi Professor with an incredible amount of experience as a professor, researcher, and Principal of the lead college, Bhind and Ratlam under Jeewaji University, Gwalior, and Vikram University, Ujjain respectively. As an academician author of more than 12 books, his books and work has been published in many leading papers of the subcontinent and books from India and Germany.

He is a former senior fellow, Department of culture, Govt. of India, Associate IIAS, Shimla.

As a Professor and Scientist, he has gone into the depth of Yoga, Meditation, Spiritualism, and Vedas at Vedic Research Institute, Ratlam. He is among the original thinkers with an innovative approach to solve the national problem. He is a great thinker and enlightened with 'Brahma Gyan' He explored India's glorious past with the answer of Einstein's Grand Unified Force.

He has deciphered the Indus Valley seals with its text in Vedas.

Life has evolved from single DNA and cell with genetic recombination and cell division. The first amino acid is synthesized 4.6 Billion years ago in slime soup from purine and pyramiding base pair with resonant vibrations of charged ions in the colloidal solution. It has evolved into a prokaryotic cell and autotrophic eukaryotic cell with protoplasmic vibrations and cell division. The protoplasmic vibrations connect life with DNA as two pillars on the path of evolution. The Higgs field imparted mass to proteins and food metabolism is the source of life. The phonon has evolved into thought and words with consciousness.

The DNA is an instrument of life and phonon beholds the life consciousness with its dualistic complimentary spectrum to execute the function of life. The plasma membrane acts as a transition zone with electron configuration, just like two faces of the same coin. The man has never seen the voice, yet he sees, one man has heard but never heard her, but on another man, she showed her beauty as well dressed women to her husband. The voice is the earliest with the origin of life. The wise men have created the language for communication. It is imprinted in the mind as a blessed sign of friendship with the music of life in different tones of seven syllables.

Indus Vedic Biotechnology is a monumental work on the Indus Valley. The Vedas are the oldest literary monuments of the world. As such they represent the com- moon heritage of mankind on the earth. Prof. cap. Trivedi has entered this field as an environmental complimentary scientist and gone into the depth of various traditions of Indian theology. With his background in Indian culture and modern science, he has interpreted the Vedic hymns in chronological order with a depth of Vedic knowledge.

He has decoded the Vedic Language code and deciphered the Indus Valley seals and Copper tablets. Indus Valley Vedic Life Science is the effort of his great devotion to the subject with a firm scientific background. He has traced all the scientific theories of modern Science in the Vedic hymns. Previously we have heard from the mouth of Maharishi Sri Aurobindo and Maharishi Dayanand that the Vedas are the book of true Science. Prof Trivedi with his great devotion has proved the same with his scientific approach.

The Inscribed Copper Plates from Indus Valley (Harappan) Civilization (c. 2600-2000 BC), one of the plates bears 34 characters, which is the longest known single Indus script inscription. Prof. Shinde & Willis 2014 hypothesized that the copper plates have consistent with use in copper plate printing as earliest known printing de- vices. It has inspire to search the use of copper tablet with one, two or longest 34 character. It suggests that the text may be descriptive or instructive, and has a special purpose.

The De oxy ribose Nucleic Acid DNA is light of life. It carries information from generation to generation with hereditary characters. DNA is universally present in living beings, and it regulates the life of an individual with its coded information. Hence he is the watchman of life, which stores the deeds of an individual in its coded language and decodes the same with time.

The UNESCO has included the Rig-Veda in the list of world heritage. It is unanimously accepted that the Vedas are the oldest literary monuments of human civilization on the earth. The excavation at Indus Valley has left a mystery behind it. The archaeological pieces of evidence are so scanty that no conclusion can be drawn from it. The epoch-making discoveries made by the Archaeological Survey of India have revealed to us that, in the third millennium B.C., a full-fledged civilization, already age-old and stereotyped, flourished on Indian soil based upon a highly developed urban economy and discipline. The excavation carried out at Harappa and Mohenjo-Daro has pushed the antiquity of Indian civilization far back into the past and enabled India to make an entry in to, and claim an important place in the world, so far as the matter of advanced civilization is a concern. But the interpretation of the Vedic language and its correlation with Indus Valley civilization was hard to understand.

To the epoch-making discovery of Indus Valley civilization, Prof. C.P. Trivedi an environmental scientist and a Vedic scholar has given a new flash of light with the decipherment of Indus Valley Vedic Culture Seals.

Prof. Trivedi as a professor and scientist has done this job with great devotion.

It is a fact that the Indus Valley Civilization was scientifically developed. It has generated a quest that how they have touched this height of development? Accordingly, the search has been done in a different direction, which was not touched earlier by the scholars working on Indus Valley. For them, the script of Indus Valley seals and Vedas were only the guide. The unsolved problem of Vedic language, Indus script, and philology has intensified the mystery. The scientific approach by Prof. Trivedi in the light of modern science has given the answer that the Vedic language and Indus Valley seals have synonym symbols, and they can be interpreted in the light of modern Science.

Life has evolved from single DNA with genetic recombination and cell division The DNA has antennae and speaker to execute functions of life, food metabolism is the source of life.

Introduction
The Indus Valley was the most advanced civilization. With the discovery of the Higgs field 2012, DNA Watson and Crick 1953, Phonon can disintegrate Photon in a crystal Lie etal 2014. We have touched their height up to this and can grasp further.

The seals and tablets excavated at Indus Valley were prepared for demonstration and teaching, to teach the Origin and evolution of creation and life, with its text in Vedas.

They have used Lexicography, where each word or sentence has a symbol. Its answer is in complimentary symbol in concern Vedic hymn.

The symbols on the seals is not a script of any language, these are microscopic cytological models of DNA and chromosome to demonstrate stages of cell division, where Chromosome divide from chromosome to chromo- some.

Life has evolved from single DNA with genetic re- combination and cell division. The Unicorn expresses the same. The animal body represents the cosmos which feeds the creation with elementary particles.

The Electron Microscopic tiny structures of DNA technology and crystallography have been engraved on the tiny seals to express successive stages during the discovery of DNA.

Biotechnology was most advance, they have developed transgenic animals and plants as reflected on cop- per tablets. Gene technology was their main business to supply genes and hybrid seeds.

After achieving success in Biotechnology, they moved to Egypt and Grand Canyon to search for vital life consciousness in the deep sea near the geomagnetic belt of earth. They have constructed pyramids and developed an underground cave city at Grand Canyon. The petro glyphs excavated at Grand Canyon and pictures in the pyramids explore their discovery of vital life consciousness and Phonon technology with its text in Vedas. They have developed Giants and human clones.

The most important discovery is that fundamental energy is working with its dualistic force Photon and Phonon. The Phonon stimulates the event to happen and photons undergo synthesis and degradation. The Phonon wave beholds Life consciousness and DNA instrument of life, which came from the Sun as Pyramiding and Purine base pair.

Unicorn The symbolic animal to express that life has evolved from single DNA with genetic recombination and cell division.

The animal body represents the cosmos, which feeds the creation with elementary particles from the Sun. The incense burner below the neck expresses that the Sun is the source of light and energy. 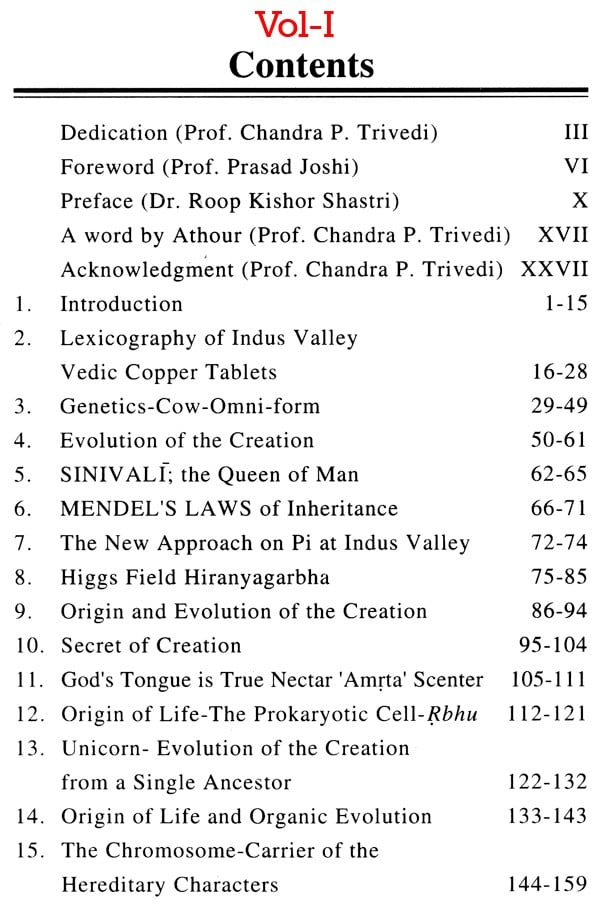 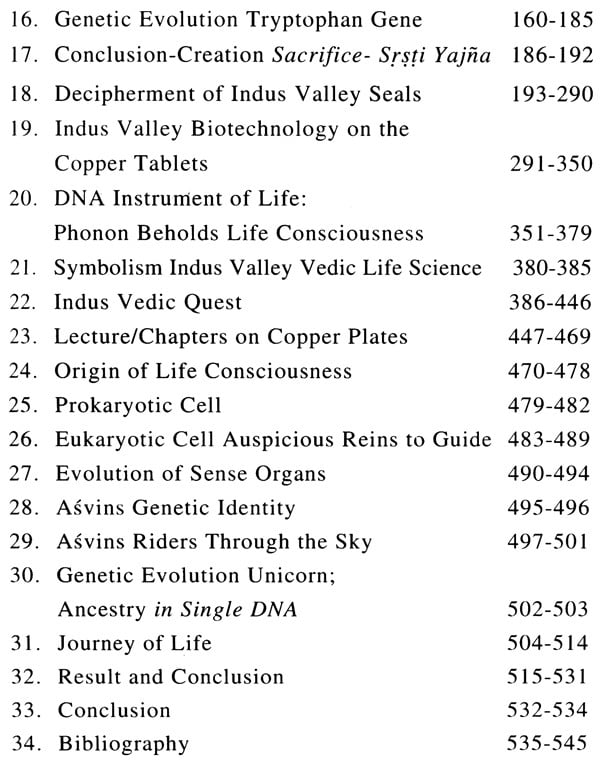 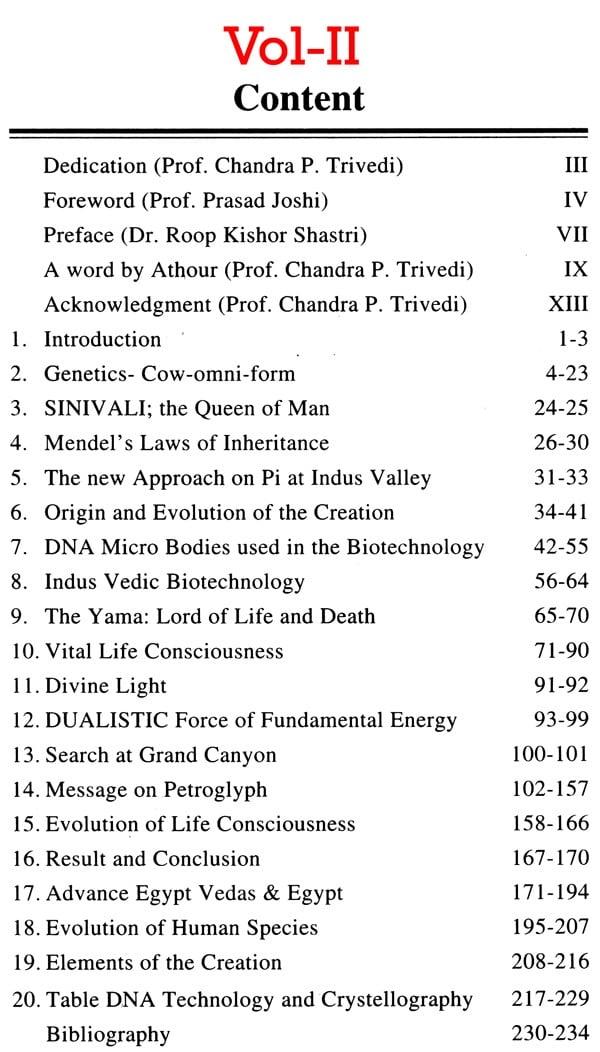 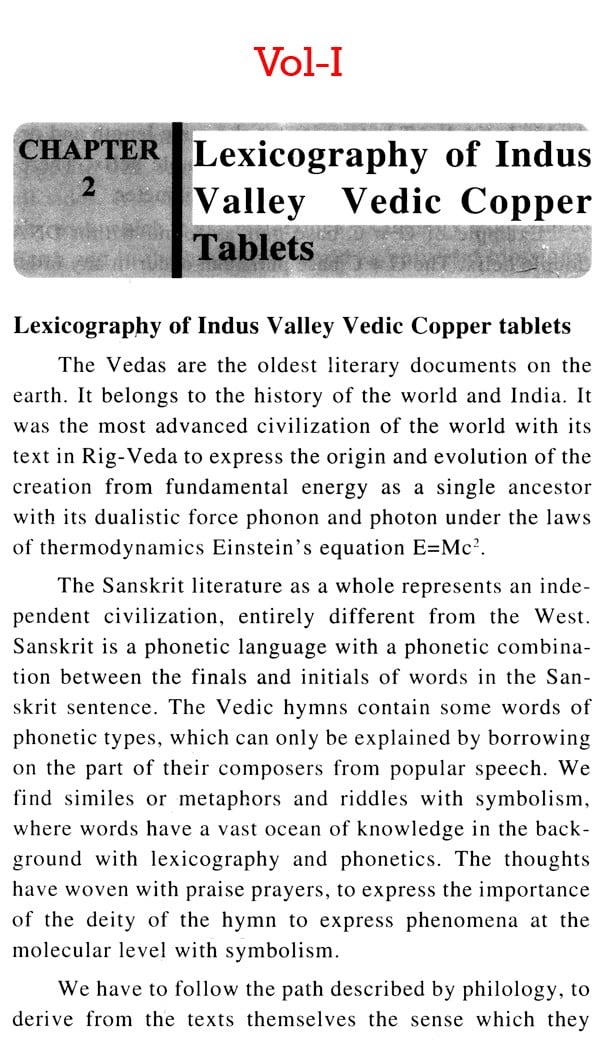 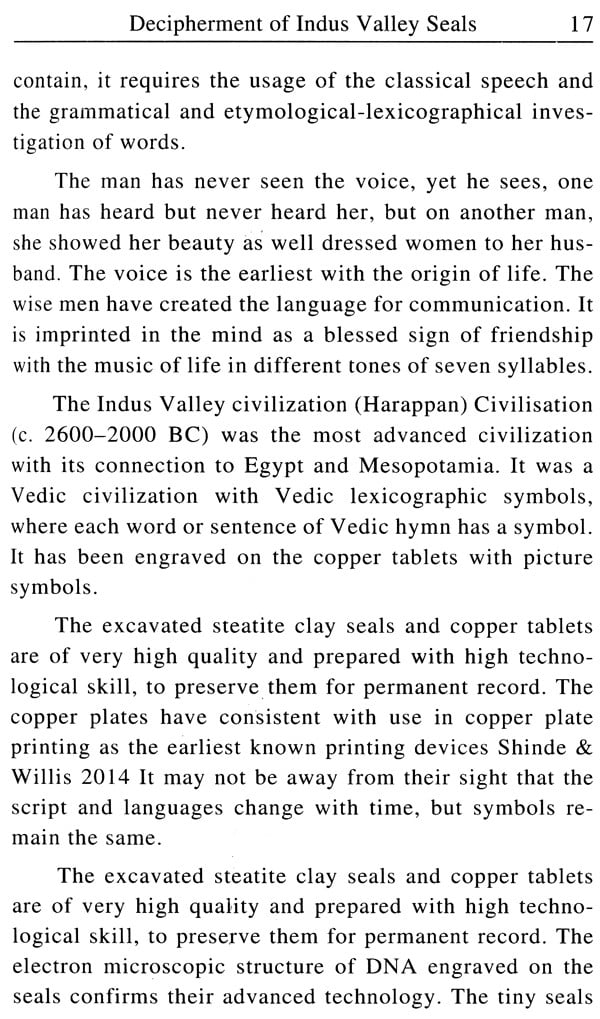 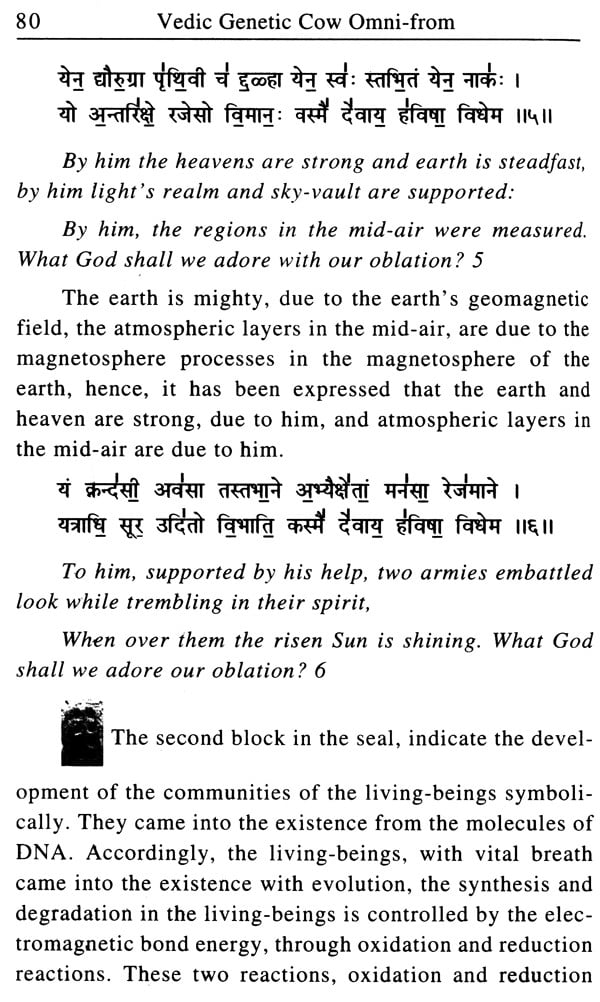 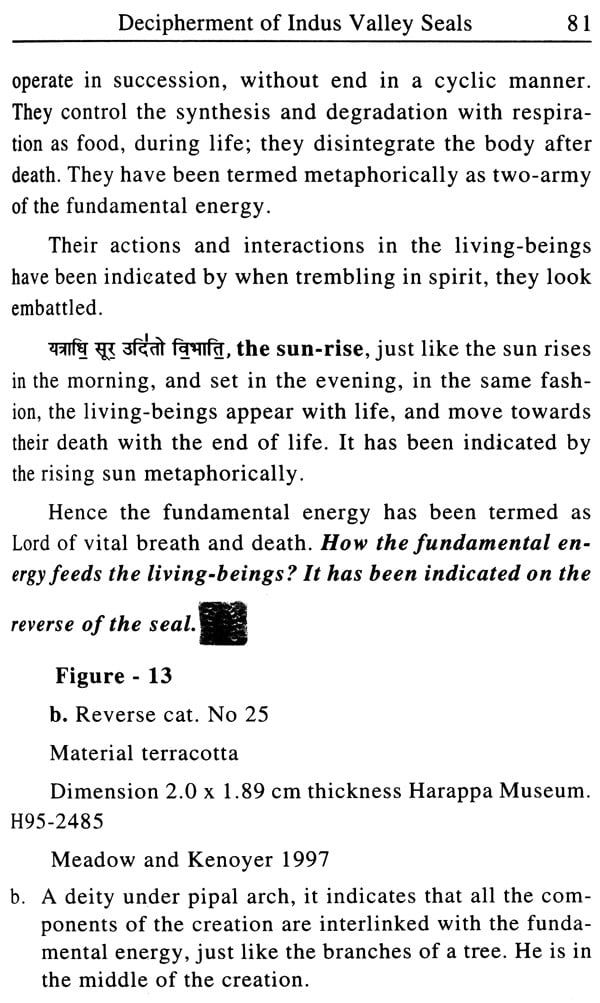 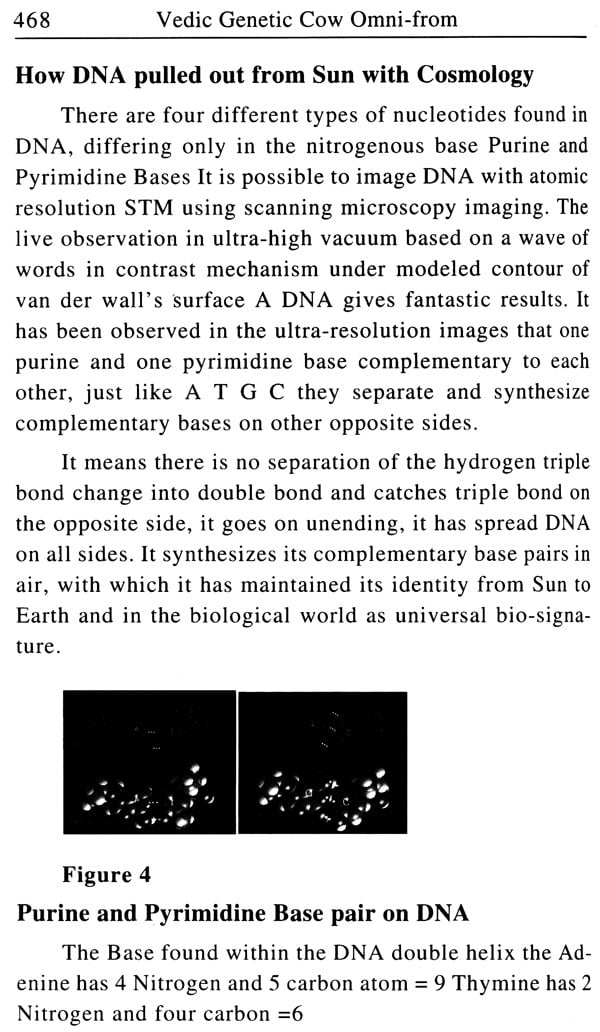 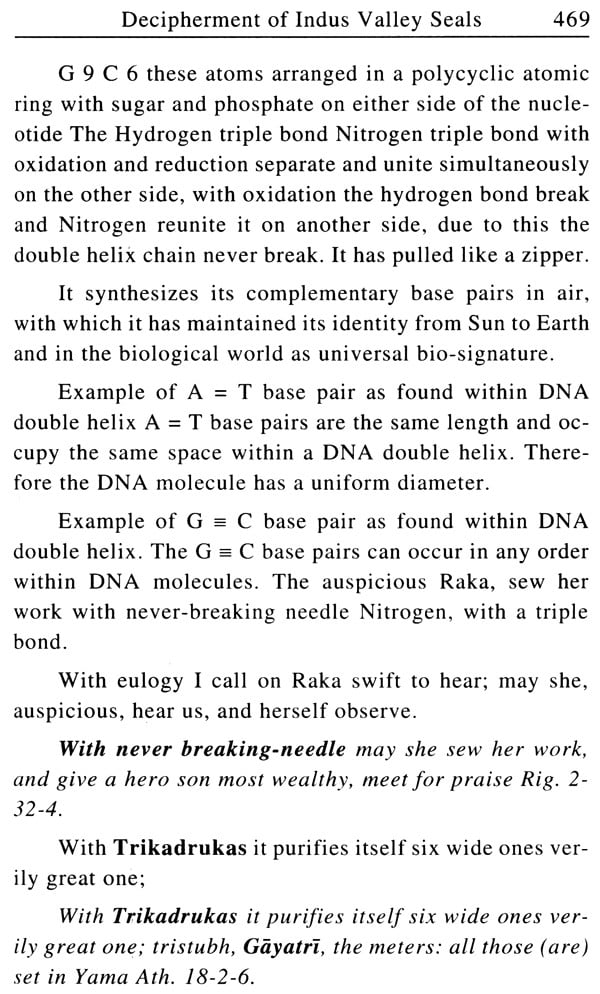 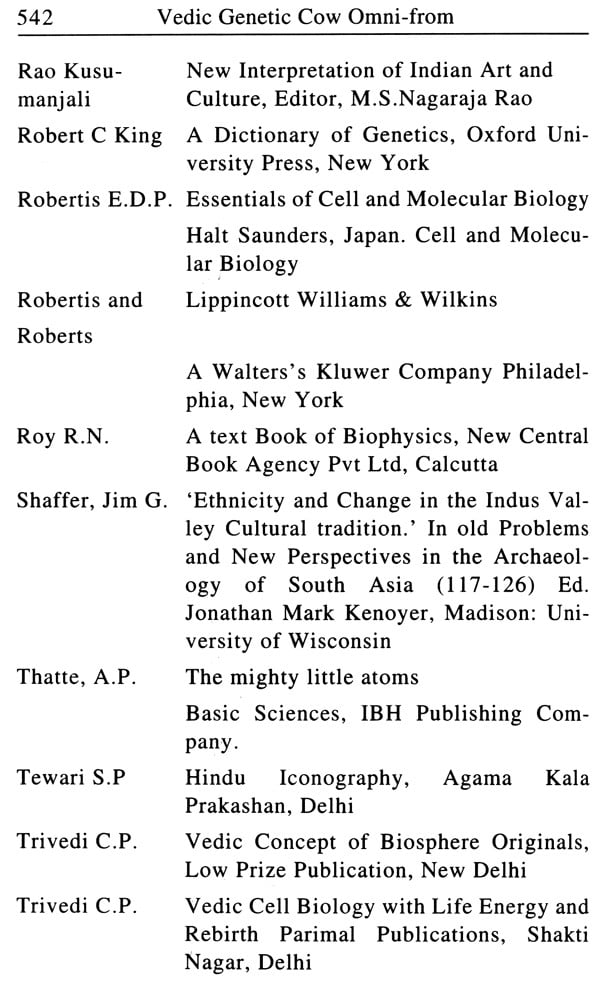 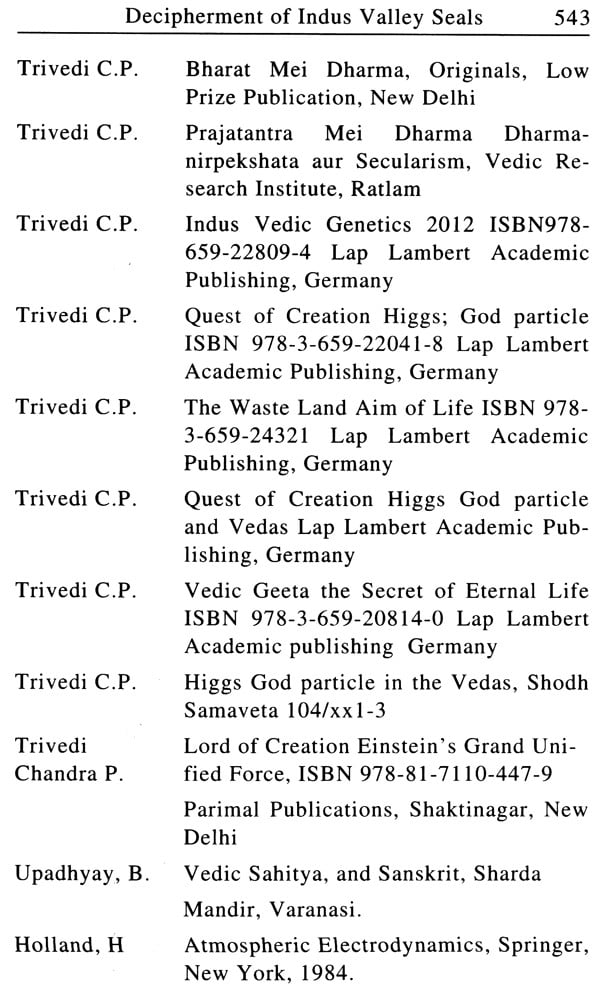 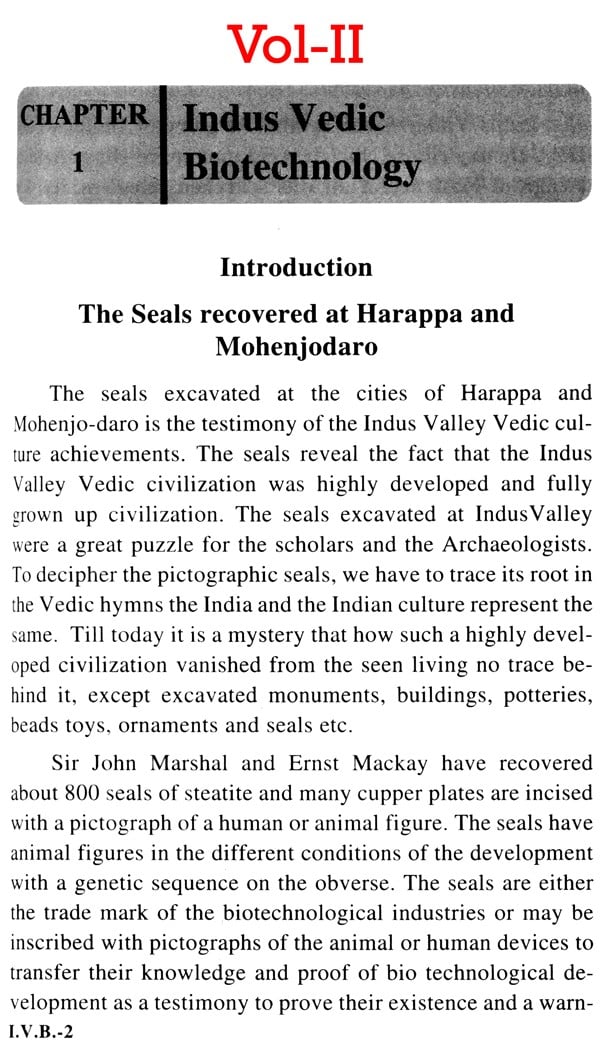 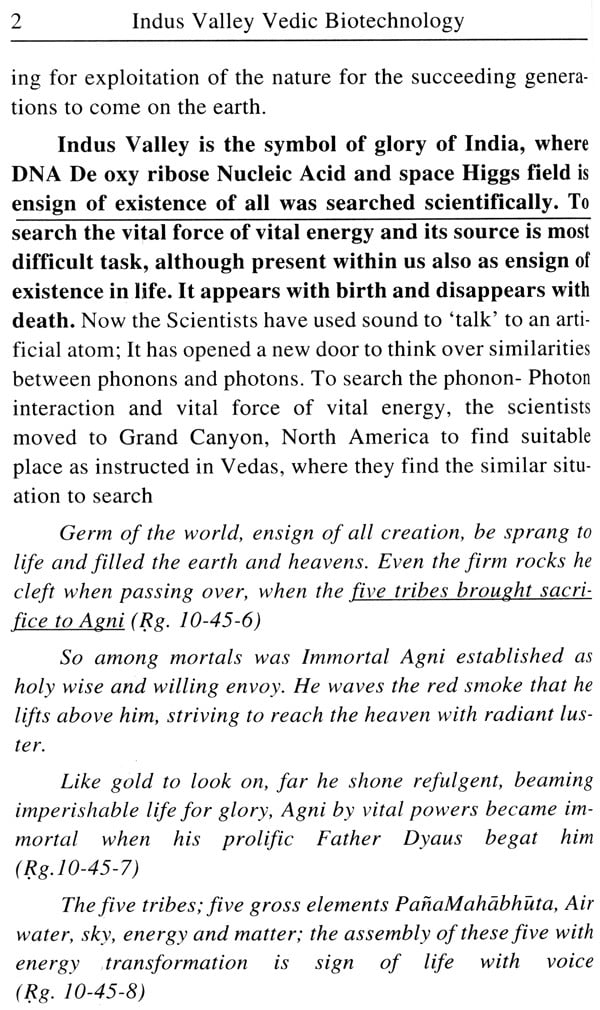 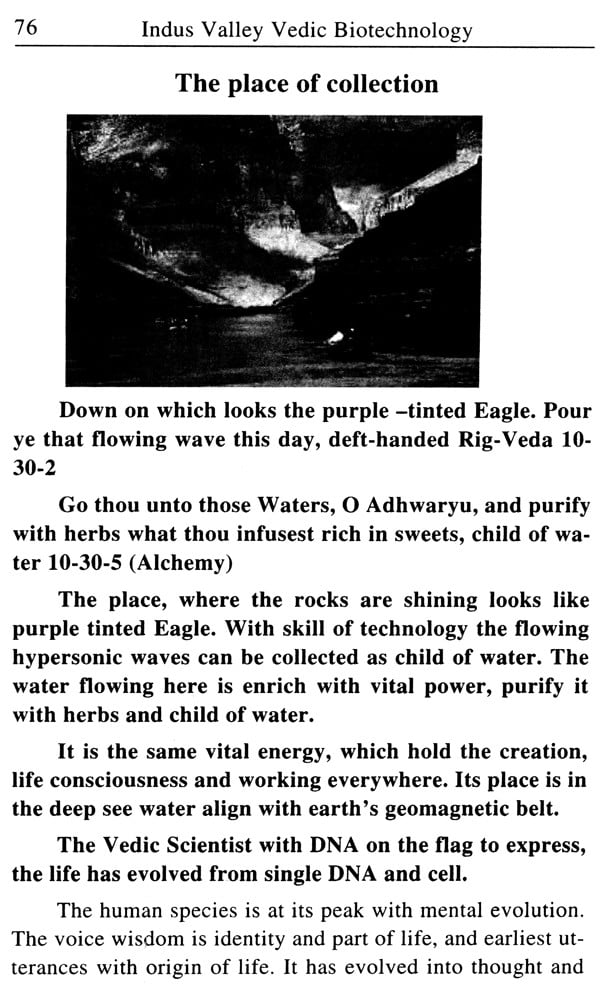 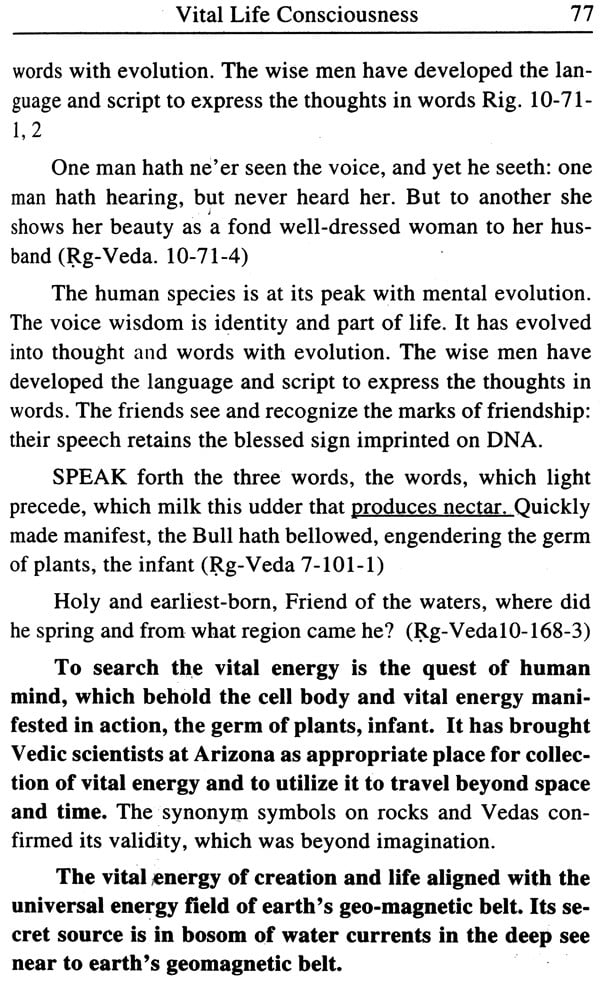 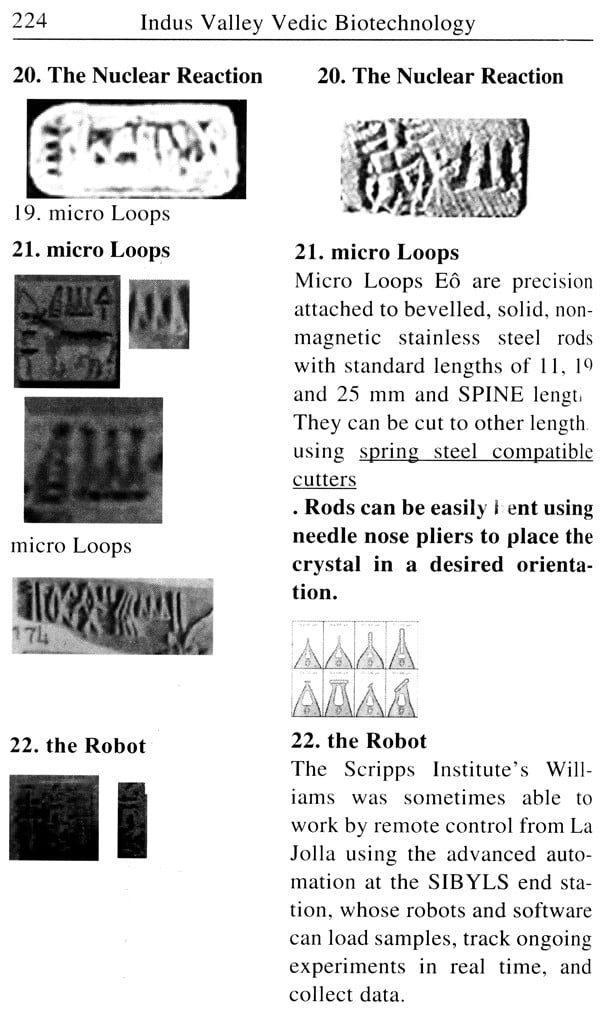 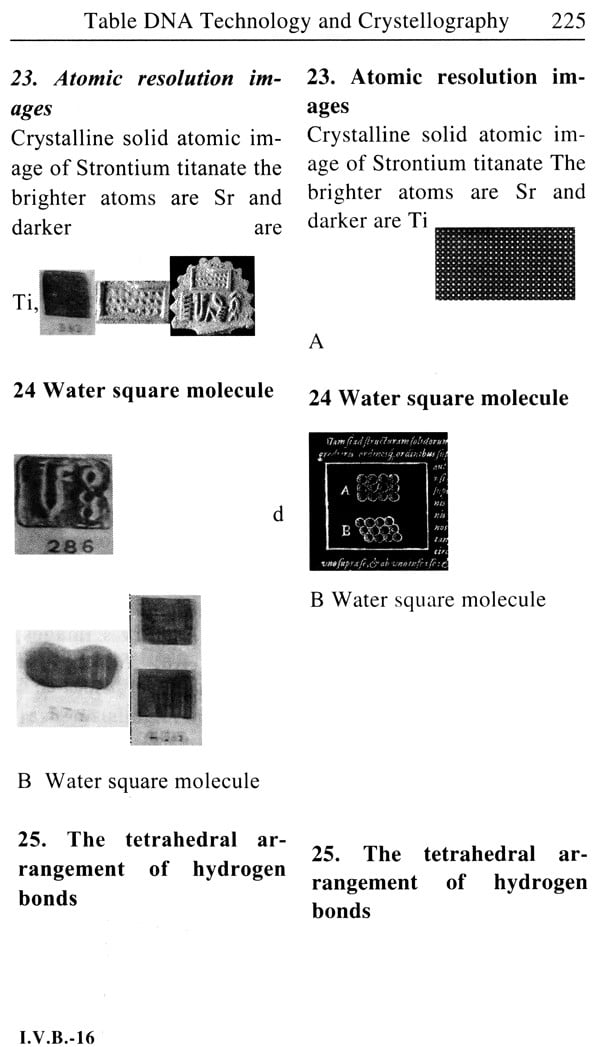