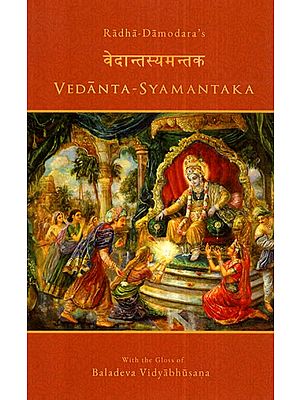 “One who distinguishes these five elements (as explained in the Vedānta-syamantaka), who is fortunate to practise the described spiritual process (sādhana), and whose heart is pure attains Lord Hari's abode and resplendently resides there eternally.”

The Brahma-sūtra composed by the sage Bādarāyana, better known as Vyāsadeva, forms the basis of the Vedānta system, which methodically presents the philosophical conclusion (anta) of the Vedas. Each of the four Vedas - Rg, Sāma, Yajur, and Atharva - consists of the Samhitā, Brāhmaņa, Āraṇyaka, and Upanişad portions. Thus, Vedānta is also known as Uttara-mīmāmsā, “examination of the subsequent,” since it is concerned with the Upanișads, the portion of the Vedas that deals with spiritual knowledge (jñāna-kāņda). This designation contrasts with the Pūrva-mīmāmsā, “examination of the antecedent,” a system propounded by Jaimini, which is concerned with the ritualistic portion (karma-kāņda) of the Vedas, as seen in the mantra portion of the Samhitās as well as in the Brāhmanas. This also implies that Vedānta surpasses whatever falls within the scope of Pūrvamīmāmsā, whose results are limited to earthly and heavenly delights.

Among the multiple philosophical systems that originated in ancient India, Vedānta has been enjoying the foremost position for more than a thousand years and has played a central role in curbing the influence of other systems that once thrived, some of which, consequently, no more exist as part of a living tradition at present. The total corpus of all Vedānta schools, including the treatises that have been lost, is so extensive that it would not be possible to exactly ascertain the numbers, which may easily amount to over a thousand texts, or even more. The philosophical production of other systems in India is nowhere close to such numbers, which continue increasing even now, both in Sanskrit and vernacular. Complete commentaries on all aphorisms of the Brahma-sūtra are relatively few, but there are many hundreds of Vedānta-prakaraņas, philosophical treatises that deal with particular topics on Vedānta. The Vedānta-syamantaka is one of such treatises. 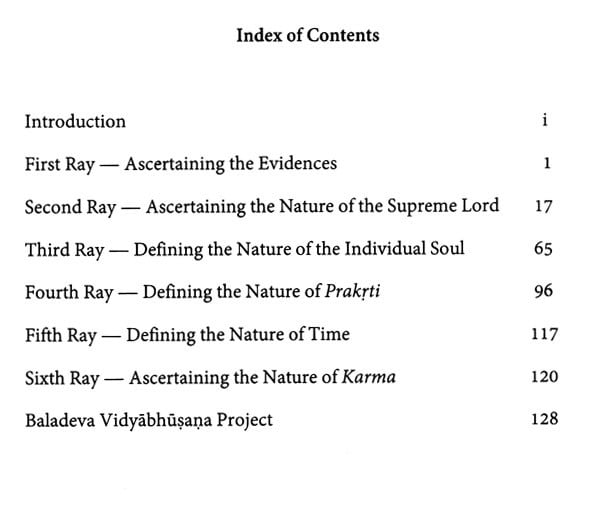 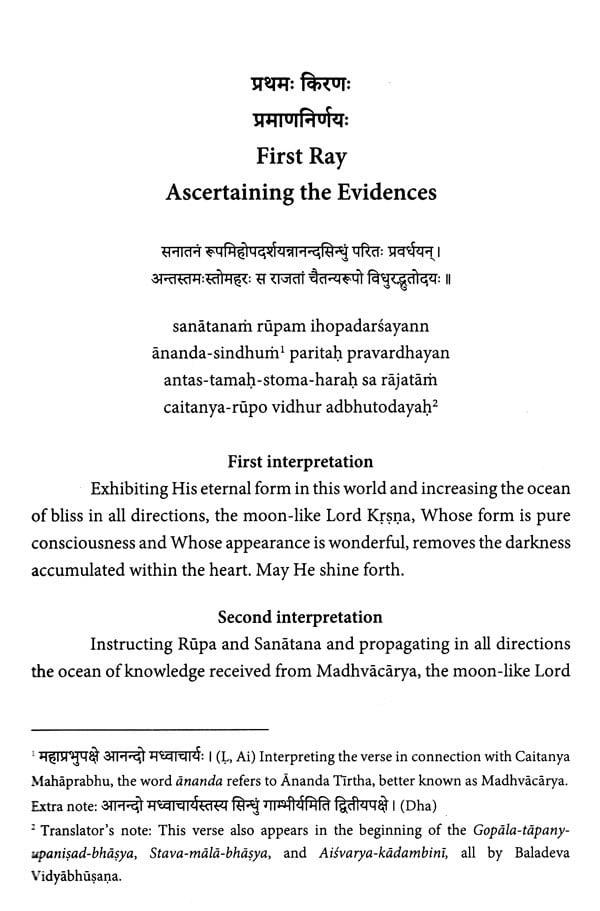 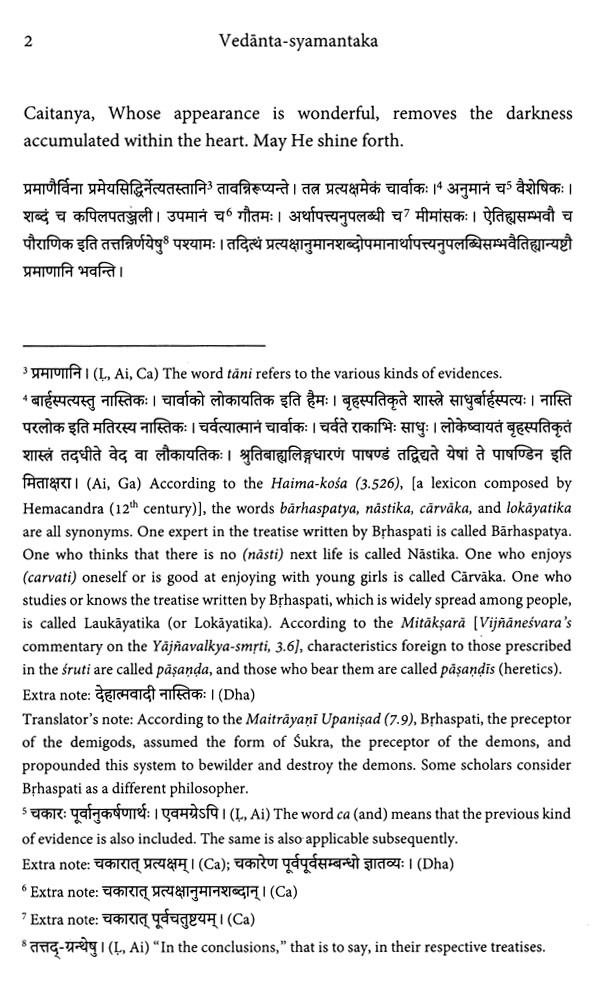 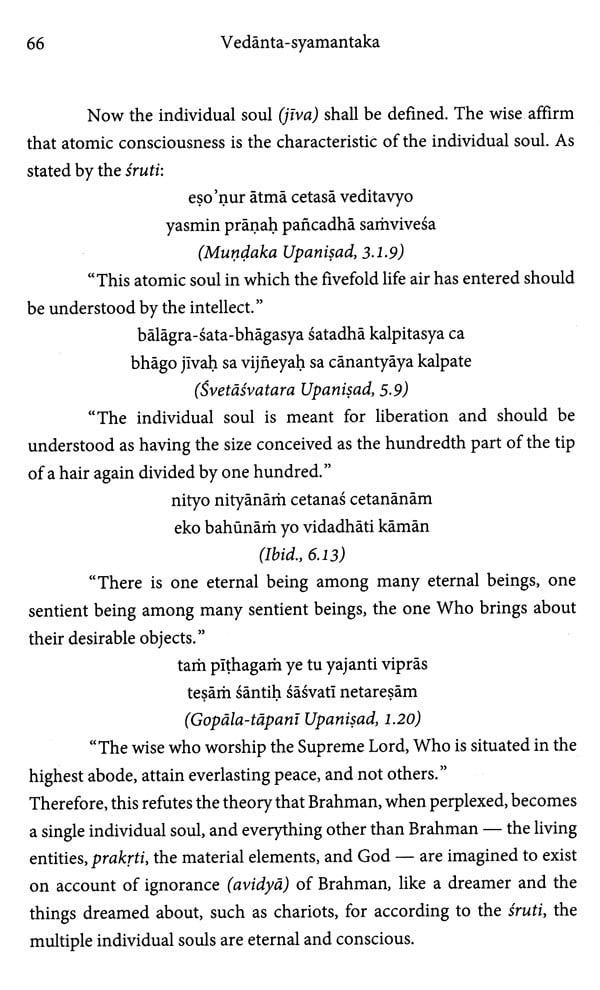 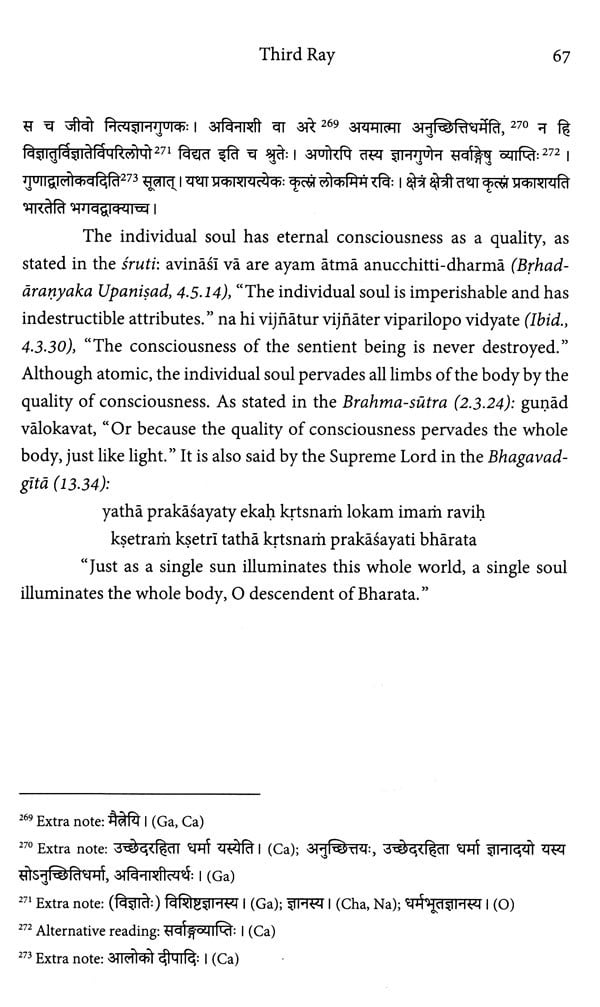 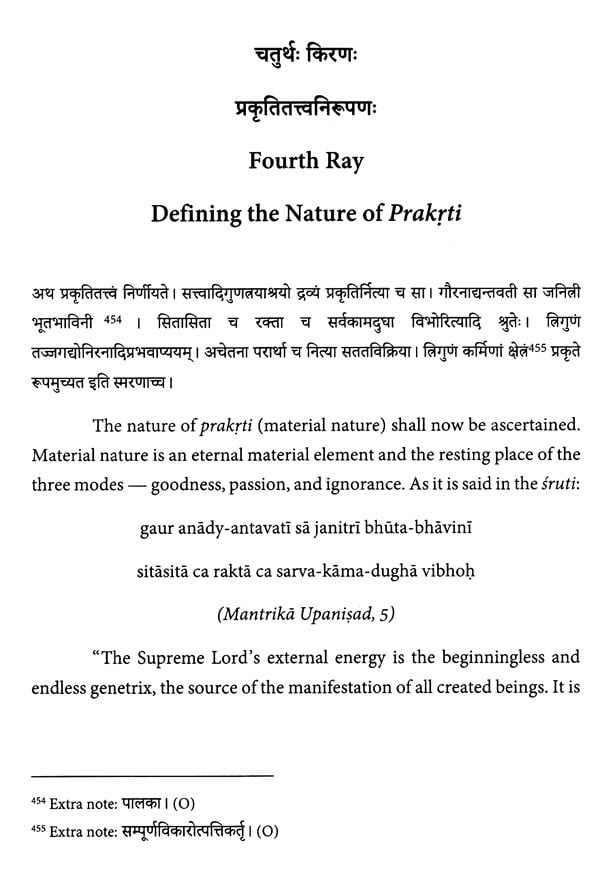 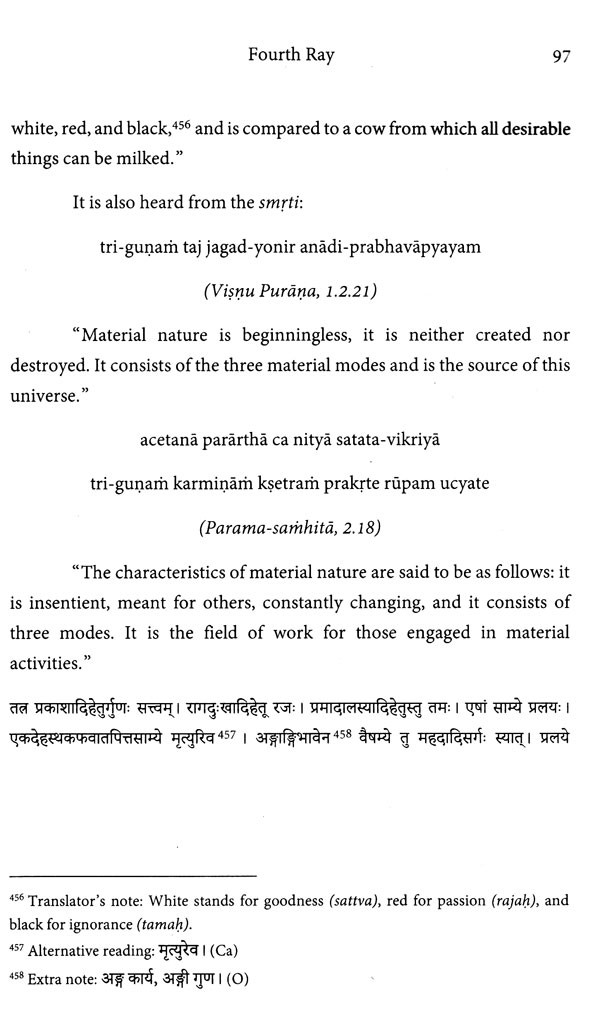