Vaishnava Harmonium (Based on the North Indian System of Music): Book 1 and 2 with Two CDs

This book is especially meant for the members of the International Society for Krishna Consciousness. Its purpose is to teach them how to sing and platy the harmonium according to what has come to be known as the North Indian or Hindustani system of music. In India there are two main systems of classical music, the Karnatic or South Indian system and the Hindustani or North Indian system. The three main places of pilgrimage for the Gaudiya Vaisnavas, Vrndavan, Mayapur and Jagannath Puri, are all located in areas where the North Indian system if followed. More importantly though, our acaryas used this system of music. We shall therefore learn Indian music according to this system.

The harmonium is not originally an Indian instrument. Indeed, it was invented in 1840 by one Alexandre Debain of Pairs. When the British were ruling India, they brought their musical instruments with them, one of which was the harmonium. While fading out of use in the Western countries, the harmonium has become increasingly popular all over India, primarily as an accompanying instrument for devotional singing. Although not originally a Vedic instrument, its acceptability was demonstrated by our spiritual master, Srila Prabhupada, who played it on many occasions while singing in pure devotion.

Sometimes devotees, especially from Western backgrounds, find it difficult to relate to and understand the music of His Divine Grace in particular and Indian music in general. To a large degree this is due to their past exposure to Western music and their lack of exposure to Indian music. While the two systems of music have many things in common, there are differences as well. Western music is based upon such concepts as harmony, modulation and counterpoint, which are not found in Vedic music. On the other hand, Indian music is based upon the concept of raga, the melodic basis of the classical tradition. When properly understood and appreciated the ragas create an emotional impact upon the listener, which is different from that effected by Western music. The rhythms used and the emphases in the rhythms are also different. These and other concepts will be introduced and explained in this book.

The idea in presenting this book is to use the mantras, prayers and devotional songs, and their melodies, which are for the most part, familiar to the members of ISKCON. In this way, the learning of the harmonium, singing and the art of music will be most relevant and useful. It is hoped that the Vaisnavas will be pleased with this humble effort of ours to present a method for learning our traditional system of music. Hare Krsna.

Krsna consciousness is integrally related with music. In the spiritual sky every word is music, therefore, the best means to attain the spiritual sky is through music-sankirtana. When the holy name of the Lord is sung with a melodious tune, even a brute is transformed into a saint. Music has the power to literally melt a rock or make a mountain fly.

Ramanujacharya Prabhu has studied Indian classical music with dedicated enthusiasm and is undoubtedly the right person to write this book. I am sure that the devotees who are interested in learning music will be thankful to him for this service, which he has rendered for the pleasure of Srila Prabhupada. 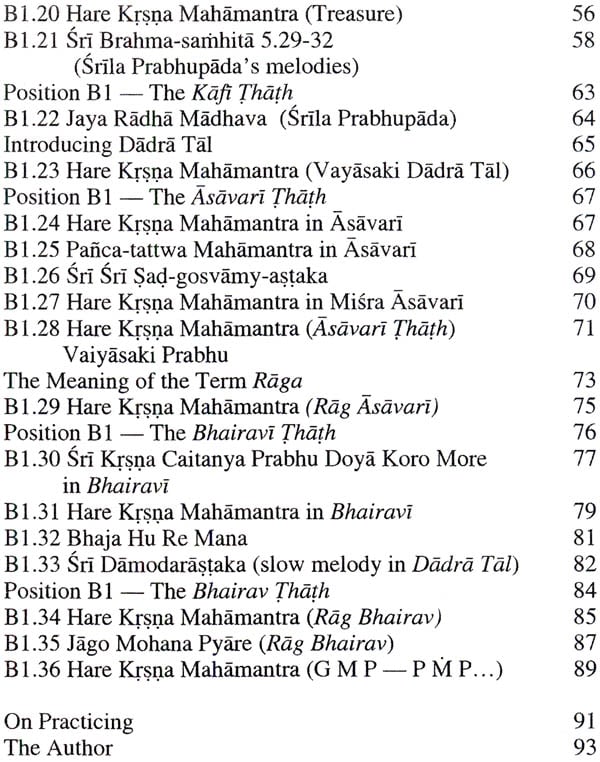 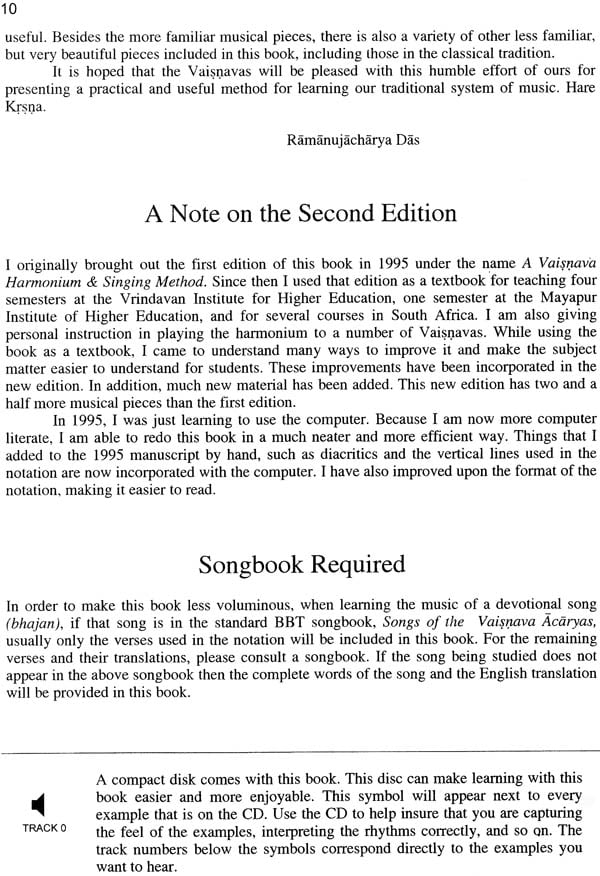 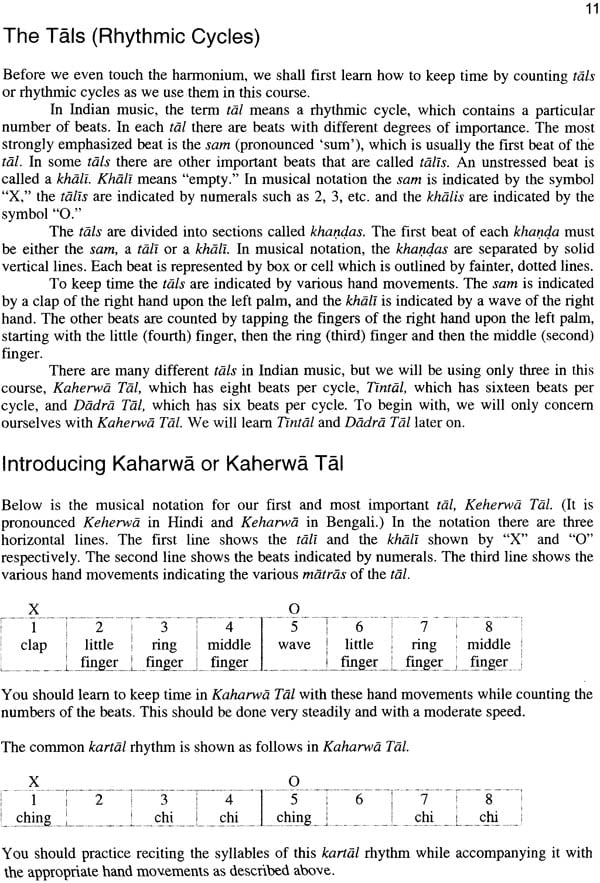 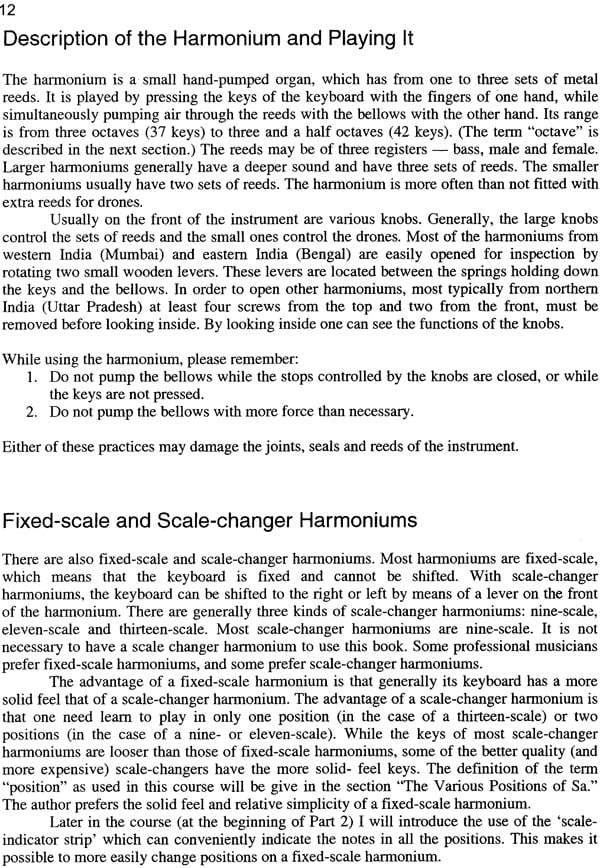 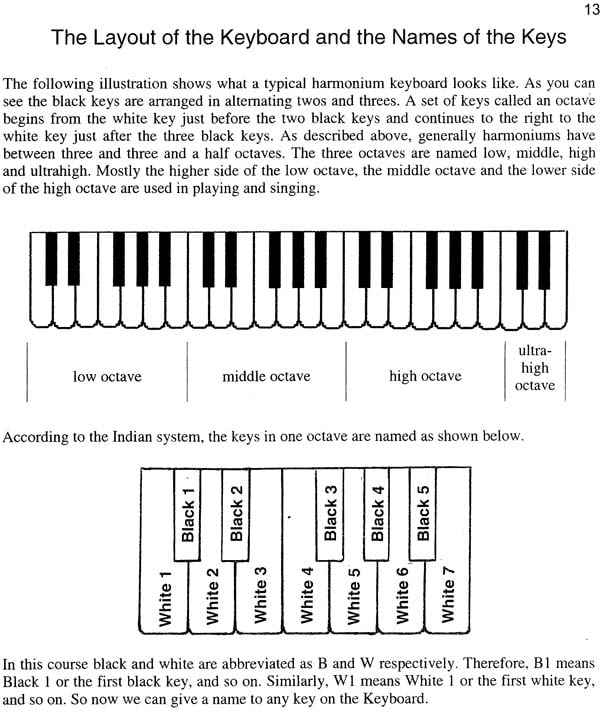 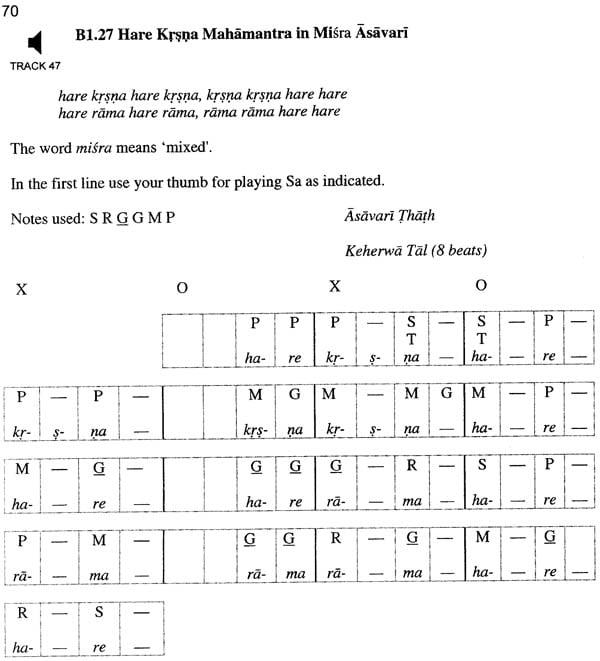 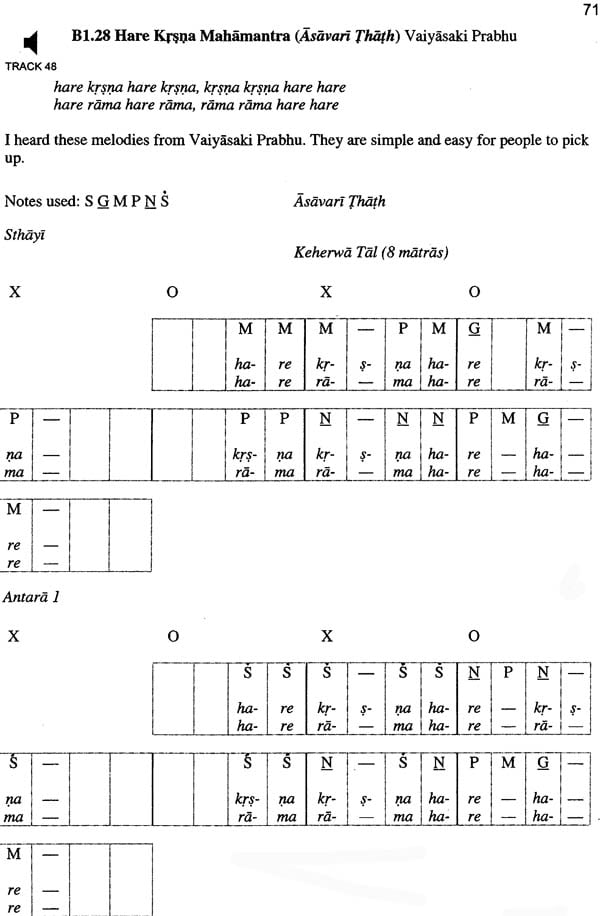 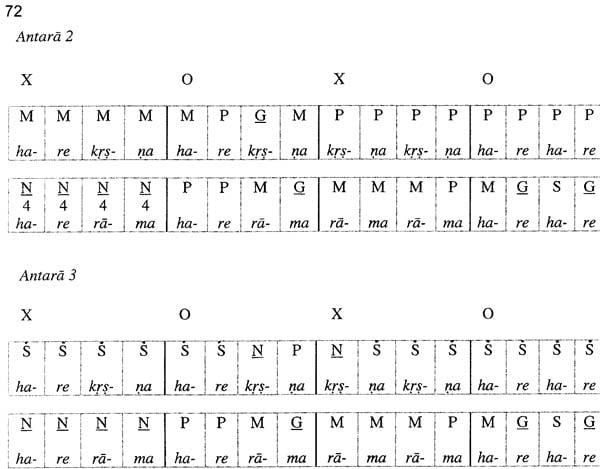 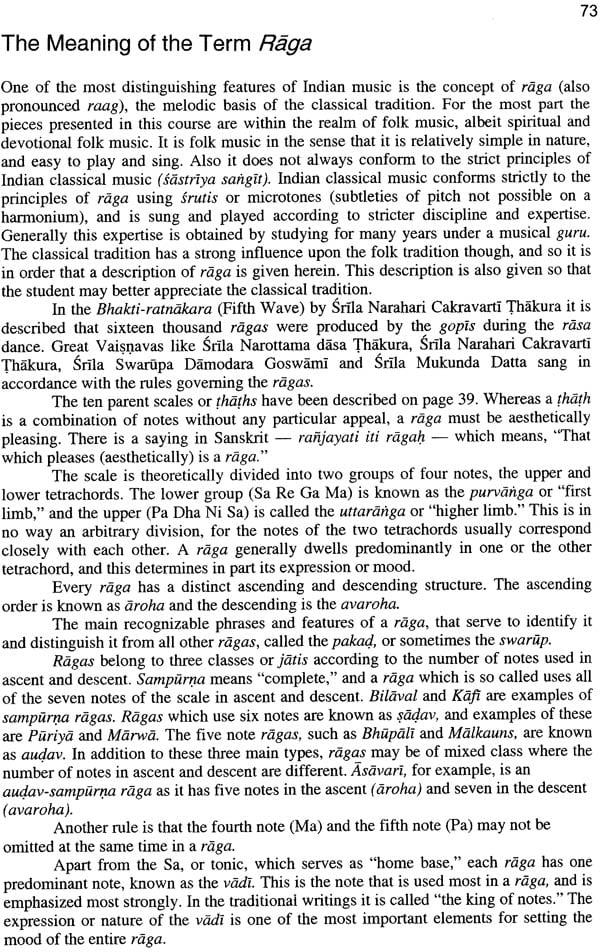 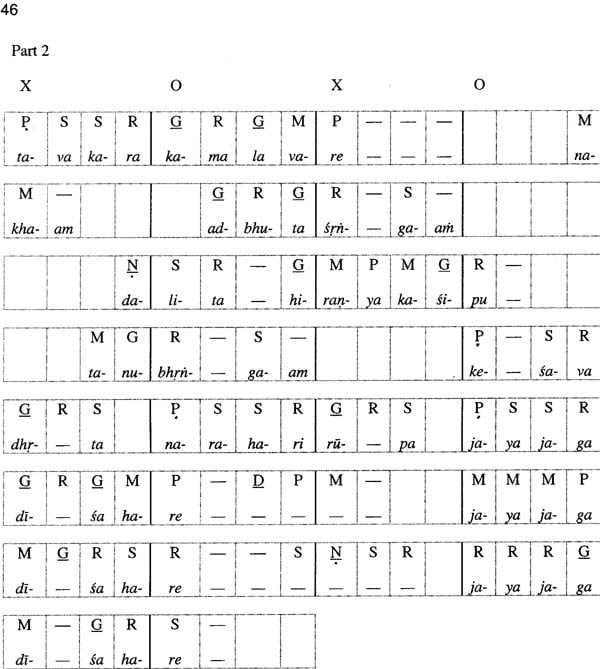 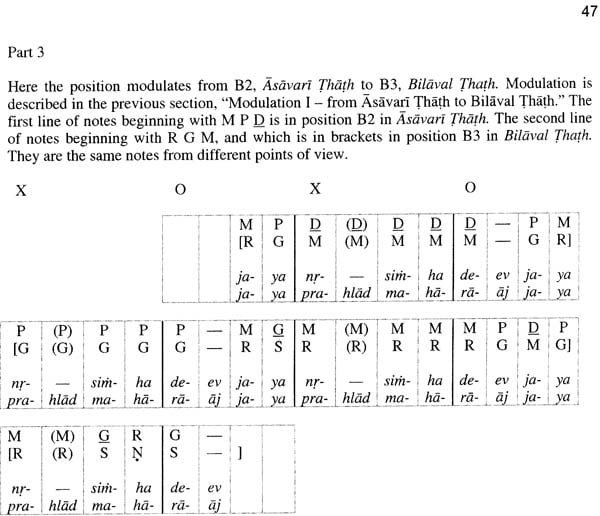 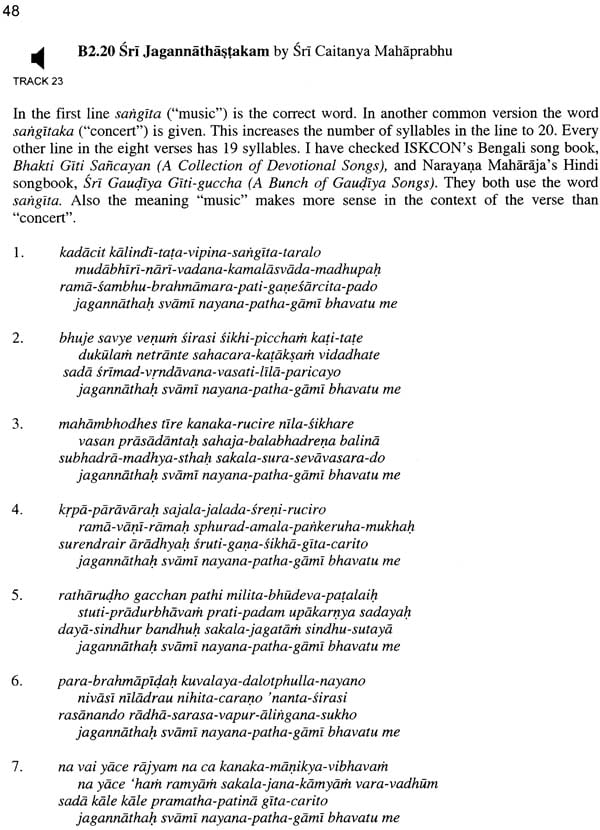 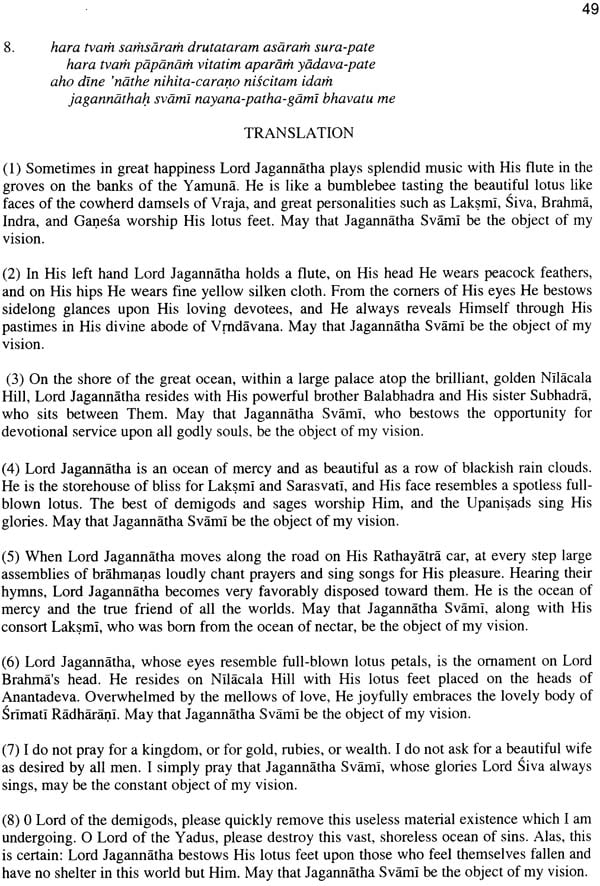