Understanding The Prophetic: The History and Philosophy of Prognostication in Ancient India

This companion volume to Dr. Satadal Kargupta's Mystical Buddhism From A Sibylline Perspective finds him shifting his focus away from the preternatural knowledge that found its way into Buddhist literature. Here, he concentrates on how the seeds of this knowledge germinated in ancient India in the first place, so that they had already blossomed into fully-realized traditions of prophecy, ritual, and thought by the time of the sixth century B.C. coming of the Buddha. This volume looks at the multifaceted and inclusive nature of all branches of Vedanga lore, most especially at the rich fusion of science, art, and spirit that underlay and vitalized the theory and praxis of prognostication.

Beginning with an overview of Vedic-period legends and astronomical explanations underlying the fundamentals of Indian Jyotisha, this work then addresses the parameters, evolution, and inter cultural influence of this knowledge throughout the early stages of Mediterranean and Asian history. It articulates the particular discoveries and refinements of the prominent sages and savants, whose individual and collective endeavors enabled them to codify the knowledge of Jyotisha Shastra into various schools of thought, many of which serve to substantiate and enrich the equally profound philosophical and religious systems of India.

The culture of prognostication in ancient India recognized and advanced methods of using incantations, amulets, metal and gem therapy, chromotherapy, herbal remedies, oblatory ceremonies, and a multitude of other palliatives, over two hundred of which have been described here.

Dr. Satadal Kargupta was born in Kolkata, India. Before he shifted his sights to academia, he was most noted for being the inter-school boxing champion and a leader of the local football (soccer) team. He passed his M.A. (India), Ph.D. (India), Ph.D. (Arizona), and D. Lit. (India). Pursuing his postgraduate studies at Calcutta University, he completed Chinese lessons under Dr. Prabodh Chandra Bagchi and Prof. Fa Chou and studied Tibetan under Mahamahopadhyaya Pandit Vidhusekhar Sastri. He also assisted Dr. B.M. Barua on the elder doctor's cultural mission to Sri Lanka.

He was admitted as a corporate member of American Oriental Society and is a fellow of the Royal Asiatic Society of Great Britain & Ireland, the International Biographical Centre (Cambridge), and the Theosophical Society. He has been honored as a Sahitya Bhushan (Sinthee Vaishnav Sammilani, Kolkata), Jyotisha-Martanda (Astrological Research Project, Kolkata), Jyotisha-Ratna (Bally Pandit Samaj, Howrah), Jyotisha-Samrat (Bangiya Pandit Sabha, Tarakeswar). Dr. Kargupta has been awarded the ISCLO prize for research in Vedic Jyotisha (U.P.) and a prize from the Critics' Circle of India for his astrodermatoglyphic studies (New Delhi). His biographical references are included in the International Book of Honor (USA), Who's Who in the Commonwealth (Cambridge, UK), Men of Achievements (IBA, England), Dictionary of International Biography, Palmistry International (Melbourne, Australia), and Jyotish Sandesh Astrological Directory (Chandigarh India).

Dr Satadal Kargupta's impressive and voluminous work relating to the history and philosophy of prognostication in ancient India will certainly be a source book for the scholars interested in this subject. Dr Kargupta has undertaken tremendous labour in highlighting the traditions of prognostication contained in our ancient literature and practically followed by our early people. Information has been collected by our author from Vedas, Brahmanas, Puranas, Tantras and other texts and scientific methods have been applied to determine the process of prognostication. Astrology has evidently been dealt with in course of discussion and our author has accepted Astrology as premier science. Dr Kargupta has presented his views in a convincing manner and so those, who turn down ancient Indian Jyotisa's contributions, will have to think twice over their superficial knowledge about the subject. The Asiatic Society feels great pleasure in presenting Dr Kargupta's work of unique nature to the scholarly world.

It is with great pleasure that I write this foreword to the present volume of Dr. Satadal Kargupta's impressive, monumental work concerning the history and philosophy of prognostication in ancient India. It is an important work because it makes clear not only the relationship of prognostication to India's mystical religious traditions, but it also explains the scientific foundations of prognostication. Within this imposing tome, the reader will find an exhaustive compilation of the ancient references on the use of and methods for divining the future; the author has assembled a work filled with infinite minutiae on the many ancient ways of determining the future. This excellent study is the product of a life-long labor of love.

By way of a brief introduction, it should be made clear that India is a world steeped in metaphysical lore and wisdom that is not directly accessible through scientific investigations. A paramount quest from early in the history of the subcontinent was to have knowledge of things to come and to find ways to exert control over the future. Ancient seers, ever conscious of the unmanifested, developed specific ways of training and focusing attention to attain the most profound and subtle meditative states. The primary goal, of course, was spiritual transcendence (nirvana, koksa): a corollary of deepened meditative states, however, was an increased ability to observe the most subtle relationships and interactions of elements in the universe as well as increased psychic intuitions (siddhis). While some teachers of India's meditative traditions insisted paranormal powers were not of great significance, but mere steps on a more important path, others utilized their intuitive faculties to develop methods of prognostication through occult methods.

. In this very rich history, the author concentrates on those aspects of the spiritual traditions that deal with the occult or information that is beyond the range of normal human understanding. The earliest references to the science of prognostication are astronomical! astrological descriptions in the Vedas concerned with the accurate determining of the most auspicious times for rituals in hope that the well-being of the community would be secured. Dr. Kargupta charts a meticulously documented course for following the evolution of the sciences of prognostication by citing references in the Vedas, Upanisads. Brahmanas, Puranas, Tantras and various ancient scientific texts. We learn that mystics and seers developed their capabilities for prognostication over the centuries by refining the supramental processes of meditation that allowed them to scrutinize, dissect and classify them acrocosmic and subatomic universes. Their knowledge came not through the senses but through minute observations of patterns and sequences perceived through intuitive awareness. Concomitant with the development of the science itself were constant discussions on the very nature of the universe particularlyas manifested in time and space, Eventually, the body of information was so enormous that mastery of the field required prognosticators be philosophers and scientists as well as spiritualists. Indeed. the practitioner had to be skilled in math. sciences. healing arts. literature and religion; in other words. mastery of prognostication. to quote Dr. Kargupta, required an "ability to synthesize all fields of knowledge."

Perhaps it is not possible to determine when prognostication in India came to be regarded as an exacting and precise science. but certainly by the early medieval period. divining the future was considered a field of science with many subdivisions. As methods of prognostication became more refined and application of the information gleaned from observation and intuition became more precise. specialization was inevitable. Astrology. of course. was the premier science. Millennia of observing the movements of heavenly bodies allowed practitioners to postulate a unity that occurred in cyclical. repeatable and predictable patterns. Astrology dealt not only with the stellar and planetary shifts. but developed also specific subcategorizes concerned with divination through lunar/solar eclipses. the phenomena of meteors and even the dimness or clarity of stars.

There were other specialized branches of the science for determining the future that dealt with interpreting natural phenomena (e.g. thunder) and foretelling and preparing for natural events such as flood. drought. famine. etc. Still other aspects of the science sought to advise rulers on statecraft. to control enemies and to ascertain the outcome of battles through observation of natural phenomena as well as through intuitive responses to immediate and localized signs such as markings on weapons. While much of the lore concerned the well-being of the state or community. prognosticators also advised individuals for personal gain. Auspicious times for weddings. how to bring about harmony within the family. determining the proper talismans for good fortune. well-being and health as well as counsel on propitious sites for building were also concerns of prognosticators.

Both erudition and acute intuition were required of practitioners in such fields as interpretation of bird and animal behavior. reading markings on human and animal bodies. explanation of the physiognomy or gestures of humans. interpretation of dreams. crystal or mirror gazing or foretelling the future by throwing dice. Some practitioners were distinguished in the paranormal realms of clairvoyance. Clairsentience. clairaudience and the placation and exorcising of ghosts.

Incumbent upon practitioners was concurrent attendance to methods that could alter the future. either by fostering well-being or mitigating the injurious. From the time of the Vedas and thereafter. special rituals (homa) were conducted to influence the future and all manner of formulae and techniques were conceived to counteract ill wishes and evil influences. to ward off injury from weapons. poisons. scorpion stings. etc. Authoritative methods were developed for healing illness through a combination of incantations. prayers. herbs. sounds and colors. There was even a special sub-category of healing and influence the future concerning the use of gems and metals to bring body and psyche into a state of harmony.

To some westerners. the information in this book may be viewed as a compendium of folklore rather Scientific lore. It is to be remembered that the Age of Reason in the West brought with it an insistence on empirical objectivity that caused not only a separation but an extreme distancing between mind and matter, religion and science, physical and metaphysical. For centuries, the western scientific paradigm has been preoccupied with the physical and only what was probable through direct sensory experience. Anything that did not fit into the physical or rational order was viewed as spurious, nonsensical, superstitious, irrational or quite simply ignorant. Among the so-called rationally-oriented, if a prediction came to pass, it was dismissed as a fluke, mere coincidence, and something that could be quantified only as a predictable number on the scale of statistical probability; those who believed otherwise were relegated to the lunatic fringe. Indian seers, however, refused to be bound by anatomy and physiology; by tuning out normal sensory stimulus, they entered altered states of consciousness that produced valid alternate perceptions of reality. They discovered a second kind of data not dependent on the senses and that existed in a mutable time/space continuum. In other words, they tapped an aspect of the psyche that seemingly was omnipresent and unbounded by time or space.

In the Twentieth Century new theories concerning relativity and quantum physics in the West have pointed the way for a new appreciation of that which is not quantifiable. Modern theoreticians have introduced revolutionary concepts of time; time is no longer fixed, absolute and universal-past present and future are regarded as simultaneously real. Contemporary theories are beginning to rectify ancient Indian mystical notions of the mutability of time recognizing that events may be perceived simultaneously. In addition, the importance of mind, thought and attitude are viewed as being more potent that previously admitted and are considered as a cogent increment in the modern Scientific paradigm. Recent dispassionate inquiries into the nature of the universe are coming ever closer to mystical explorations and there can be little doubt that modern science is undergoing a paradigmatic shift that is beginning to view Indian mysticism not so much as another reality but as super defined reality. 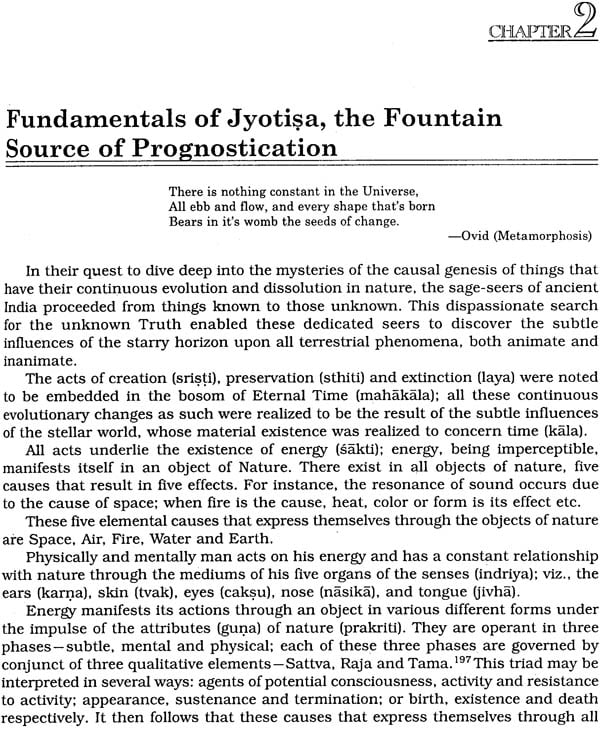 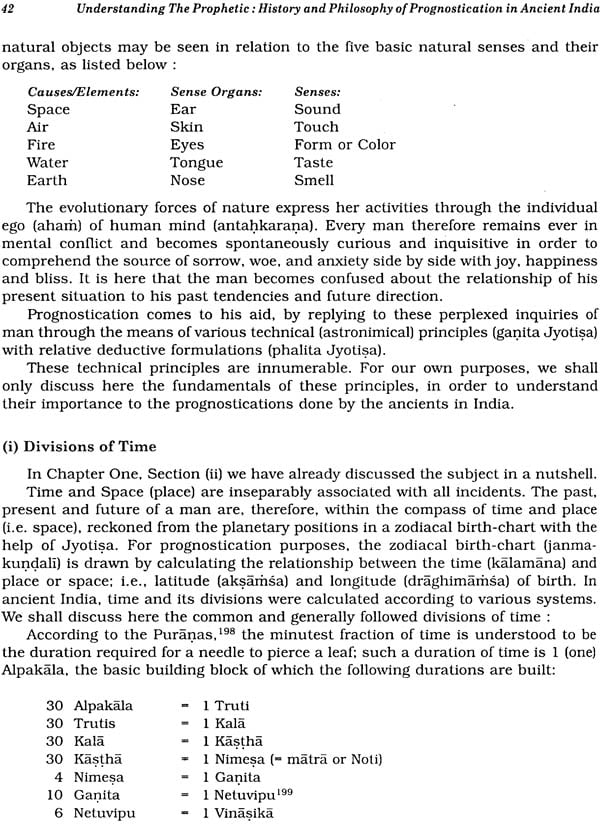 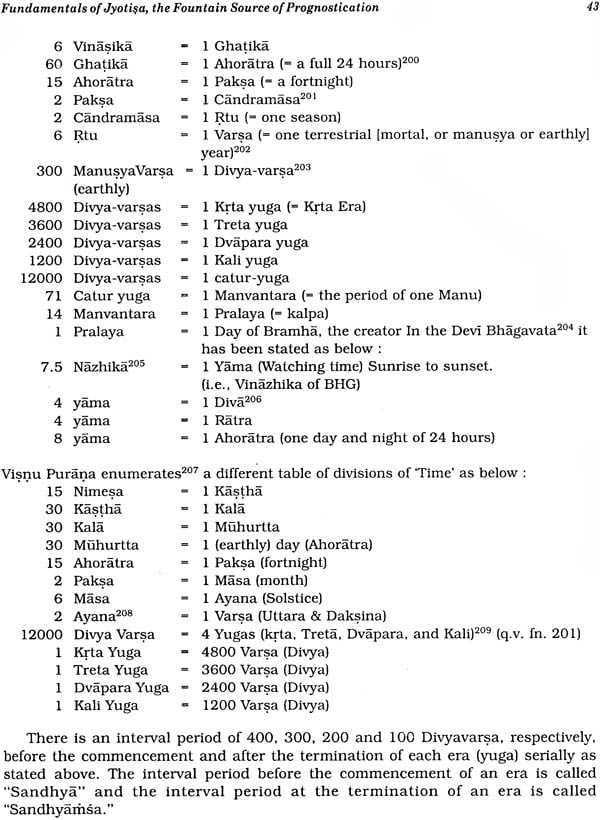 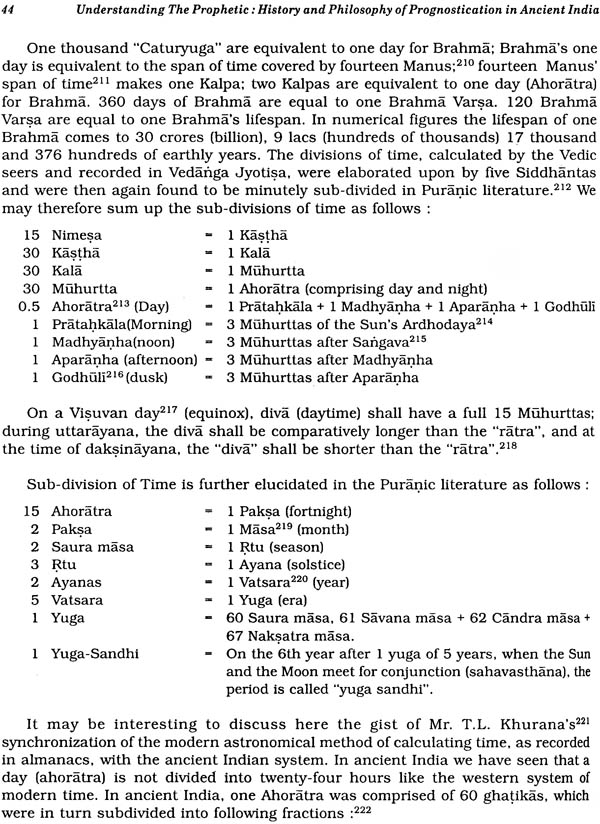 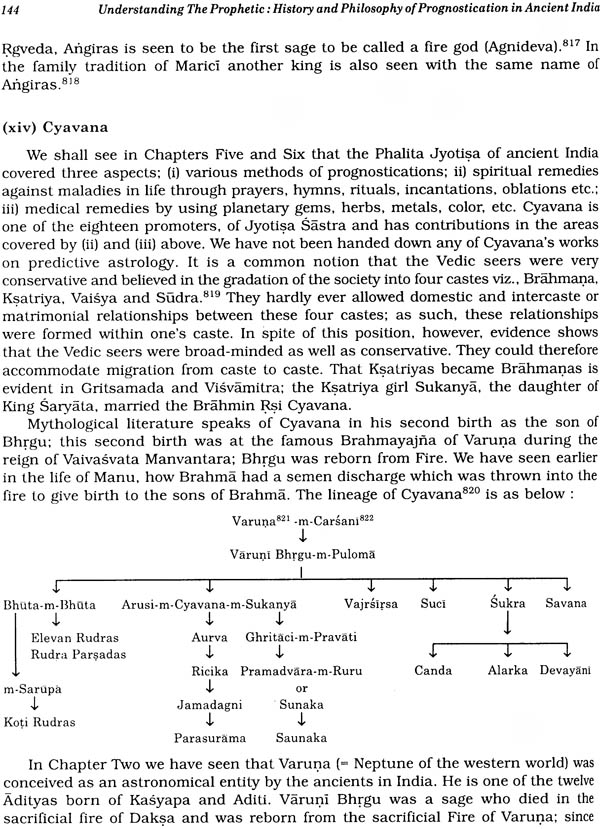 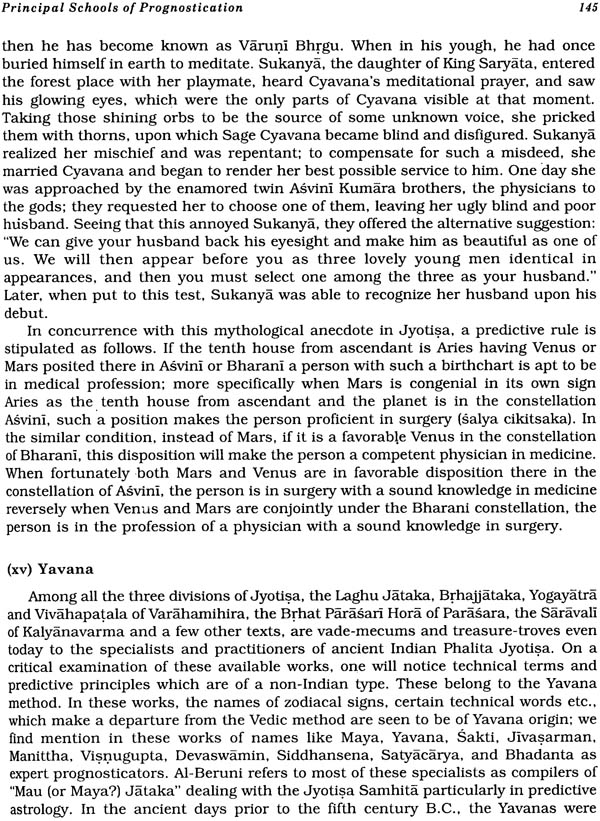 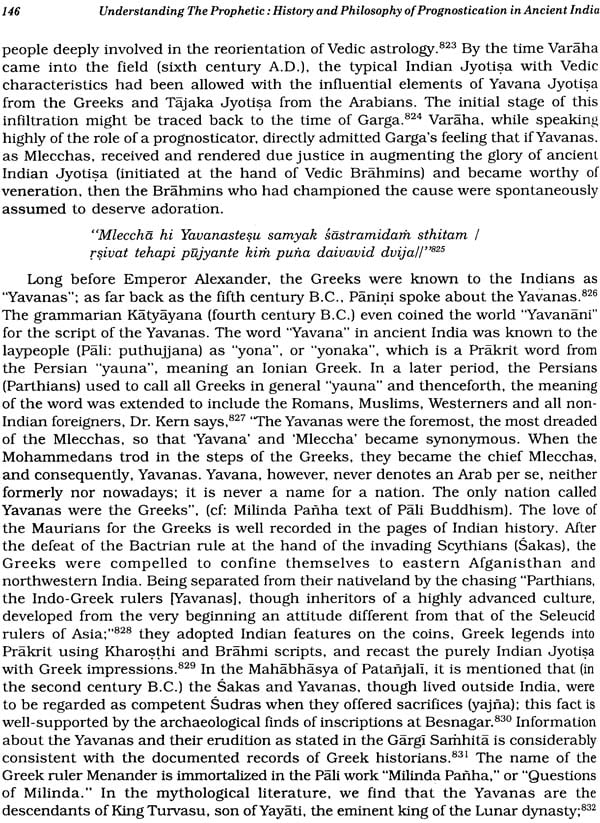 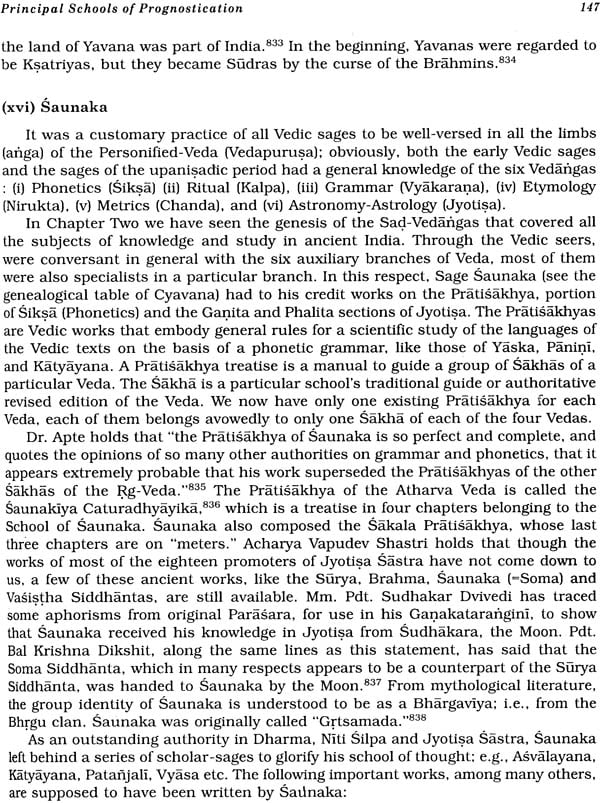 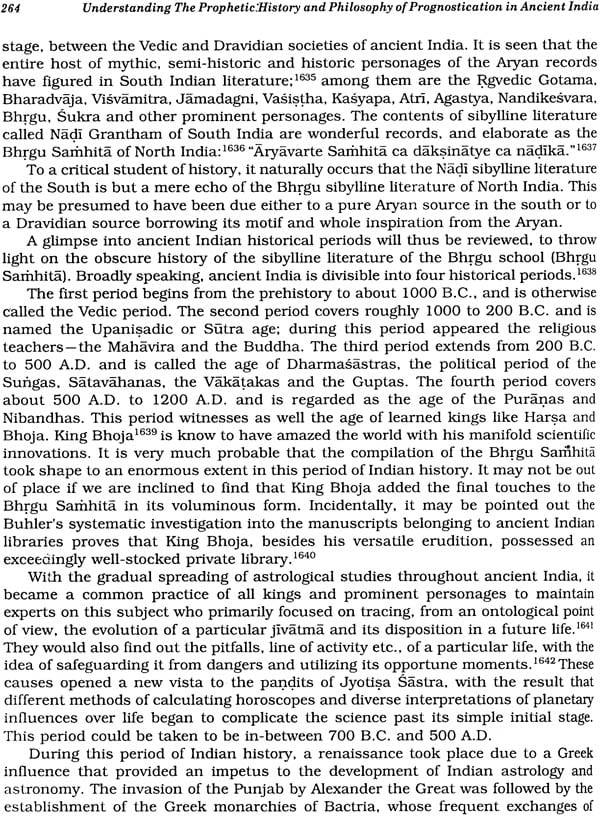 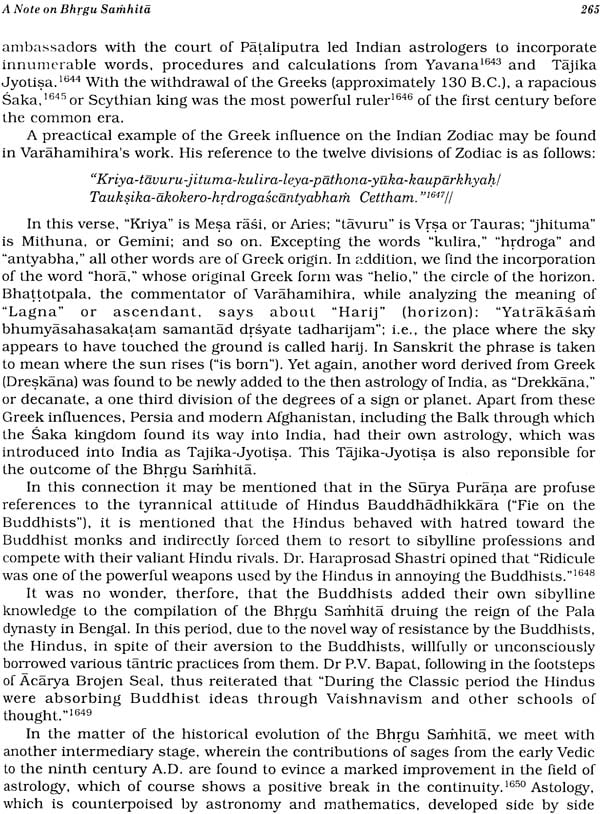 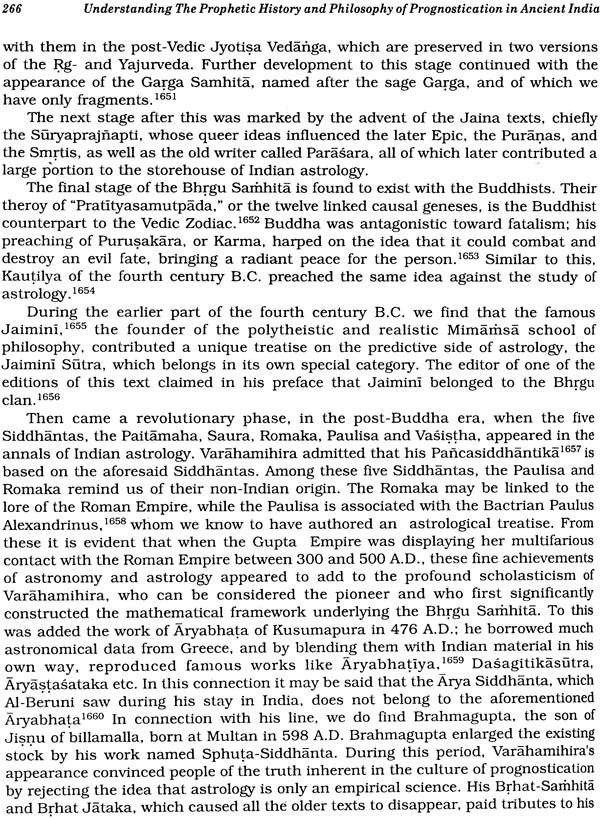 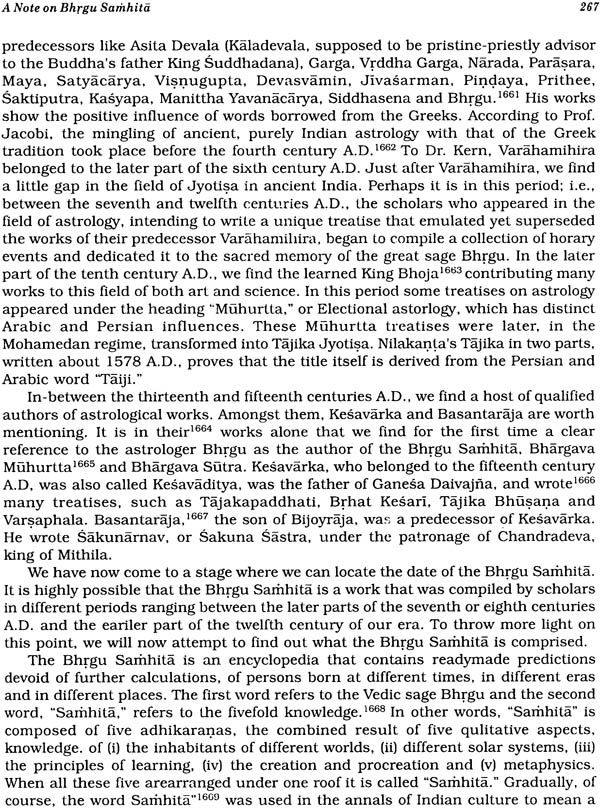 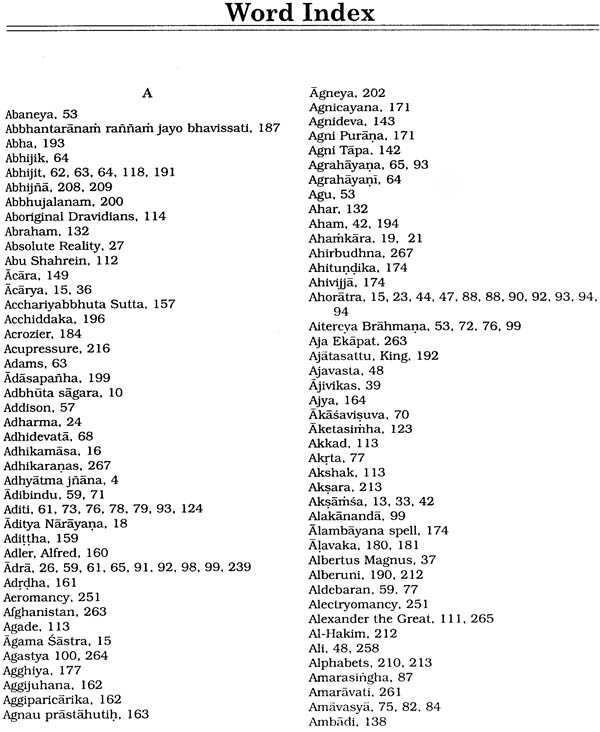 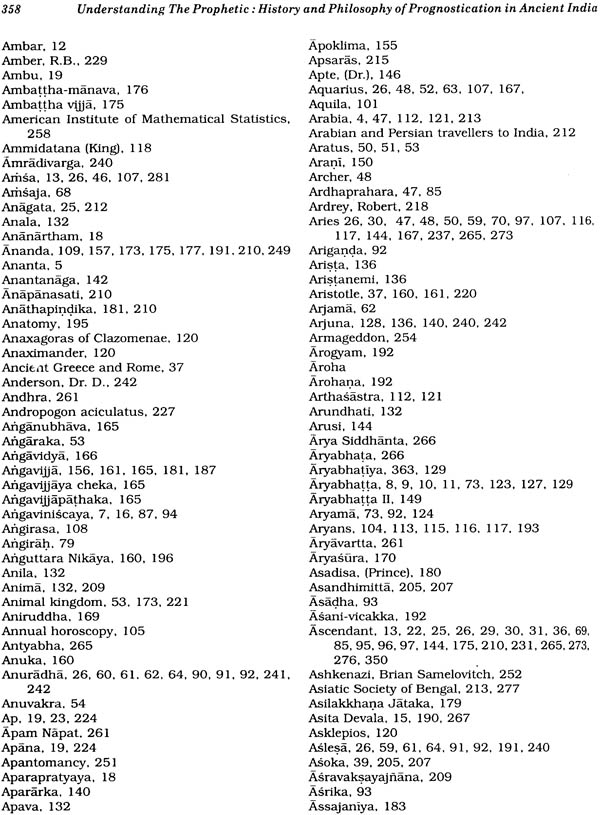 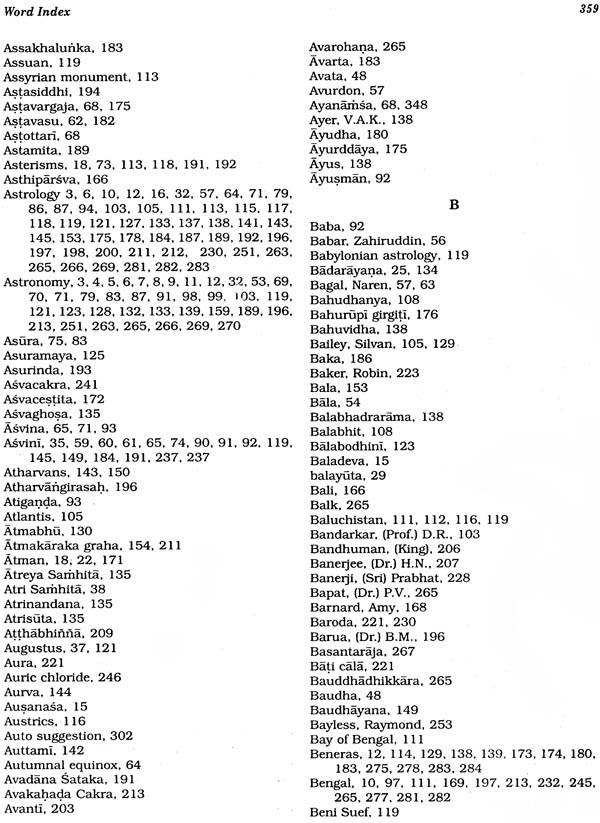 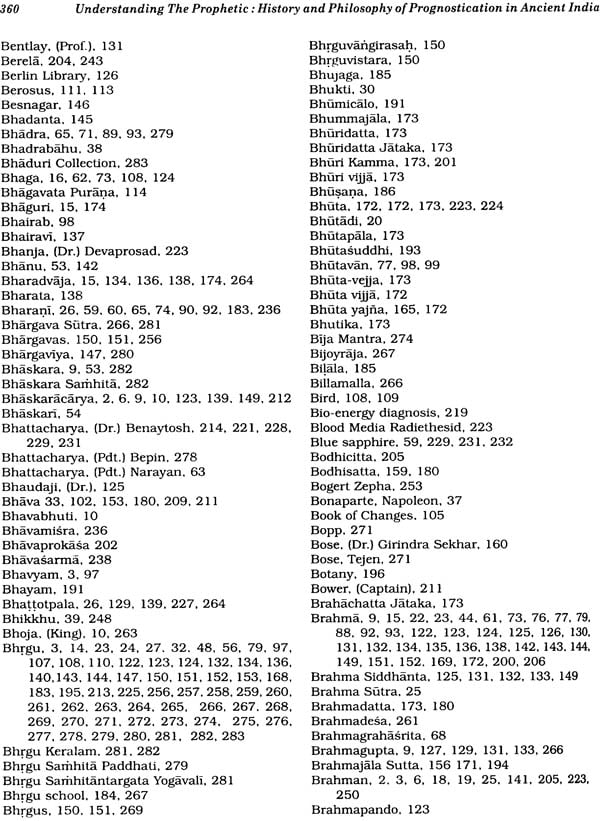 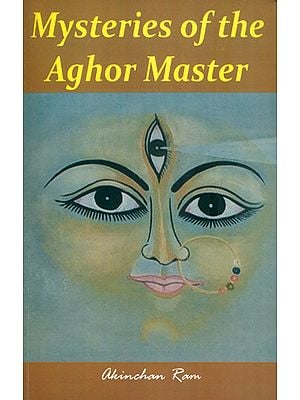