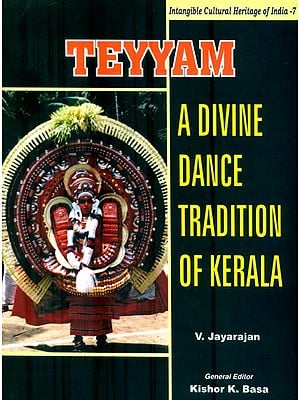 This book contains an account of teyyam, a divine dance of north Kerala in which the performer after undergoing several rituals becomes a deity. It is an investigation into the historical, mythological, anthropological, sociological as well as the artistic aspects of teyyam. This book brings into focus the totality of this cult, highlighting the time and space of teyyam, the performing communities, various cults with its mythological backgrounds, the traditional art including paintings, costumes, music along with the performance structure. It will be useful for those interested in anthropology, folk culture, performing art and intangible cultural heritage.

Dr. V. Jayarajan (b.1957 -) grew up in Trikaripur (Kerala). After completing his bachelor degrees in Economics and Law from Kerala, he has done his post graduation in Sociology and Folklore and Ph.D. in Social Anthropology from Mysore University (Karnataka). He has several years of experience in advocacy, field research, teaching, choreography and designing the stage shows. He has presented a good number of papers in national as well as international seminars. He is the Founder and Chairman of Folkland, International Centre for Folklore and Culture at Trikaripur. He has travelled several countries and delivered lectures on Indian art and culture. He has also produced three documentary films in folk arts of Kerala.

With great pleasure we are bringing out Teyyam: a divine dance tradition of Kerala written by Dr. V. Jayarajan as no. 7 of our series on Intangible Cultural Heritage of India. Teyyam is a divine dance tradition of North Kerala with a rich repertoire of mythological characters, colourful costumes and a number of musical instruments, which make the Teyyam performance a spectacular one. The present volume by Dr. Jayarajan is basically meant to serve as an introduction to this rich tradition for the purpose of general readers. The work has a strong empirical basis since the author has documented different dimensions of the tradition.

Since our museum has been playing an important role in documenting different aspects of Intangible Cultural Heritage of India, the present volume would, it is hoped, add immensely for the purpose. While we congratulate Dr. Jayarajan for the work and convey our sincere thanks to our co-publisher Pratibha Prakashan, New Delhi, it is felt that the readers would find it interesting.

I was born and brought up in an area where teyyam is performed almost all days during the season, which starts from the end of October and ends in the middle of June. The unending tottam songs, jingling sound of anklets, rhythmic beatings of Cenda and cymbals, the awe inspiring atmosphere around the shrines and the soothing words from the divine mouth of teyyam in order to reduce ones difficulties inspired me to study deep into the vibrant and unique ritual performance since my childhood. I had had several opportunities to observe teyyam from a very close angle. The association which I had with great artistes like Kotakkat Kannan Peruvannan, Kannan Manakkadan, Kannan Karnamurti and scholars like A.K. Krishnan master, G. Bhargavan Pillai, Kavalam Narayana Panikkar, also helped me a lot to pursue the unending study on teyyam cult. It is after taking bachelor degree in law, I had joined in University of Mysore, to study masters degree in sociology. This gave me an insight into view teyyam in a sociological perspective. But Masters degree in folklore opened new vistas in my academic career and forced me to conduct research under the guidance of Prof. H.K. Bhat in Social Anthropology, on Kazhakams, an institution of tiyya community who patronize teyyam performance and host perumkaliyattam, mega teyyam festival after an interval of 25 years. I was fortunate to be a part of the mega teyyam festival held at Ramavilyam Kazhakam in 1999, which has given me new interpretations on perumkaliyattam. I also had several opportunities to present papers on different aspects of teyyam in the National and International seminars. But when it comes into a form of book it became a great task, as the situation is very complex. The problem starts right from the word teyyam. There is no unanimity of opinion among the scolars who has already written on teyyam. Scholars like K.K.N. Kurup used the spelling of teyyam as ‘teyyam' while others like J.J. Pallath and Pepita seth used the word ‘Teyyam' .But most of the English writers used the word teyyam as I did. Using appropriate terminology for north kerala Malayalam words was another hurdle, as most of the words do not have English substitutes. Another problem which I had to encounter was that, when we say that teyyam is a divine dance performed in the shrines or houses and not in the temples. But there are few temples where daily bhramin pujas are conducted and also teyyam is performed. As a general rule teyyams aredivided by the performing communities with each group has separate deities. But this may also change when it comes to certain area like payyanur where even the main deities of Malayan community such as vishnumuti teyyam and camundi teyyam are performed by vannan community. This exceptional situation is applicable to time and space also. Needless to say the cases of face paintings and costumes. We can understand the geographical variations, but the conspicuous differences with in a village is also noticed. Likewise there are differences in the rituals which will also take us into a coplexsituation. To avoid this dialamma, separate studies of each shrine can be undertaken. The study of K.K.N. Kurup on Ramavilyam klakam is a classical example in this context.

The existing literature of teyyam are divided into several divisions, the British Administrators and Missionaries viewed this cult merely as a devil dance. Sangam literatuture gives much insights into the culture found during that period. Folkloristes and Philogists like C.M.S. Chandera, Vishnu Namboothiri, and R.C. Karipath had collected myths and tottam pattus related to teyyattam and published .K.K.N. Kurup and Raghavan Payyanadan has viewed teyyam in a theoretical perspeticve mainly historical and folkloric, while J.J. pallath has studied in an anthropological perspective. Further the works of Wayne Ashley, Dilip Menon, and Philip Zarilli are worth mentioning. A detailed bibliography on teyyam is annexed in this book.

In the course of explicating my views on teyyam, I have had to delve into the limited texts and unlimited oral literature. I have also gone to the works of well-known writers of Culture, Tradition and Anthropology for my facts and interpretations, and it gives me pleasure to acknowledge the stimulus I have received from reading them. I have also benefited from reading the books of teyyam by Dr Vishnunamboodiri, Dr Raghavan Payyanadu, Prof K.K.N.Kurup, Dr. J.J.Pallath. I thank them all, and many others, whose writings I have referred in the book.

A great debt of gratitude must be acknowledged to Prof K.K.Basa who has first suggested me to write a book on teyyam and extended his assistance to publish it under the intangible cultural heritage of India series after watching my paper presentation on teyyam in a seminar at Mysore University in 2005. My inherent laziness did not allow me to complete the work for another two years. It is again Prof Basa, who has forced me to come to Bhopal and made me to stay for about a week in order to complete the work. I have no vocabulary to express my thanks to him.

I must also express my apologies to Indira Gandhi Rashtriya Manav Sangrahalaya for making them wait for about two years for the manuscript of my book. They have shown great patience with me.

I am also indebted to Dineshan Vadakkiniyil, for sharing the challenge of rethinking and reworking at every stage.

I must acknowledge the services extended by Prof N.T Bhat and T.V.Chandran for their editorial assistance. It would not be proper if I omit to mention the names of Mr. Sudhir Shrivastava of IGRMS, for taking care of the publication by reminding me the time frame to complete the work. I also thank Mr G. Jayaprakashan of IGRMS for acting as a bridge between myself and Prof Basa. I also take the opportunity to thank Mr Manoj Jain of IGRMS for his wonderful work on computer with regard to the text and photos of this book.

I would like to express my special gratitude to the teyyam artistes, whom I had talked for obtaining the minute details on teyyam to use in writing this book. Upendra Rajan Panikkar of Folkland, Sajith panikkar, Krishna Kumar, Madhu panikkar, Babu are the few in this category. Mr Arun Kumar of Folkland has done the face paintings for this book. Ms Jisha M.M. has done the preliminary work on text and photos, I thank them too. I also take this time to thank Mr K.K. Marar, Mr Madhu Raj, Mr Terry Knickerboker for extending photographs for this book. Last but not the least, I thank my wife Saranjini, for her inspiration for writing this book. 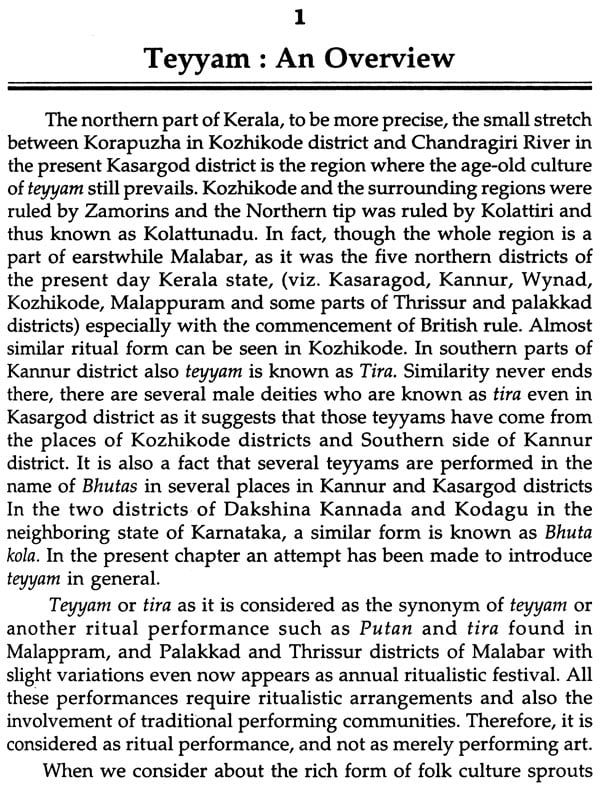 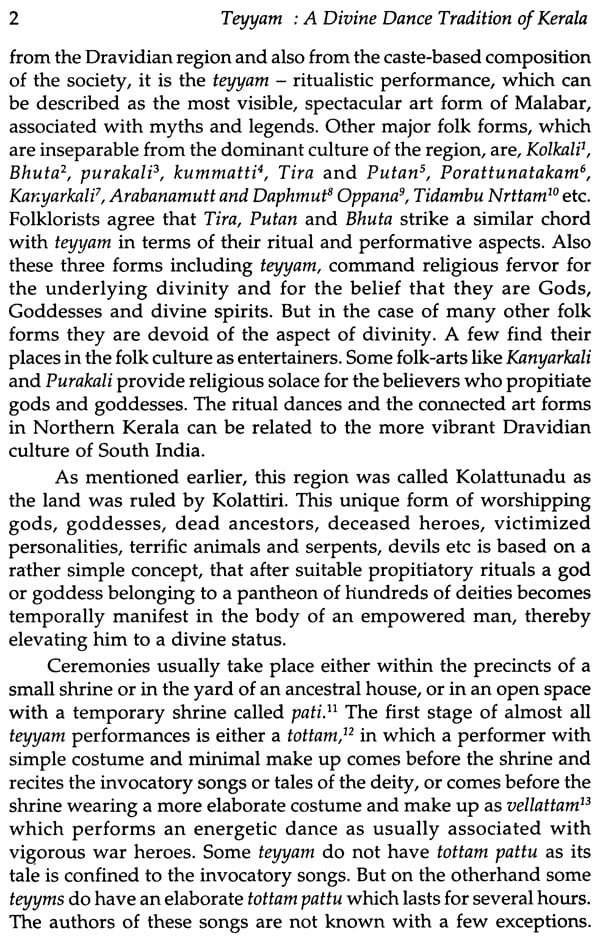 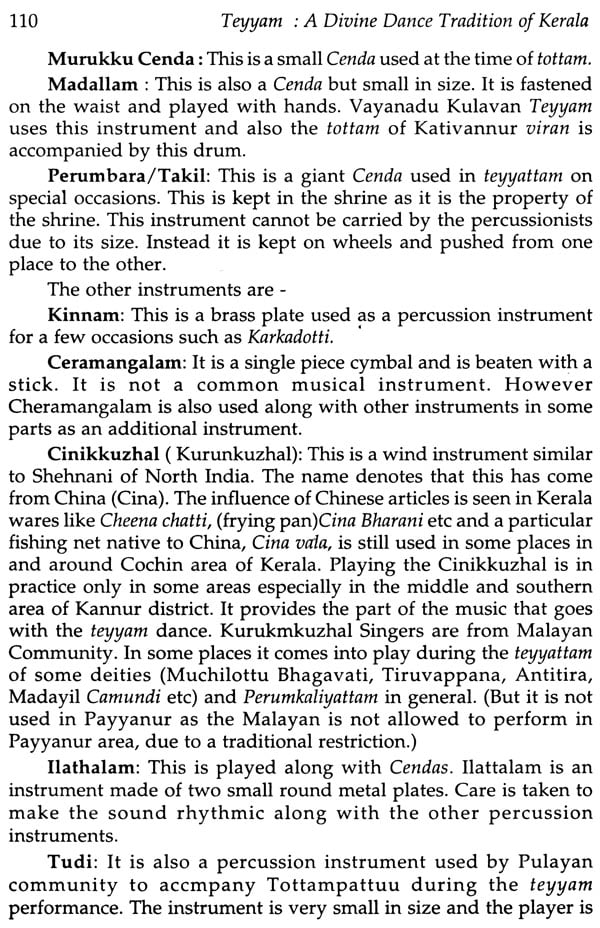 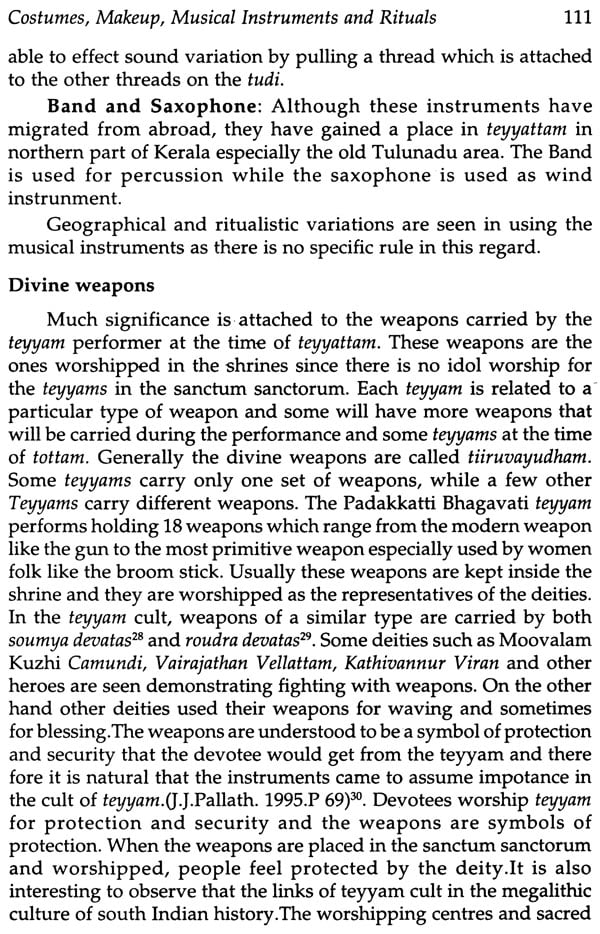 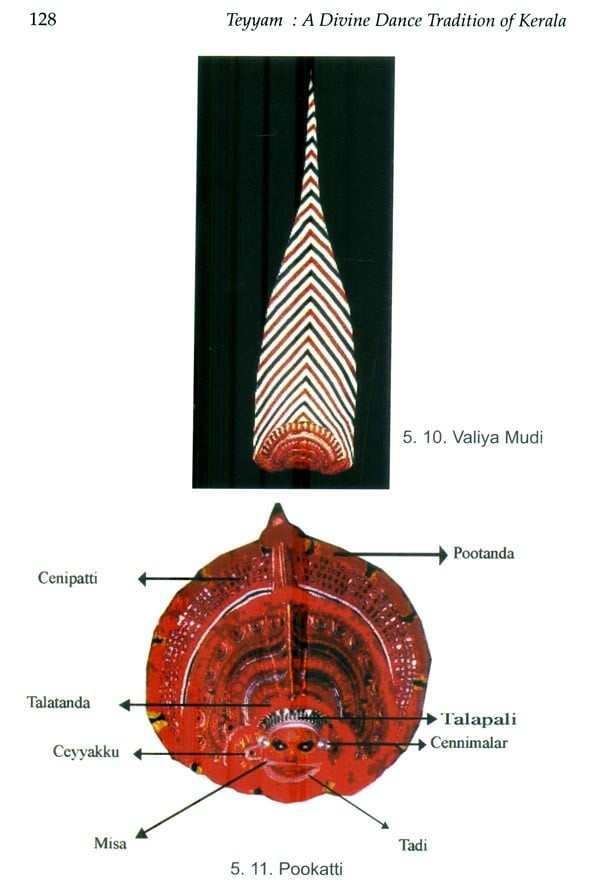 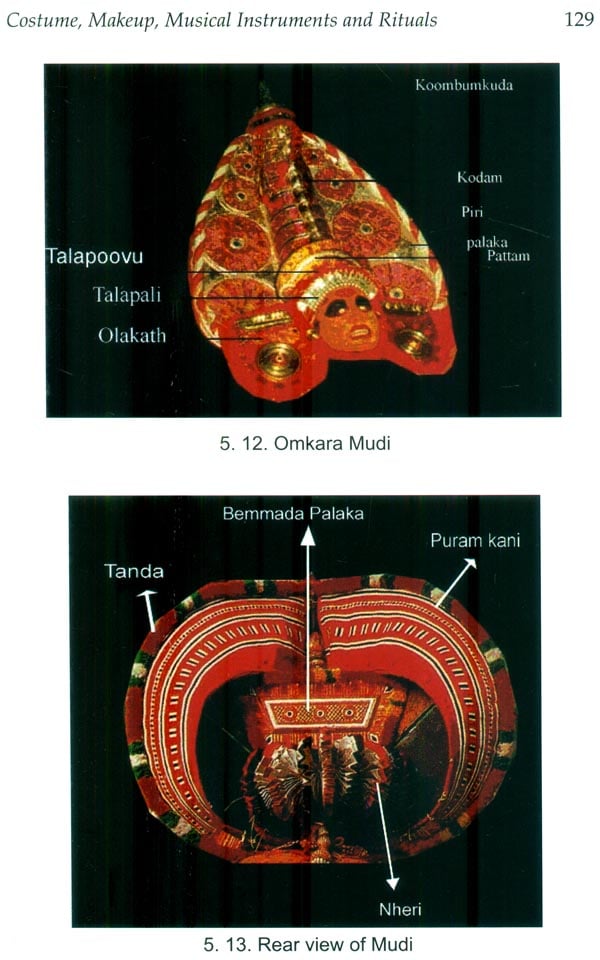 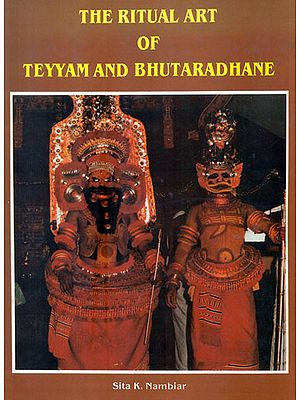 The Ritual Art of Teyyam and Bhutaradhane - Theatrical Performance with Spirit Mediumship (An Old Book)
By Sita K. Nambiar
£35.25 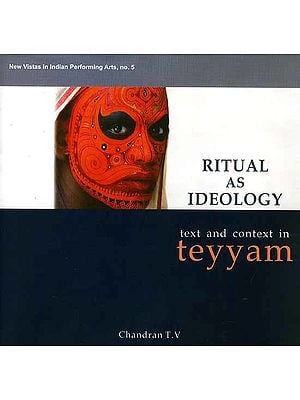 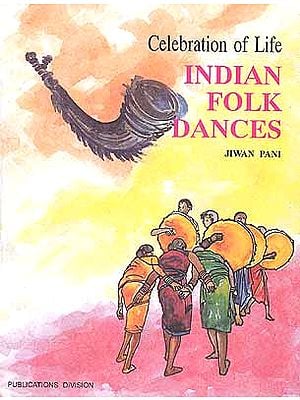