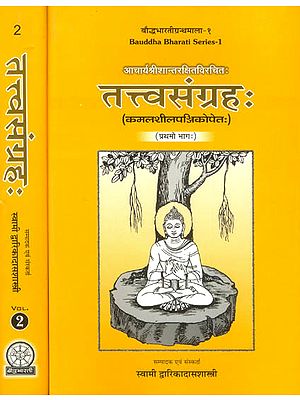 $67.00
Notify me when this item is available 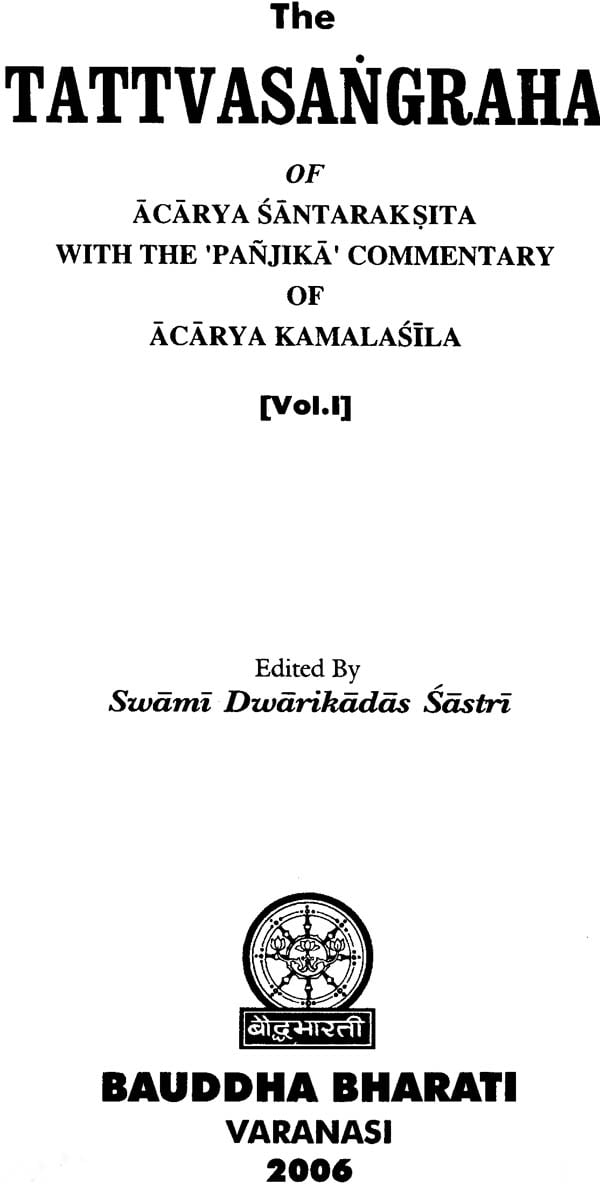 The most remarkable feature of this work is its reproduction of the views of scholars who otherwise would have remained in perfect oblivion. Kamalshil gives the names of the authors and quotes from them. It shows the philosophical activities and speculations of nearly three centuries from time of Dharmakirtti down to Uddyota-kar. It was a period of brisk speculation and hard thinking. Dmgnaga and Dharmakirtti works gave a good jolt and shock to orthodox schools of philosophy. The were faced with the risk of loss of prestige and even existence. The philosophical complacency was made impossible.

Swami Dwarika Das Sastri is now editing the Tattvasangraha of Santaraksita with Kamalasila's Panjika. It was first edited and published in the Gaekwara Oriental series. It created a stir in the academic world. Dharmakirtti's Pramanavartika was then inaccessible. The Tattvasangraha throws literally a flood of light on Buddhist metaphysics of the Sautrantika Yogacara school and logic and epistemology. The most remarkable feature of this work is its reproduction of the views of scholars who otherwise would have remained in perfect oblivion. Kamalasila gives the names of the authors and quotes from them. It show the philosophical activities and speculations of nearly three centuries from time of Dharmakirtti down to Uddyotakara. It was a period of brisk speculaion and hard thinking. Dinganaga and Dharmakirtti's works gave a good jolt and shock to orthodox schools of philosophy. They were faced with the risk of loss of prestige and even existence. The philosophical complacency was made impossible.

From the study of this work along with Uddyotakara's Nyayavdrttika and Kumarila's works one can easily gather the cultural movements of centuries. The ruthles attack on the realism sponsored by the Nyaya school and particularly the reputation of the Soul theories, backed by powerful logic created a veritable peril. The criticism of the infallibility of the Vedas provoked spirited counter-attacks from the Mimansa school of which Kumarila was the most powerful exponent, and acted as the defender of the faith. The counter-criticisms of these orthodox stalwarts succeeded in undermining the prestige of the Buddhist church. But the Buddhist were not supine and reacted with vigour and verve. The Tattvasangraha Preeminently represents this phase of Buddhist reaction. this rivalry and intellectural combats served a very salutary purpose. It brought into being intellectual stalwarts on both sides. These giants were to be admired not only for their thoughts but also for their language. Such a command of Sanskrt and its felicity of expression and masterful diction will remain an object of admiration for all time to come.

The Gaekwara publication was long out of print, and a fresh edition was the crying need. Swami Dwarika Das Sastri has made his mark as a keepable editor of sanskrt classics. He deserves the thanks of the Sanskrt academies and scholors interested in Indian thought for rescuing the invaluable treasures of India form oblivion.

As for the Tattvasangraha and the Panjika, the old edition was based upon imperfect manuscripts. We have got in the Nalanda library photostat copies of manuscript which supplies all the lacune. I request my leaned friend Swami Dwarika Das Shastri to utilise this source.

It is a matter of congratulation that Sanskrt has not lost its favour even in till' present secular India. which is suffering from a thousand and one maladies. India's regeneration will come through Sanskrt. It is the immortal language of India. Though perhaps 99% of old Sanskrt classics have met with death, the surviving classices are sufficient to make us alive to the heights and depths of Indian thought when India was not enslaved by foreigners.

l consider it my duty to bring to focus the academic activities of Sanskrt scholars in the present-day. and I can point to Swami Dwarika Das Sastrl as one of them. I am proud of his achievements and it is my confidence that I am voicing the general belief. 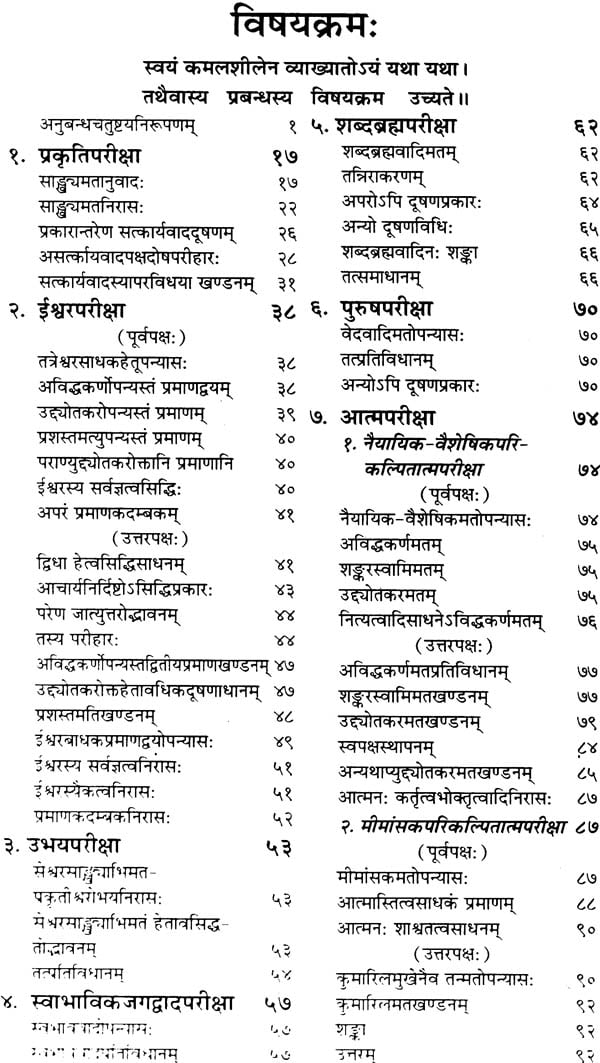 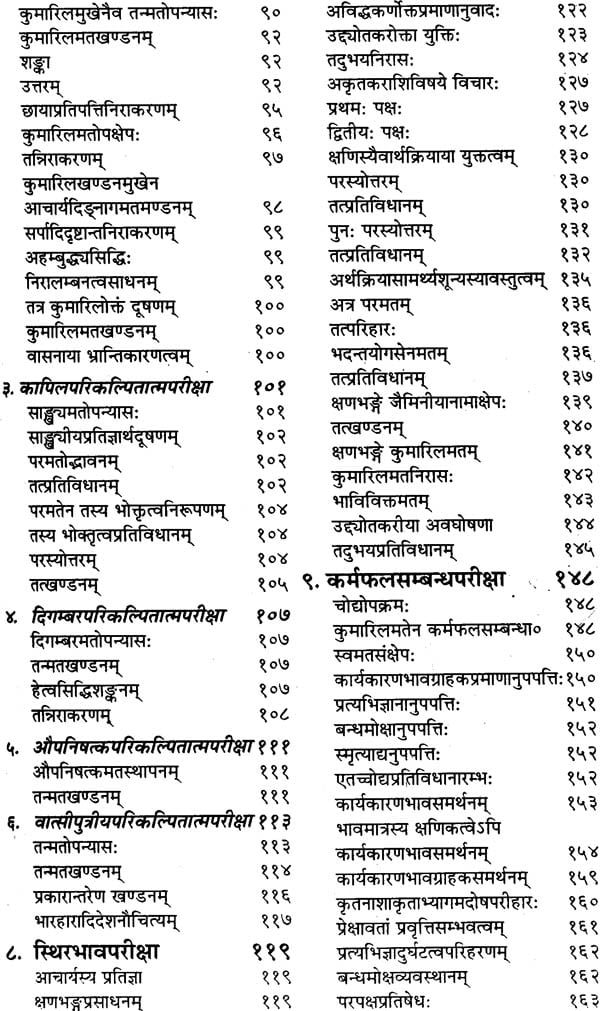 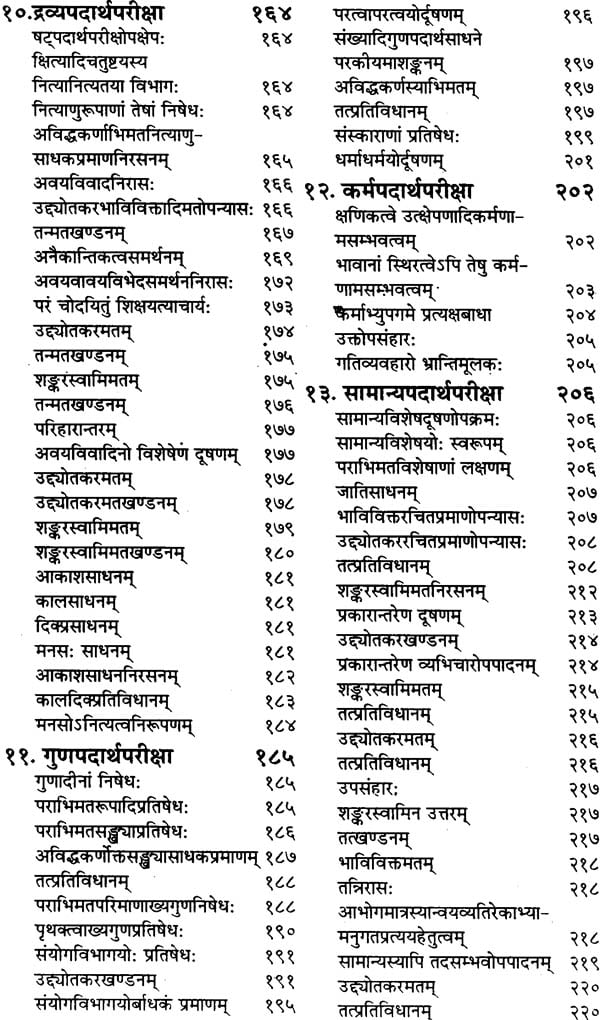 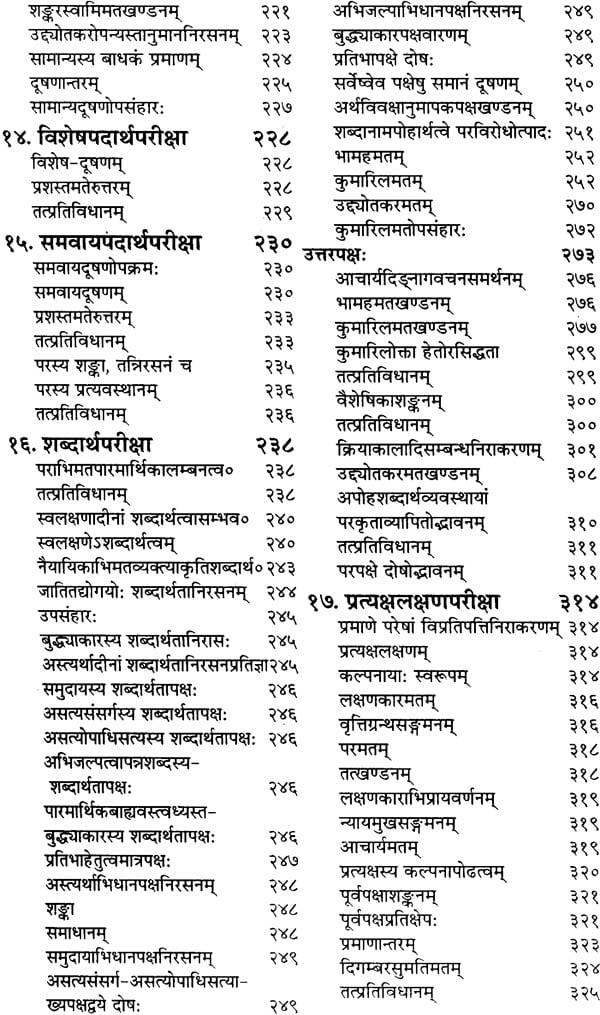 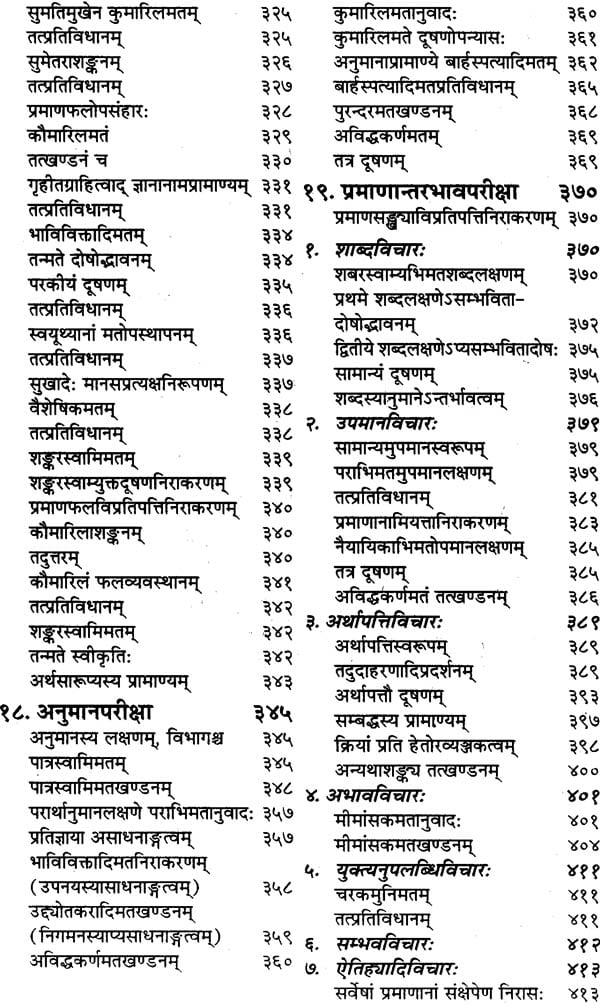 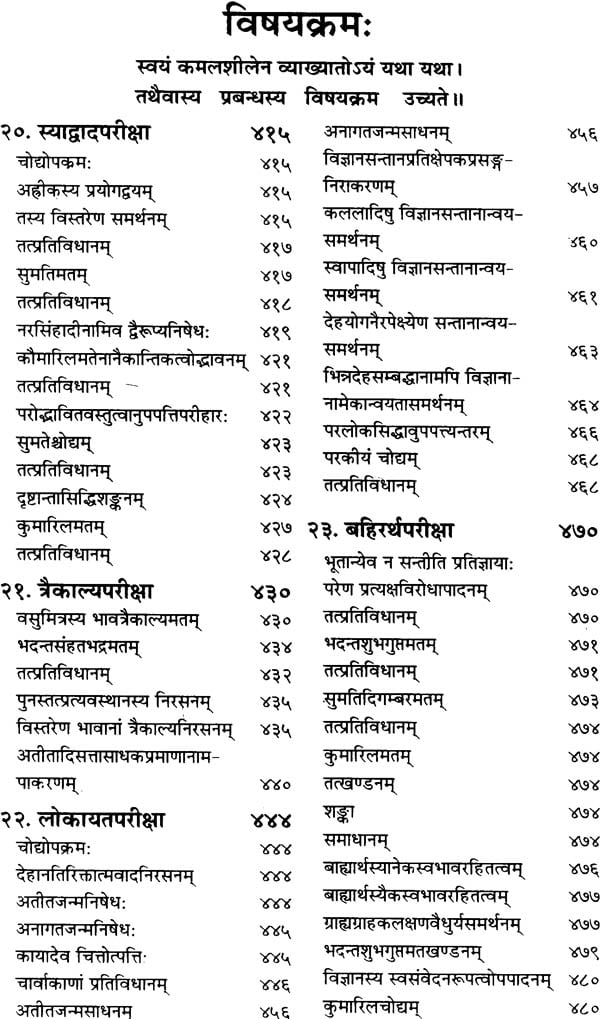 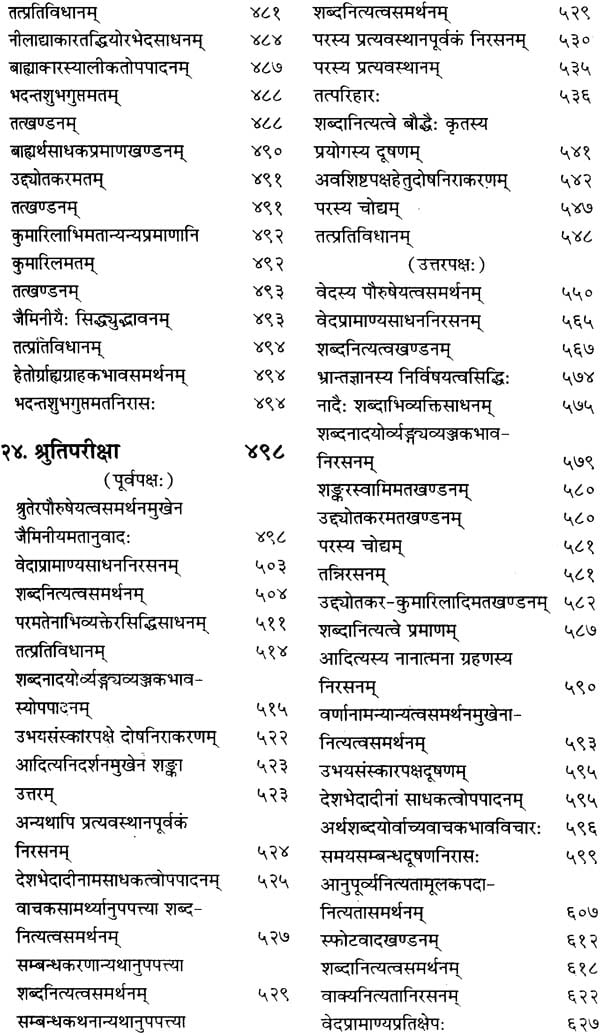 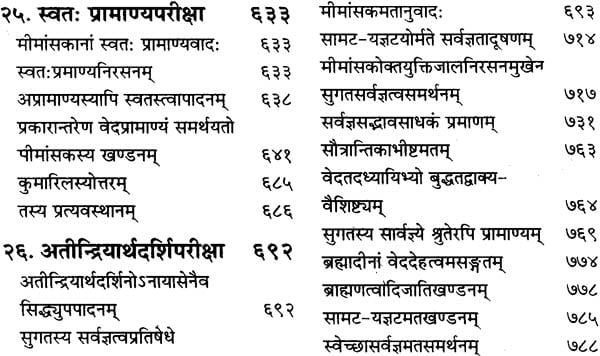 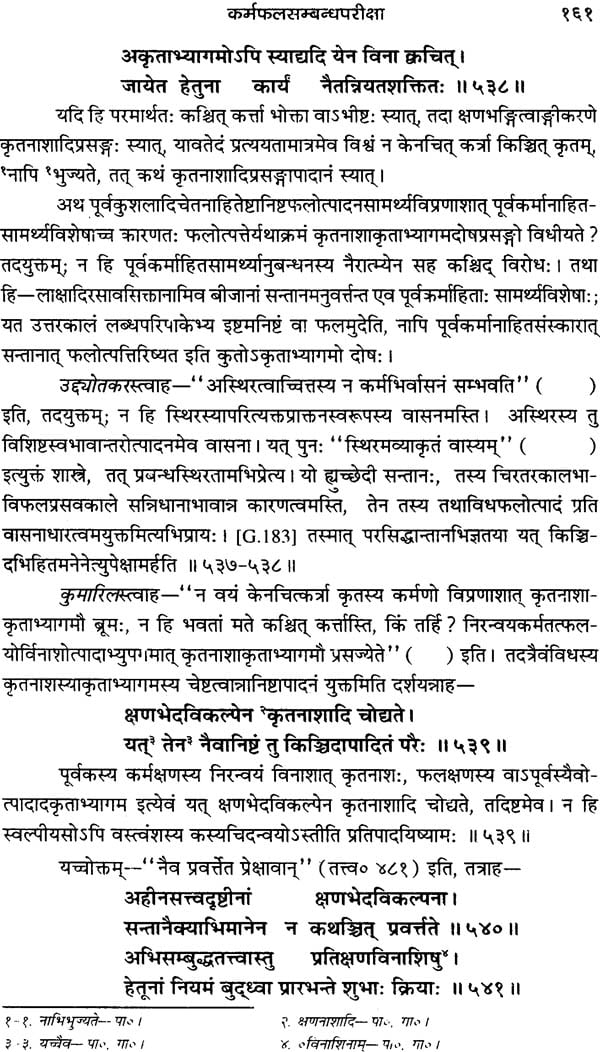 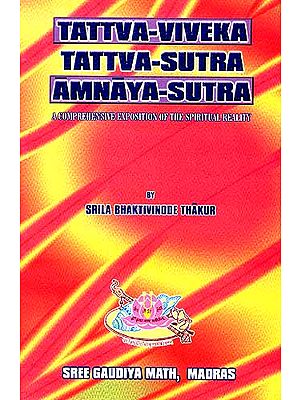 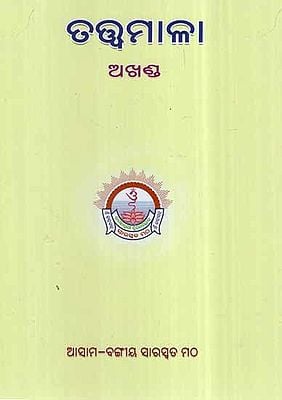 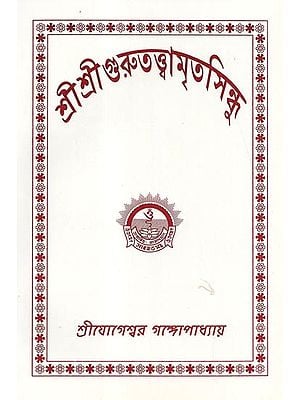 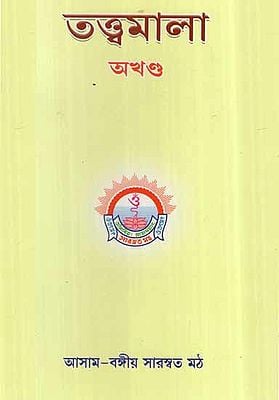 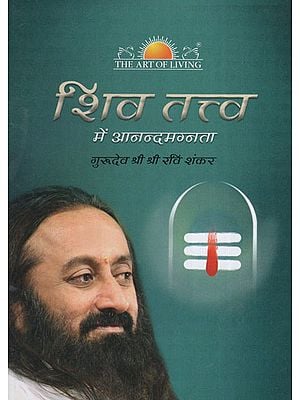 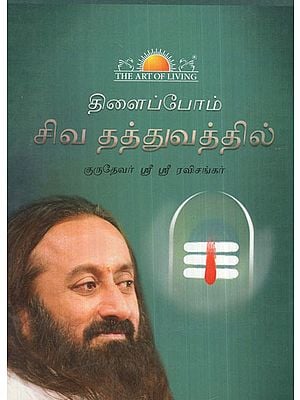 Rejoicing in the Shiva Tattva (Tamil)
By Ravi Shankar
$12.00 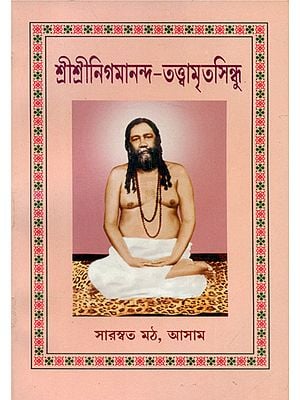 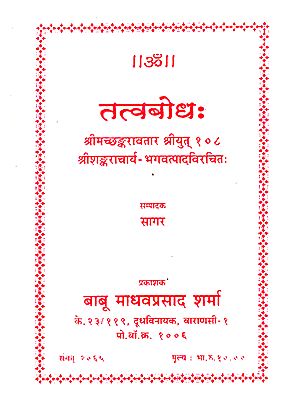 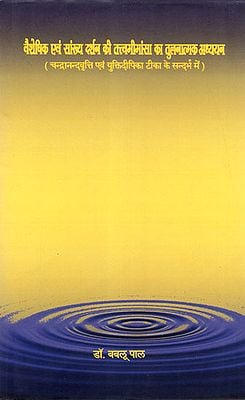 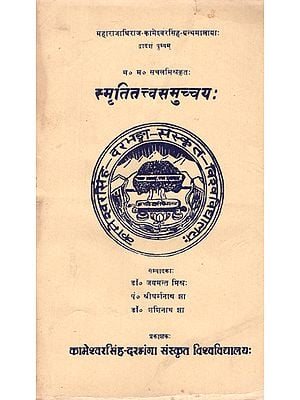 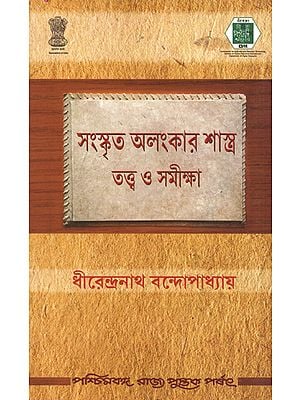 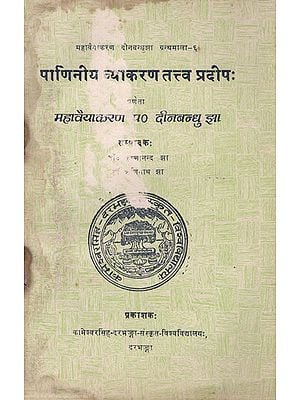 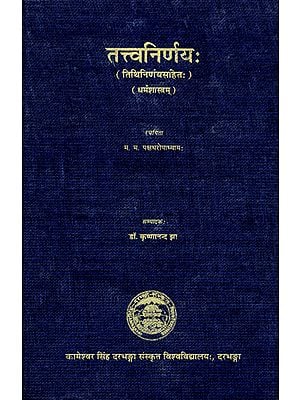 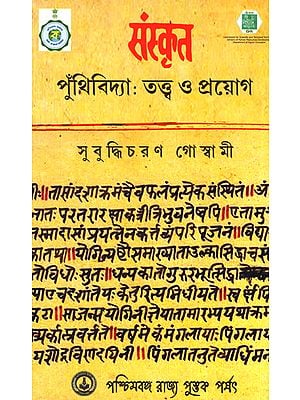