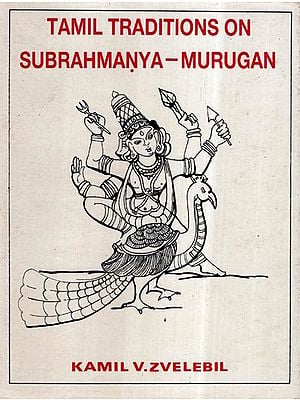 Tamil Traditions on Subrahmanya-Murugan-Karttikeya (An Old and Rare Book)

"Subrahmanya-Murugan is one of the most complicated and baffling deities for analysis" in the words of Kamil V. Zvelebil. It is befitting that Kamil V. Zvelebil has undertaken this analysis in this monograph.

It is his firm conviction Cevvel-Murugan is, 'originally' rooted in the prehistoric civilization of the peoples of South India and Ceylon. It was the great Sanskritic Tamil synthesis in the pre-bhakti and bhakti periods that represented the fertile soil in which a vigorous cult of South India Subrahmanya thrived for the first time as we know Him today.

He establishes the above theory examining the myths, legends and motifs of the Subrahmanya-Murugan lore of the Great Tradition - literature published and universal (throughout Tamilnadu), local, and oral, in Tamil, Sanskrit and Sinhalese. He also uses archaeological and epigraphical evidences.

Dr. Kamil V. Zvelebil, a very well recognized Dravidologist, though retired as a professor, continues his research activities, publishing on Tamil studies. Starting his career as a Tamil-Dravidian linguist, of late, he has been publishing substantially on Tamil literature and culture.

The Institute of Asian Studies has already published two of his research monographs Ananda-Tandava of Siva Sandanrttamūrti and Literary Conventions in Akam Poetry. The third one is an English translation of the autobiography of Dr. U.V. Swaminathaiyar - "Perhaps the greatest of all modern Indologists" The Story of My Life - Part I. The fourth publication of Kamil V. Zvelebil by the IAS, Tamil Traditions on Subrahmanya­-Murugan, is an outstanding research work and perhaps the first detailed study on Subrahmanya-Murugan cult.

India is a country of long survivals (D.D. Kosambi). It has accumulated since about 5000 years the most diverse ideologies without really changing its basic religious structure - Hindu polytheism. It has adopted, before virtually annihilating Jainism and Buddhism, their basic principles vegetarianism and ahimsā and thus in fact it has reabsorbed the two principal heterodox movements. The strategy of the Brahmins, whether conscious or unconscious, has always been to adopt the most prestigious features of their opponents. Hinduism is thus "a product of a particular kind of mind in a particular environment", a special kind of religion which must be met on its own terms, a phenomenon of immense, overpowering magnitude, complexity and diversity. It has baffled all attempts at defining it in simple terms or analyzing clearly its component elements (K.A. Nilakanta Sastri).

What is true about India and Hinduism in general has special relevance when we face one of its most complicated and baffling deities, Subrahmanya-Murugan of the deep South. Sanity, stupidity, sobriety and madness - all can and will be found in the immensely complex construct of human imagination, intelligence, emotional needs and, last but not least, deep and valid insights, that is the phenomenon called 'Murugan'. Let it be clear to the reader that, although I shall have to say many critical words. I believe, with Claude Levi-Strauss, that the kind of logic in mythical thought is as rigorous as that of modern science, and that the difference lies not in the quality of the intellectual process but in the nature of the things to which it is applied: the same logical processes operate in myth as in science: "man has always been thinking equally well.

The following work does not concern itself with the validity of current religious faith or practices of Murugan worshippers. Although my commentary will be, naturally, openly critical, it should not be interpreted as involving any criticism of the faith and devotion of sincere bhaktas of Murugan.

By virtue of his complex and composite nature, Murugan is all to everyone: to children he is Bala Subrahmanya, the playful child-god; to young men the chaste Kumaran, to scholars the wise six-faced Arumukan, to soldiers Senatipati, to devotees who seek knowledge he is Jnanapandita, to householders and wives he is the bridegroom and husband of Valli and Devasenā, and to ascetics he is the severe Anti of Palani. Finally, to Western scholars such as I, he is a fascinating subject of affectionate investigation.

Before, however, I shall deal in some detail with a few of the many facets and aspects of this deity I wish to say a few words about those features of Hinduism and Hindu culture which have a direct bearing on our investigation: about the relationship of religion and society, the position of the individual in Hindu social structure, the relationship between man and nature, the nature of Hindu myth in general and Tamil Murugan myths in particular, the phenomenon of bhakti and, also, the methodology to be adopted. Last but not least, we shall throw a very brief glance on the possible historical implications of the research into Murugan.

Nowadays we are used to think of society (or a society) independent of religion. The Indian society is founded on the inter-dependence of castes and, its consequence, of individual men and women in strict hierarchy expressed through ritual separation: this, indeed, seems to be the very heart of Hindu religion. Also, our distinction between philosophy and religion is inapplicable to Hindu India. The individual person who. in our society, is unique, indivisible', an ontological entity and unity, a carrier of definite values, an agent in institutions, and a 'Universal idea' is, in India, a member in one of the jātis, of groups which have each a particular ethics and morality; a being is 'in relation'; a being is always part of a "necessary coexistence of hierarchical contrasts" (Dumont).

Furthermore, there is no rupture between man and nature. In general, the human order is realized, like in Chinese Taoism or Japanese Zen, in conformity with nature. There is almost no possibility for the conflict of man against nature since there is no absolutely autonomous human order independent of the natural order. Nothing would be more alien to traditional Indian thought than to oppose man and nature.

Thus, in India, there is not a 'universal' and 'common' man as such; there is no universal duty either. Whereas in the West, we count with -- in Judaism, Christianity and Islam, and cultures derived from them -- an absolute dichotomy between god and evil, and with the resulting conflicts and struggles of the individual, in India this opposition is considered only illusory or at the most relative and temporal. The particular duties and ethics see to it that, ideally (!), there are no conflicts.

David Stacton said that Hindu mythology was "much like a plum pudding. If you do not like the plums in the slice you have, or have been deprived of a flavour, you may always cut another one." In first level of the myth is the story itself, with an immediately recognizable point on at least one plane: the narrative level. Closely related is the 'divine' level which concerns mythology as it used to be understood by the scholars of the classics: the metaphorical struggles of divine powers and personalities. Above this is the cosmic level of the myth, the expression of universal 'laws' and processes, of metaphysical principles and symbolic truths; and, below it, transforming often into folklore, is the human level, the search for meaning in individual and social human life. "No one meaning can be labeled the deepest or the truest... The best words are ambiguous, and the more richly ambiguous the more suitable for ... the myth-makers' job. Hence there is no end to the number of meanings which can be read into a good myth."

"Each level always refers to some other level, whichever way the myth is read... We can only choose between various degrees of enlargement: each one reveals a level of organization which has no more than a relative truth (stress mine, KVZ) and, while it lasts, excludes the perception of other levels." Expressed somewhat differently. "Was erzählt wird, ist immer wahr, ebenso wie es auch immer wahr ist." Also, Hindu myth reflects a fundamental feature of Indian thinking: contradictory views are only seemingly contradictory; their opposition is always resolved in a higher synthesis; apparently contradictory opinions are mere temporary illusions. In short, everything is everything else and everything is One.

This may be difficult for our logic, based as it still is on Aristotelian principles, to accept. However, accepted it must be; if not, Hindu myths will drive us to despair and fill us with disgust. If accepted, and applied, e.g., to one of the basic Murugan myths - the struggle against Cūr who represents the mythological perception of radical evil - it works beautifully. 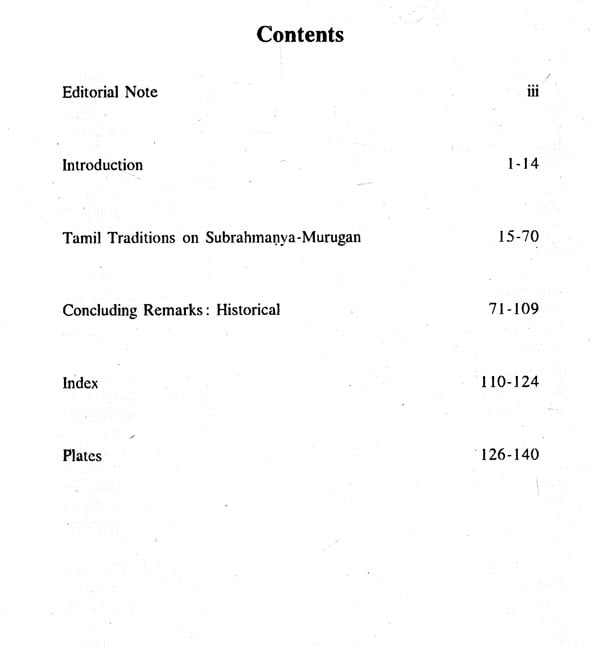 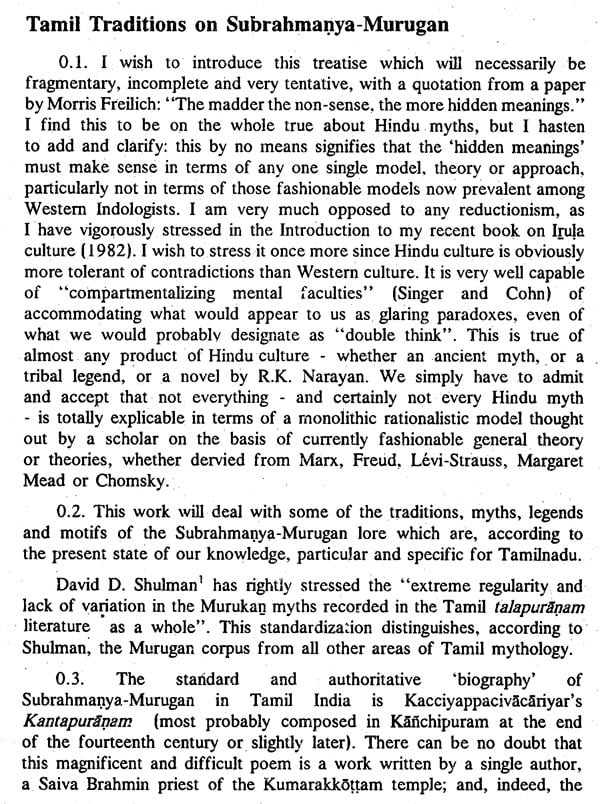 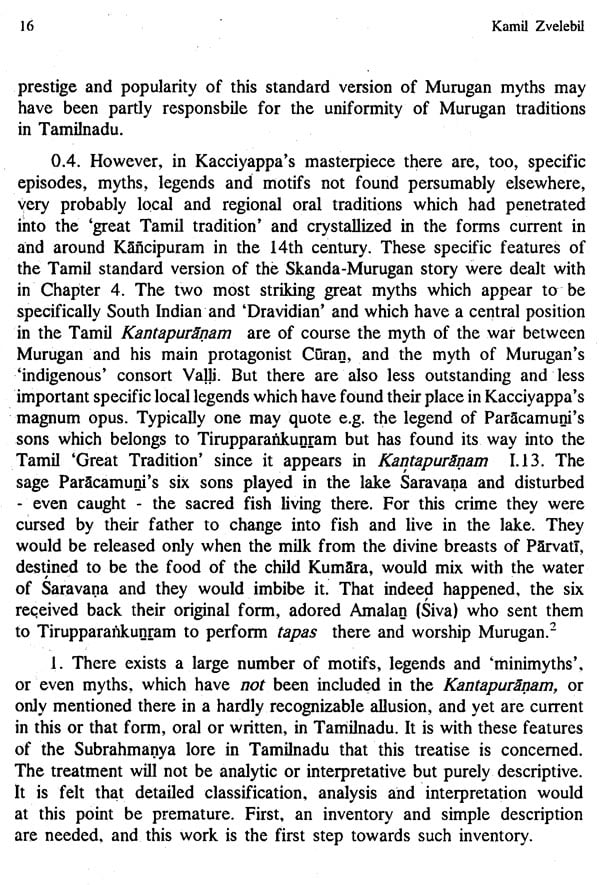 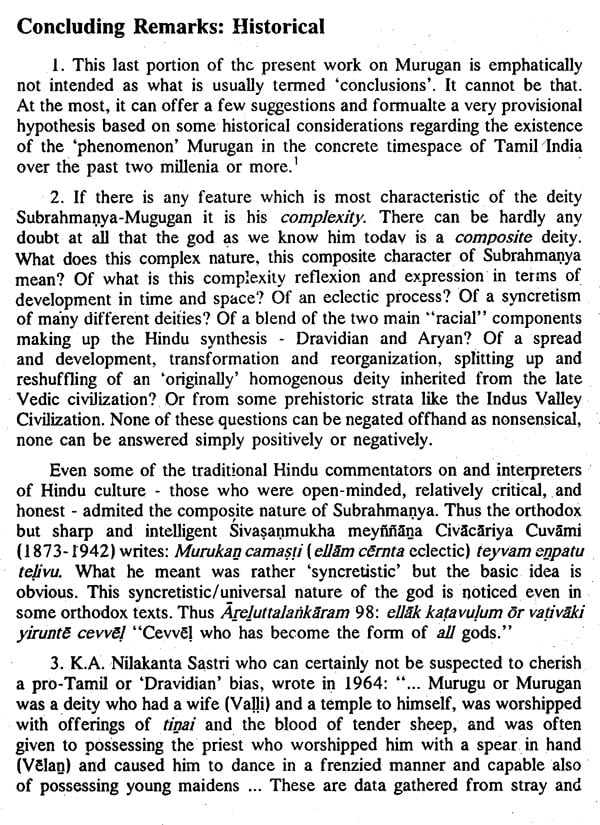 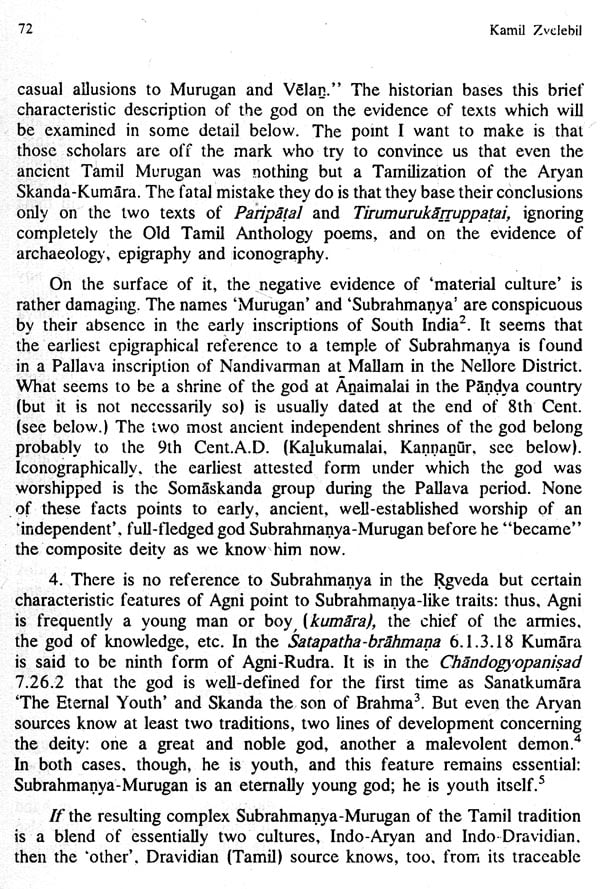 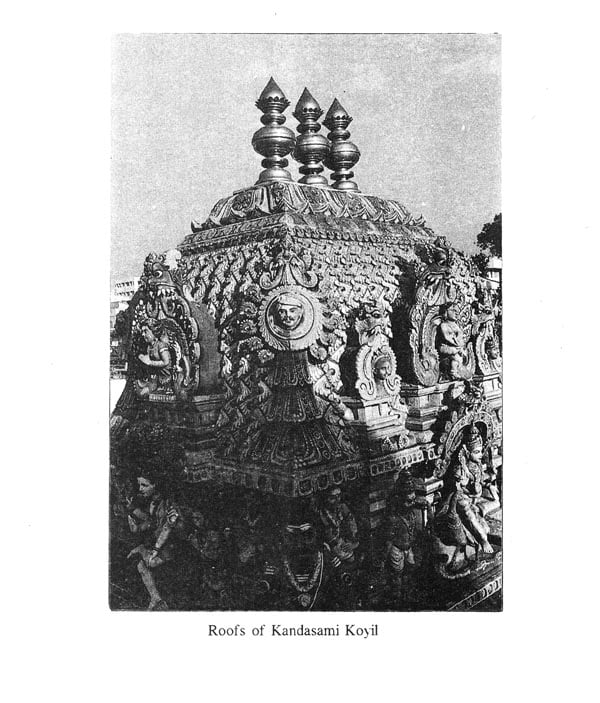 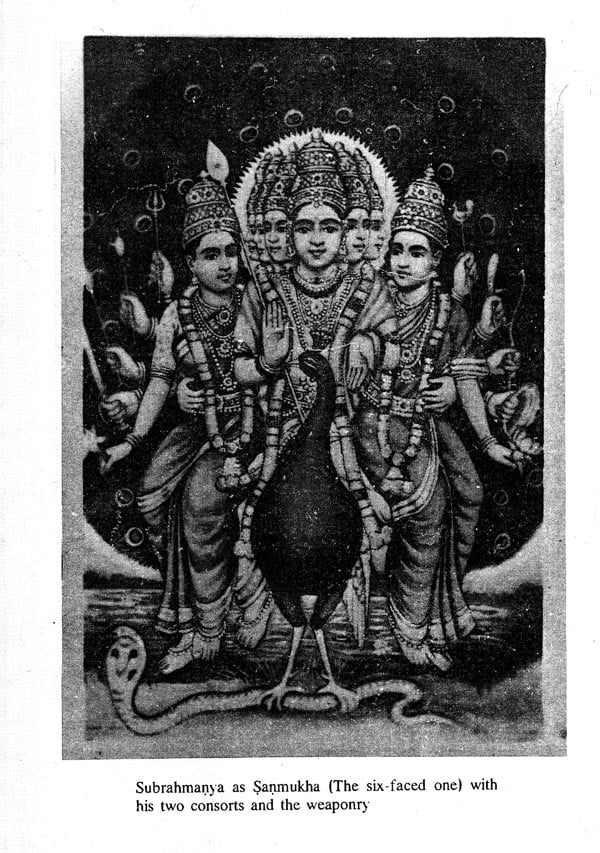 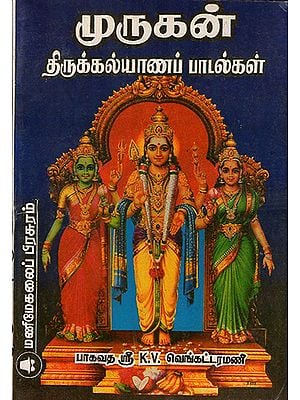 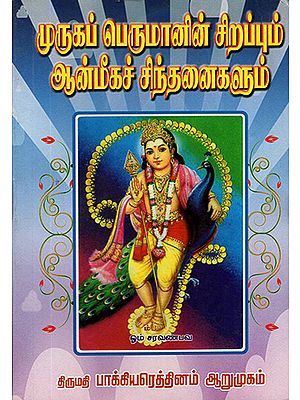 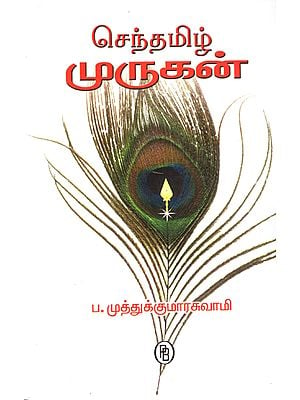 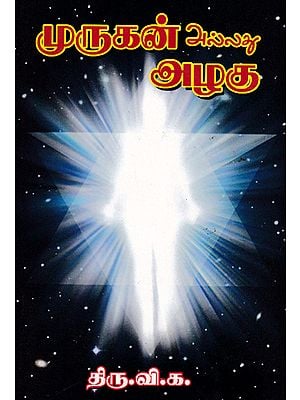 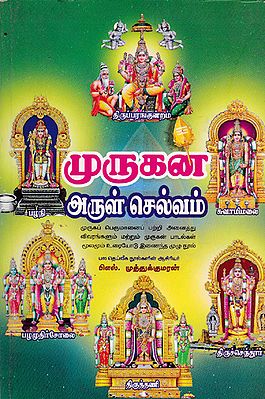 Lord Murugan Contains His History, Songs on Him with Explanation (Tamil)
By P.L. Muthukumaran
$41
FREE Delivery 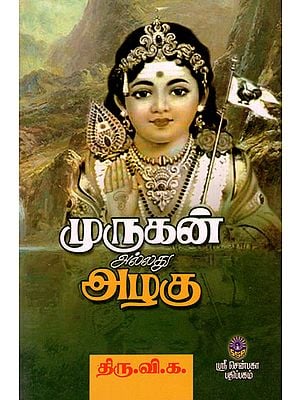 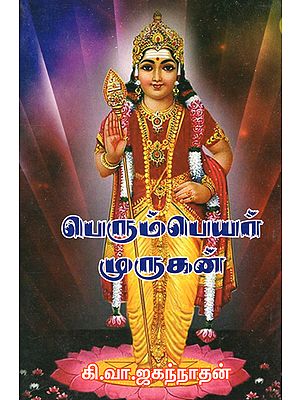 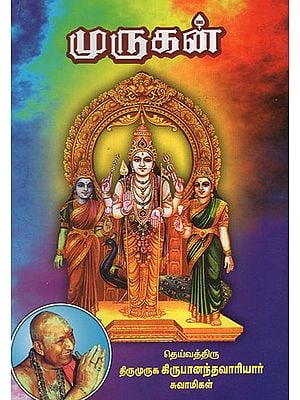 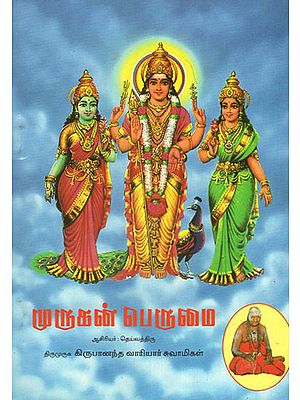 Great for Murugan (Tamil)
By Kripananda Variyar
$15
Out of Stock 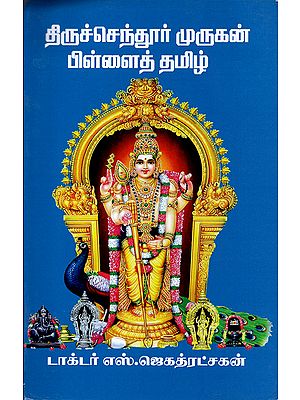 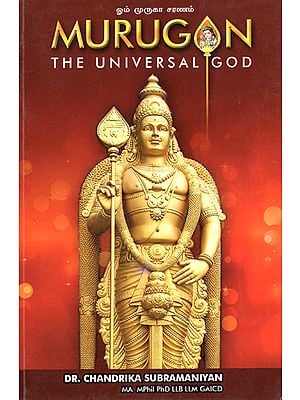 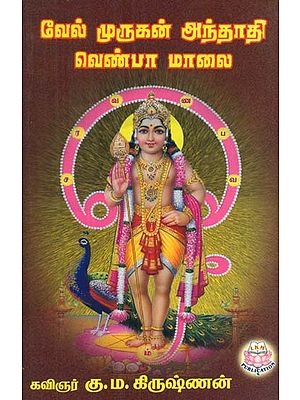 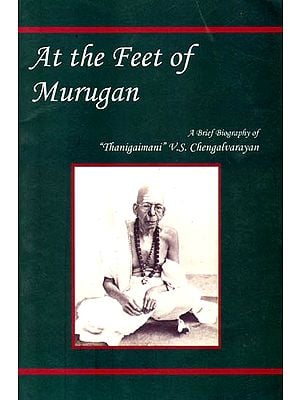 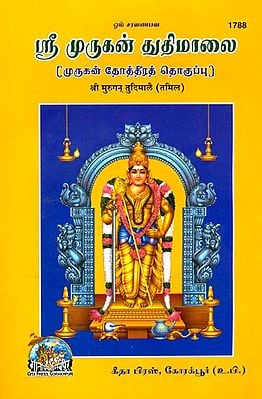