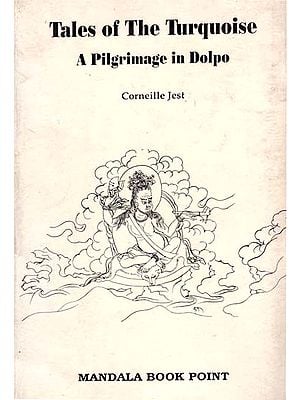 Tales of the Turquoise - A Pilgrimage in Dolpo (An Old Book)

Keeping this frequently heard Tibetan proverb in mind, I would like to introduce Karma, a Nomad of Tibet, my guide and friend. To introduce Karma, a nomad of Tibet, my understanding of the Tibetan spirit. With karma, I visited most of Dolpo, and I consider myself especially fortunate, from the human as well as the professional points of view, to have met Karma, a Tibetan of Maturity and experience, a man who was sympathetic and trusting towards a foreigner whose motives must have appeared incomprehensible.

Karma is not only an excellent guide but also a natural story teller. He was always happy to speak and his stories were often spontaneous responses to incidents on the read, to an encounter with an animal, to a special landscape, to a comment from a listener. However, Karma was not a professional story-teller. They do exist in Tibet and their narrations are doubtlessly more ordered and coherent than those of my friend. Nevertheless, I consider myself to have been particularly fortunate to have been present during numerous occasions when Karma told tales from his vast repertoire. Moreover, there was never any intention on his part to teach, nor any desire to express personal sentiments or ideas. Also, Karma did not appear to be motivated by any desire to convey to the younger ones the stock of stories and folk-sayings accumulated in the course of his long life.

Karma had then an opportunity to deliver a message, the story becoming an expression of a code of values, of Tibetan customs and manners. And my desire. First as a listener and then as a writer, is to enable the reader to participate in this “initiation” to the mental world of the Tibetan, layman, yak herder, pious to his deities and divinities with whom he seemed to talk freely, sensitive to an “invisible” world to which he related with his divinations and his invocations.

To a Westerner, the risk of losing the cultural treasures lying with this elderly man seemed very real, all the more so as it seemed clear that the way of life necessary for the preservation of the thousand year old tradition they belong to was itself now threatened. But if these perspectives for the future or, indeed, any awareness of the prospects for radical changes were among Karma’s thoughts, he never made any hint, nor did he show any curiosity with regard to the Western way of life.

If the individuality of the story-teller did not make itself felt in the substance of the story, it was, however, expressed in the tone of voice the teller adopted, in the change of tone and rhythm corresponding to situations being described, in the importance given to silence, in the use made of questions and exclamations, in casual recollections made in the middle of a narration on the occasion of an incident such as a sudden and heavy downpour of rain, the flight of a bird, etc.

Karma’s stories were told without an intention of eloquence, but nonetheless, with some desire to inform, possibly due to a belief that the relating of adventure, whose meaning was in some way edifying, would earn merit for the teller. Karma, like most Tibetans, appeared to demonstrate of wish to impress upon the minds of the listeners the effects of sudden turns of fortune. Thought-provoking themes, common sayings and proverbs often mark the main points. The telling was not without certain “monotony”, but this was neither disappointing nor boring, and is in fact a part of the “style” of story- telling in many cultures.

At times on may have difficulty identifying the characters. If so, this is due to the absence of personal names of the Characters in many of the stories. It is the same for the names of Places.

As to the gestures of the story-teller, they are restrained, only the left hand mobbing the beads of a rosary. Tibetans are seldom inclined to speak with their hands.

It is also necessary to be aware of the role of the collector of the stories and of the factors involved in the translation into French (and then English) of that which belongs to an essentially spoken language, with its own unique grammar, idiom and vocabulary. An attempt has been made to convey the Tibetan sense of “time” and “space” and to exclude to precision and the sense of haste which are familiar in the West. I have tried to present the characters of the fables as the story-teller depicted them, without making them more interesting or colorful for the reader. If they appear stereotyped, this is the price of authenticity. My endeavor has been to show the day to day life in a way that reveals the richness of the Tibetan “mental world”.

This pilgrimage took place the year of the Iron-Ox, 1961 A.D. 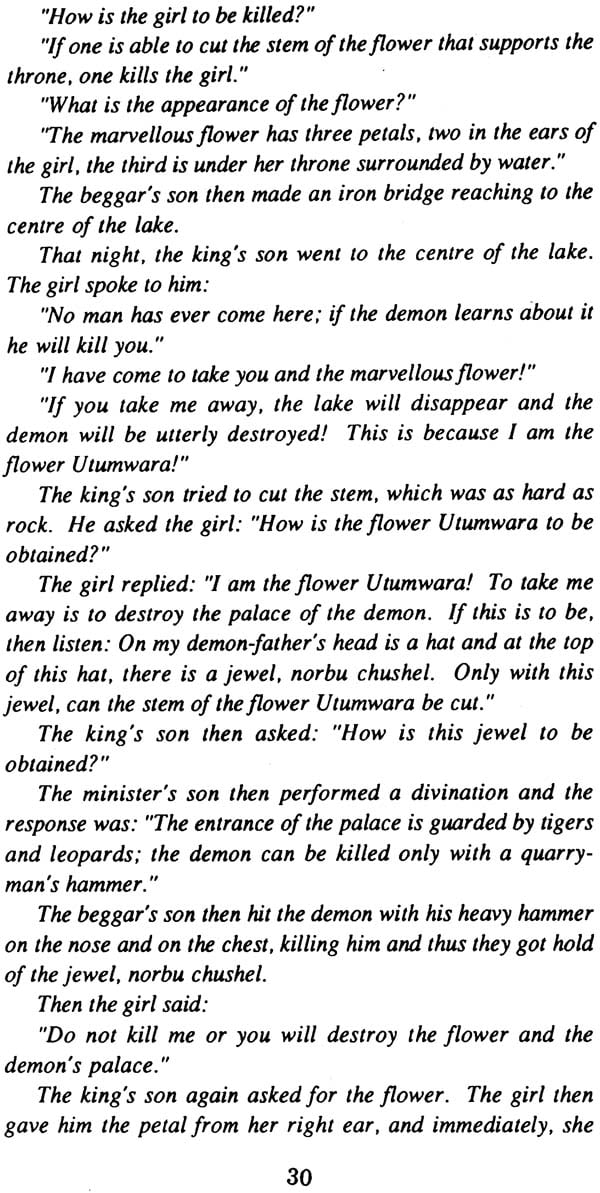 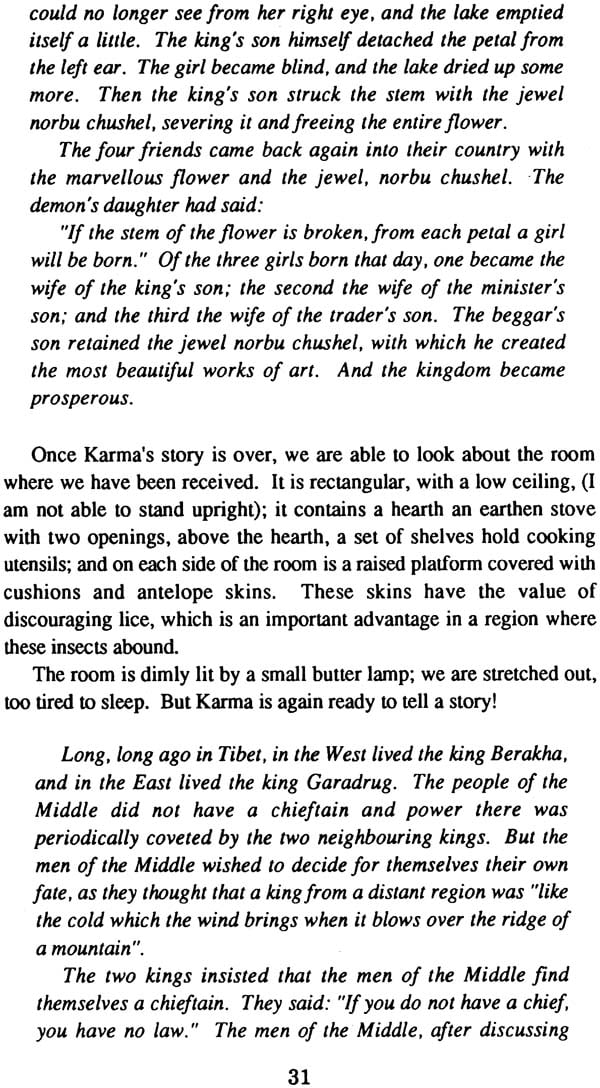 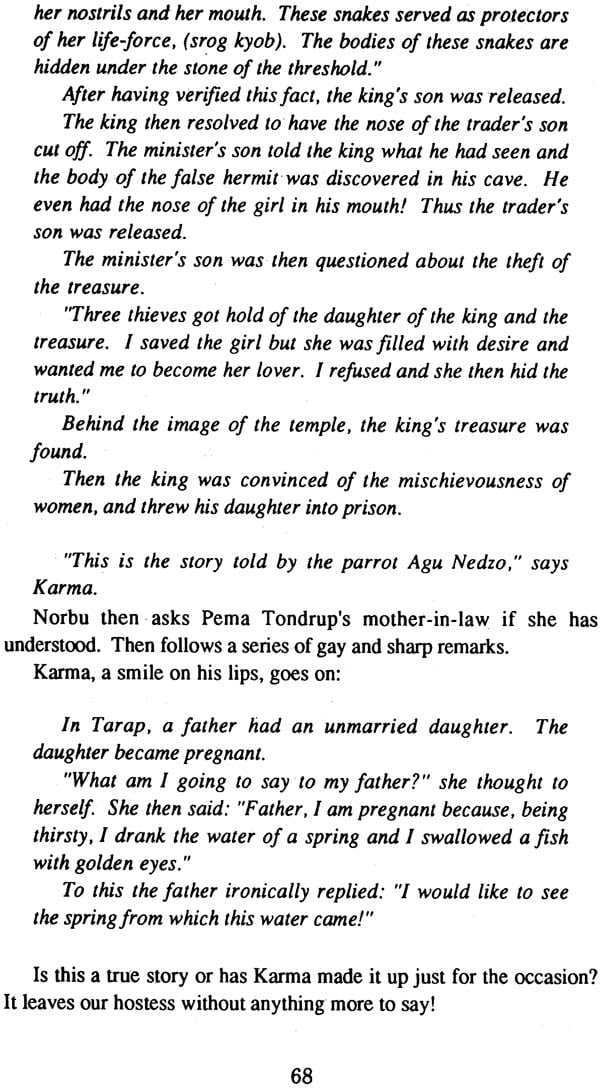 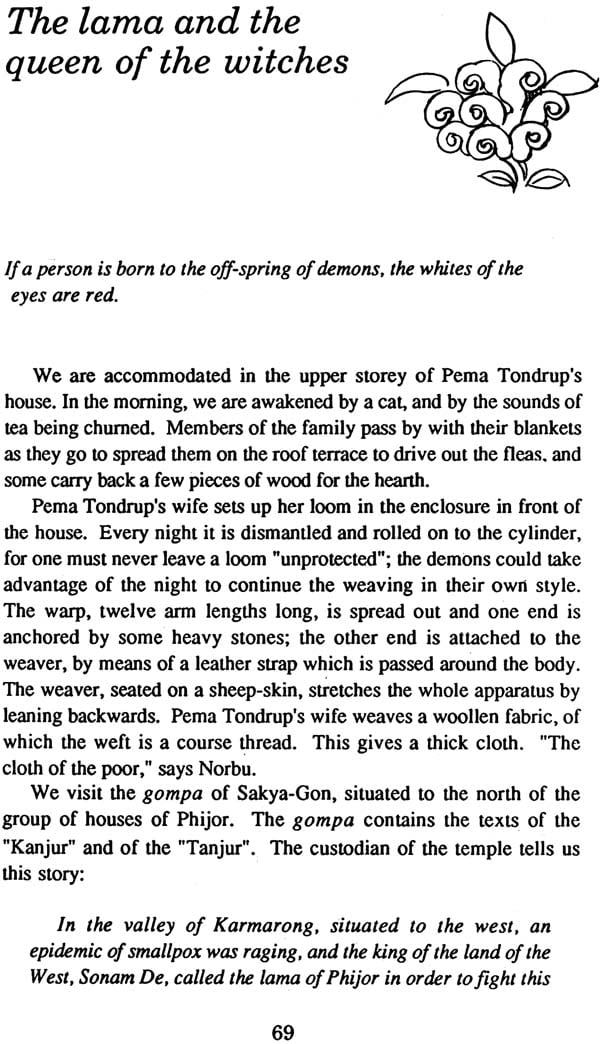 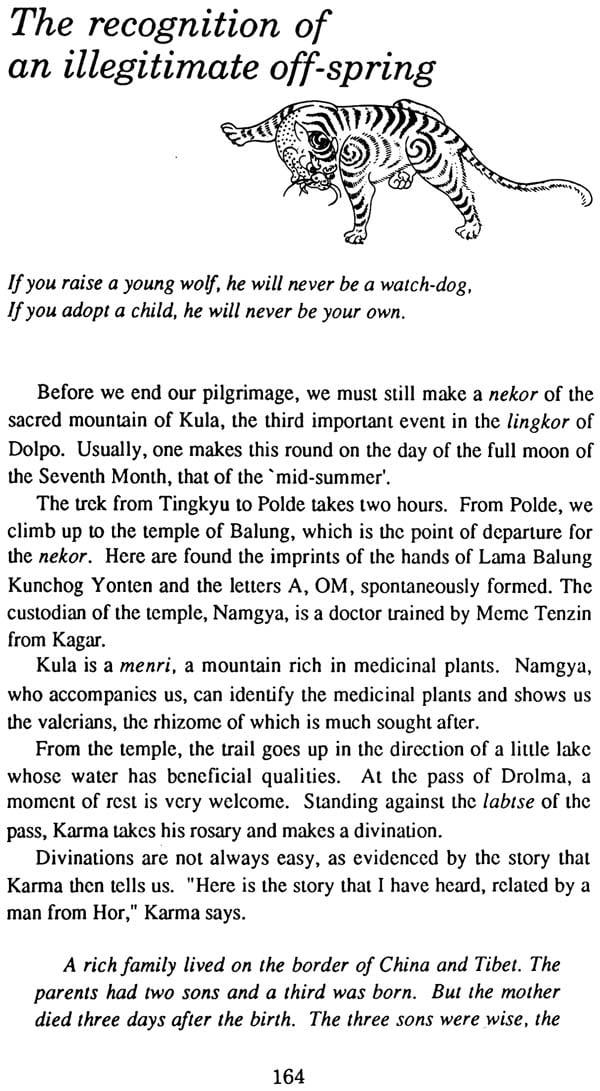 Where the Buddha Walked: A Companion to the Buddhist Places of India
By Rana P.B. Singh
$29
FREE Delivery