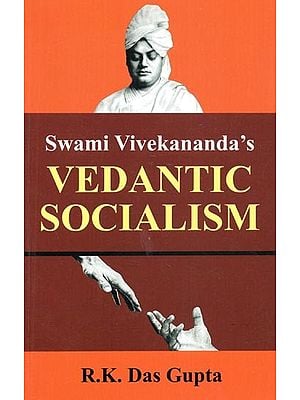 Born in Calcutta in 1915, the author was educated in Calcutta and Oxford. He was Tagore Professor of Bengali and Dean, Faculty of Arts, Delhi University and retired as Director of the National Library in 1980. He was Vivekananda Professor of Indology of this Institute. Professor Das Gupta passed away in the year 2009.

This volume includes some of the lectures delivered at the Ramakrishna Mission Institute of Culture during the years between 1980 and 1993. I am grateful to Swami Lokeswaranandaji Maharaj for kindly writing a foreword. I thank Swami Balabhadrananda and Swami Mukteshananda for their kind interest in this publication. I also thank Sri Arup Ratan Adhikari, Sri Shanti Ranjan Mukherjee, Sri Pradyut Kumar Ganguli and Sri Krishna Sengupta for their cooperation in bringing out this book.

Swami Vivekananda said that he was a socialist, though he did not think that socialism was perfect. He added, however, that half a loaf was better than none. But what kind of socialism did he have in view? That is not known. Here, in this book, Dr R. K. Das Gupta, the author and Vivekananda Professor of this Institute, has presented to us a new brand of socialism which he calls 'Swami Vivekananda's Vedantic Socialism.' The very title may sound absurd to many, but the author is serious and he knows what he is talking about. He anticipates all possible objections and meets them squarely. His contention seems to be that real socialism has to be Vedantic in the sense that Swami Vivekananda used the word. Anything short of that will be a misnomer. Socialism, no matter of what brand, can only be ushered in through a revolution. But in the case of Vedantic socialism, the revolution is not violent; it is instead a peaceful revolution of character.

The book is thought-provoking. Readers will find reading the book rewarding. 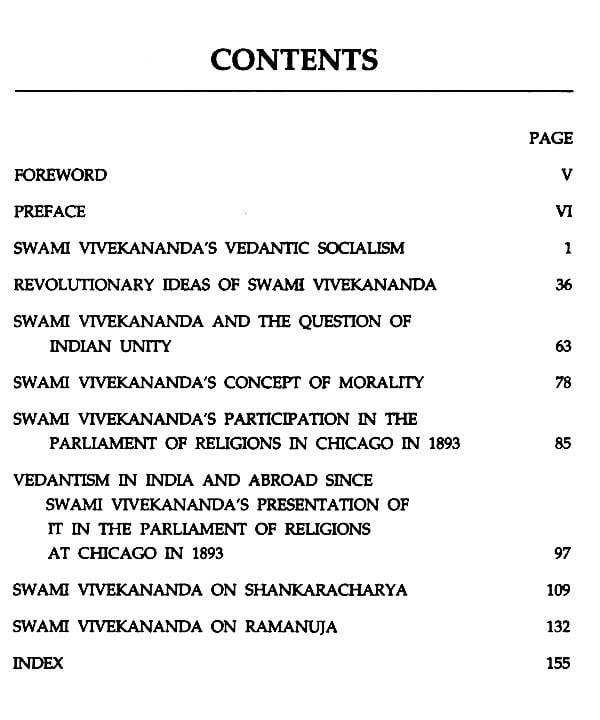 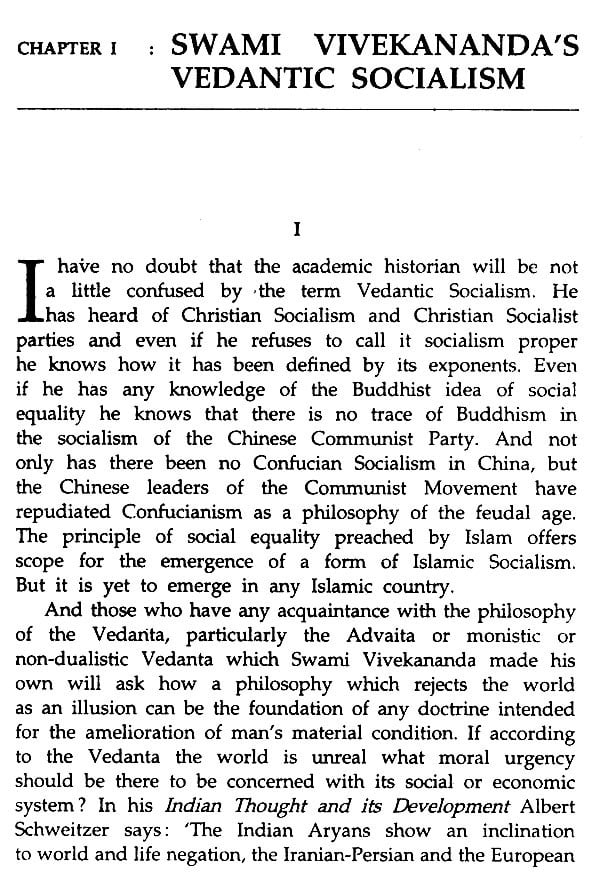 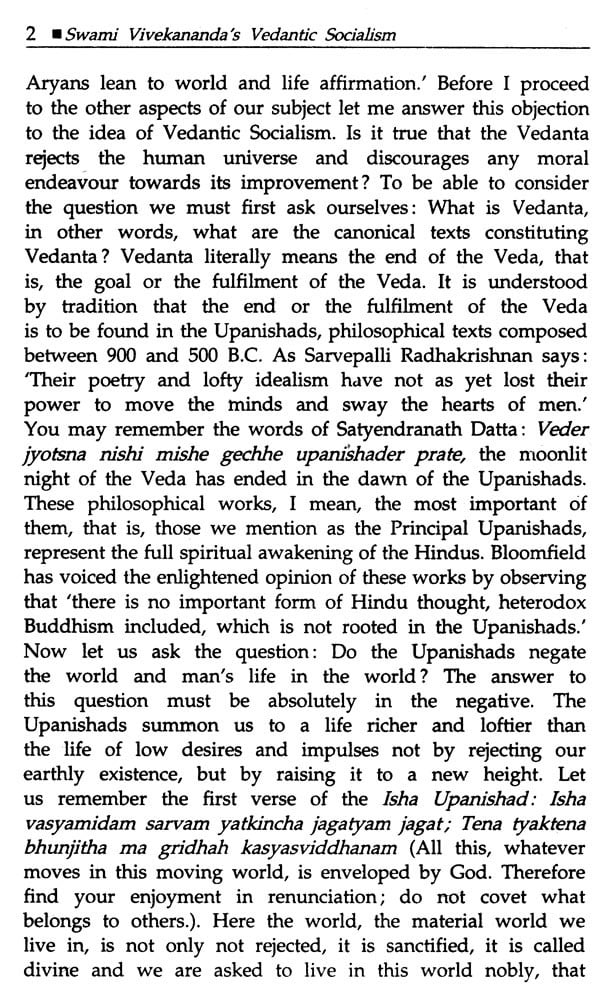 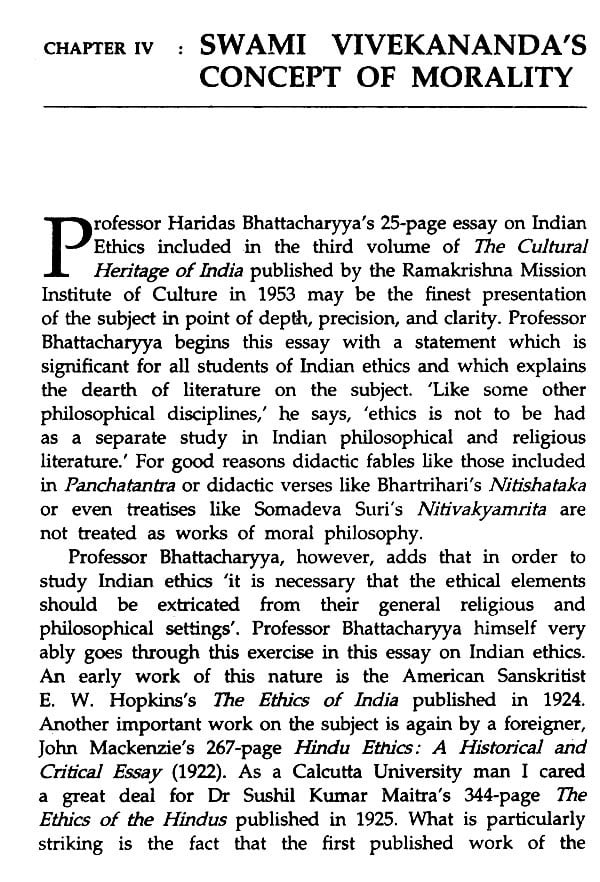 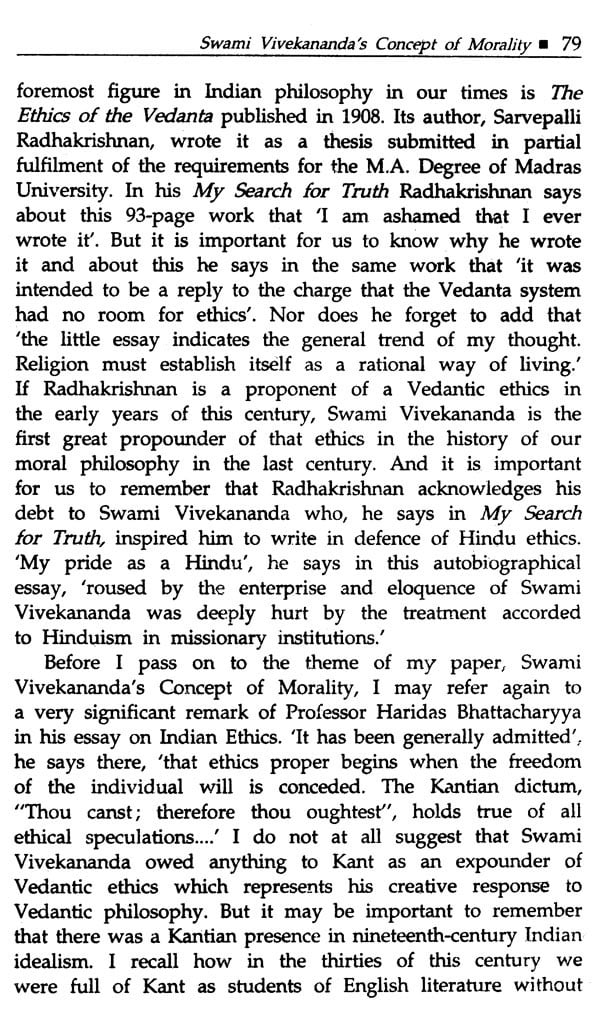 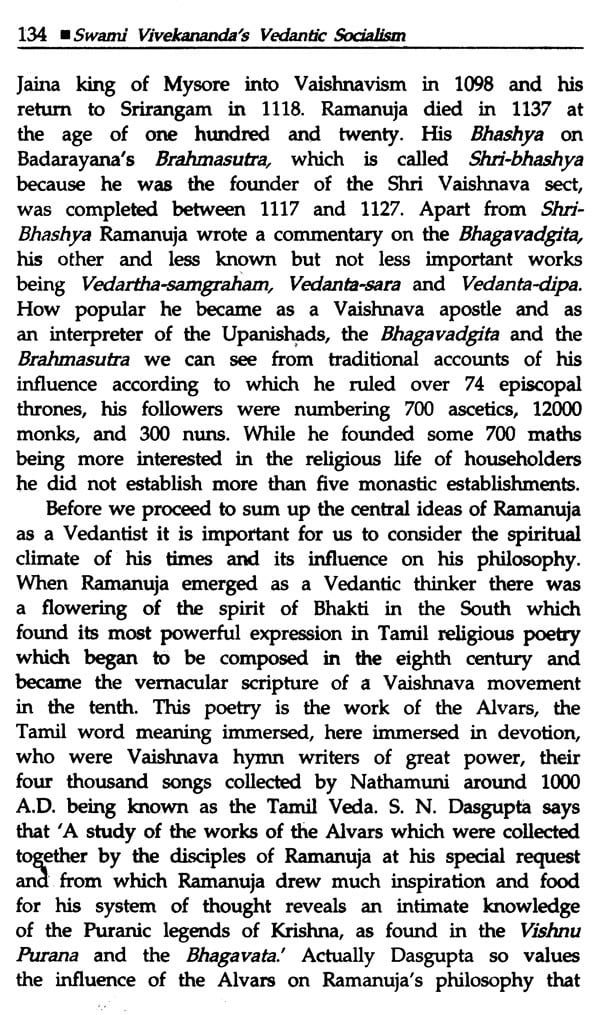 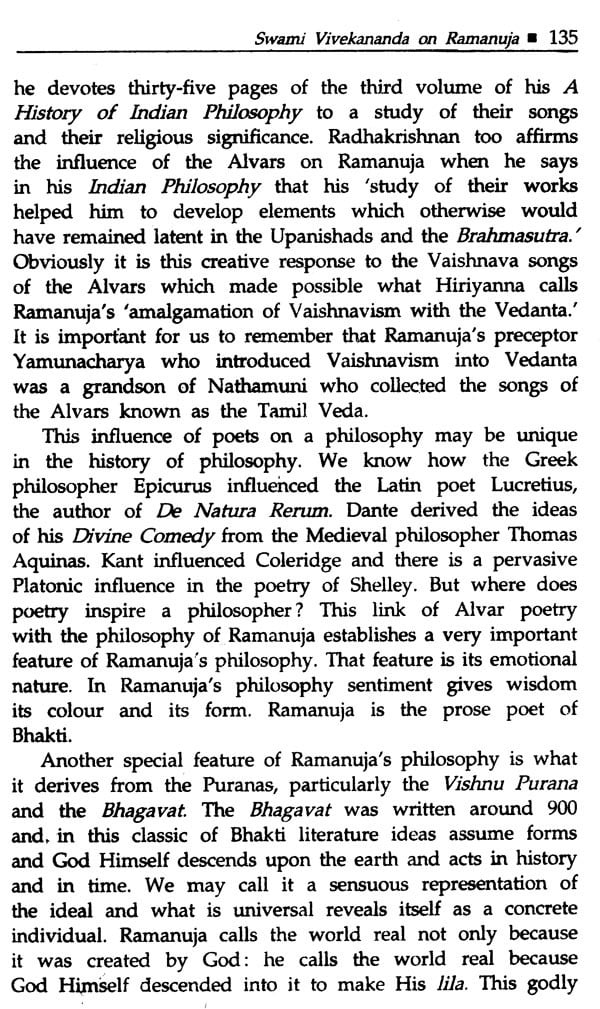 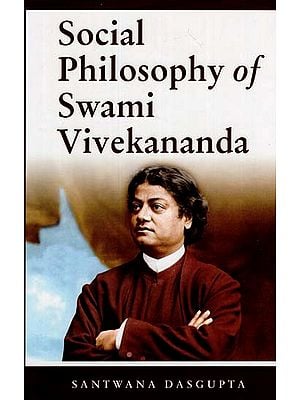 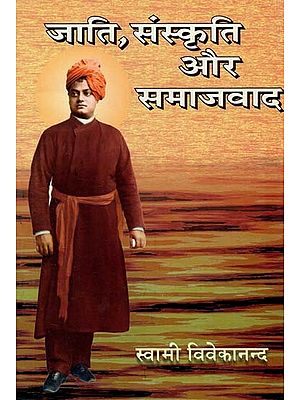 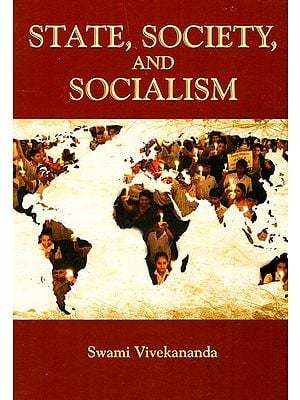 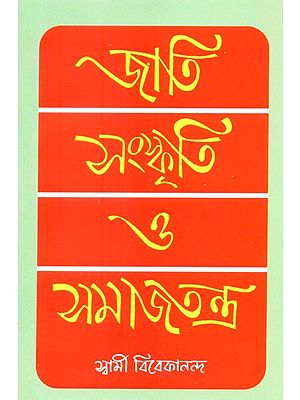