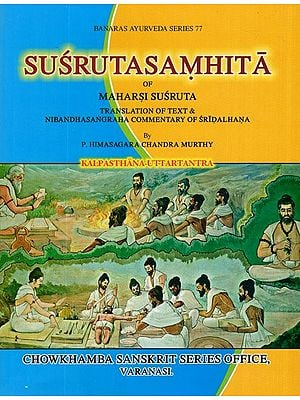 This part of Susrutasmhita contains Kalpasthana and Uttaratantra which make this work unique among such treatises of Ayurveda. It was envisaged in the first chapter of Cikitsasthana, that the information about poisonous affliction, identification of poison and its management would be detailed in Kalpasthana. Kalpa is about preparation of medicines to overcome the toxic effects of poisons. This section is replete with, apart from the information about food adulteration and its management, the static and mobile sources of poisons, their features, the effects caused by their consumption, due to contact, bite and sting of such poisonous creatures along with their effective management. This is essentially a part of taking care of the king and his kin during war fare and form the malafied intentions of the enemies. Highly effective anti toxic formulations in various forms are provided. The first chapter in Kalpasthana exclusively discusses about safeguarding the royal kitchen including deployment of dependable workers and superiors, the diagnosis of adulterated food to identify and discard before it is served and also the management of disorders caused by consuming it by mistake. The remaining chapters are allocated for furnishing the details mentioned above.

Utaratantra is a valuable addition to this treatise. It was stated by the author repeatedly in the previous Sthanas and that he would deal with certain topics diligently in Uttaratantra. To fulfil that pledge, this part of the treatise is composed. Uttaratantra means the later section, this is also considered Uttama-best Since this treatse basically gave much importance to surgical and parasurgical technicalities to manage the resultant disorders of combat, the other aspects of diseases caused by seasonal and behavoural deviations and also different specialities, the composition of Uttartantra had become essential. The author had observed the valuable information in the treatises of Ayurveda composed by his previous stalwarts and wanted his work be fortified with such information. As stated by him, "wherein different diseases will be completely described (in Uttaratantra) such as those mentioned in Salakyatantra of king of Videha, those described clearly as causative factors for the diseases of children, those which are mentioned by great sages in six treaties (Agnivesa etc.) in Kayacikitsa, the diseases caused by affictions of evil spirits and those caused by extrinsic factors. This apart, there will be description of sixty three combination and permutations of Rasa, the taste, hygienic regulations for maintaining good health, Tantrayukti, the techniques of composing a treaties, the Dosa classification by permutation and combination of Dosas and various procedures that help in curing diseases." This shows the broadmindedness of the author which helped him in one place. It was planned in the beginning itself of this great work, revealed by mentioning various chapters of different Sthanas to have Uttartantra also. We find the surgical and parasurgical techniques in this part also wherever necessary.

Nineteen chapters are also allocated for explaining the eye- disease with relavent treatments while two chapters furnish the details of ear diseases, three those of nose and two chapters for head diseases. This section is called Salakyatantra. The paediatrics are discussed in eleven chapters. Twenty one chapters deal with internal medicine, i.e., the details and treatment of fever, diarrohea etc., diseases. Three chapters furnish the details of diseases and management caused by paranormal factors in the name of Bhuatavidya, the demnolgy. The lost four chapters, i.e., from forty third to forty sixth, are called, Tantrabhusana, the decorative ones.

The English translation of Nyayacandrika has not been taken up in the present project due to fear of prolixity. Nibandhasangraha the concise presentation of vast explanatory commentaries as it means, incorporates all the views of other commentators. There appears intimacy with Gayadasa since he is referred to as "Gayi” endearingly and when it comes to Jejjata he mentions as Jejjatacarya in majority contexts.

In the beginning itself Dalhana makes it clear that he belonged to Saurabrahmana clan who were erudite scholars and with the help of the works of Jejjata, Gayadasa, Bhaskara, Madhava and Brahmadeva he had written this Nibandhasangraha.

It is excepted that essence of Susrutasamhita and the Dalohana and commentary reach the innumerable English knowing zealots of Ayurveda of world over by this translation. I humbly submit to the learned to suggest for betterment in further editions.

I have the divine blessing of my parents Vaidyasri, Pavaluri Sesagiri Sarma and Smt. Nagamamba without which I could not have succeeded in this venture. My salutations to my maternal grandmother, Smt. Venkatasubbamma and my eldest brother, Sri Ananta Kamalanabha Sarma for the compassionate inspiration instilled in my early days. This herculian task could be accomplished due to continuous help of my spouse, Padmaja, daughter Dr. Sivapriya, Son-in-law, Dr. Jayakrsna Kulamarva, son, Chayanath and daughter-in-law, Anuradha. I wish them happy, healthy and prosperous future.

I am grateful to Sri Brj Mohan Dasgupta Mahasaya of Chowkhamba Sanskrit Series Office for his encouragement since 2001. Hope this will continue further. 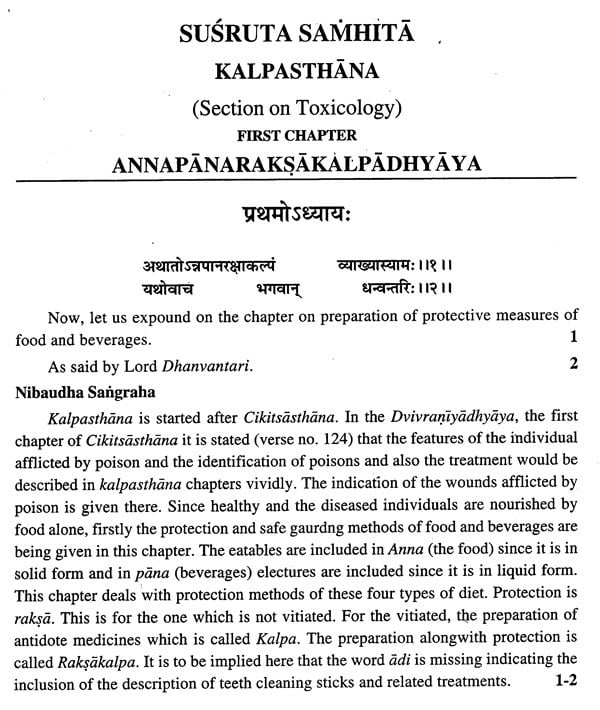 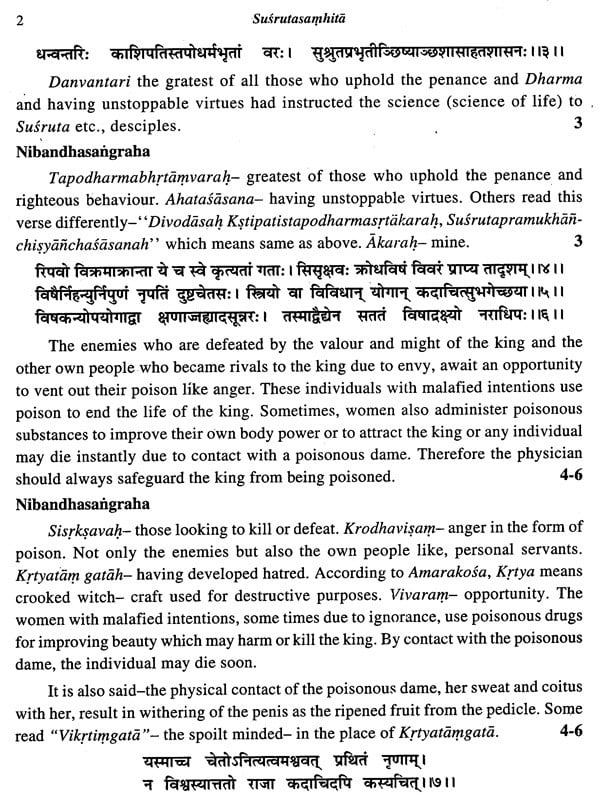 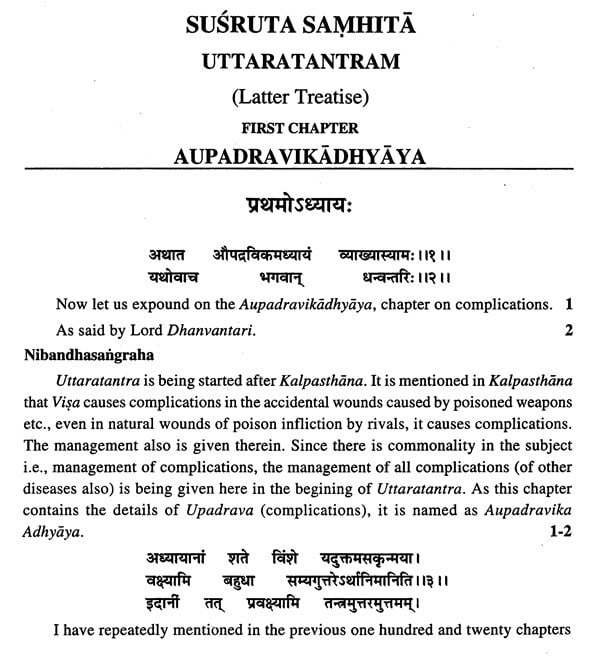 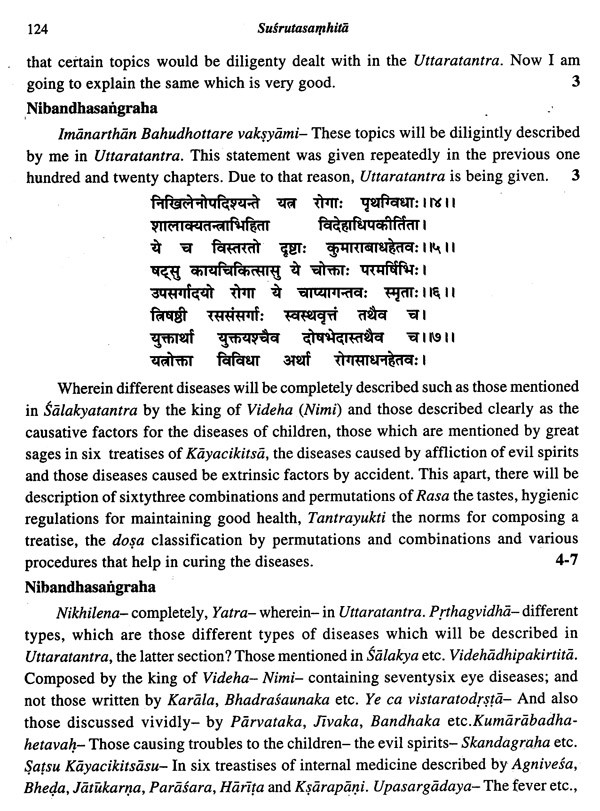 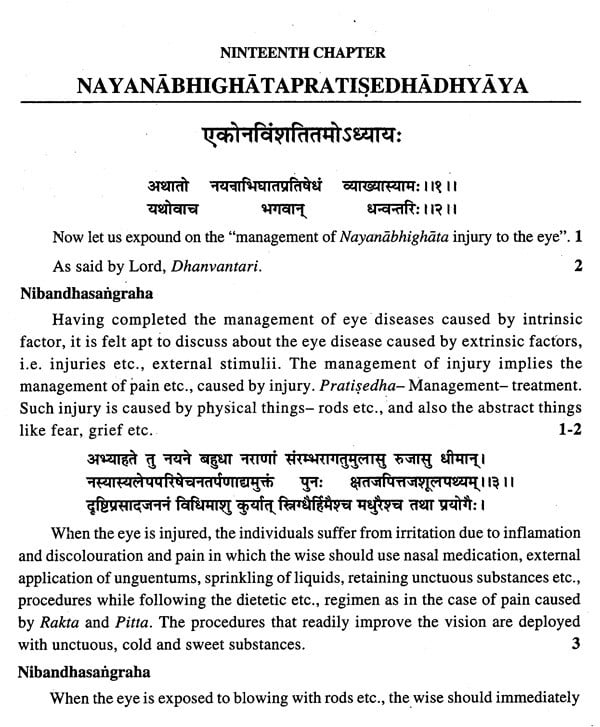 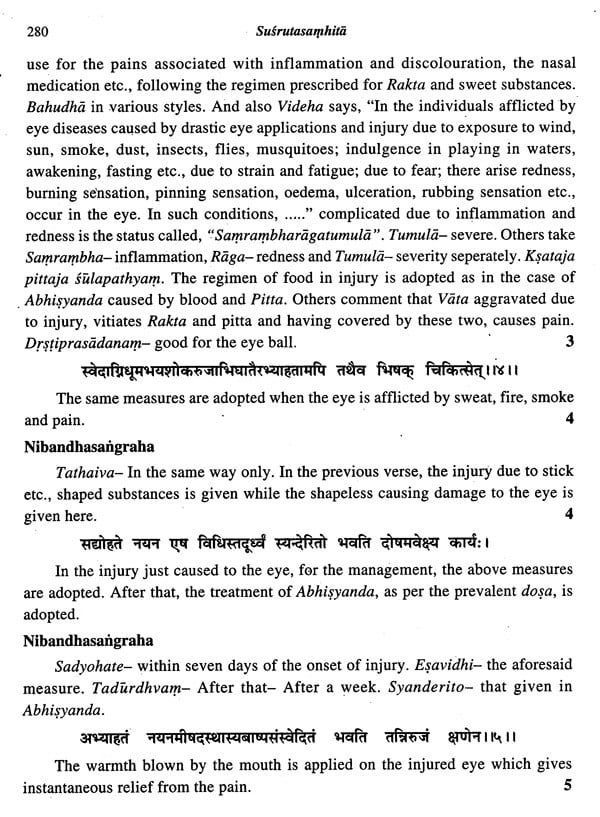 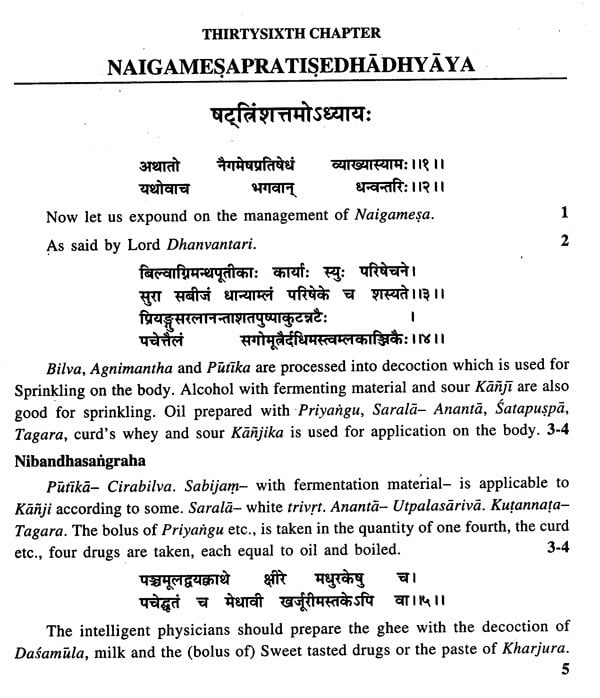 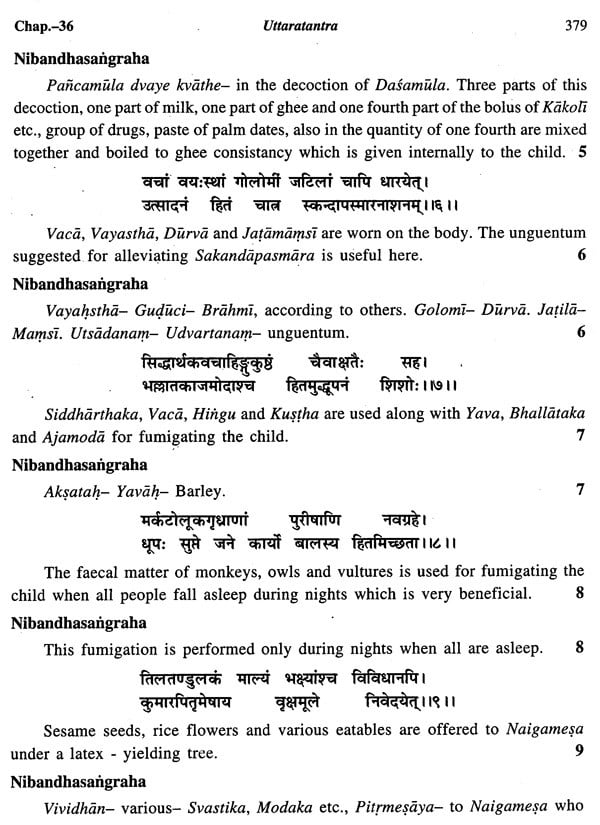 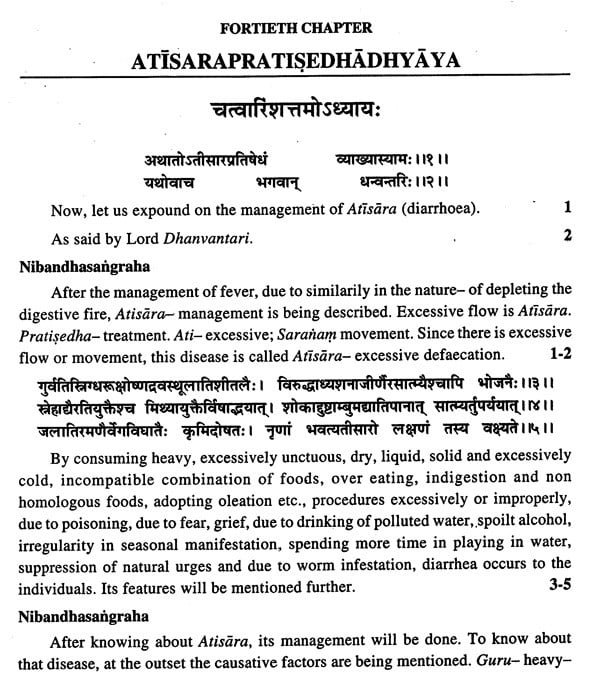 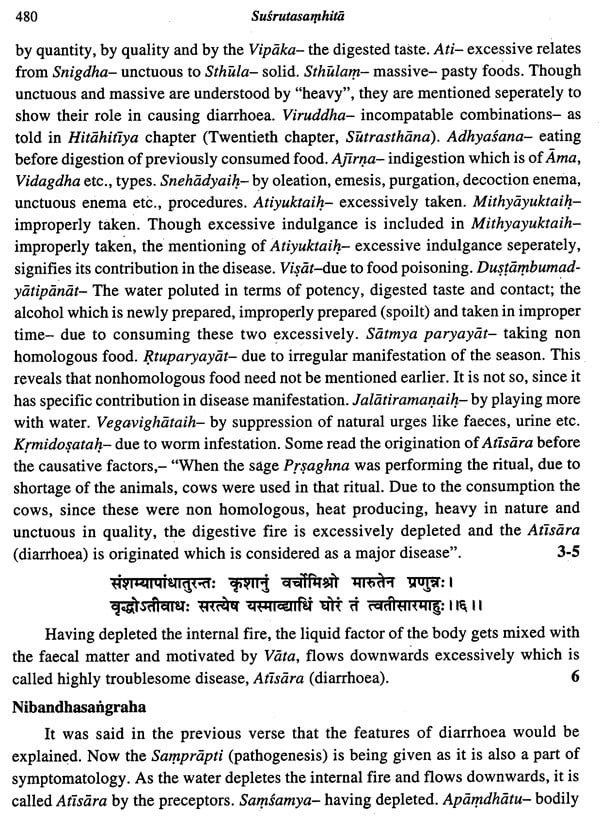 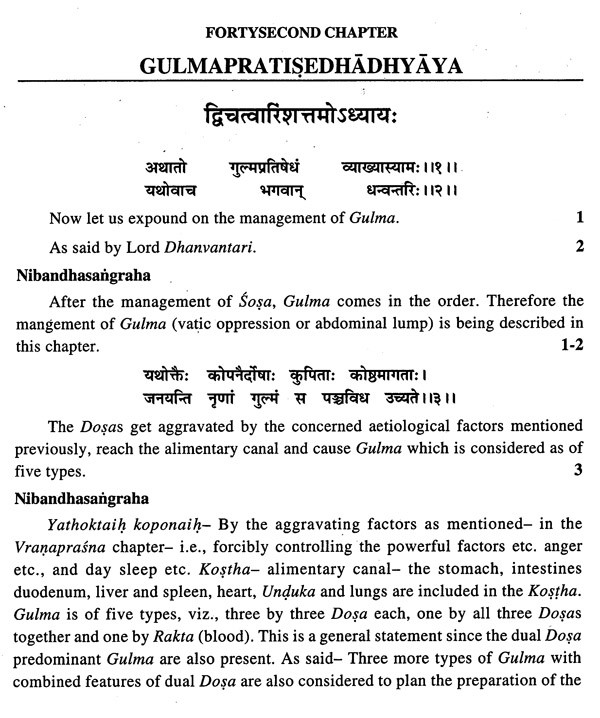 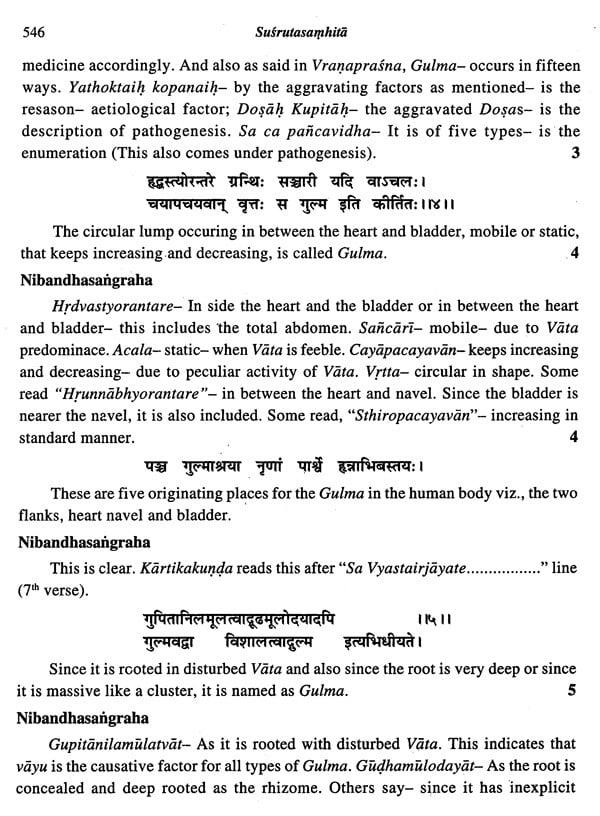 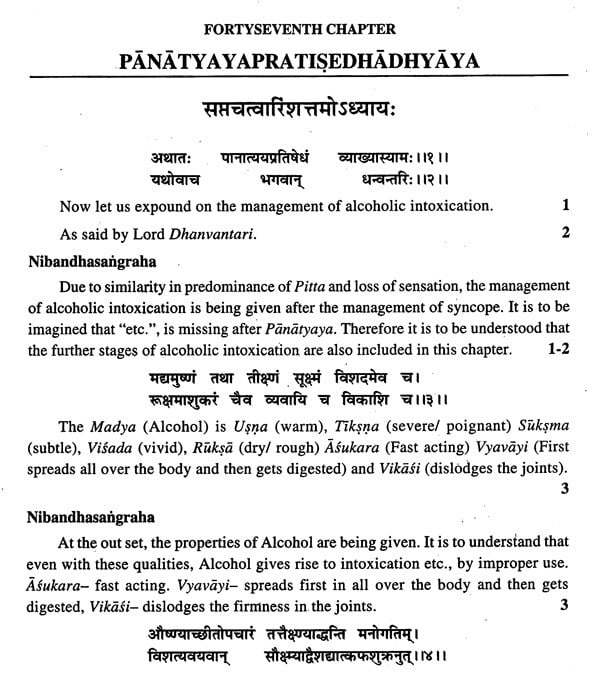 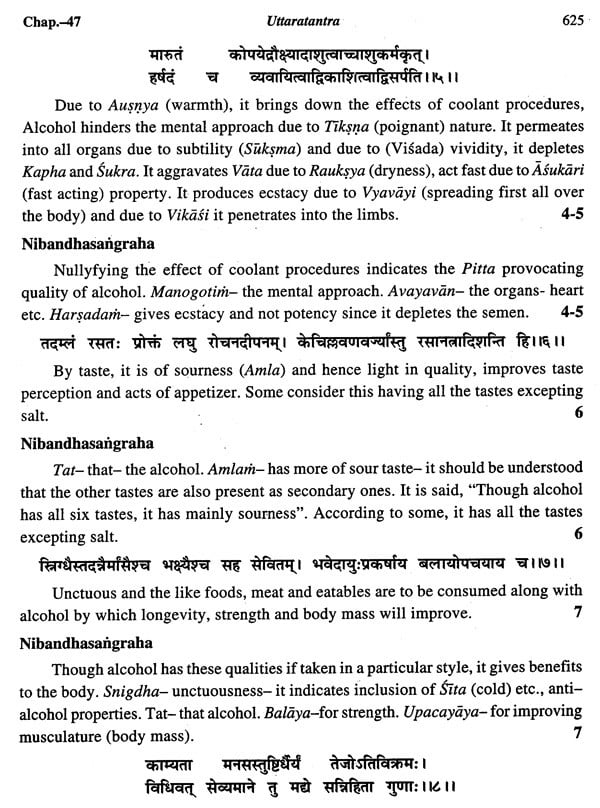 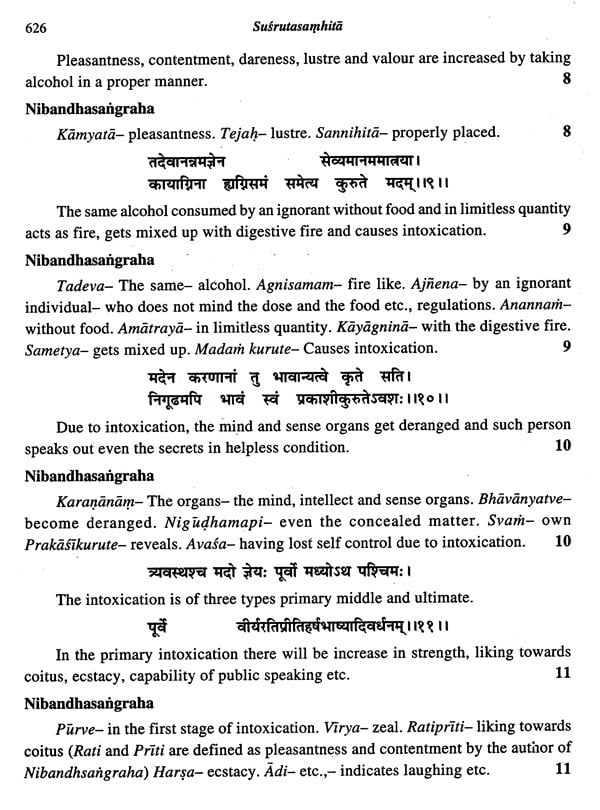 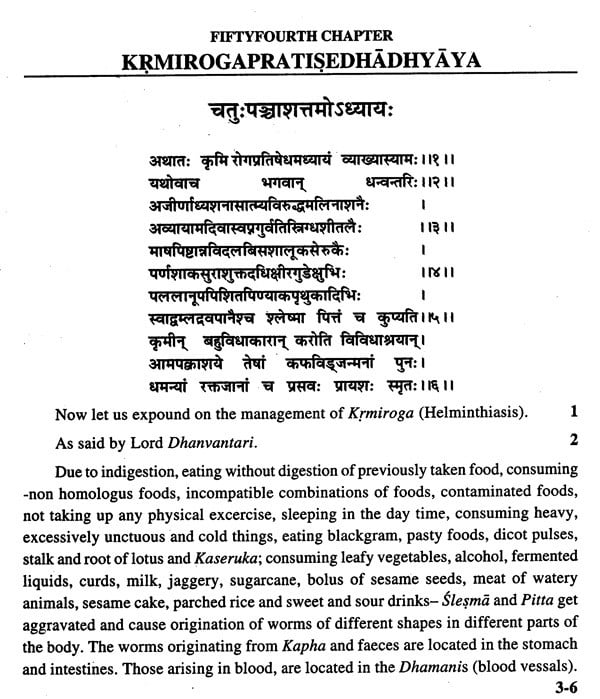 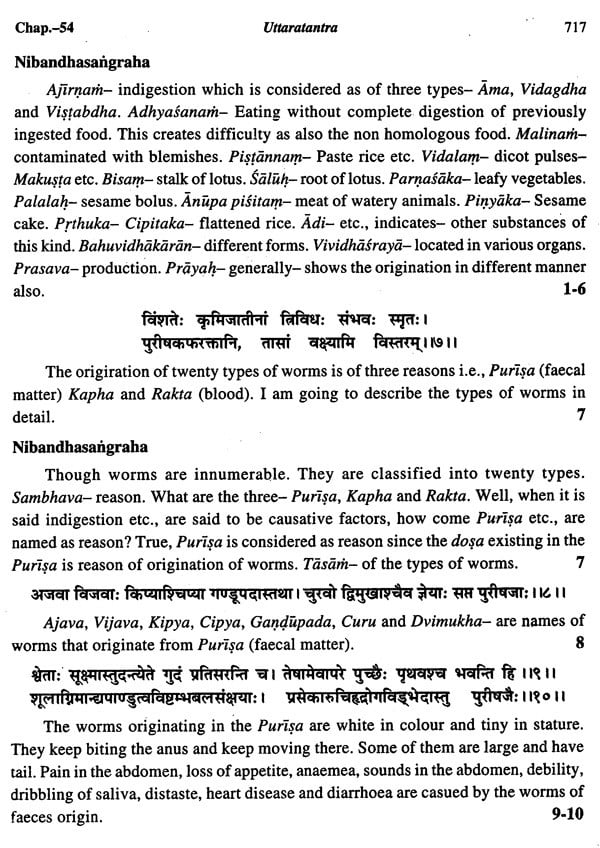 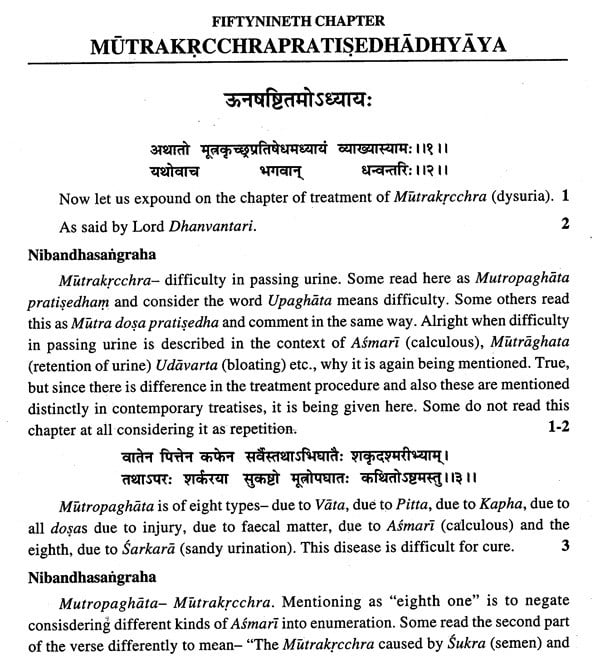 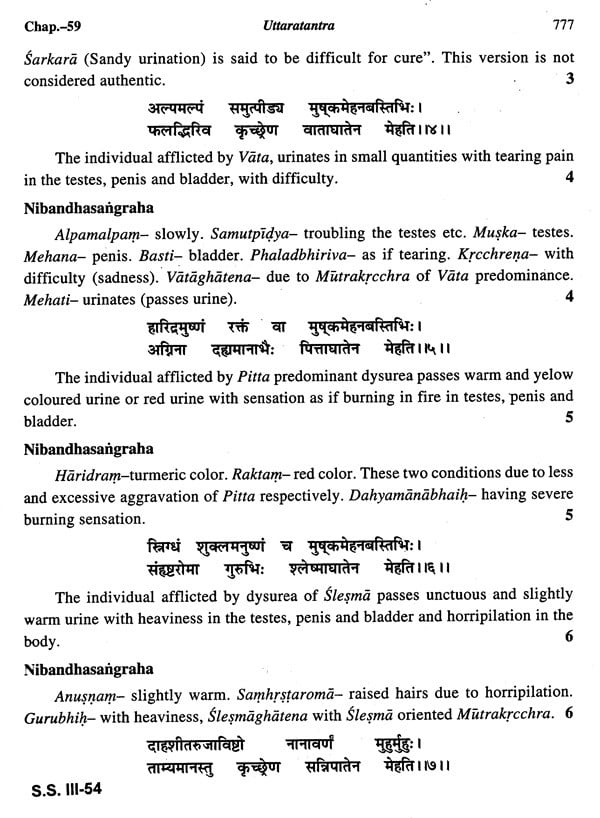