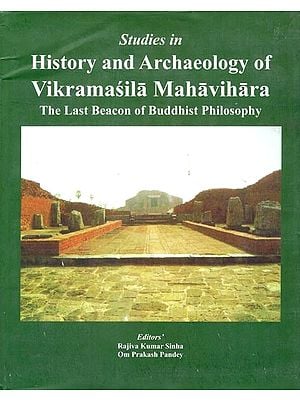 The volume is an humble attempt towards understanding Vikramasila Mahävihara 'the last beacon of Buddhist philosophy'. Founded by Pala King Dharmapala (c. 783-820 (CE) the Mahavihāra is yet to get its due place in the dominant historiographical writings on the early medieval Indian history. Overshadowed by the glory of Nalanda it gained prominence during the early medieval period when the old prestige of the Nalanda gradually devolved on it. In Tibetan legends it holds about the same position of pre eminence as is accorded in Chinese records to the Nalanda.