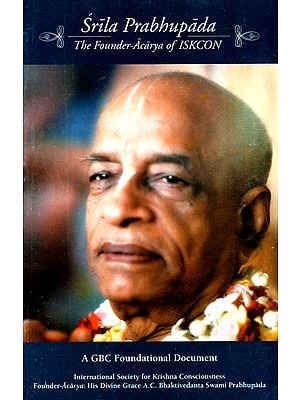 Srila Prabhupada (The Founder-Acarya of ISKCON)

In ISKCON, Prabhupada himself remains present, generation after generation, as the single prominent siksa-guru immanent in the life of each and every ISKCON devotee-a perpetual, indwelling active guiding and directing presence. He is thus the soul of ISKCON.

As such, Srila Prabhupada himself continues to act effectively in this world so long as ISKCON continues as the coherent expression a unified instrument of his will. In this way Srila Prabhuapada remains the soul of ISKCON, and ISKCON his body.

Srila Prabhupada was undoubtedly the personality sent by Sri Caitanya Mahaprabhu to fulfil His prediction: "I have incarnated to inaugurate the sankirtana movement. I will deliver all the fallen souls of this world... In every town and village of the world, the chanting of My Nam Sankirtan Movement will spread." (Caitanya Bhagavata, Antya 4. 120, 126).

To understand Srila Prabhupada’s unique role in Gaudiya perspective, we must journey back in time and gain historical insight of how Caitanya Mahaprabhu’s plan to fulfill His prediction is gradually unfolding.

Upon His return from Gaya, Sri Caitanya Mahaprabhu began His ndma-sankirtana mission. And in distributing ndma prema, "He and His associates did not consider who was a fit candidate and who was not, nor where such distribution should or should not take place. They made no conditions. Wherever they got the opportunity, the members of the Pajica-tattva distributed love of Godhead" (Caitanya Caritdmrita, Adi-lild 7.23).

This flood of nama prema swelled in all directions and continued to benedict this world under the shelter of empowered preachers like the Six Gosvamis, Srinivasa Acarya, Narottam Das Thakur and Syamananda Prabhu.

Unfortunately, after the disappearance of Sri Caitanya Mahaprabhu and these empowered associates of His, a very dark age descended on the world of Gaudiya Vaisnavism. By Kali’s influence, many apasampraddyas, deviant sects, totally eclipsed Caitanya Mahaprabhuw’s pure presentation of Krishna Consciousness with their unscrupulous, materialistic doctrines and practices. And they did that in His name! Soon, His teachings came to be identified with immorality, dogma and anti-social elements. As a result, the cultured and educated people of Indian society developed a deep aversion to Caitanya Mahaprabhu. This dark age continued for almost 250 years.

The work in your hand—or on your screen—is offered to you as one ripened fruit of the intensive, many-branched strategic planning project launched in 2006 by the Governing Body Commission of ISKCON. This ongoing endeavour has brought together many devotees worldwide to engage in systematic planning and development to realize a flourishing future for Srila Prabhupada’s movement. Ultimately, we aim at the empowerment of our entire organization—every one of its members, all its various units, each of its managing and guiding authorities—so that all of them work united in effective cooperation to bring to fruition the desires of Srila Prabhupada and Sri Caitanya Mahaprabhu. From the beginning, everyone understood that one particular element essential to this achievement was, as it was usually put, "to keep Srila Prabhupada in the center."

In this regard, the strategic planning team was acutely aware that the near future would confront ISKCON with a critical challenge: the unavoidable transition to a time when all devotees with direct experience of its Founder-Acdrya are gone. This imminent loss became an additional incentive for the work of the Srila Prabhupada’s Position Committee (SPPC). All its members understood that Srila Prabhupada should be no less a presence to subsequent generations than he has been to the first. (Indeed, some believed, he could be even more.) How to facilitate this? How to foster in all devotees in ISKCON, generation after generation, an ever-increasing awareness of their deep connection with its Founder-Acdrya, so that all encounter him as a living presence in their lives? How will his mission, his teachings, his vision, his determination, his mercy, become one with each and every beating heart?

As a member of the SPPC, I was assigned the task of writing a foundational document for ISKCON devotees on the import of Srila Prabhupada’s position as Founder-Acarya.

Having accepted this assignment, I found myself spending many day sand nights absorbed in thinking, somewhat obsessively, about Srila Prabhupada—about his life and his heritage, about his movement, about myself as a disciple and similarly, my god brothers and sisters. During these days and nights, my mental and emotional states became acutely heightened, and yet suspended from any determinate conclusions. And then, I sat down and, in two or three hours, typed a short statement— no more than three pages—that seemed to come almost of its own accord. It was based on little or no research, and no new finding—simply my own intuitions and "realizations." I refined it somewhat, and, at the next available occasion, presented it to the other members of the strategic planning group.

To my relief, the overwhelmingly positive response assured me at least that I was heading in the right direction. This direction was given a concrete shape by the follow-up instruction. "Great," they said, "so far. Now—write a commentary."

I must note that the general "great" became attended by a entourage of detailed comments—comments requesting, in one place or another, more support, clarification, or elaboration; comments indicating misgivings or areas of confusion; comments proposing other topics for inclusion or investigation, and so on. I took these comments away with me—they turned out to be extremely helpful—and then, after tweaking the short statement, I did as asked, and began to write a commentary.

Consequently, the final product, now at hand, comes in the form of a text with a commentary on the text. The text is given first, by itself. The far longer commentary follows. In this part, the primary text makes its appearance in proper sequence, but is broken into convenient sections. The primary text is printed in boldface, while the following commentary on that section is rendered in regular type.

The primary text itself is simple and quite suitable for a wide audience. The commentary is specifically intended for anyone who is, or who aspires to be, prabhupdda-sisya, a true siksa disciple of Srila Prabhupada. That, indeed, should be the fixed aim of all members of ISKCON, and that, by itself, will bring about fulfillment of the heartfelt desires of Lord Caitanya.

The unexpectedly long and sometimes difficult labor on the commentary brought me an unanticipated benediction: I learned in-depth things that I had previously known only superficially or formally. | began this work knowing Srila Prabhupada was a great disciple, but now I have gained a more thorough and profound knowledge of just how great he is—an awareness, I confess, that continues to grow. What I discovered vastly increased my knowledge of Srila Prabhupada’s achievement and engendered new growth in my love and gratitude toward him. This gift of knowledge has also shown me just how much it is incumbent upon me, as his disciple, to illuminate his greatness by the most sincere testimony, the testimony of my own discipleship.

Moreover, I have been able to see more fully the truly astounding purport of the glorious title he rightly bears, "Founder-Acdérya of the International Society for Krishna Consciousness."

I pray that reading this work will do for you, what writing it has done for me. 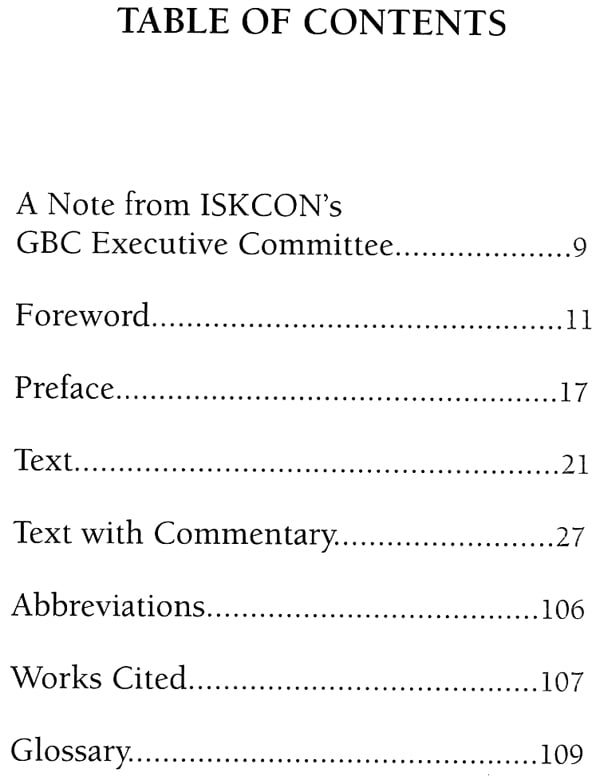 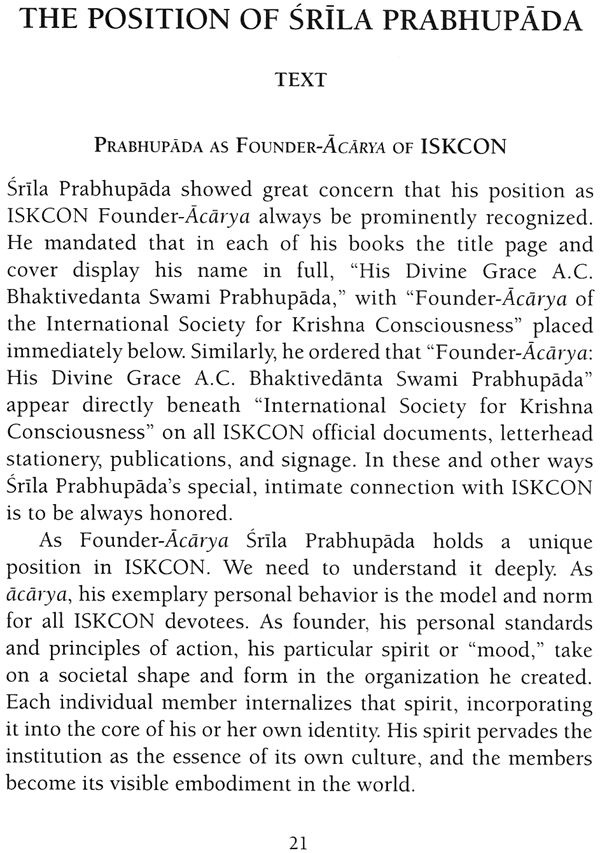 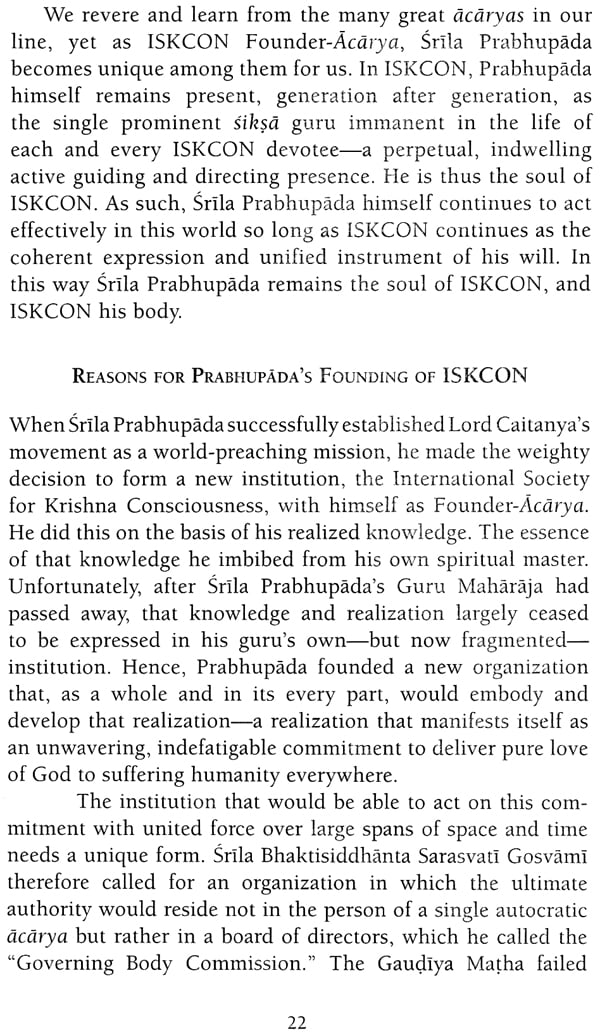 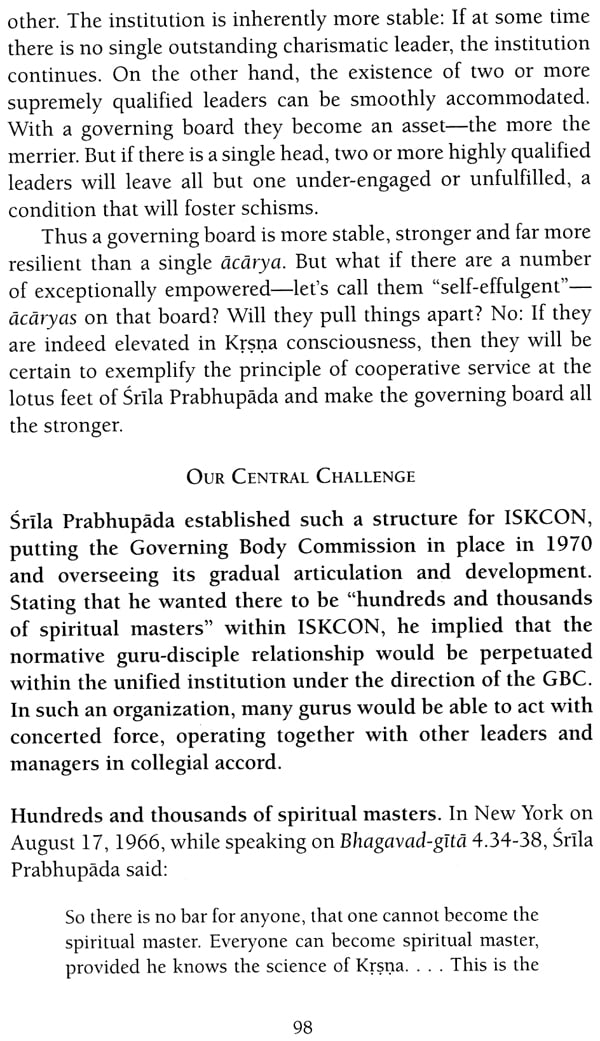 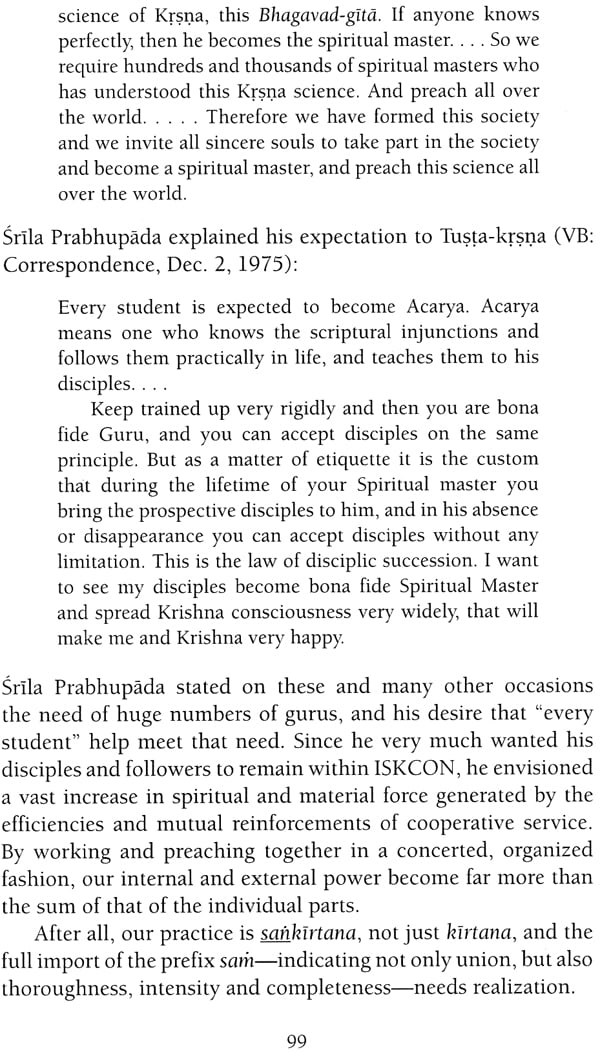 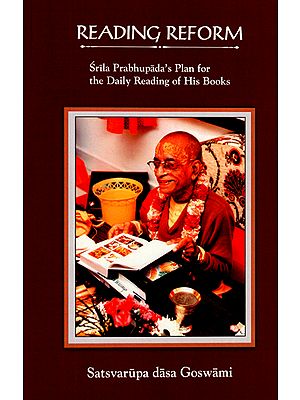 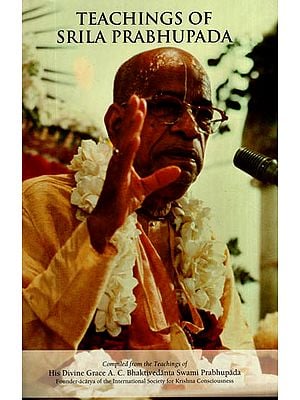 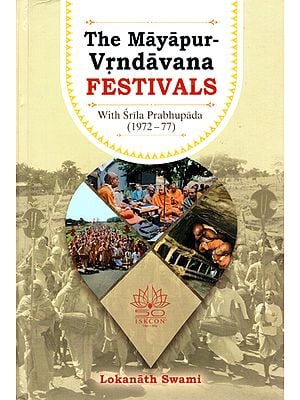 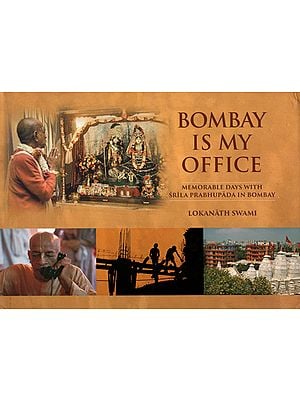 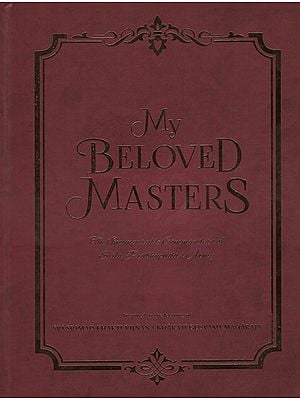 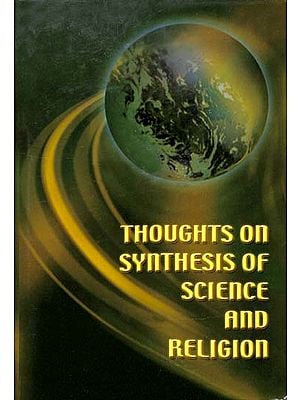 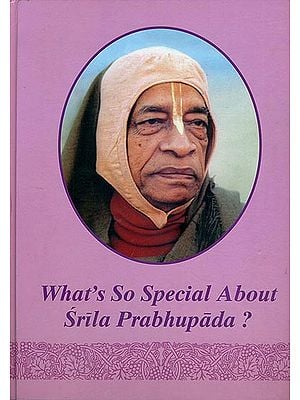 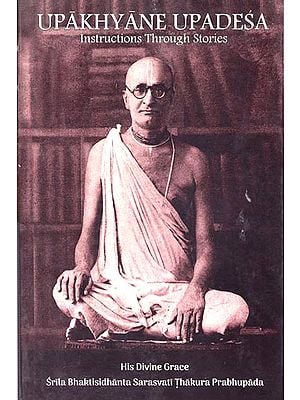