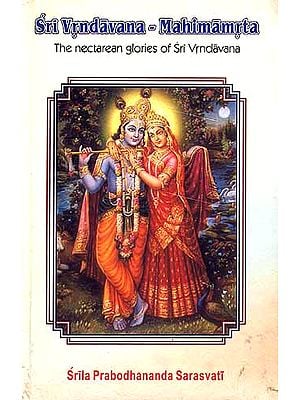 Sri Vrndavana-Mahimamrta: The nectarean glories of Sri Vrndavana ( (With Transliteration and English Translation))

May Sri Radha, the queen of Vrndavana, mercifully glance upon me with her eyes filled with tears of love. May the creeper of her compassion bear fruit and allow me to live forever in her dear land Vrndavana.

This book exclusively glorifies the abode of Vrndavana and its inhabitants. This Vrndavana-mahimamrta of one hundred satakas of one hundred verses each. Out of which twenty-two satakas have been discovered and rest are untraced. Out of twenty-two satakas seventeen satakas have been printed. This present book is the seventeenth satakas. In this book Sri Prabodhananda Sarasvati has preached his intense desire for residing in Vrndavana. In the first three verses he offers his respectful obeisances to Sriman Mahaprabhu. We hope the reader will relish the glories of Vrndavana and make their lives successful.

In his second mangalacarana verse of Sri Hari-bhakti-vilasa, Sri Gopala Bhatta Gosvami, who is one of the Six Gosvami associates of Sri Krsna Caitanyadeva, has mentioned the name of Srila Prabodhananda as very dear to Lord Caitanyadeva and has identified himself as his disciple. In his Dig-darsini commentary on that verse, Srila Sanatana Gosvami has also described Prabodhananda as the spiritual master of Gopala Bhatta.

“Gopala Bhatta, the disciple of Prabodhananda who is very dear to Sri Caitanyadeva, is compiling the book Sri Hari-bhakti-vilasa for the pleasure of Rupa, Sanatana and Raghunatha Dasa.”

In his prayers to the Vaisnavas, Sri Devakinanda Dasa has mentioned the name of Prabodhananda as follows:

“I offer my respectful obeisances to Prabodhananda who carefully described the transcendental qualities of Mahaprabhu.”

In his book Sri Gaura-ganoddesa-dipika (163) Sri Kavi-karnapura Gosvami has stated as follows:

“Tungavidya, who is one of the eight principal gopis of Vraja and who is very expert in all the scriptures, has now appeared as Prabodhananda in order to glorify Sri Gauranga."

Sri Harirama Vyasa, who was a companian of Hita Hari Vamsa, described the qualities of Prabodhananda in his book called Vyasa Vani as follows: “Prabodhananda is not an ordinary poet who described the transcendental pastimes of Radha Krsna. His descriptions of the loving pastimes of the divine young couple are most wonderful. One’s bondage for material existence is certainly destroyed by hearing these pastimes.”

It is found in the book Prema-vilasa by Nityananda dasa that when Mahaprabhu resided at the house of Trimalla Bhatta, who was a Vaisnava from Sri-sampradaya, at Sri Rangam during the four months of Caturmasya the entire Bhatta family became devotees of Radha Krsna by the mercy of Mahaprabhu. It is also stated therein that Mahaprabhu instructed Prabodhananda to send Gopala Bhatta to Vrndavana after the death of his parents. 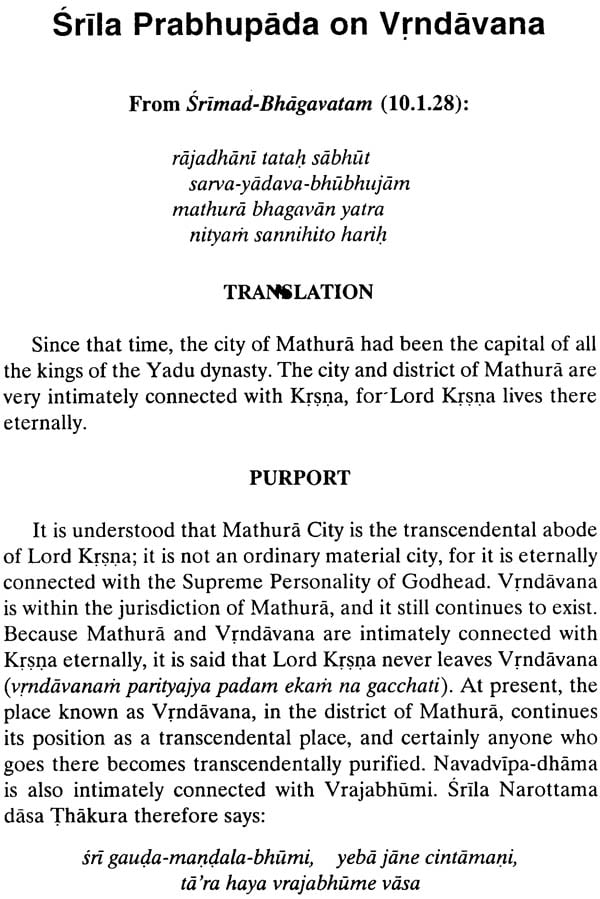 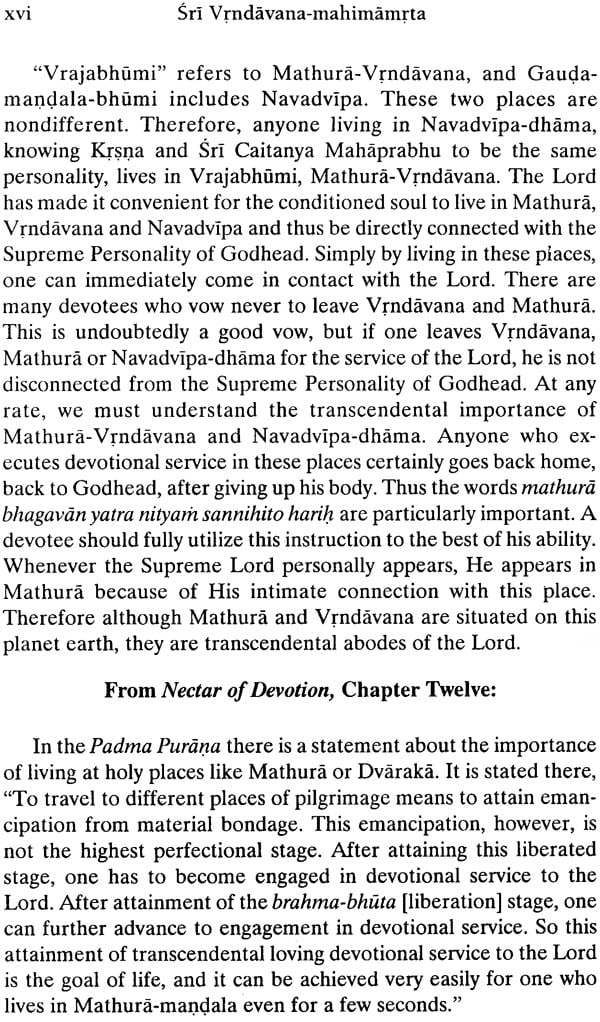 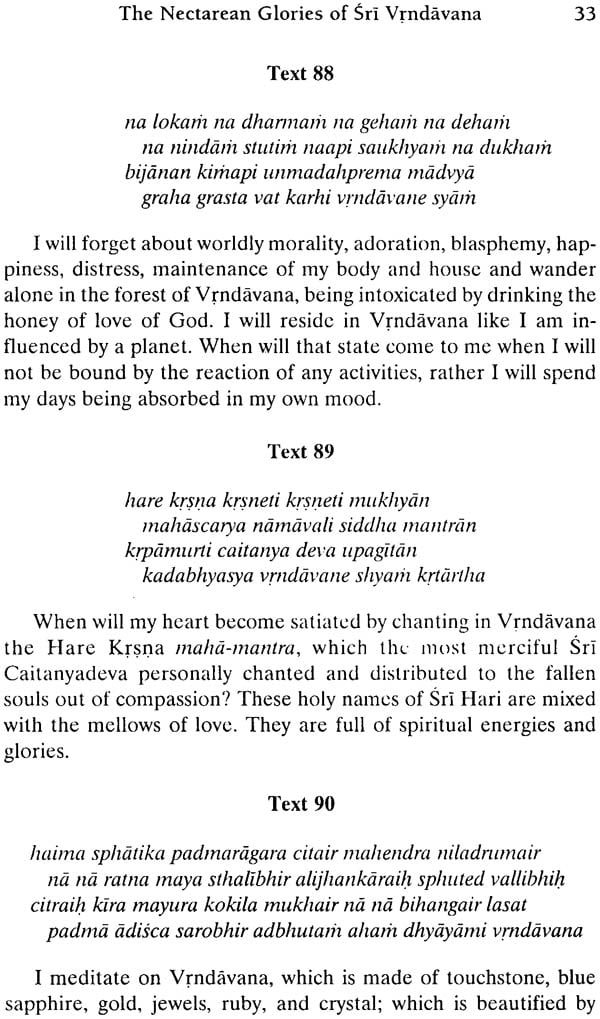 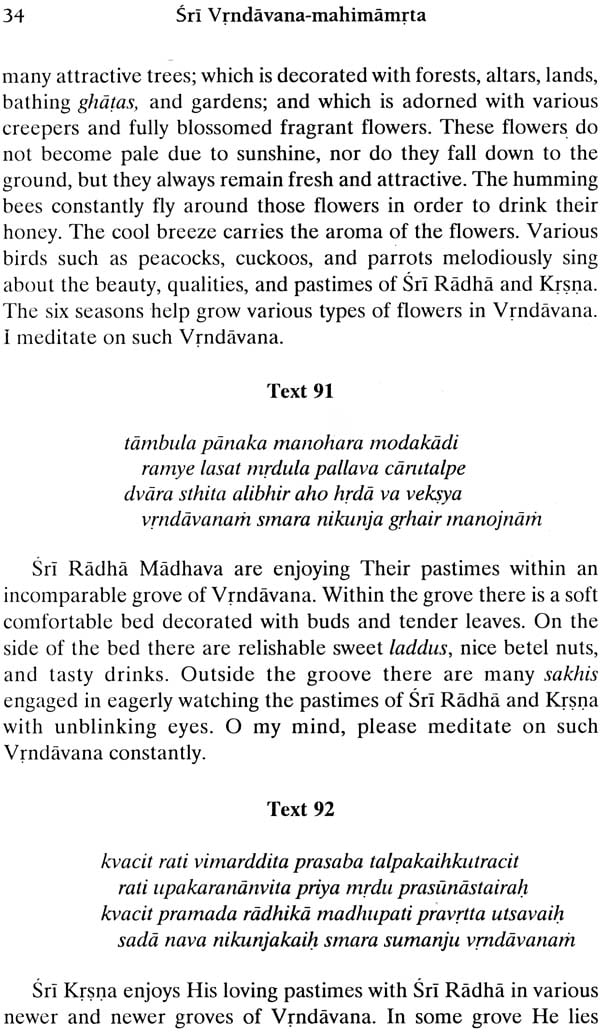