Tantraloka is a magnum opus in the horizon of Indian philosophy. This great work, created by now widely known polymath Acarya a Abhinavaguptapada (10th century A.D), is a compendium of all Tantrika rituals and essence drawn from the light of all pre-treatises on Indian Tantra till the time of the creator. This text consists of thirty seven chapters. It reflects on Tantra from the background of Kashmir Saivism which is known as the monistic philosophy of Pratyabhijnana. Abhinavagupta explains here at length about the ways to worship the Supreme Consciousness in order to attain this state of absolute and liberation in one single life of mankind i.e jivanamukti. This work is before the English speaking world for the first time in a hermeneutic way.

With a great lineage of Pandit Ishwarchnadra Vidyasagar and Pandit Suniti Kmar Chaturjya, Gautam Chatterjee is initiated by Pt. Gopnath Kaviraj, and has been a close associate of hakur Jaidev Singh and PT. Vraj Vallabh Dwivedi in the discipline of Kashmir Saivism. Graduated in Mathematics, Gautam is now the founder president of Abhinavagupta Academy, a centre for consciousness studies in Benaras, developed a lucid way to Yoga practices to enrich tantric tradition of monistic Saivism in Kashi, spirituality and ontologically, and also metaphysically. Author of his oft-quoted book ‘White Shadow of Consciousness’, Shree Gautama teachers in Banaras Hindu University.

Abhinavagupta’s magnum opus ‘ the Tantraloka’ is a great work in the ambience of tantragama treatise. This precept consists of right descriptions of almost all branches of saiva and sakta agama. The right will to translate the entire work into English (direct from Samskrta) is reflected in the mind of Mr. Gautam Chatterjee. As the result, the translation work of the thirty chapters has been completed with illustrious explanatory notes. I pray to Lord Siva, who blesses with his Trisula of powers i.e will, knowledge and action, may accomplish the translations of the entire work. I believe all the scholars of the tantragama will appreciate this work with their blessing.

Situated on the upper portion of the Trisula of Jmanaguru Lord Samkara, Kasi, represents the whole world, so it is quite natural that people form Bengal come here and stay. In such afamily, on 18th August 1963 (Bhadrapada masa), this child was born to enhance the joy of his mother Meera and father Amaresh Chandra Chatterjee, in order to flourish the grace of his lineage as his sun-sign is Leo (simhasthasurya).

Sisyaprajneva bodhasya Karanam guruvakyatah, by such blessing from Pt. Gopinatha Kaviraja and the spiritual mother Rangama blessed and elevated this fortunate. After completing his education in science subjects from Banaras Hindu University. His mother Smt. Meera Devi was initiated (consecrated) by the ascetic Rangama and benefited by the teachings of great sages like Anandamayi Ma, M.M. Gopinath Kaviraja and others.

By the blessings of these great dignities, Gautam’s interest arisen in the spirituality. He mastered himself by the grace of great scholars like Swami Laksmana Joo, Sri Govinda Gopala Mukhopahyaya, Thakur Jaideva Singh and others in the area of literature music art and Pratyabhijnasastra. He interviewed art Stalwarts such as Satyajit Ray, Kumar Gandharva, Kelucharan Mohapatra, Hazari Prasada Dvivedi, Badal Sircar and others and published it with the concerned seminars. He had keen interest in journalism so he enriched the journals Dharmayug, Svatantra Bharat, Rastriya Sahara and the Hindu with his talent, and got great fame.

At present, with Abhinavagupta Academy, busy with the scholarly works regarding Natyasastra and Pratyabhijmasastra, researchers and seminars, Mr. Chatterjee is constantly engaged to accomplish his right resolves. I wish for the success of his zeal.

In the English translation of ‘the Tantraloka’, Mr. Chatterjee has written valuable notes as required by the help of several works with great pain and hard work. His effort in this respect is very much appreciable. I stop myself by saying that this method should be followed in the entire work.

This is our privilege to identify that the great polymath Acarya Abhinavaguptapada himself provides us several codes of references, to interpret correctly, to understand deeply and the congruent methodology of act of reading as ‘reception aesthetics’ as to how to read his work, the magnum opus Tantraloka. In order to understand this particular text, we must have ‘pre-understanding’ in place of ‘pre-occupation’. The text essentially deals with numerous technical words to demystify, and we don’t have its Nighantu (a list of all its technical words used here by the sage Abhinavagupta in Tantraloka is actually the expanded consciousness of the creator.

This is interestingly essential. Our linguistic activity is immanent in our cognitive faculty. We verbalize as we cognize. This shows the way we can taste the transcendental consciousness is in our reach as is already available in the form of our cognitive faculty to re-cognize the Absolute Consciousness, Prakasa. Linguistic or cognitive activity is Vimarsa. We need hermeneutics to understand all this with clarity. To understand the essence of the philosophy of Pratyabhijna, Acarya Abhinavaguptapada introduces his own hermeneutics in the tenth century A.D. His hermeneutics is epistemological and ontological and not philosophical. This we exclusively find in his great work, Tantraloka.

Before delving into his hermeneutics, we must understand these two essential and prime terms, i.e consciousness and hermeneutics.

The first term ‘consciousness’ has now become an umbrella word. Western attitude says, consciousness is extended mind, located somewhere in the brain. It is international and full of content. The content of consciousness is hatred, fear, seeking security, love, compassion etc. So it is always (consciousness) of something. It is not independent of human mind and brain. We can go through the book titled ‘The Conscious Mind : In Search of A Fundamental Theory, by American philosopher David Chalmers. This is an often-quoted book now in this context. Now we can come across what Indian attitude is towards consciousness. Indian attitude says, the consciousness is independent, self – existent and self-luminous. It may use human brain or mind. It is non-international and devoid of content. It has two faces-immanent an transcendent. Immanent is inherent and can be empirical, as language is immanent in our cognitive faculty to re-cognize. The para state of word reveals as vaikhari. This is Vimarsa and not pratyavamarsa of sage Bhartrhari. So we can have an integral approach towards consciousness. 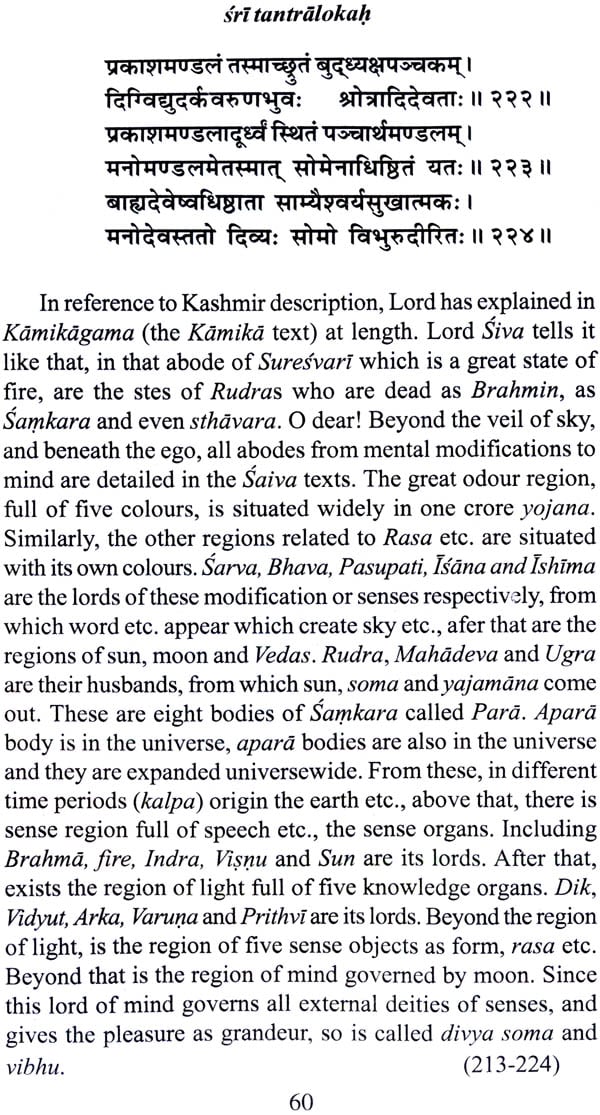 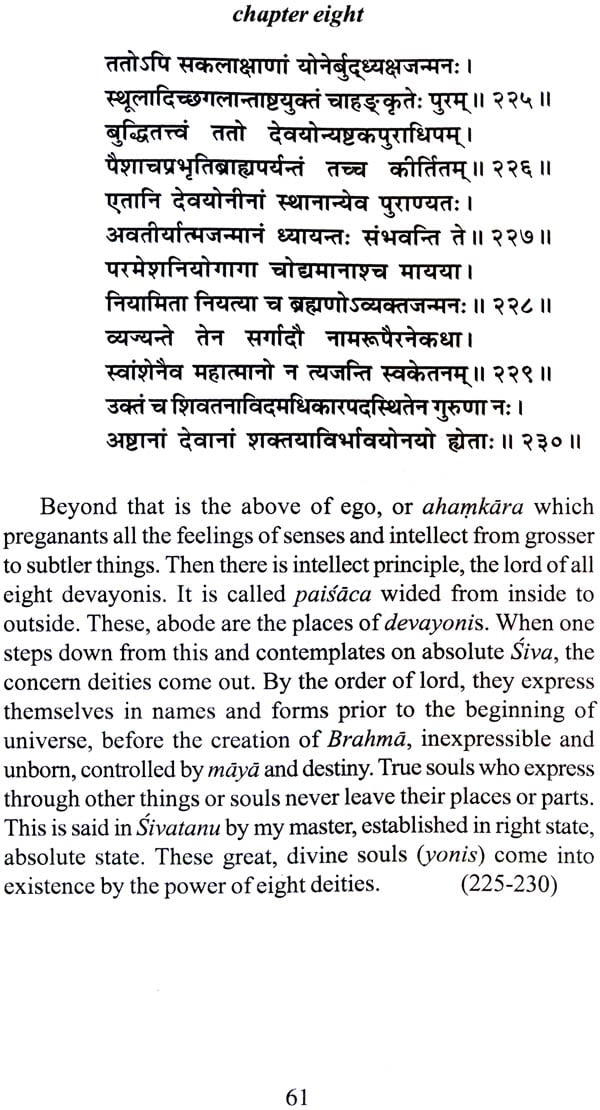