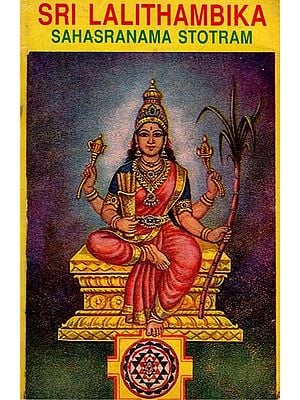 a 1. This Introduction purposes to examine the form and content of the text printed in this book, its historical background and religious setting. A few abbreviations are employed in the ensuing pages. They are at the outset made intelligible: the compressed symbol LS stands for Sri Lalithambika Sahasranama Stotra; VS for Sri Vishnu Sahasranama Stotra; Upd, Upanishad; BG, Bhagavad Gita; DS, Durga Saptasati; N, Nama or Name (s). The editions of VS and LS used here for study are Tapovanam Series 82 & 88 respectively. The LS text of 320 stanzas reproduced here in Devanagari is meant for ceremonious religious recitation. It has three internal divisions: Purvabhaaga, Stotrabhaaga and Uttarabhaaga comprising of 50, 1821/2 and 871/2 stanzas respectively. The first division describes the circumstances in which the hymn proper took shape, and the last one describes the benefits accruing to the worshippers who recite the Stotra in the prescribed manner. The bulk of this book is devoted to presenting, with rendering and notes, the Divine Names in the dative form with salutation suffixed, converting each unit into a holy formula used for meditative worship and religious oblations made to the Divine Mother. The Naamaavali is thus structured for internal and external worship, exercise of devotion and prayer. It is first given in Devanagari and then in romanized transliteration, in order to make it useful to those who are not conversant with Devanagari.

Each name is then trans shaped in English in an explanatory manner. It is not meant to be a philological translation - there are other close translations. The Sanskrit commentary Saubhaagya- bhaaskara has been laid under contribution for presenting the senses and metaphoric implications of the Names. The book closes with Devanagari Index of all the Names and some important components.

a 2. Manuscripts of the LS have been found mostly in the peninsular India. In some of the earliar editions of LS mention is made about its commentaries by Sri Vidyaranya-muni, Vimarsananda- natha, Bhattanarayana and one Sankaracharya. The well-known commentary on this hymn by Bhaaskararaaya-makhim alias Bhaasuraananda Natha, called Saubhaagyabhaaskara, is alone printed. It is said that Bhaaskararaaya was a native of Bijapur and lived probably from 1690 A.D. to 1785. Pilgrimages of this eminent mystic and scholar to the four ends of India, composition of many religious works by him, and his performance of certain miracles are remembered and transmitted by succeeding generations.

The Saubhaagya-bhaaskara has not only supplied us with the etymologies of the N, but also elucidated the setting and allusions, besides giving a wealth of details on the practice, doctrines and benefits of Mother-worship. But for it our understanding of this great psalm would have been much poorer. From the colophon of the LS texts we come to know that the work belongs to the Lalitopaakhyaana which is in the form of a dialogue between Sri Hayagriva and the sage Agastya. Lalitopaakhyaana itself is a section of the latter half of the Brahmanda-purana. According to the Mahabharata, every knowledge has its source in Bhagavan Vishnu and Sri Hayagriva is one of incarnations. LS and Trisati took shape in colloquies between Hayagriva the preceptor and Agastya his disciple. The worship of Sri Lalitambika is therefore called Srividya or Hayagriva-brahmavidya. Agastya stands at the head of this line of worshippers of the Supreme, among whom the important ones according to Puranic tradition are Manu, Chandra, Kubera, Lopaamudra, Manmatha, Agni, Surya, Indra, Skanda, Siva and Durvasas. Some of them are mentioned in LS N 231, 238, 239, 305, 375, 406, 545, and 647.

a 3. Agastya is described as one of the seven great sages of the ,hoary past. He was very small in stature but possessed stupendous powers and in him unparalleled austerities were combined with vast and profound learning . 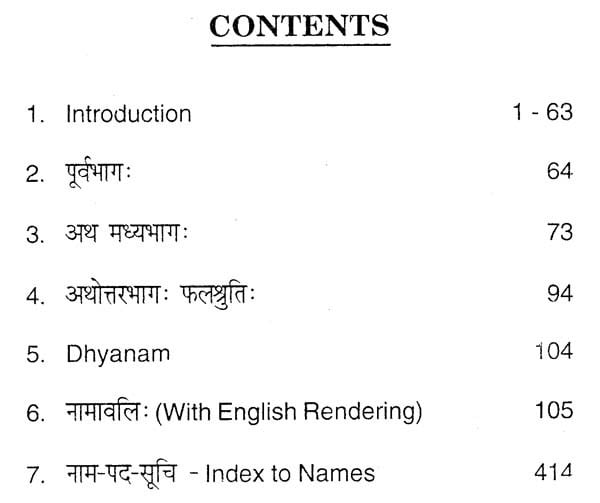 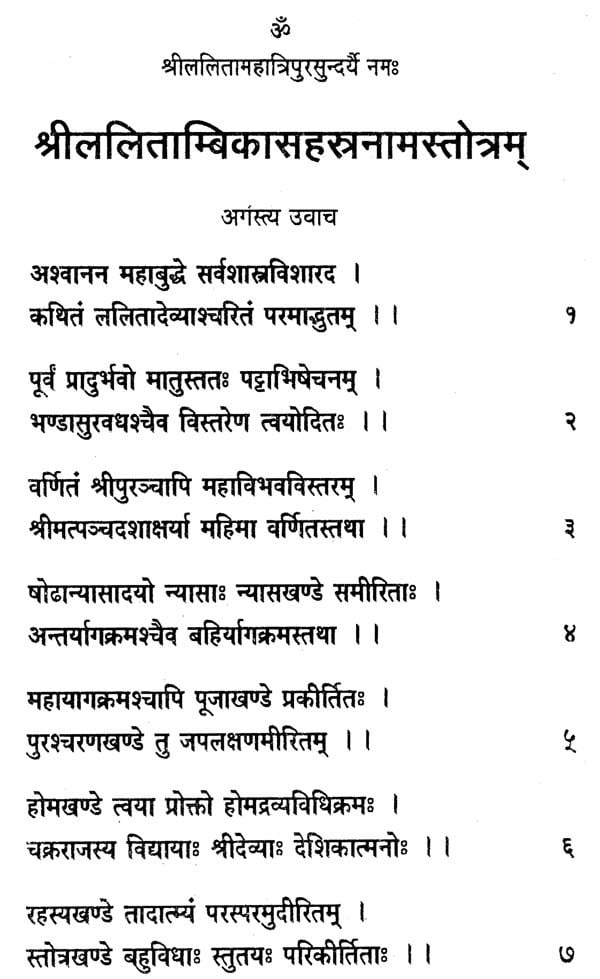 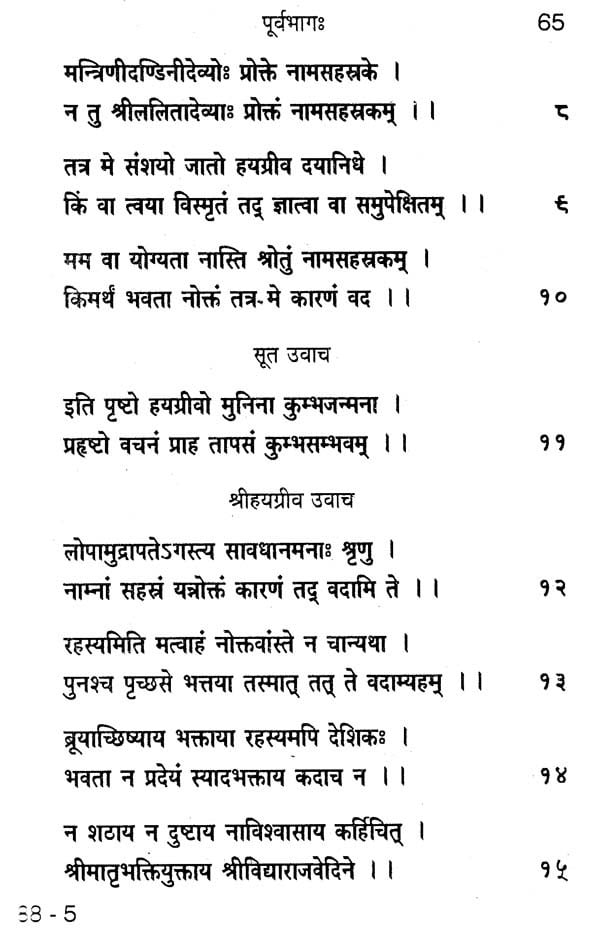 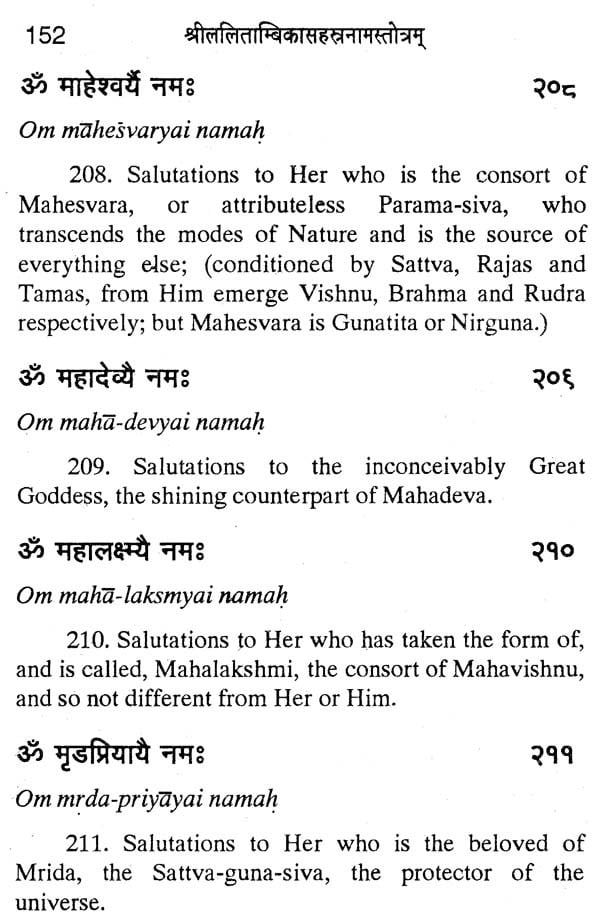 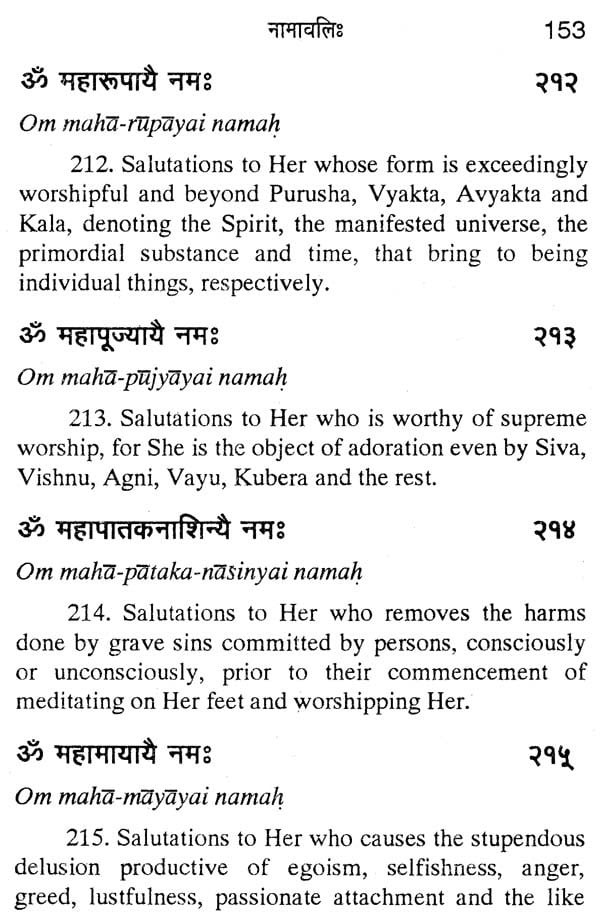 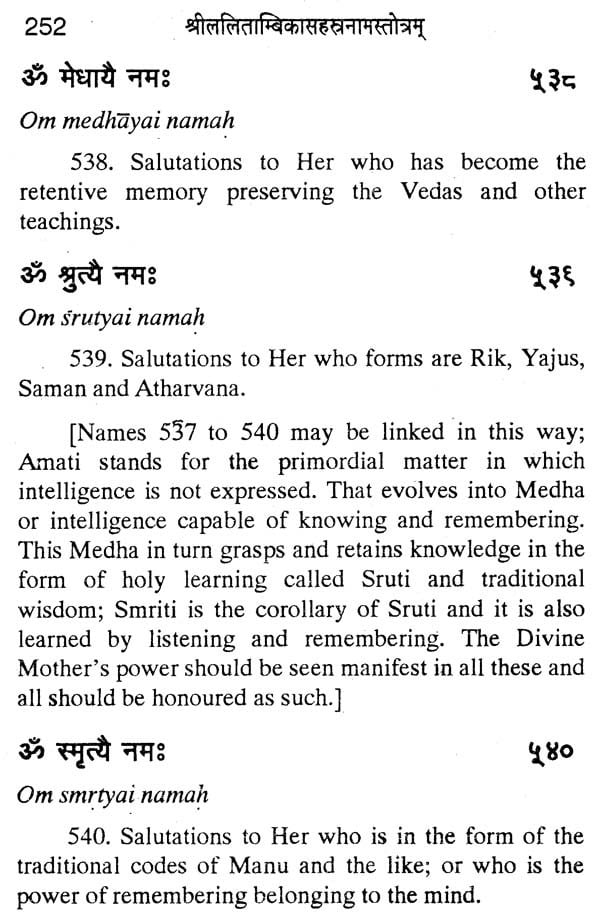 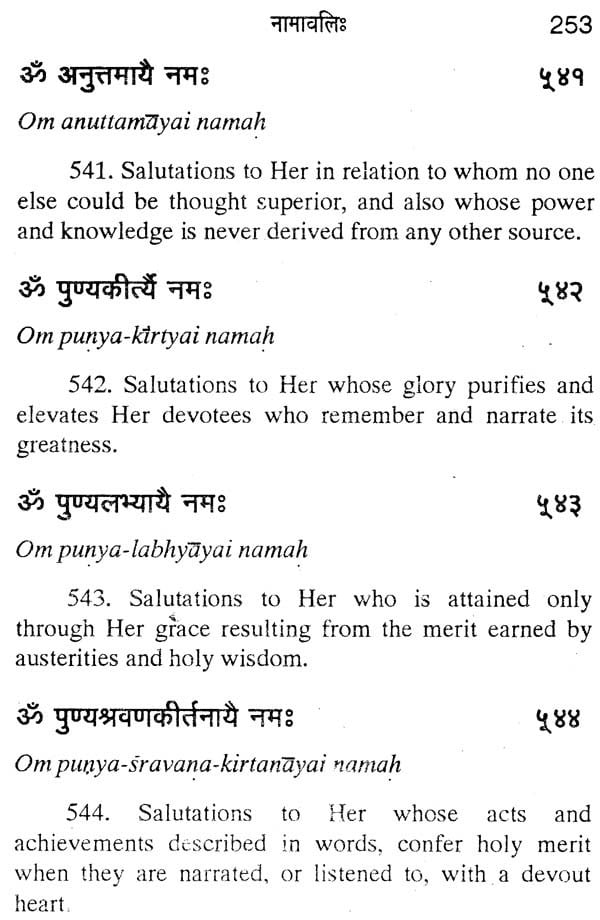 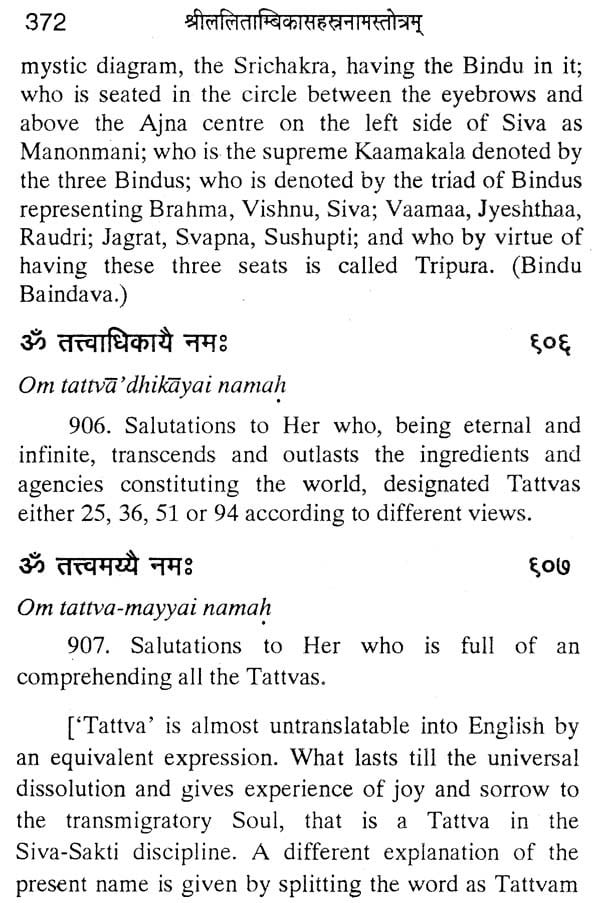 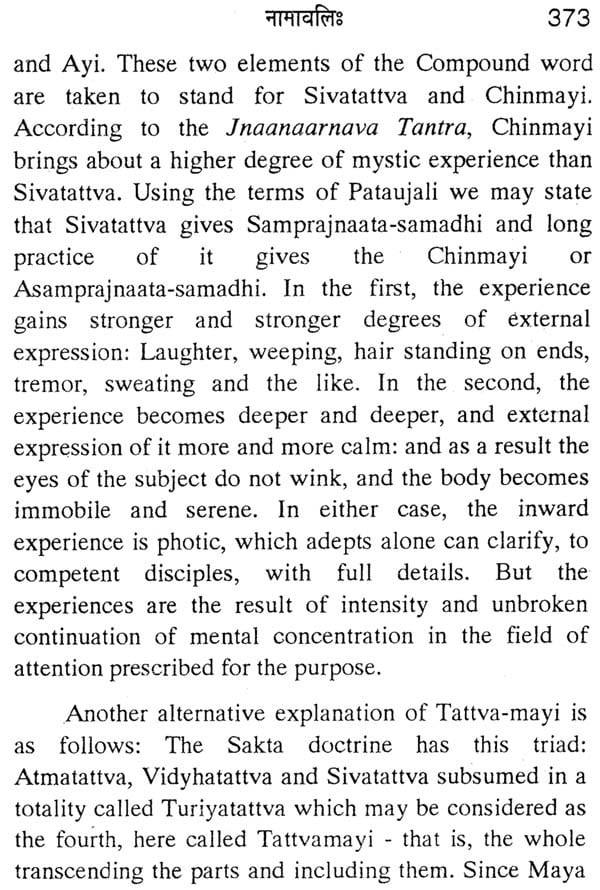