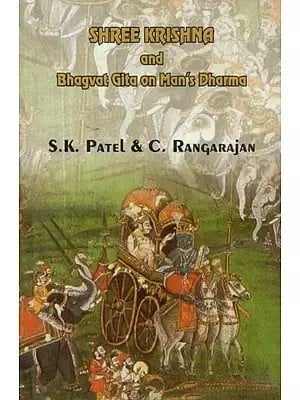 FREE Delivery
$28.80
$36
(20% off)
A commentary on the Bhagavat Gita from the view point of Science and Secularism
Quantity
Usually ships in 3 days
Notify me when this item is available
About The Book

There are many commentaries on Gita but none has explained the scientific doctrines on which Gita is based. The doctrines are fully vindicated by Physics, Biology and Psychology. This book is not simply a translation of Gita but is a commentary incorporating the doctrines explaining how they compose and work in human psyche and body. It clearly states the Socio-Economic and political principles laid down by scriptures as interpreted by Bhagavan Shree Krishna. Three introduction chapters lay the base of Gita and the rest is a concise commentary on and translation of Gita.

Sri Shanabhai Khusalbhai Patel is a retired Lawyer from High Court of Bombay stays in USA and spends his retired life by writing books on Hindu Religion and Astrology. He was born on 1917 in a small village Napad in Kheda District of Gujarat State, India. On 1925 he was initiated by his grandfather a great yogi Swami Muktananda. When he was studying at Benaras Hindu University he used to attend the Gita lectures on every Sunday given by the then Chancellor Pandit Shree Madanmohan Malaviya. Since then he was interested in studying and interpreting the Hindu Scriptures. After coming to USA on 1987 he couldn't continue his Law practice, as he did not have a law degree from USA. Under this condition he decided to write on various subjects of Religions. He is also a sincere devotee of Sri Shirdi Sai Baba. His other works are : Raaj yoga; Vibrating World Stuff; Who is Jesus on NT A Freedom Fighter Jew or a Mythical Edeemer of Non-jews?; Biography of Sai Baba of Shirdi; Tantra Yoga of Gita (Writing in progress); Physics of Hindu Cosmology and Hindu Gods and Goddesses (Writing in progress)
G. Rangarajan is an Adjunct Faculty of Sanskrit in the Division of World Language Education at University of South Florida, Tampa, Florida; USA. He is also the author of a grammar book Word Formation in Sanskrit: With reference to Taddhita Formation.

We are making a beginning to study, understand and grasp the Dharma practiced by Shree Krishna and taught by him in Gita. Its importance in every aspect of life from birth to salvation has never been doubted by any Hindu. Sire of the universe himself has sung this divine song. It is a treatise teaching you the ways and means to reach the pinnacle of perfection. To attempt to write even few words about such a master scripture for a worldly man like me is almost an ego toppling into arrogance and yet as a devout devotee I am unable to refrain from offering one more lily with love in addition to many already offered by Saints, Sages and Savants.
Age of Gita: Gita forms Chapters XXIII to XL of Bhishma Parva of Mahaabhaarat. The experts have tentatively fixed the time of Mahaabhaarat to be some where about 3300 BC. So Gita must be of equal age if not earlier.
Officially Gita is an Upanishad. Its validity is equal to Upanishads and Brahma Sutra: Three are collectively called Prasthaan Trayi.
Aim and object of Krishna and Gita
In Gita Krishna speaks 620 Shlokas: Arjuna 75 and Dhritraashtra only one. Till the end of 11th couplet of 2nd chapter Gita poses the questions of life one faces while living and the rest is an answer how and in what spirit and frame of mind an individual and society should act and react with each other in consonance with the constitution of beings, Ishvar, universe and their source and how to reach the source. Krishna and Gita favor full freedom of action for the individual in all matters of living life as is consistent with the constitution of his Being and with the peace, prosperity and stability of society.
Treating it to be a purely religious treatise and equating religion with Dharma, youths and house holders dismiss it for study and its practice after retirement. Is it really meant for an old age? Can an old age allow anyone to do anything with zest and zeal of a youth till the onset of an old age? The difficulties and disabilities of the old age are too well known needing no enumeration. So it cannot be for an old age only: Incarnate Bhagawaan Krishna who bustled with activity would not advise Gita for the fag end of life when body functions with pain and sufferings. No, It is not. Reasons are many. Most important is that it is a treatise teaching you to dance on the world stage for lives till emancipation with Joy and laughter. Look at the setting where it is preached. It is sung on a battlefield where two giant armies of India opposed each other in an all out war: where a Paandu army almost half in strength of the opponent but united was engaged in a Dharmic war against a mighty but hired army of wicked and Adhaarmic Kauravas. It should be specially noted that the principal warriors of both the sides were related to one other by blood or marriage and it was also certain that war will not come to end till all warriors of both the sides were killed. It is a dialogue where one of the principal fighter refuses to fight just when the armies were ready to use the wielded weapons: Gita is dialogue between Vishnu- Incarnate Krishna and Arjuna refusing to fight a just war after inviting it and for which he was yearning till then. It is an advice to the ruling and warrior class to fight the criminals of the society even if they be dear and near relatives or persons worthy of respect. It is also an advice to take what is rightfully yours by all means allowed by the society in which you live. It is an advice that Criminals against property, life and women must be rooted out and not prison-celled. This is an absolute necessity to maintain the integrity and peace of the society: No nation can survive for long in peace, health and wealth if criminals against property, life and women are allowed to roam, thrive and live luxuriously within or without the prison walls. It is not a wise state policy to punish the peaceful and law abiding citizens by burdening them with the maintenance of the heinous criminals. Such a nation is bound to perish sooner or later. 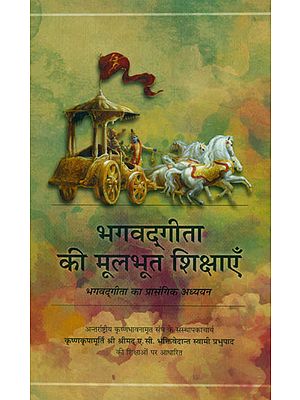 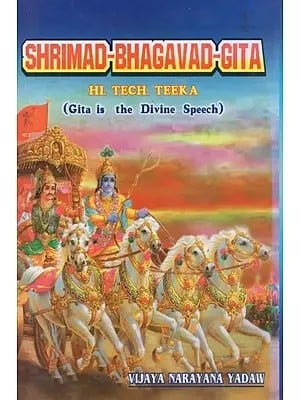 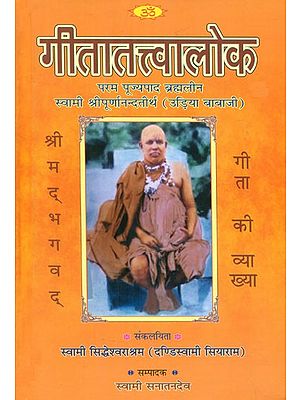