In February 2009, Swami Niranjanananda Saraswati gave a unique series of satsangs,telling the stories of Shiva. This, however, was no ordinary storytelling. Held at the precincts of the ancient temple of Baidyanatheshwar Shankarbag, the program became the medium of a special awakening. Everyone present felt the unfoldment of Shiva consciousness at their own level.

Shiva Charitra ? Narratives of Shiva is a compilation of these satsangs. Covering a wide range of topics, including creation, pashupata tantra, the Shiva-Shakti principle, the philosophy of bhakti,the significance of the Shivalingam, Swami Niranjan explains the symbologies inherent in the stories of Shiva. Whether one ponders over the deeper meanings, or simply delights in the Lila, the cosmic sport, of the divine, the grace of Shiva and guru is undoubtedly experienced across the pages.

Swami Niranjanananda was born in Rajnandgaon (Chhattisgarh) in 1960. Guided from birth by his guru, Swami Satyananda Saraswati, he came at the age of four to live with him at the Bihar School of Yoga in Munger where he received training in yogic and spiritual sciences through yoga nidra. In 1971 he was initiated into Dashnami sannyasa, and thereafter for eleven years he lived overseas, mastering skills in varied areas, acquiring an understanding of different cultures and helping establish Satyananda Yoga ashrams and centres in Europe, Australia, North and South America.

At the behest of his guru, he returned to India in 1983 to guide the activities of Bihar School of Yoga, Sivananda Math and the Yoga Research Foundation at Ganga Darshan. In 1990 he was initiated as a paramahamsa sannyasin and in 1995 anointed spiritual preceptor in succession to Swami Satyananda Saraswati. He established Bihar Yoga Bharati, the first university of yoga, in 1994 and the Yoga Publications Trust in 2000 in Munger. He also initiated a children's yoga movement, Bal Yoga Mitra Mandai, in 1995. In addition to steering the activities at Munger, he travelled extensively to guide seekers around the world till 2009, when he received the command to embark on a new phase of sannyasa life.

In 2008, the children of Bal Yoga Mitra Mandal, Children's Yoga Fellowship, a yoga movement of children established by Swami Niranjanananda Saraswati, approached Swamiji and asked him to tell the stories of Shiva. Swamiji assured them that he would do so. Accordingly, from 14th to 19th February 2009, Swamiji conducted a unique program in Munger consisting of discourses on Shiva and worship of Shiva, one of the most prominent figures of Indian culture, philosophy and history.

Held at Baidyanath Shankarbag, an ancient temple dedicated to Shiva, adjacent to the old ashram where the Bihar School of Yoga first came into being, it was an ideal location for invoking the 'auspicious one'. The satsangs were held in Hindi; however, devotees and guests from allover the world sat transfixed through the program, as if transported to another realm. This was no ordinary storytelling; every word that Swamiji spoke became a mantra, radiating a power that lifted everyone present out of their ordinary selves, irrespective of whether or not they understood the meaning.

All through the satsangs, an extraordinary brilliance seemed to emanate from Swamiji, as if Shiva himself had come to reside in him. Interspersed with powerful chants from ancient texts, rituals of Shiva worship, joyous kirtans and short enactments of Shiva's life by children, each session was a vibrant invocation of the Shiva tattwa. Shiva no longer remained an idea, but became an experiential truth for every participant.

Titled Shiva Charitra, 'Narratives of Shiva', the satsangs distilled the essence of Shiva Purana, one of the eighteen major Puranas of Indian literature. The word purana means 'once upon a time'. Often interpreted as mythology, the Puranas are actually documented history of the earliest days of creation, sometimes written in coded language, sometimes in stories and parables.

The facts stated in the Puranas are now being corroborated by modern science. Swamiji talks about the Big Bang theory clearly referred to in the Puranas, saying: "When this fact of science is compared with the events described in our itihasa or history and the Puranas, we come to realize that what is written in the Puranas is true. They are not flights of imagination from somebody's fertile mind. Scientific truths, the eternal truths, have been inscribed in the Puranas. If you think that the scriptures contain random speculation, you should revise your opinion."

Narration of stories from ancient texts and scriptures is an enduring tradition of India, and is known as katha. Specialized kathakars, storytellers, who may be householders or sannyasins, travel from place to place conducting days of storytelling in which the young and the old alike participate. Swamiji's satsangs were based along the lines of this tradition, but conducted in his distinct style. His approach was deeply yogic and spiritual.

Swamiji's central question was: 'Who is Shiva?' Is he to be accepted just as a Godhead or can we really access him? For an answer to this question, said Swamiji, we have to look at the basis of creation. The universe with its galaxies, stars and planets is constantly expanding. This is the literal meaning of Brahman, the term used for the ultimate reality or Shiva. If we apply this concept to the past, it means that the creation began at some point of time and since then it has been expanding continuously. The question therefore arises, 'What was there in the beginning?' Swamiji says, "It is said that before creation there was neither sat, existence, nor asat, non-existence; there was no sky, no space, no infinite expanse of water. Were they hidden somewhere? Who could have hidden them? Who was the creator? Is there a creator, or is there not a creator?"

The answer follows, "There was total darkness in all the directions and in that darkness there was only the one existent reality, Tatsat Brahman, and there was nothing else beside that. In the Shaiva agamas, the tantric scriptures of Shiva, that existent reality has been called Paramshiva. This reality is immanent in creation; is responsible for creation, preservation and dissolution, yet is not bound by it. Paramshiva is the eternal witness or drashta of this play of creation.

After detailing the different events related to the evolution of creation, Swamiji says, "The word 'Shiva' points towards both Shiva and Shakti, and it is the most benevolent and auspicious element in creation. Shiva is jnana and Shiva is the ultimate experience. If Shiva is the goal, then bhakti is the means. Once again, ask yourself, 'Who was there before creation and who will be here afterwards?' You will receive the answer, 'Before creation, Shiva was there and he will be there after creation, and Shiva and Shakti are not different from each other.

Shiva is the transcendental reality of this creation and the stories in this book are connected with his Lila or divine play throughout the different ages. Some of the stories depict his transcendence, while others are symbolic. For example, it is said that the moon god had twenty-seven daughters. The gods represent the different forms of the energies that pervaded creation after the Big Bang. These energies eventually solidified into the planets and constellations as we know them today.

The stories related to Kartikeya and Ganesha, the sons of Shiva and Parvati, represent different aspects of this transcendental reality. Kartikeya, the first born, is essentially the offspring of Shiva. He was born from Shiva's third eye, the eye of wisdom, and he represents the pure jnana aspect of being. It is said that six mothers, the six krittikas, nursed him. The individual journeys through the six chakras and evolves to the state of wisdom in sahasrara. This state of jnana is accompanied by non-attachment or vairagya. This is what is conveyed in the story of Kartikeya, when he leaves behind his parents in Kailash and settles in the South.

The other son is Ganesha, who is born of Parvati and later accepted by Shiva. Ganesha represents the higher mind and is the first evolute of Shakti. We can say that the manifest creation begins with his birth. In human existence, it is said that Ganesha stands for the lower brain, which includes all the autonomic functions. One has to develop awareness of these functions before one can have access to the higher functions of the brain. As one progresses on the path of evolution, one will be able to piece together more insights into this symbology. 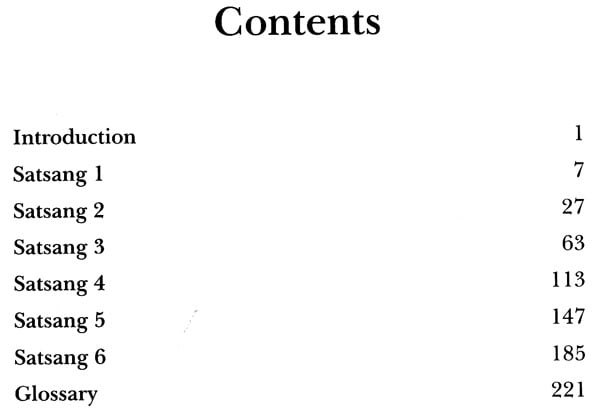 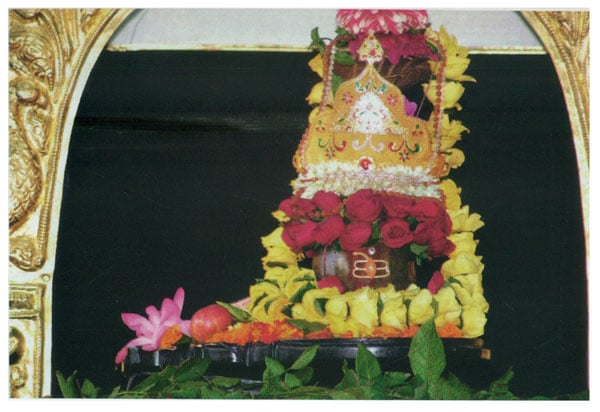 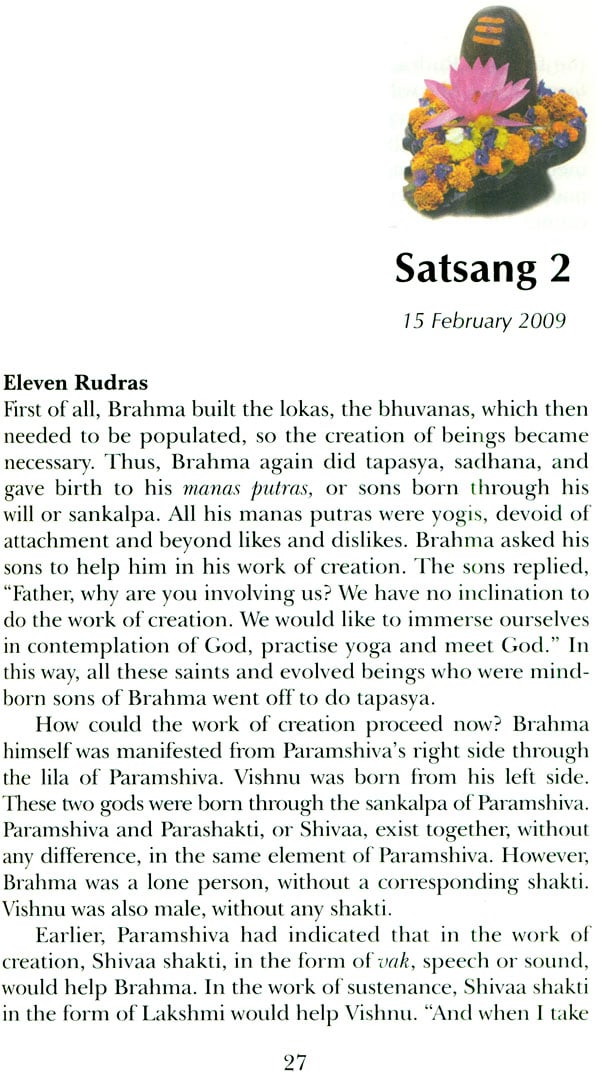 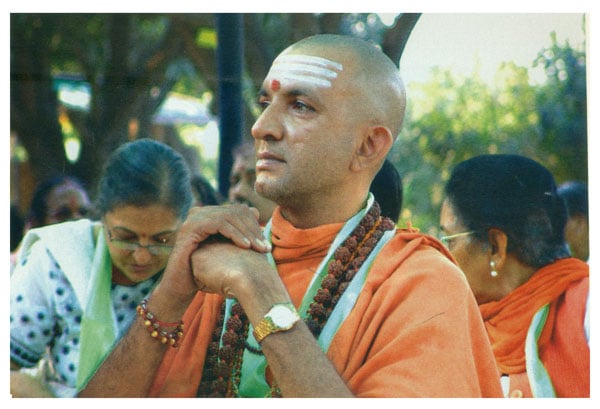 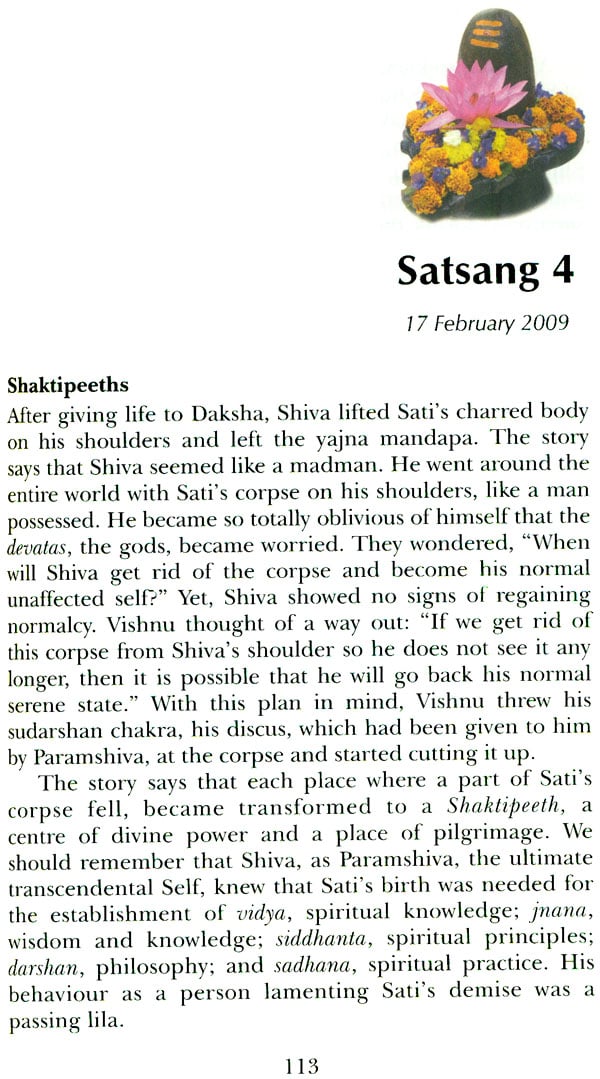 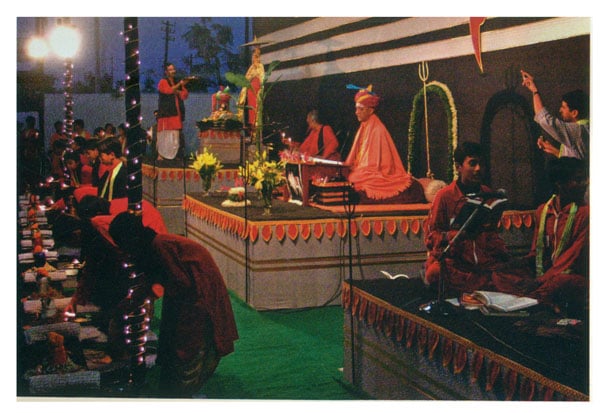 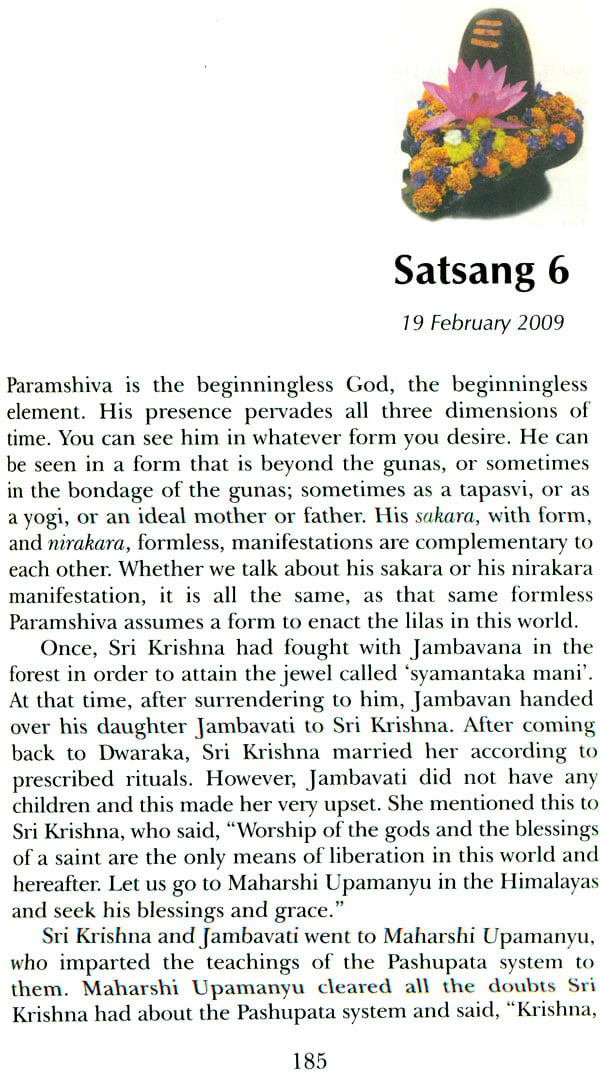 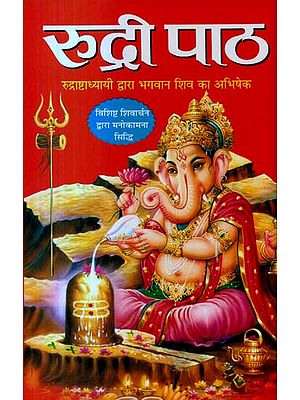 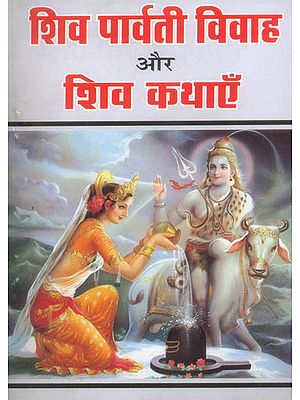 Rudra the Idea of Shiva
By Nilima Chitgopekar
$29
FREE Delivery 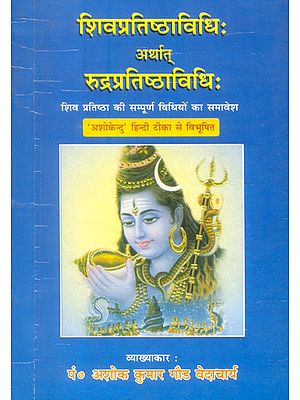 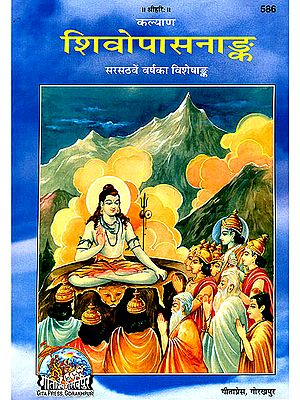 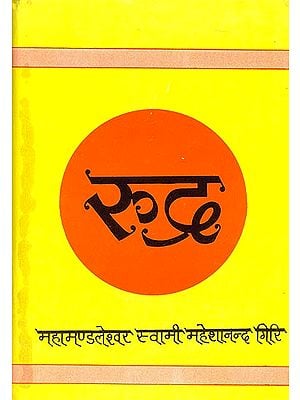