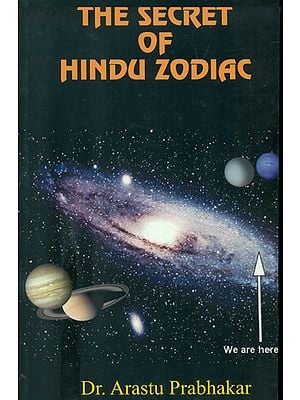 The Secret of Hindu Zodiac

Dr. Arastu Prabhakar is a well known Astrologer of India having advanced skills in horary astrology. He was awarded Doctorate by Vikram Shila University, Bhagalpur, Bihar for his research work in Astrology. He is widely read author of many books on Astrology. He is also contributor of research oriented articles to various Astrological Magazines like The times of Astrology and Modern Astrology.

''The secret of Hindu Zodiac" is a unique presentation. There have been a number of books written about Jyotish and how to practice it, there have been hardly any efforts on attempting to understand the reasoning and the probable cause of Jyotish prescription. Fundamental question like why a planet is exalted, why the vimshottari dasha, why the Ayanansh have rarely been addressed. This book is a well researched, highly creative and ambitious effort to answer these and several other relevent questions about Jyotish.

Shri Arastu Prabhakar has been practicing Jyotish for more than three decades. He has delved deep in ancient scriptures to bring out Jyotish related material. He has extensively studied the contemporary works of Shri S B Dixit and others. He has also made sincere efforts to co-relate the text to astronomical parameters. All these make a fascinating reading. Rarely has there been a book which has also looked into the mathematical aspects and tried to link mathematical calculations in understanding the basics of Jyotish.

Shri Arastu has gone to the extent of proposing an Aarastu Ayanansh. They say that taste of pudding lies in its eating. It is now incumbent on the readers to attempt Jyotish readings through these proposed Ayanansh.

In particular, the linkages of the Nakshatras and their nature are intresting and would encourage readers to try and make a better utilisation of impact of Nakshatras in horoscope reading.

I would like to congratulate the Author for this excellent contribution to Jyotish literature and recommend that this book be read by all interested in understanding the basics of Jyotish. May there be many such more books.

Jyotisha, often wrongly translated as astrology, is far more comprehensive than what its English equivalent conveys. It is comprised of three sections, namely, Ganitha or mathematics including Gola or spherical astronomy, Samhita or the study of connections between celestial motions and terrestrial phenomena such as national and international developments, natural calamities, weather and agriculture as also wars and migrations and the last branch being Hora or predictive astrology related to individual births and which branch is an integral part of the social life of our country. The last few decades have seen, thanks to the life-long efforts of the Father of Modern Astrology Dr.B.V.Raman, a spurt in the field of literature on Jyotisha, but it has been largely confined to the Hora branch or predictive astrology.

Ganita forms the basis of the other two branches of Jyotisha and requires a certain level of proficiency in mathematics. It also calls for an in-depth study of several ancient works such as the Vedas, the Rig Veda in particular, as also the Surya Siddhanta, the Panchasiddhantika, Vedanga Jyotisha of Lagadha and other works of this genre as also of later astronomers such as Aryabhata, Bhaskar I and II and other mathematicians. The author's present effort is therefore a welcome initiative in the Ganita branch of Jyotisha dealing as it does with the Zodiac and the Dasa systems as also the Nakshatras which form the matrix of both Samhita and Hora. He appears to have made an extensive study of ancient astronomy works of the Hindus and the Jains before coming up with this dissertation on the subject of the Bhachakra and the much discussed and debated topic of Ayanamsa. In the process, he comes up with another value of Ayanamsa , Arastu Ayanamsa, which the research-minded can experiment with.

The author's tracing of the number of Nakshatras to 24 and later, to 27 are thought-provoking and he rightly credits Balagangadhar Tilak with providing the list of the 27 Nakshatras for the first time. His views placing Vedanga Jyotisha between 100 A.D and 150 A.D. are difficult to accept as they may not be supported by evidence available that clearly points to its date to a far far anterior period. Likewise, his attempts to explain the periods allotted to each planet in the Vimshottari Dasa scheme though apparently logical may be open for review.

The author has made out a passionate case for the Dasas beginning from both Krittika and Aswini as also the evolution of Kalachakra Dasa which gives much food for thought. His analysis of the dates of Parasara and Varahmihira raises questions on the possibility of more than one individual bearing these names. He argues there were 5 Parasaras at different points of time based on Slokas on the Ayanas drawn from different works such as Rig Veda Mandala I, Suktas 65 to 73 (attributing them to Shaktiya Parasara), Parasara Samhita, Vishnu Purana, a second Parashara Siddhanta contemperous with Arya Siddhanta of Ayrabhata II and Brihat Parasara Hora Sastra respectively but which need to be critically examined.

The author has certainly exerted himself to explain many factorss from ancient Indian astronomy but at the same time, he raises more questions than answers that need to be addressed. The volume is worthy of serious study for the many controversial statements it carries. 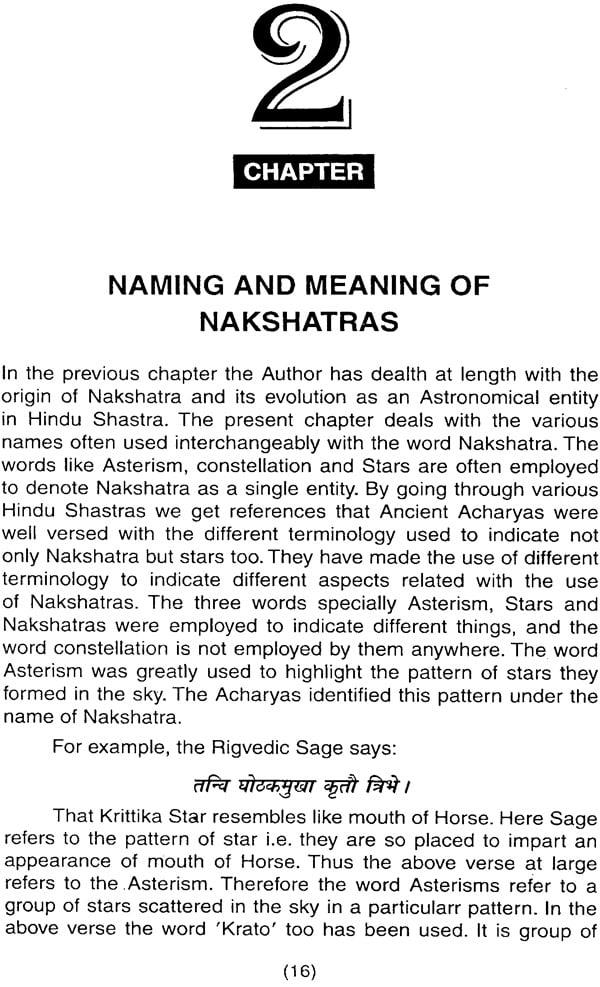 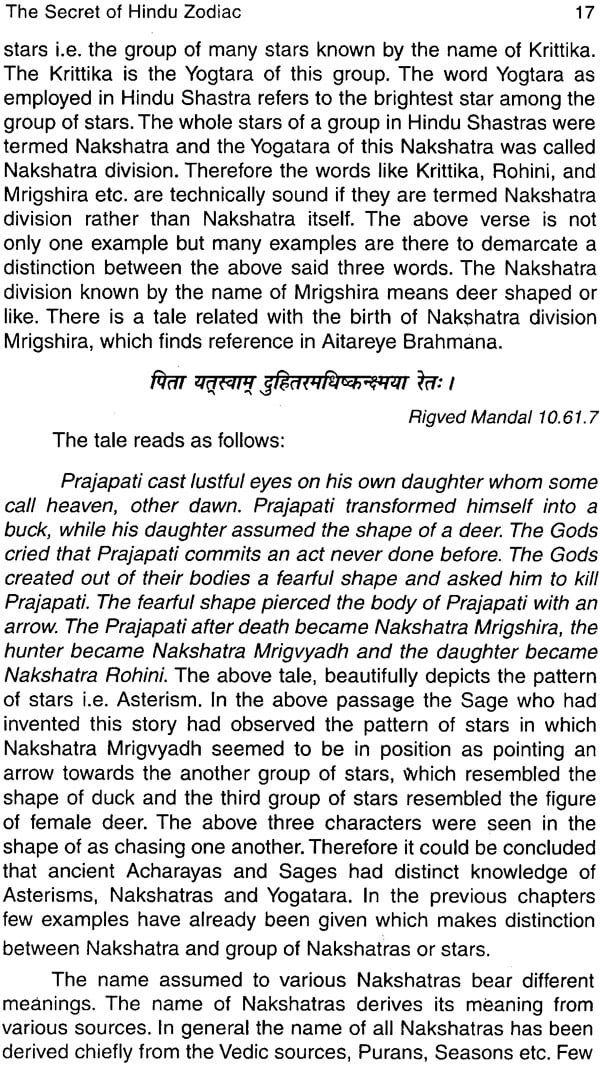 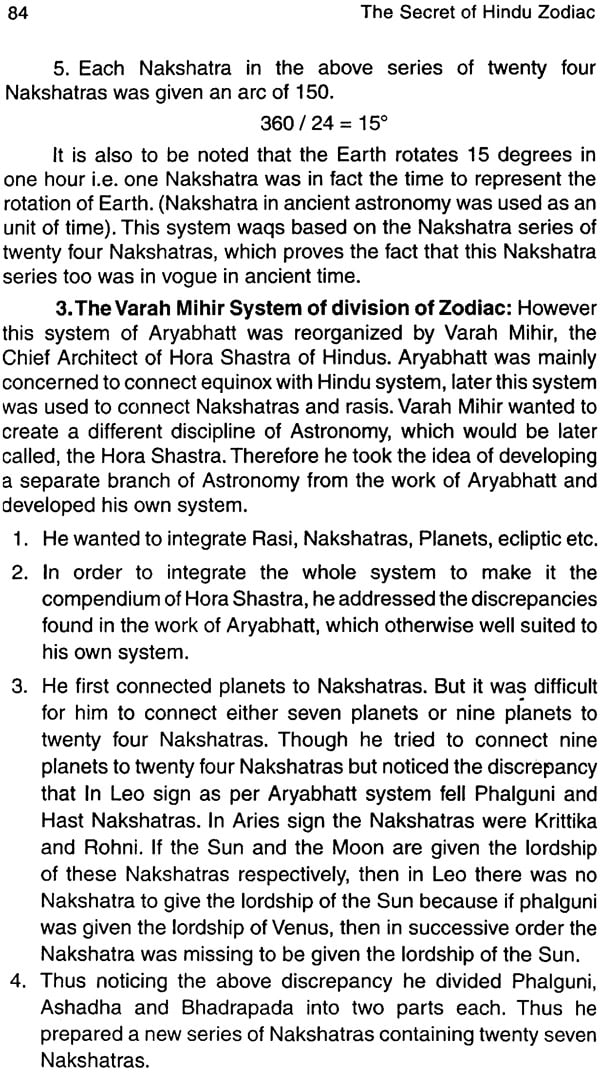 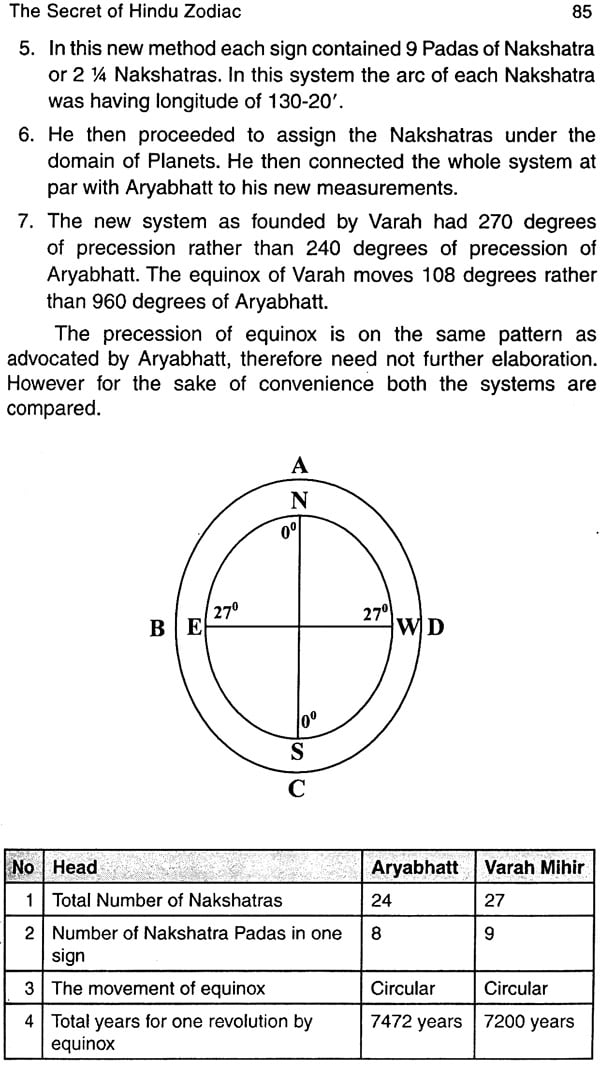 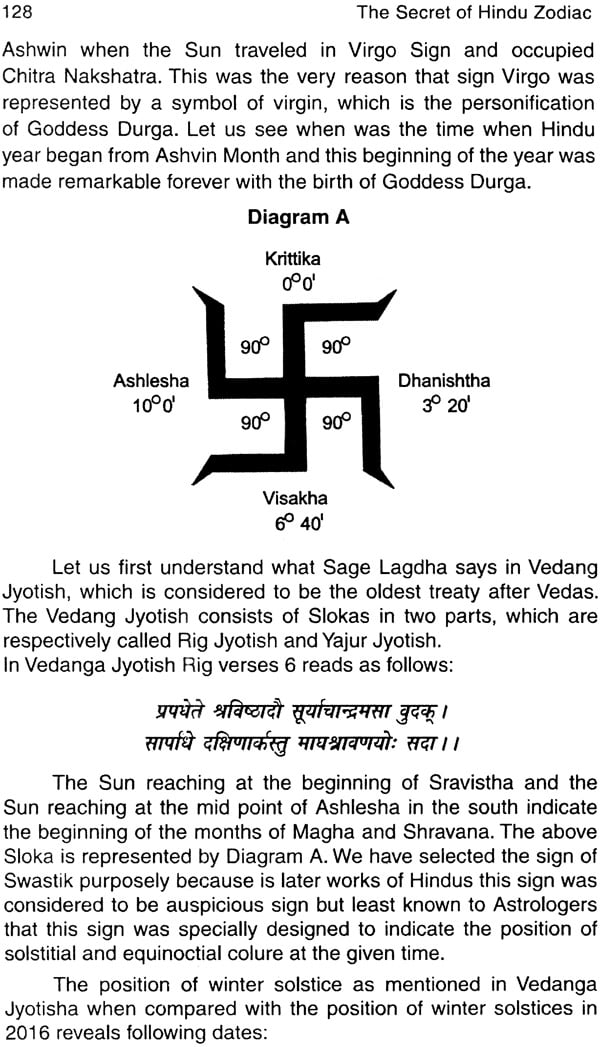 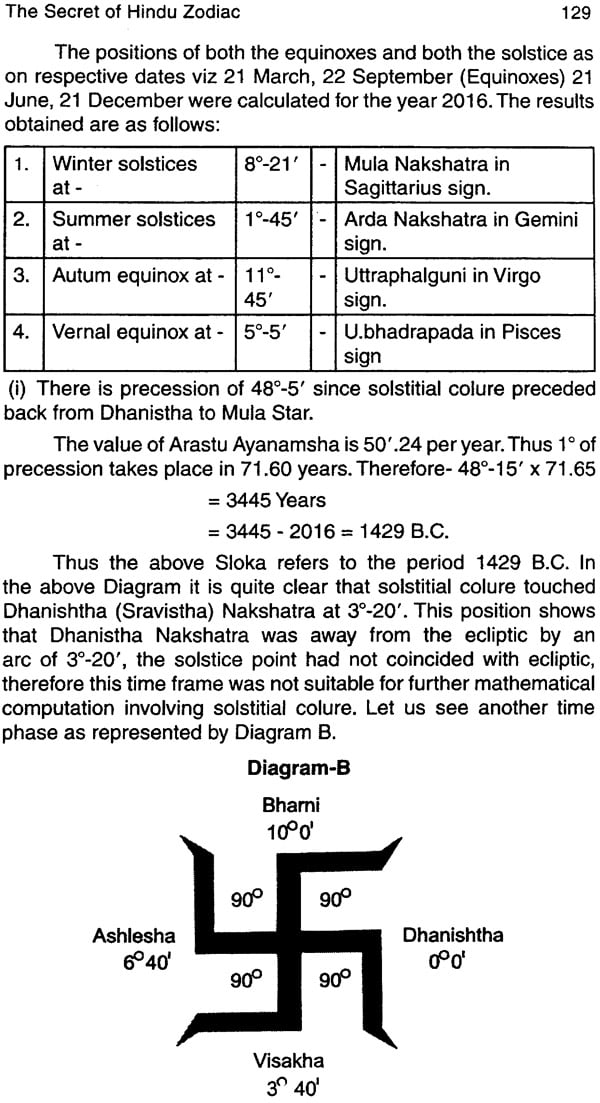 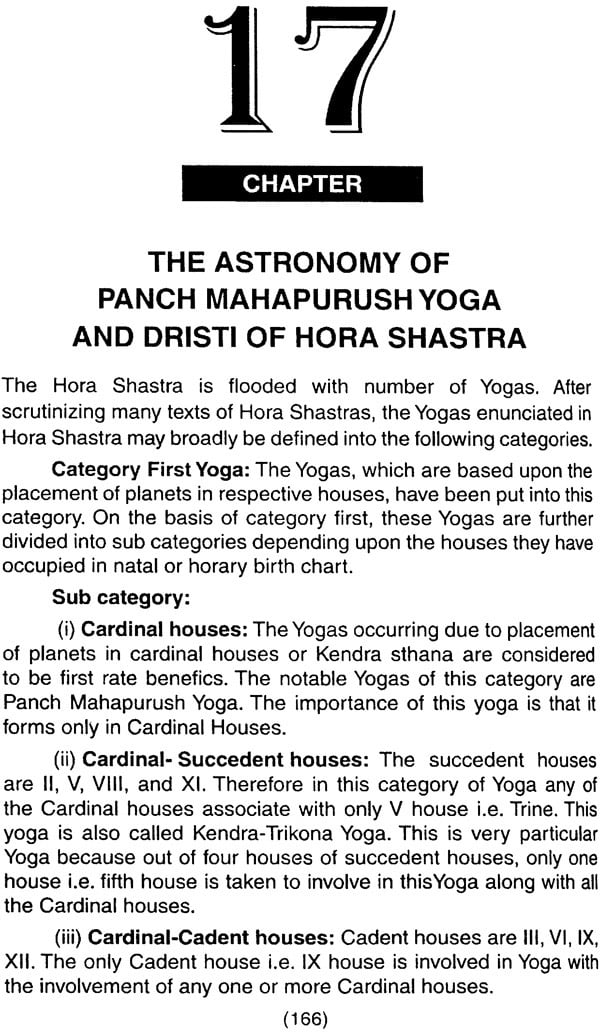 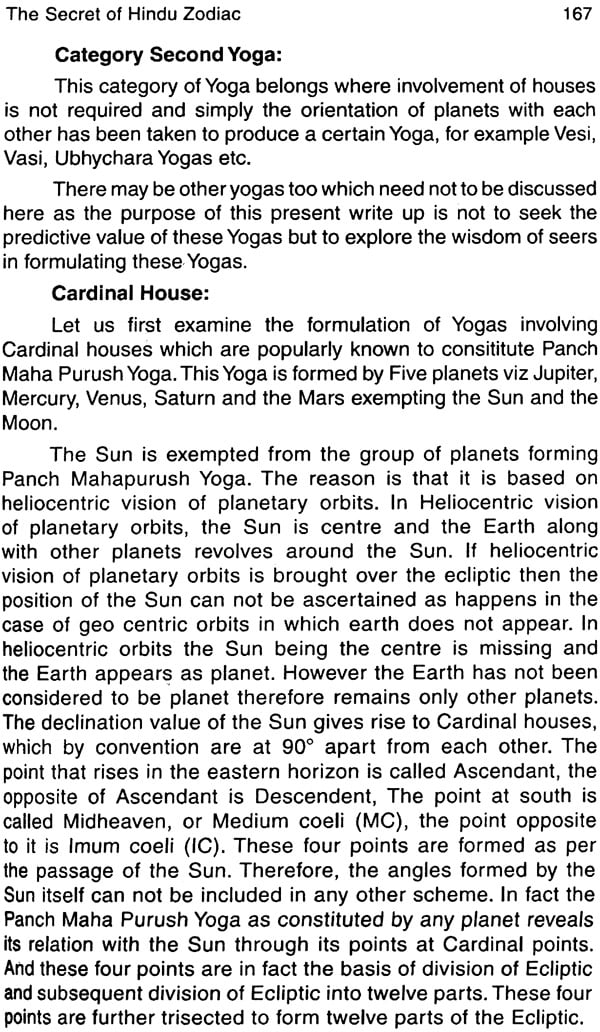 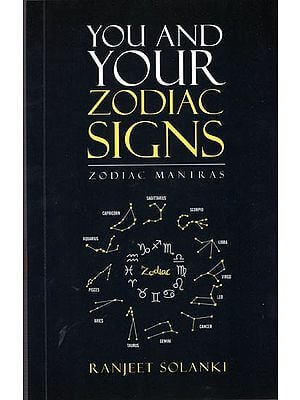 You and Your Zodiac Signs (Zodiac Mantras)
By Ranjeet Solanki
$11 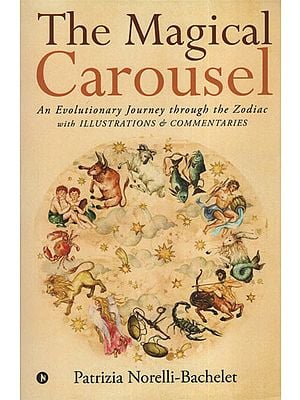 The Magical Carousel (An Evolutionary Journey Through The Zodiac with Illustrations and Commentaries)
By Patrizia Norelli-Bachelet
$23.20
FREE Delivery
$29  (20% off) 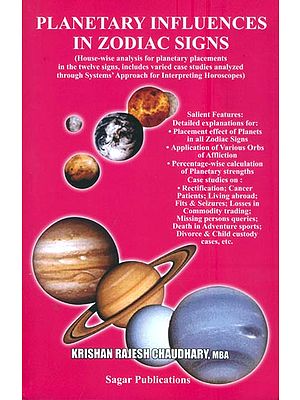 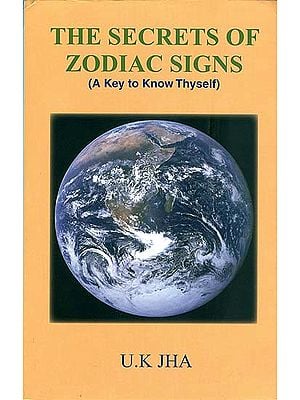 The Secrets of Zodiac Signs (A Key to Know Thyself)
By U. K. Jha
$49
FREE Delivery
Best Seller 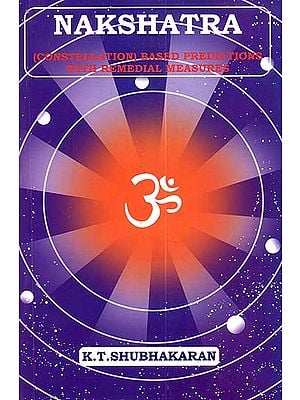 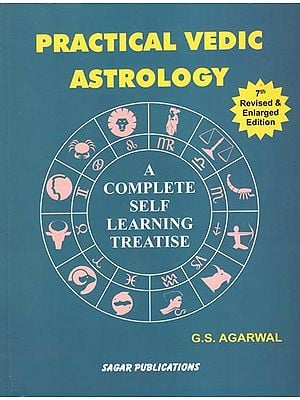 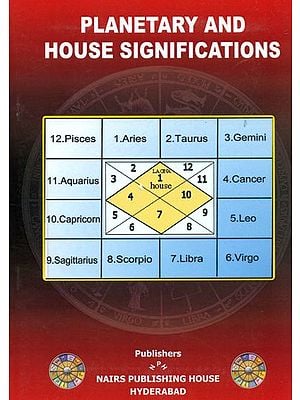 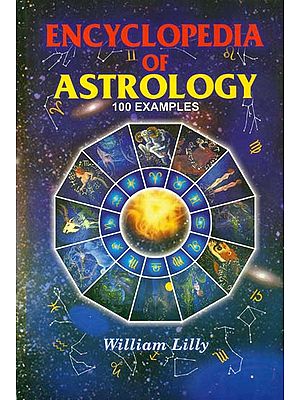 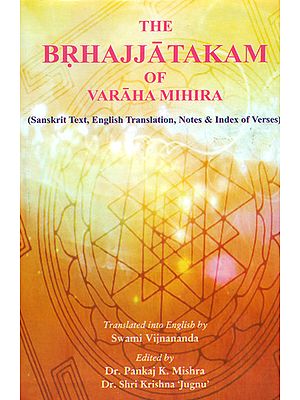 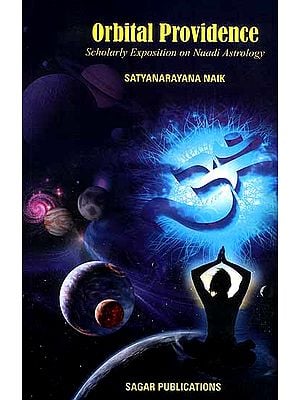