The volume comprises seminar presentations by experts from India and abroad involved in the study of development of the natural sciences in ancient India. It offers eighteen papers from the seminar that showcase and project the Vedic literature as a treasure trove of vast knowledge that covers various branches of learning. The papers in particular discuss the ancient developments in science and technology: logic, mechanics in Sanskrit literature, Indian mathematics and its application in the Vedas, besides production technology and mechanical engineering, environmental science and roots, applicative wonders and scientific validation of Ayurveda. They involve a deep study of the Vedic understanding and description of sound and speech as para, pasyanti, madhyama and vaikhari. They also deal with the Indian perspective on the spirit and some mahakavyas of Indian philosophy. They scrutinise various theories on matter, causation, metals, dreams and motion, according to the Vaisesika philosophy and underline the relevance of ancient knowledge to the contemporary world, especially in relation to the Vedic physics, environmental science and Ayurveda. They reiterate in unison the scientific vision of the ancient sages who held the keen eye of a poet-artist even while bringing to light modern and advanced ideas. The papers include references to various commentaries and studies on scientific and mathematical treatises, like Katyayana’s Sulbasutra and Vaimanikasastra of Bharadvaja.

The book will interest Indologists, particularly concerned with the study of ancient science, technology and mathematics, as they evolved in ancient India.

Dr. Bal Ram Singh is the Director of Center for Indic Studies at UMass — Dartmouth. As a Professor of Biophysical Chemistry and Henry Dreyfus Teacher- Scholar, and the Director of Botulinum Research Center, he has been conducting research since 1990, on botulinum and tetanus neurotoxins, and lately also on yoga, mind, and consciousness. He has published three books and over 200 articles. He is the editor of the journal Light on Ayurveda and International Journal of Indian Culture.

Dr. Girish Nath Jha is Associate Professor at the Special Centre for Sanskrit Studies, Jawaharlal Nehru University (JNU), specialising in computational linguistics. He has an honorary appointment at the Center for Indic Studies, University of Massachusetts, Dartmouth, USA, as Mukesh and Priti Chatter distinguished Professor of History of Science. Dr Jha has studied computational linguistics from JNU and from University of Illinois, Urbana Champaign, and has worked as software engineer in USA before joining JNU in 2002. Dr Jha has publications from Springer Verlag, Cambridge Scholar Publishing, Lambert Academic Publishing, among others, and is on the editorial board of a leading journal from Springer.

Dr. Umesh Kumar Singh obtained his doctorate in Sanskrit from Delhi University and has worked as a research associate for the Center for Indic Studies, University of Massachusetts, Dartmouth, USA. His earlier education (M.PH1.) has been from Delhi, Banaras and Allahabad universities. Dr Singh has been awarded JRF from the UCC and has worked as a linguist in a machine translation project sponsored by the Dept. of IT (Govt. of India) at Special Centre of Sanskrit Studies, JNU.

Diwakar Mishra is a Ph.D. student at the Special Centre for Sanskrit Studies in JNU in the area of Sanskrit Computational Linguistics. He is working towards developing a Sanskrit Text to Speech (US) system for his Ph.D. in collaboration with Microsoft Research India where he worked as a research intern. He has also worked as a research associate for the Center for Indic Studies, University of Massachusetts, Dartmouth, USA. His MA. and M.Phil degrees are in Sanskrit with specialisation in Sanskrit Computational Linguistics from the Sanskrit Centre in JNU.

Indian culture and traditions, derived from a comprehensive philosophy of the Vedas and other texts of ancient times, contain many versatile feats in science and technology. The questions frequently asked are what happened to this knowledge? If these scientific advancements existed then, how did they disappear? How to trace them back? The answers to such questions are complex, yet obtainable. There are historical, political, social, cultural, and economic reasons for non- availability of the records of the ancient knowledge systems. However, given the amount of literature available in India in Sanskrit and other languages, it is not insurmountable to trace ages old scientific and technological knowledge, and weave through the ancient knowledge coherently to not only record the existence of such knowledge but also to build up theories and practices based on such knowledge under the tutelage of modem science and technology. The challenge, really is, to look for the original manuscripts, translate them into English, and translate them scientifically, so that the material becomes comprehensible within the modem scientific paradigm.

This challenge was thrown to the Center for Indic Studies at UMass, Dartmouth, by a prominent Indian American, Mukesh Chatter, whose BVM Foundation provided the initial seed funds to explore this project. Resources were in part used to recruit a Mukesh and Priti Chatter Distinguished Professor of History of Science. Girish Nath Jha, a computational linguist, from the Special Centre for Sanskrit Studies at Jawaharlal Nehru University GNU) was appointed as the first Mukesh and Priti Distinguished Professor.

The centre under the leadership of Dr. Jha organised a one-day seminar on “Science and Technology in Ancient Indian Texts (Satiait)” on 18 June 2009 at Dev Sanskrit Vishwavidyalaya, Haridwar, inviting several experts in the field of scientific exploration of the Indian traditions and practices. That group recommended an open national seminar to seek inputs from various fields — Sanskrit, philosophy, history, computer, physics, chemistry, engineering, etc. The seminar was organised on 9-10 January 2010 at JNU, which attracted several prominent scientists, engineers, mathematicians, Sanskrit experts, and philosophers.

There are certain elements of observations made by several authors, which are quite encouraging for an eventual formulation of a historical perspective and practical ideas based on the ancient knowledge. While the larger challenge of creating more comprehensive collection of testable science and technology in ancient India remains to be addressed, the proceedings of the first national seminar on Satiait present a robust beginning which should invariably become a foundation for future progress.

In addition to our heart-felt gratitude to Mukesh and Priti Chatter, we would like to thank colleagues at the JNU, especially those from the Special Centre for Sanskrit Studies and Centre for Philosophy, whose association was critical for this programme, and who continue to be involved in this initiative. Girish Jha, Umesh Kumar Singh, and Diwakar Mishra deserve special mention not only for their leadership in organising the seminar, but also for their great contribution in the editing process of this volume. Finally, we acknowledge the Center for Indic Studies at UMass, Dartmouth, for its continued support to this project. 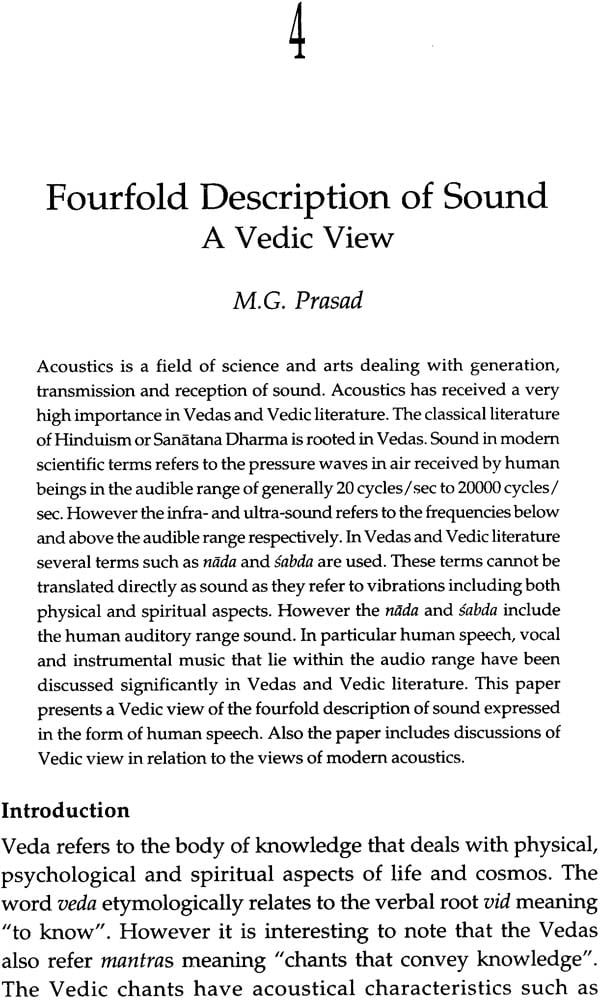 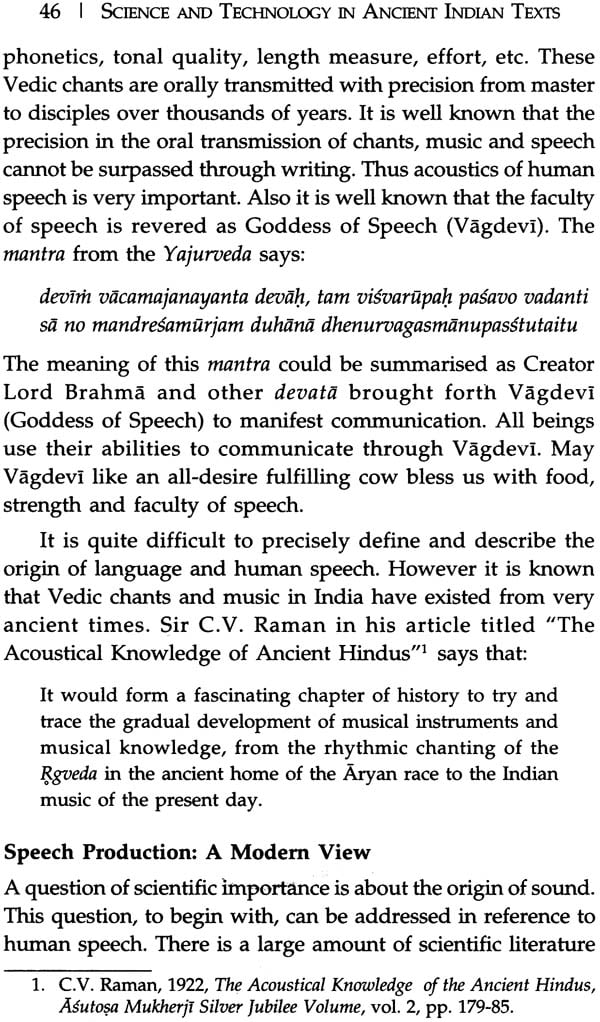 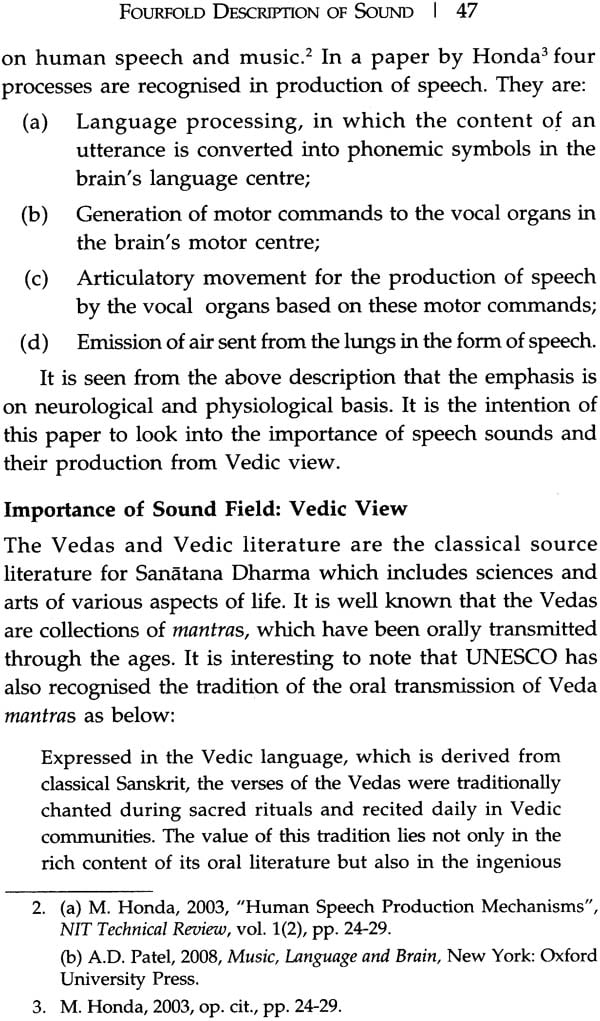 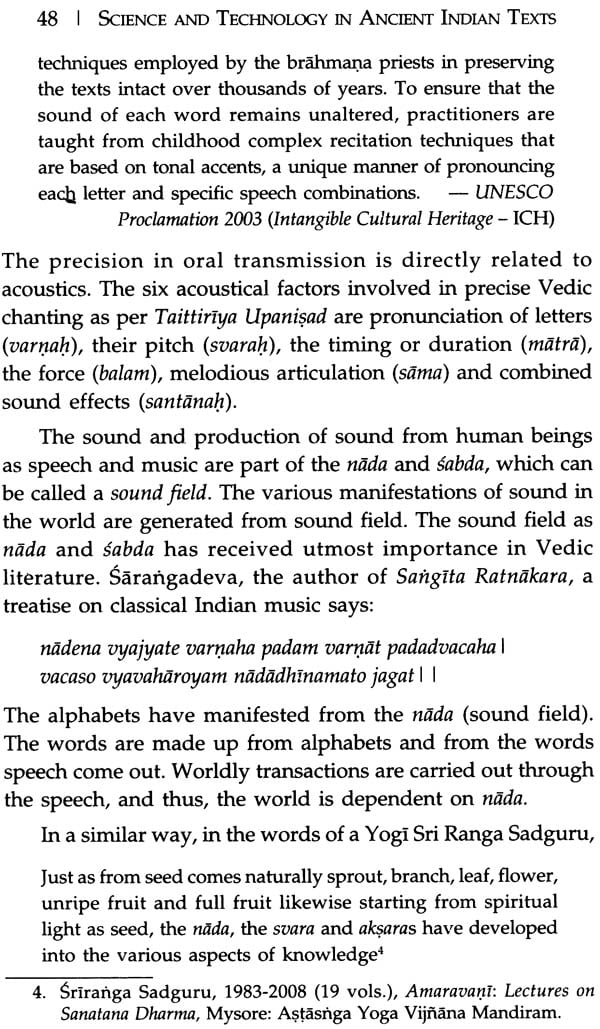 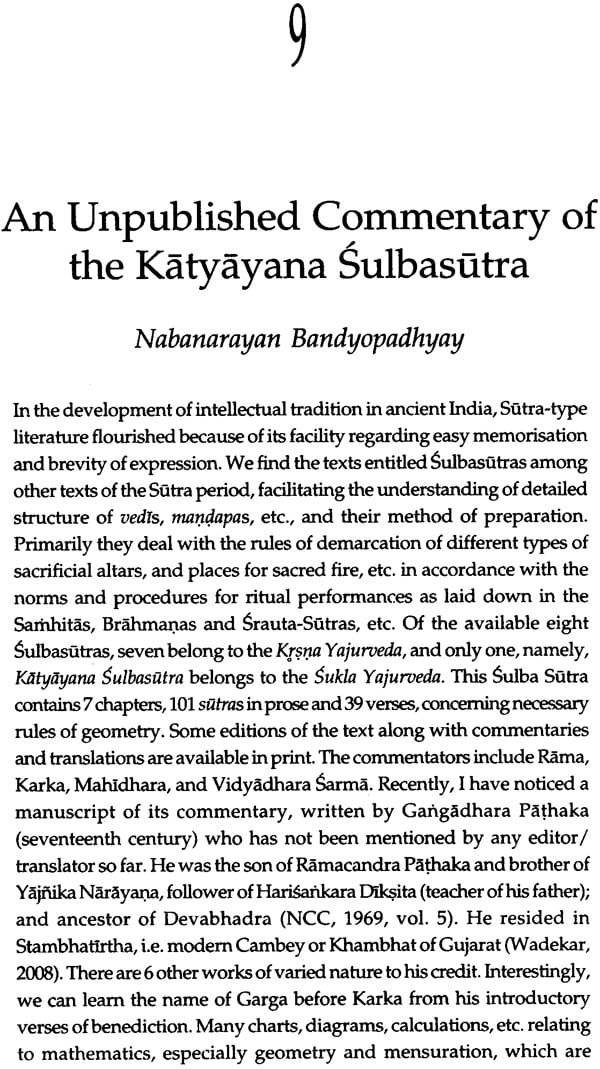 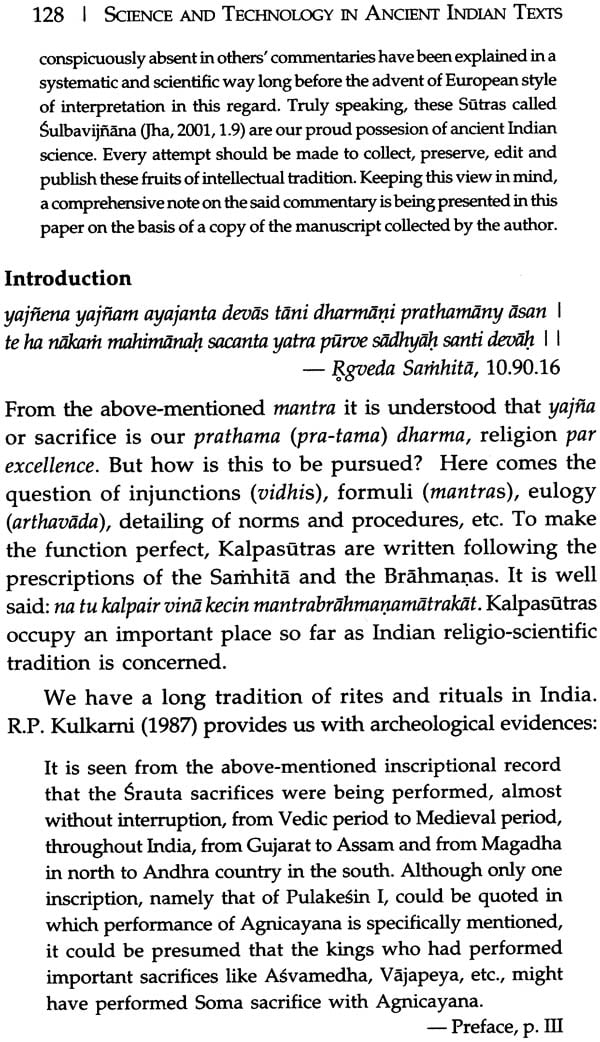 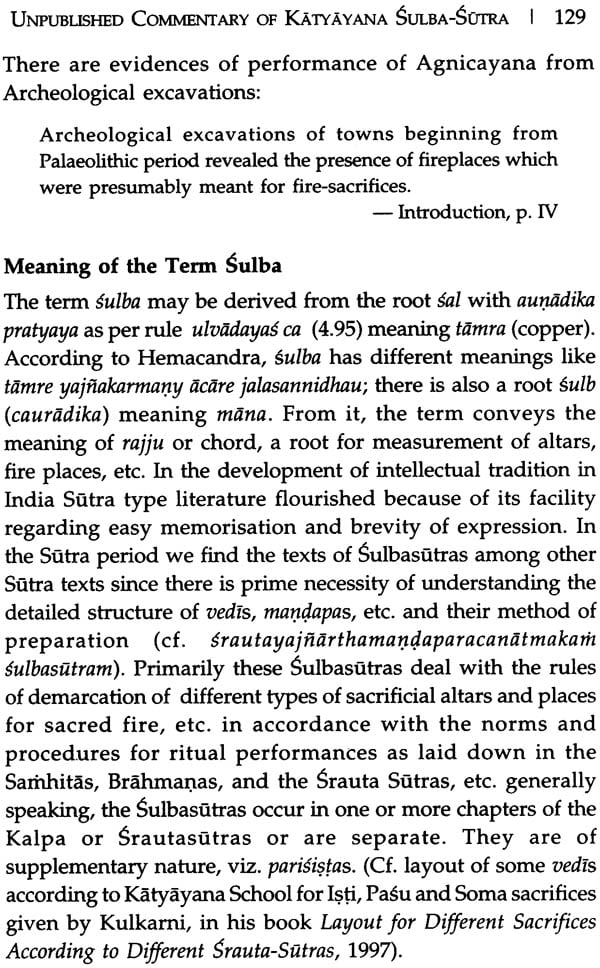 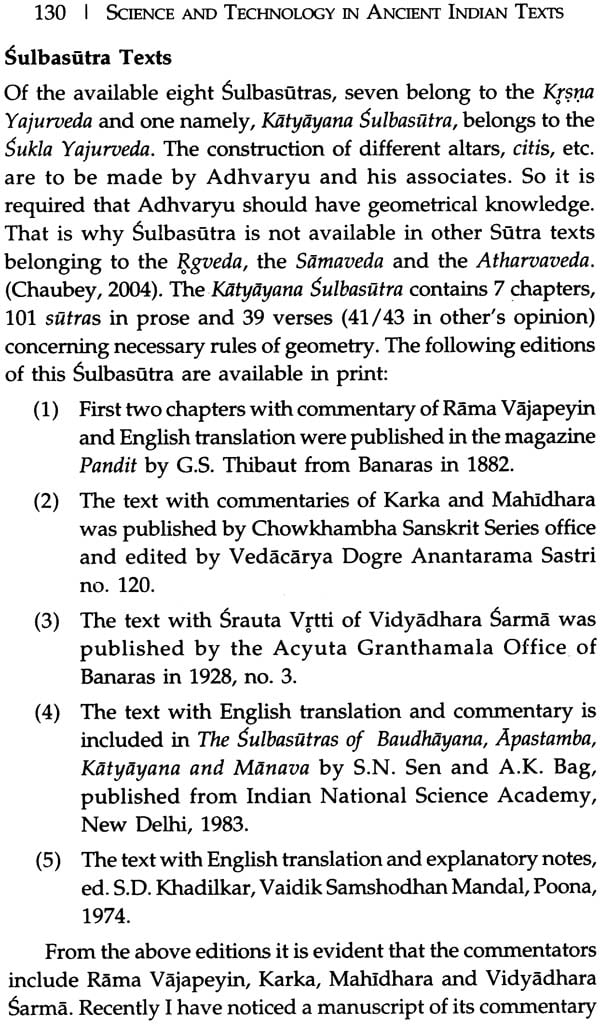 Aspects of Ancient Indian Technology (An Old and Rare Book)
By H.C Bhardwaj
$39
Out of Stock Glimpses of India Engineering and Technology: Ancient and Medieval Period
By R.P. Kulkarni
$64.80
FREE Delivery
$72  (10% off)