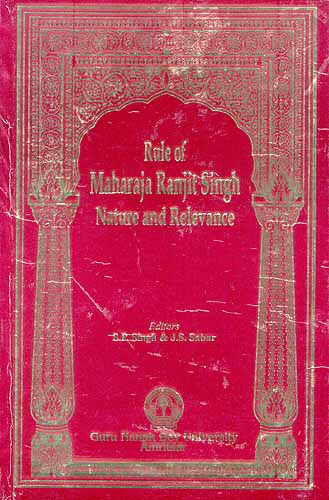 The reign of Maharaja Ranjit Singh was characteristically different from all his contemporaries and predecessors as well. He accomplished the task of the political unification of the Punjab and brought about peace, prosperity and all round development in every aspect of the life of the people of Punjab. The Maharaja was a secular ruler in the true sense of the term. He was devout sikh; listened the bani from Sri Guru Sahib every day; paid homage at Sri Darbar Sahib frequently; made eleborate offerings in terms of money, gold and canopies. In his running of the state, however, he was always careful about the merits of persons to be appointed as administrators and generals. From the discussions in the following articles contributed by the eminent scholars of different disciplines, it can be easily made out that the Maharaja appointed Hindus, Sikhs, Muslims and even Christians in his administrative and military set-up.

The policies pursued by the Maharaja benefited all sections of society. The state policies encouraged peasants to bring more land under cultivation, with the result that the agricultural production increased and added to their prosperity. The peasantry of Punjab was much more comfortable than ever before. Likewise, there was tremendous increase and development in trade and commerce during this period and as a consequence of which, significant urban growth was witnessed in the Punjab.

Maharaja Ranjit Singh was a ruler whose parallel is difficult to find anywhere in the world. He was easily accessible to all; no capital punishment was awarded under his rule. Although several other rulers had employed Europeans in their armies, no one did succeed. The Maharaja was open to innovations and, therefore, could make the best use of the talent and experience of the Europeans to the maximum advantage of the Kingdom of Lahore. There were over sixty Europeans in his army and administrators, some of whom were nazims and commanders.

An Overview of Maharaja Ranjit Singh and His Times
By Dr. Jasbir Singh Ahluwalia and Dr. Param Bakhshish Singh
$26.25
FREE Delivery
$35  (25% off) 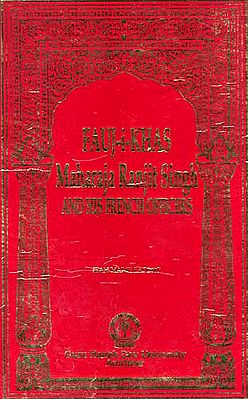 An Overview of Maharaja Ranjit Singh and His Times
By Dr. Jasbir Singh Ahluwalia and Dr. Param Bakhshish Singh
$26.25
FREE Delivery
$35  (25% off)

Maharaja Ranjit Singh: The French Connections
By Jean-Marie Lafont
$30.75
FREE Delivery
$41  (25% off)
Add a review
Have A Question